Superhero fans have a lot to be excited about right now! Not only is there a great line-up of movies within the whole Marvel Universe coming out in the next couple years, but there is more superhero fun being added to Disneyland as well. Kicking off all the Marvel fun (in 2017) is “Summer of Heroes”, with a notable heroic presence at the Disneyland Resort – especially in Disney’s California Adventure Park. (**UPDATE – new park annouments at the end of the post)! I had the pleasure of getting a little sneak peek of all the fun during grand opening media event for all new Guardians of the Galaxy – Mission: BREAKOUT attraction and I can’t wait to get back with the entire family to share in the fun! 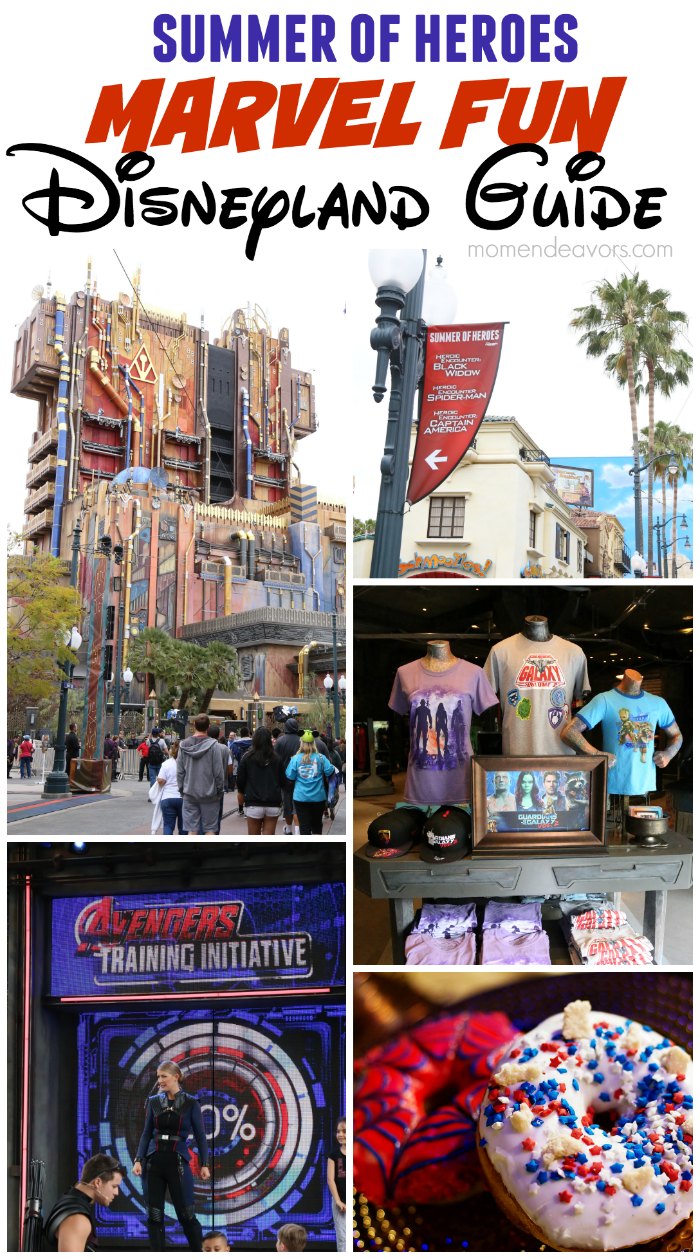 So as you plan your next Disneyland trip, you’ll want to make sure you “Hero Up” with these must-do Marvel experiences:

THIS RIDE IS SO FUN! Really! Not only is the first (and currently ONLY) Marvel-themed attraction at any U.S. Disney Park, but it really is just such a great ride! I’ve ridden 11 times so far and cannot wait to get back to the park to go again. For a detailed look at the ride (including the queue and a hilarious video of me ONthe ride), head over to our in-depth attraction post here –>  7 reasons to ride Guardians of the Galaxy – Mission: Breakout! 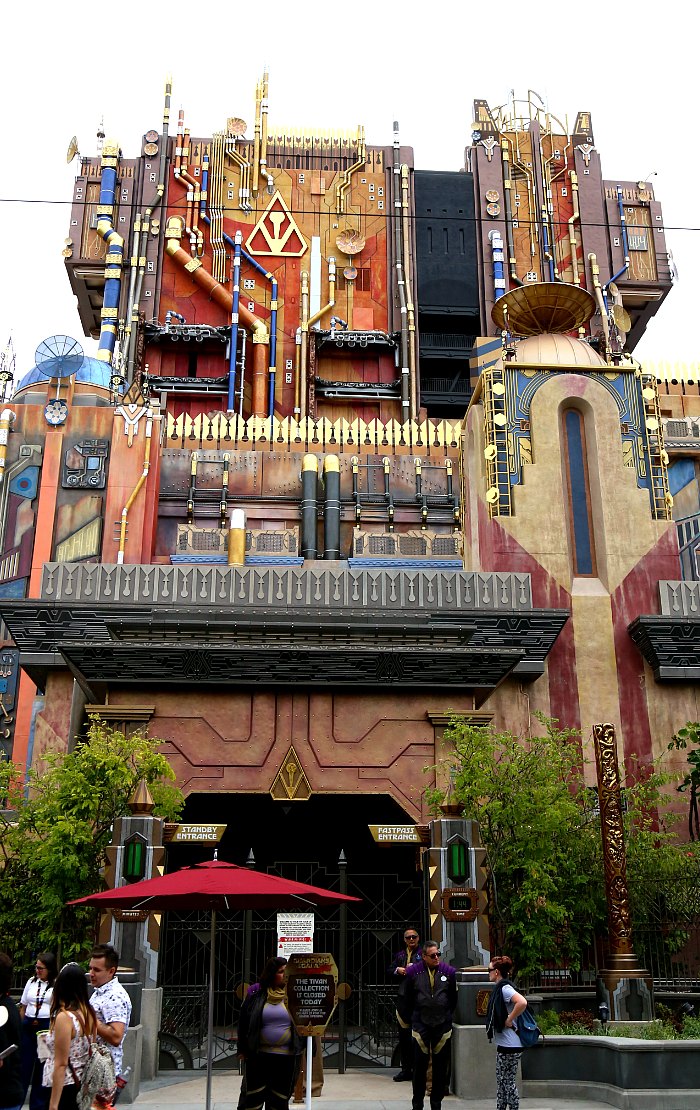 Kids will LOVE participating in the Avengers Training Initiative on the Hollywood Backlot. Young Avengers learn defensive and attack maneuvers to defeat the villain Arnim Zola (who is known by Captain America fans to be from the evil HYDRA organization). The you heroes-in-training will learn from Black Widow & Hawkeye and even a video appearance from Tony Stark. *Update – Here’s a look at some parts of the show:

Similar to Jedi Training, kids ages 6-12 can participate in the training. If your kids want to be a recruit, be sure to head to the sign-up kiosk in the Hollywood Backlot near Stage 17 and Sunset Showcase Theater (Ask a Cast Member if you are unable to locate the kiosk) Registration for each day’s shows begins when Disney California Adventure Park first opens, including Extra Magic Hours and is offered on a first-come basis! So be sure to figure that in to your day’s plans. 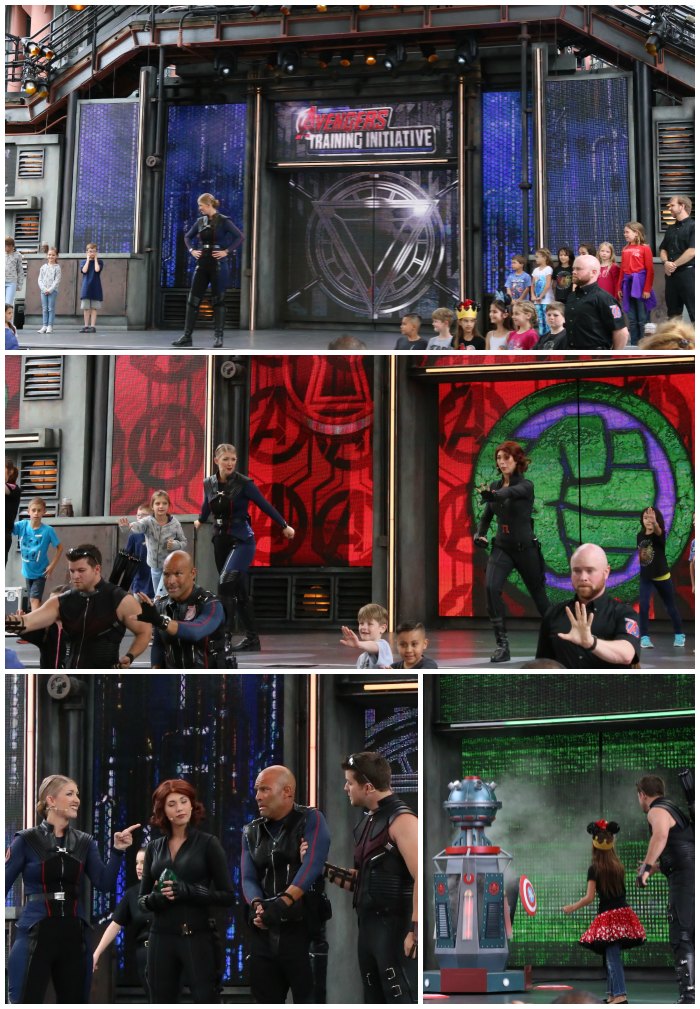 In addition to the Avengers Training fun, there are various superhero encounters and photo ops for all ages! You can find Black Widow canvassing the Hollywood Back Lot, interacting with guests and civilians in a black armored vehicle, known as the Avengers Armored Transport. Outside a New York Police Station, decked out in red, white and blue bunting, you can meet Captain America and Spider-Man. Then there’s the “Guardians of the Galaxy: Awesome Dance Off” where you can Star-Lord, Gamora, and Groot for some 1970s dance music fun! 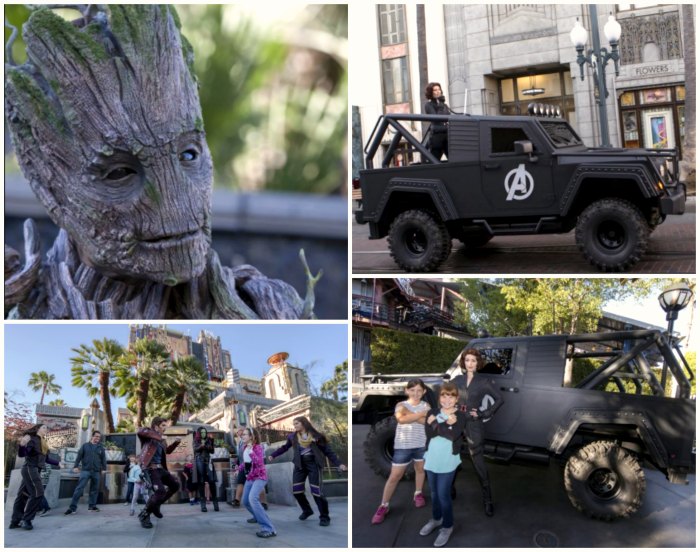 There are all kinds of fun superhero eats (and drinks)to have at six different locations in the Hollywood Land area, including Schmoozies, Award Wieners and Market Place. Guests who enjoy the Mickey-shaped sourdough bread available in Disney California Adventure will want to check out the fun, new Groot-shaped sourdough and jalapeno breads. There’s also The Most Dangerous Tacos in the Galaxy, inspired by the fiery personality of Gamora, featuring barbacoa, green onion slaw and habanero salsa (these are indeed fiery). 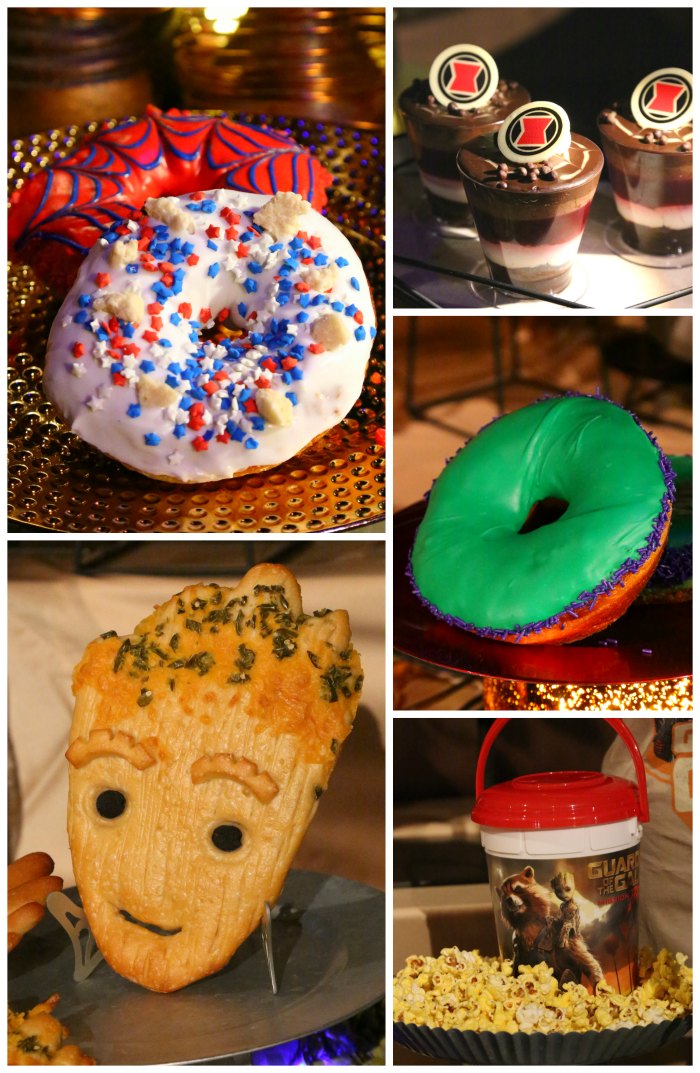 You also can’t go wrong with delicious donuts, like hulk-sized Gamma donut or the “spider bite”. YUM!!! If you miss out on these in the park, you can always make our simpler, DIY version at home –> (click for directions) Superhero Donuts. The fun food options often sell out during the day, so be sure to get yours early on! And know there may be a line! After all, who can resist Groot bread or drinking out of a Baby Groot Sipper!

And speaking of a Groot Sipper, there is Groot merchandise and fun superhero products galore! We noticed more superhero merchandise in all the big stores throughout both parks! But where the merchandise really shines is in the Collector’s Warehouse as you exit the Guardians of the Galaxy – Mission: Breakout ride! SO many fun finds that superhero fans will love! 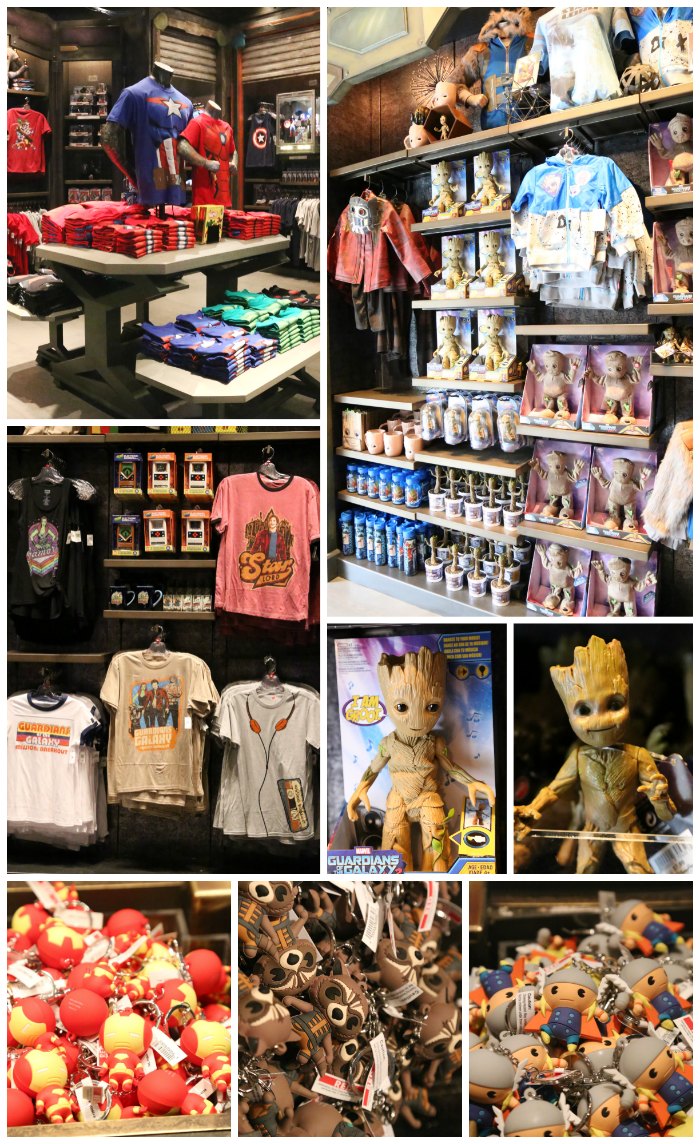 See?! SO much superhero fun to be had and it’s rumored that quite a bit more will be coming! So get ready to #HeroUp the next time you’re at the Disneyland Resort!

**Update July 2017 – At D23, it was just announced that more Marvel fun is heading to Disneyland! It sounds like there might even be a sort of Marvel land. They didn’t release full details but shared that Spider-Man and the Avengers will be joining the Guardians of the Galaxy in what will become a completely immersive superhero experience at the park! Can’t wait to learn more details in the coming months! Stay tuned… 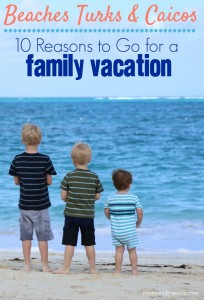 10 Reasons to Consider a Family Vacation to Beaches Turks & Caicos 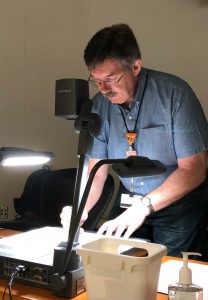 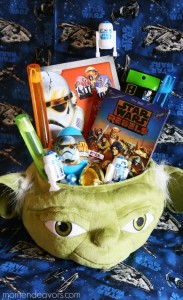 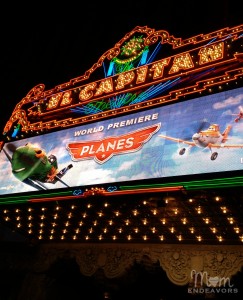