With Thor: Ragnarok smashing the box office this weekend (you can read our full Thor: Ragnarok Movie Review here), I thought it was a great time to share our fun Hulk Smash Party Activity idea! 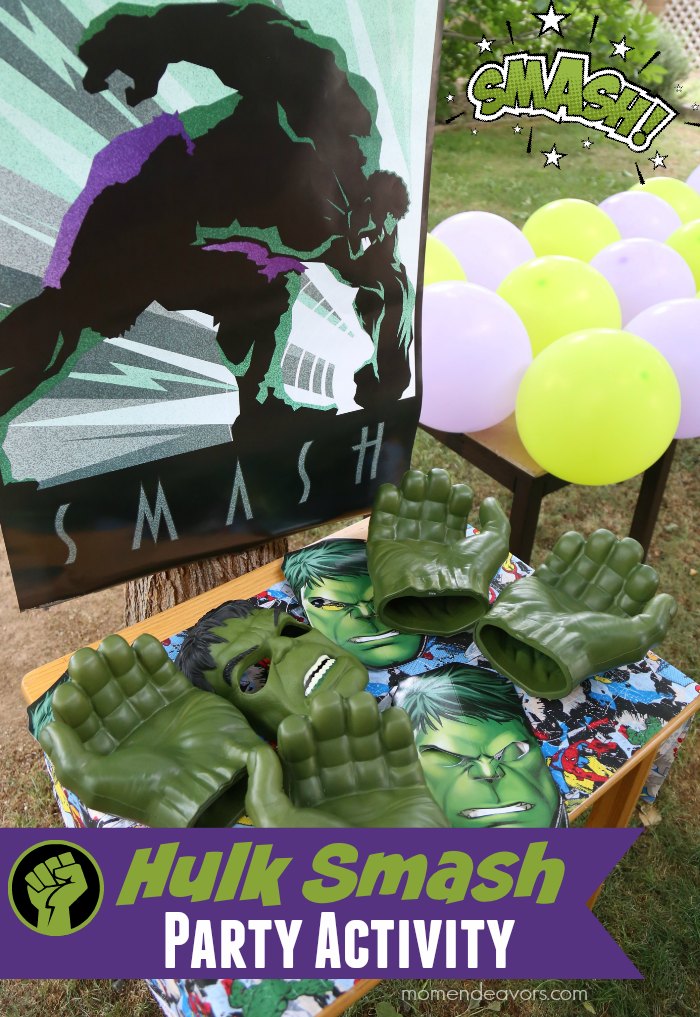 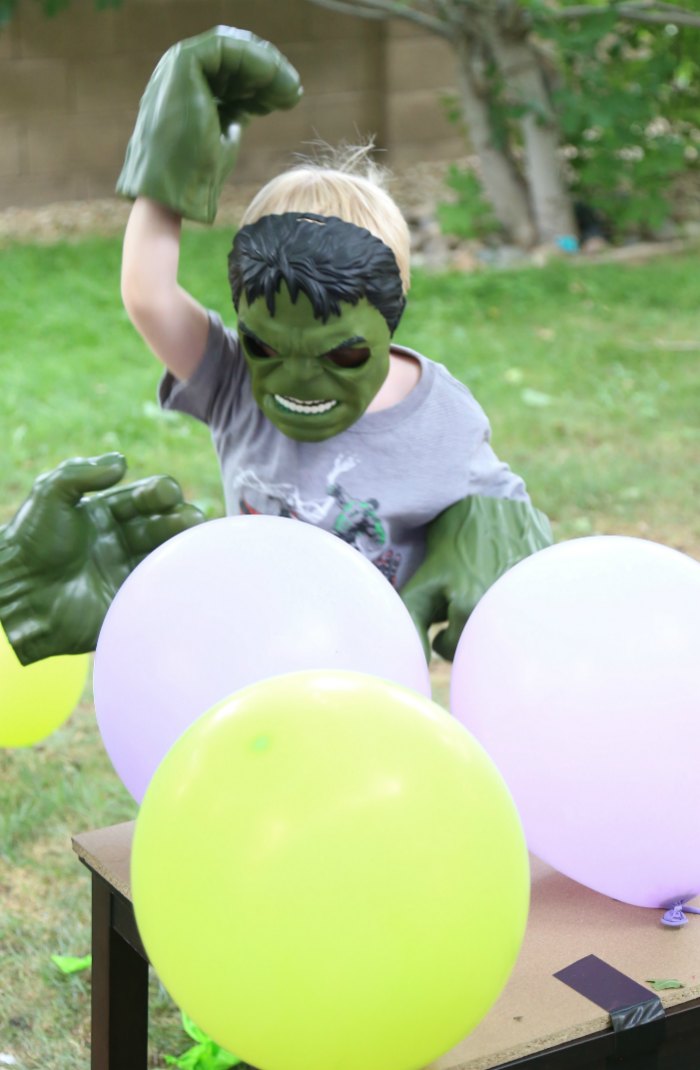 SO much fun!! We set this activity up for an Avengers party, but it would work well for a Thor: Ragnarok party, a fun movie night activity, or really any general superhero party! To really make the activity Hulk-like, you’ve gotta have the Hulk gloves! They really add so much to the fun! We’ve included some in the Amazon items below (affiliate links) and in our Thor: Ragnarok Gift Ideas post! 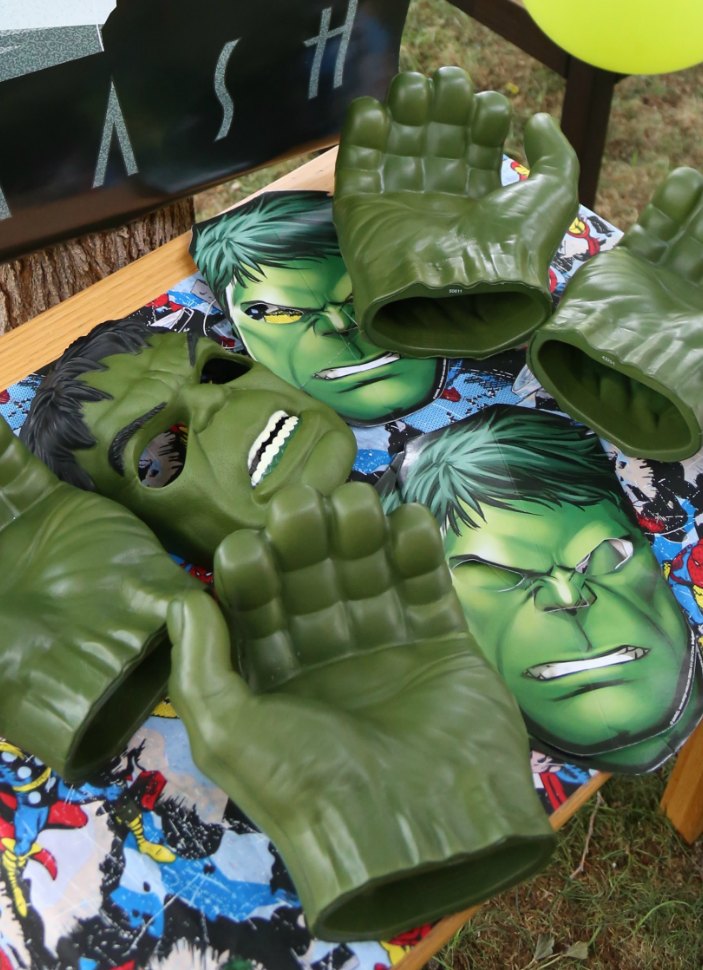 In addition to fun props like the gloves and mask, you’ll need some balloons, nails, and a board to create the Hulk Smash Activity. To set up the balloon board, we nailed balloons through their little “belly button” tails onto a large board. The nails helped attach the balloons, but also helped them pop when smashed just right. You can help keep the balloons in place by adding some duct tape as well. 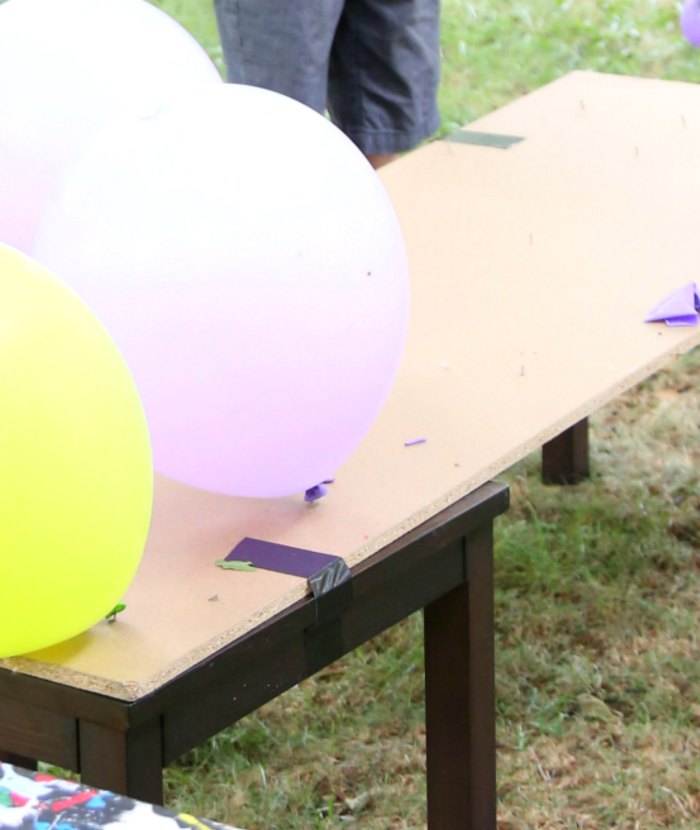 We set up the across a couple of outdoor tables and attached with some duct tape! Easy peasy! 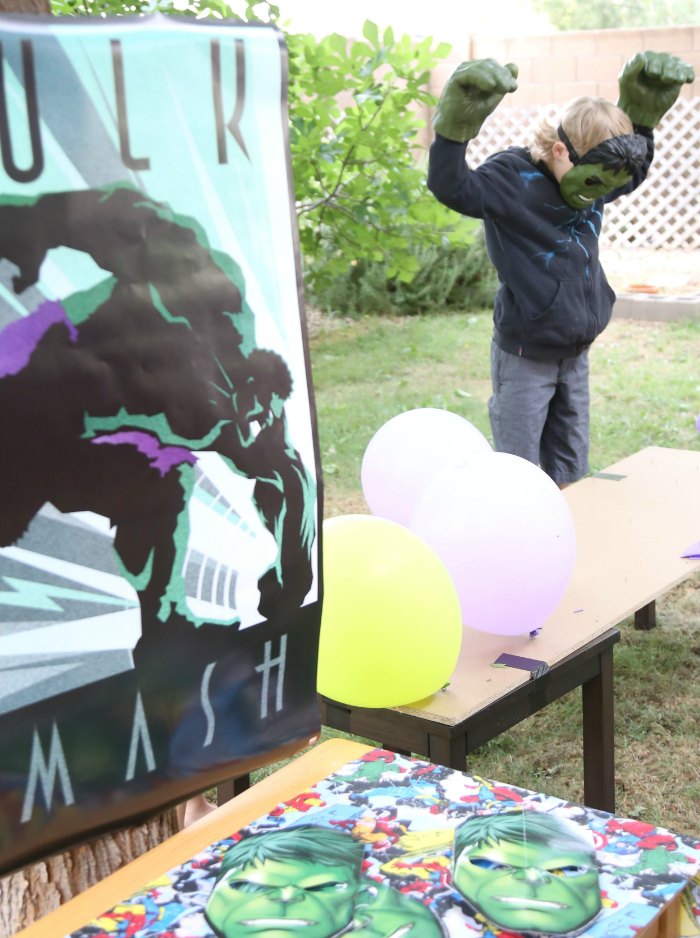 There’s something fun about popping balloons (or at least my kids seem to think so). But, when you’re donning some Hulk fists and popping balloons?! Well, that is just fun on a whole new level. What’s funny is that the whole thing was much harder than you’d like. The kids had to work hard to do the smashing with their gloves and lots of hilarious laughing ensued! You can have the kids take turns after popping a certain number of balloons, do a race, set a timer to see who can pop the most in that time, or time them and see who can pop the balloon the fastest! 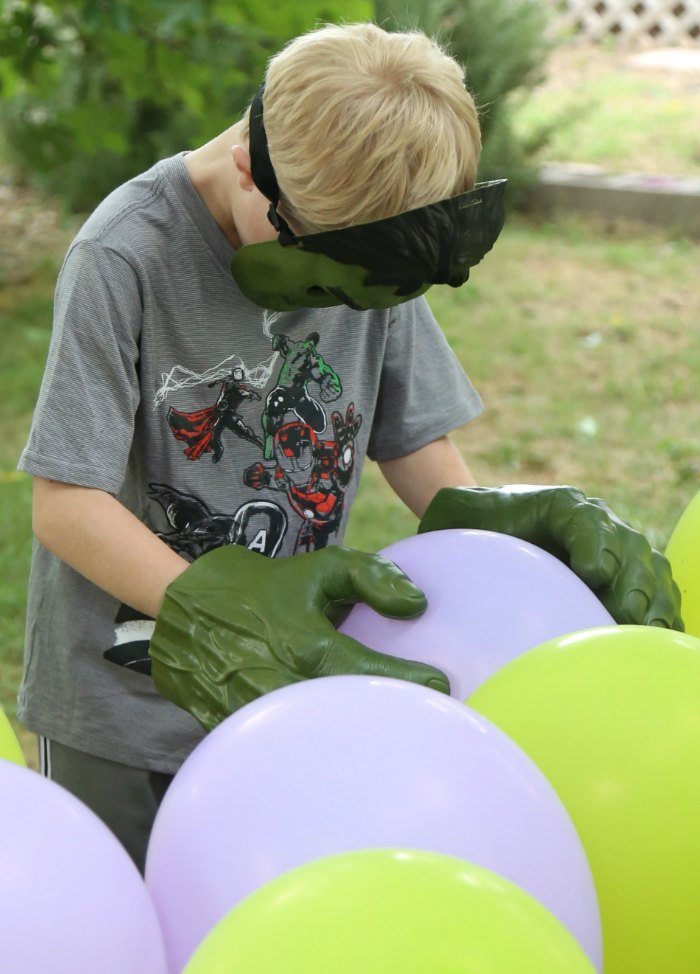 No matter how you do it though, the kids will love this!!! Mine did. After all, games are just more fun with giant Hulk hands! 😉

For more superhero party fun, be sure to check out these posts: