Have you seen Muppets Most Wanted yet?  It’s the super fun, globe-trotting, star-studded musical comedy adventure that hit stores on DVD on August 12th! As part of the DVD release fun, I actually got to ask the show’s stars, Kermit & Constantine, five questions as part of a fun little interview. 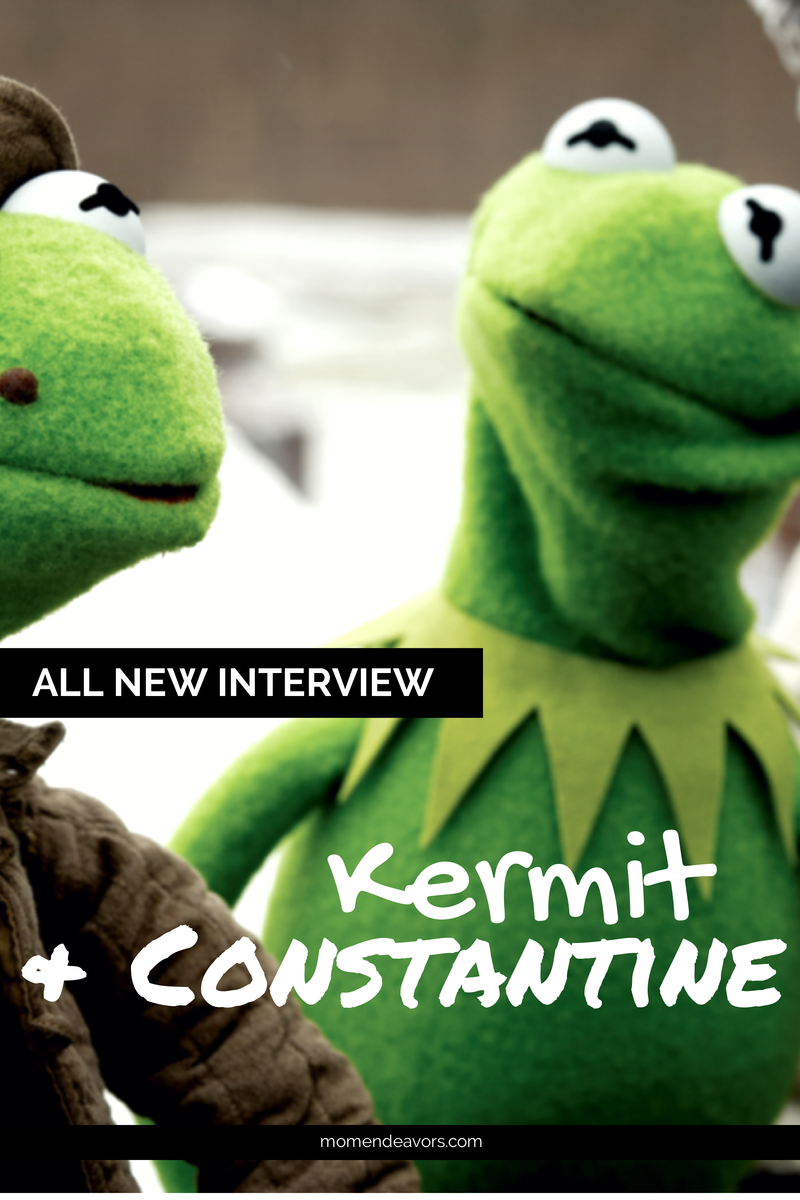 So, curious as to what your favorite Muppets are up to? Hope you enjoy this little Mom Endeavors’ exclusive interview…

1. What’s the Muppet gang up to these days after such a crazy world tour?

KERMIT: Oh, we’ve got lots of big projects in development, which is Hollywood talk for “we don’t have a clue what we’re doing next”. But that’s the way it always is with the Muppets. We never know what’s going to happen – even after it happens. But watch for us on TV, online and everywhere else. And watch for me at very expensive shoe stores carrying a lot of bags for Miss Piggy.

2. Constantine – what was the hardest part about pretending to be Kermit?

CONSTANTINE: He is so….nice. He is polite, kind, well-liked….Yech! I felt so clean and good after I pretended to be Kermit. I hated it. When you are the world’s greatest criminal, like myself, the worst thing in the world is to try to be the nicest frog in the world.   But I did a fantastic job, as you will see for yourself in Muppets Most Wanted

3. Kermit – Any plans to visit the Gulag again soon?

KERMIT: Frogs and gulags do not go together. Too cold. I turned into a frog-sicle several times when we were shooting those scenes. Now, don’t get me wrong, I worked with some great inmates. They were a a very talented group. And the warden, Tina Fey, is the best…even when she licked me and stuck me to the wall. (I can’t explain that last part; you’ve got to see the movie.)

4. Kermit – How are things with Miss Piggy?

KERMIT: Well, let’s just say she wasn’t very happy about Tina Fey licking me. But, I think that she’ll get over it….after a few more visits to those expensive shoe stores.

Right before I had the opportunity to ask these famous frogs some questions, I had just made the fun Kermit & Constantine Quesadillas. So, I couldn’t resist asking them how they felt about their likeness as a snack! 😉 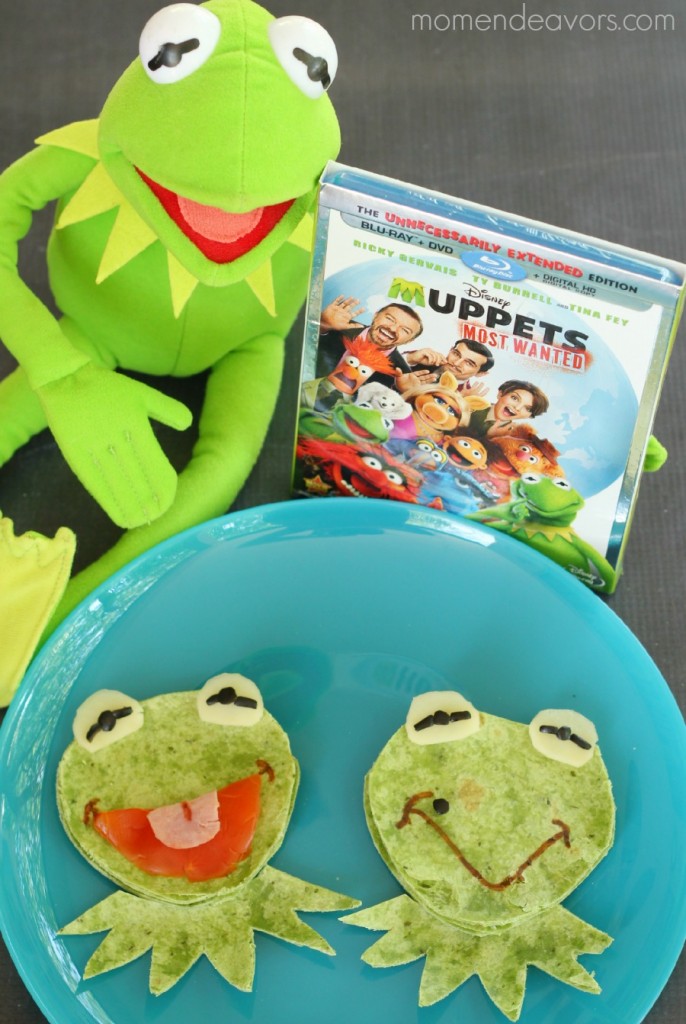 5. What do you guys think of your likeness as a quesadilla snack?

KERMIT: Wow! I am impressed. Usually I don’t like to be a food. (I’ve had a few bad experiences with French restaurants wanting me to stay for dinner…or actually, as dinner. But those quesadilla snacks look delicious.

CONSTANTINE: Well, obviously, my quesadilla is far more delicious looking than Kermit the Frog’s. But they are both works of art that should be on display in a major museum, from which I can steal them. Bravo!

HA! So fun!! I LOVE their answers – can’t you just hear them saying those things?!

For all the Muppets Most Wanted fun, be sure to get the Blu-ray Combo Pack and Digital HD August 12th  – for easy shopping you can order (affiliate link) from Amazon! In the meantime, you can see what the Muppets are up to on their Facebook / Twitter / Pinterest pages.