Have you ever met an Octopus? How about a septopus? Well, when Finding Dory is released on June 17th, you’ll get to do just that! He’s red, he’s an octopus turned septopus, and his name is Hank. From the bits I’ve seen of the movie already and what I learned while talking to some of Pixar’s Finding Dory team at the #FindingDoryEvent in Monterey, I think Hank is going to be quite a famous character in the movie! His character is really great in the scenes I’ve seen so far and he’s quite popular with all the Finding Dory merchandise that’s out already! 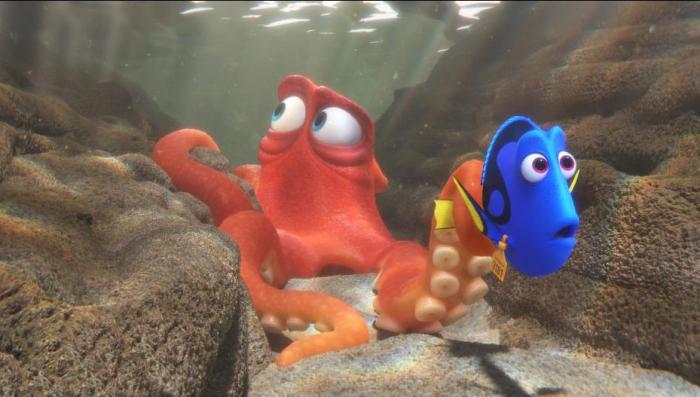 One of the things that I think really makes Hank interesting is simply the fact that he’s an octopus. Octopus (and really all of their cephalod cousins) are truly fascinating creatures! Although they sort of just look like these gelatinous blobs with tentacles, they are so incredibly powerful and quite smart. In fact, we got to experience just how strong and amazing they are during our time at the Monterey Bay Aquarium! 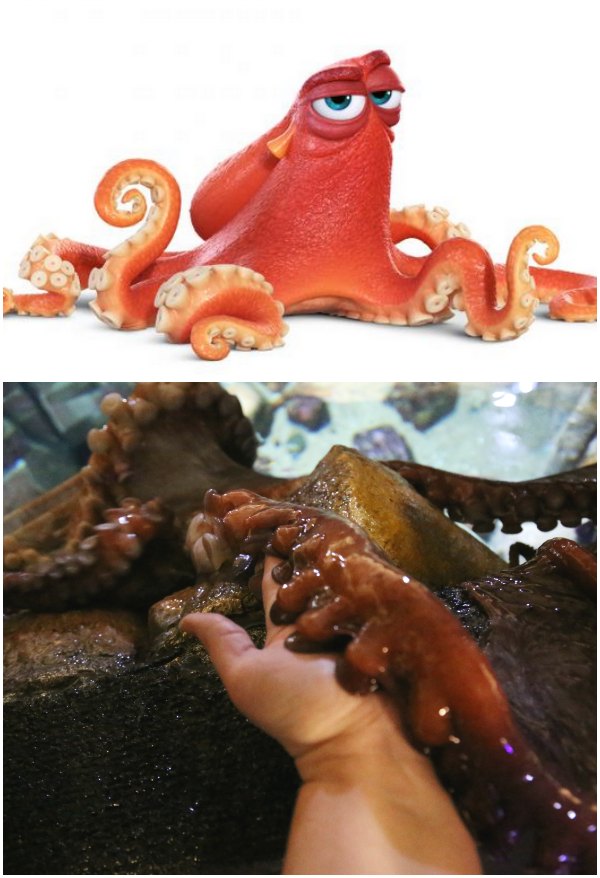 Getting to interact with a “real-life Hank” (a very large, reddish Giant Pacific Octopus) was such an incredibly unique experience! The octopus was SO curious and its tentacles were incredibly strong and muscular, as were the suckers. The suction on my arm and hand was so strong that I actually still had some faint marks the next day (and they made such a fun noise as they popped off of you). 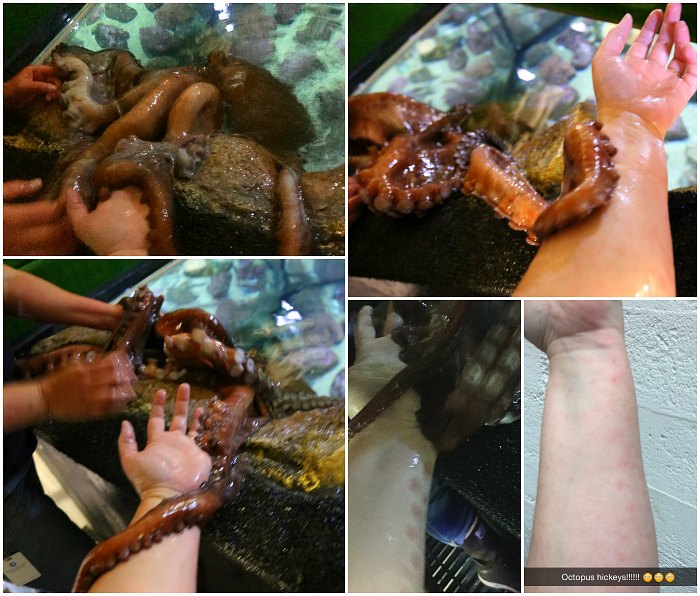 The former biology teacher in me thought this was one of the coolest experiences I’ve ever had and certainly one of the most amazing animal encounters! It gave me such a better appreciation and understanding of just how difficult it was for the Pixar team to animate Hank in a way that seemed believable. And this truly quite difficult for them! 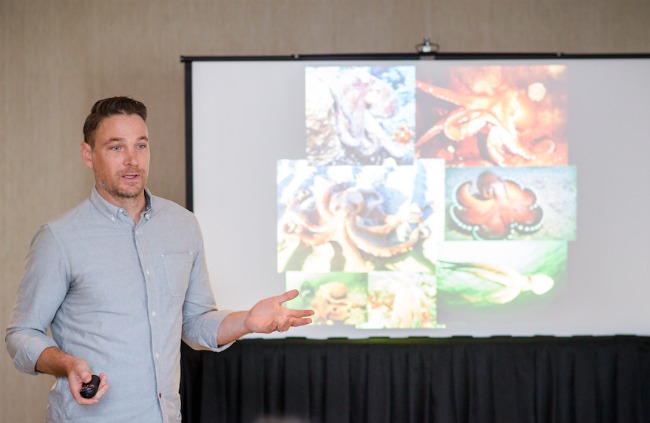 We had the pleasure of talking “all things Hank” with Jason Deamer (Character Art Director), Jeremie Talbot (Character Supervisor), Michael Stocker (Supervising Animator), and John Halstead (Supervising Technical Director) at the Finding Dory press event. We learned that countless hours of octopus research and technical animation trials went into the development of Hank. In fact, they did a lot of research and shot LOTS of footage of the octopus right at the Monterey Bay Aquarium! They even got to touch the octopus just like we did! The animators researched all kinds of things about octopus behavior, anatomy, movements, etc.  From that, they would then do sketches of what the character might look like, then make changes – a cycle that repeated itself MANY times. In fact, it took an entire YEAR of testing before they felt like they were really getting somewhere with Hank and getting excited about the results. WHOA! 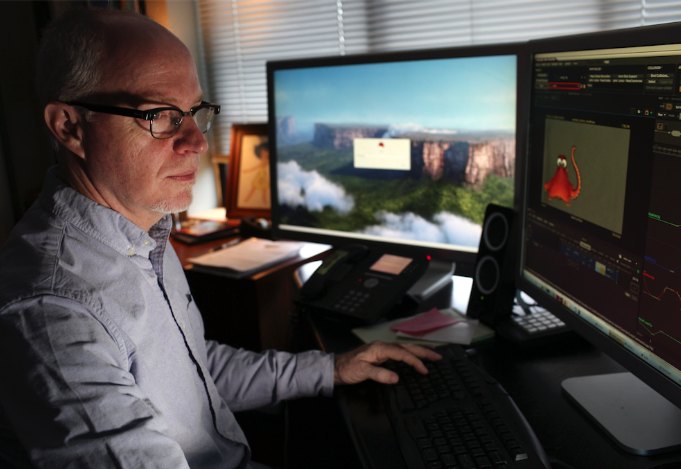 So, needless to say, Hank was actually the hardest character of the entire movie to animate. There are so many very specific and unique characteristics to the pattern of an octopus’ movements, that it was very tricky & complex for the animation team to get that right in developing (locomotion both on land and in water was the absolute toughest part). In fact, new software had to be developed for coding the animation just for Hank!! And, with that, we’re talking a very crazy mix of math, science, and art! It really is incredible to see all the work that goes into making these films! 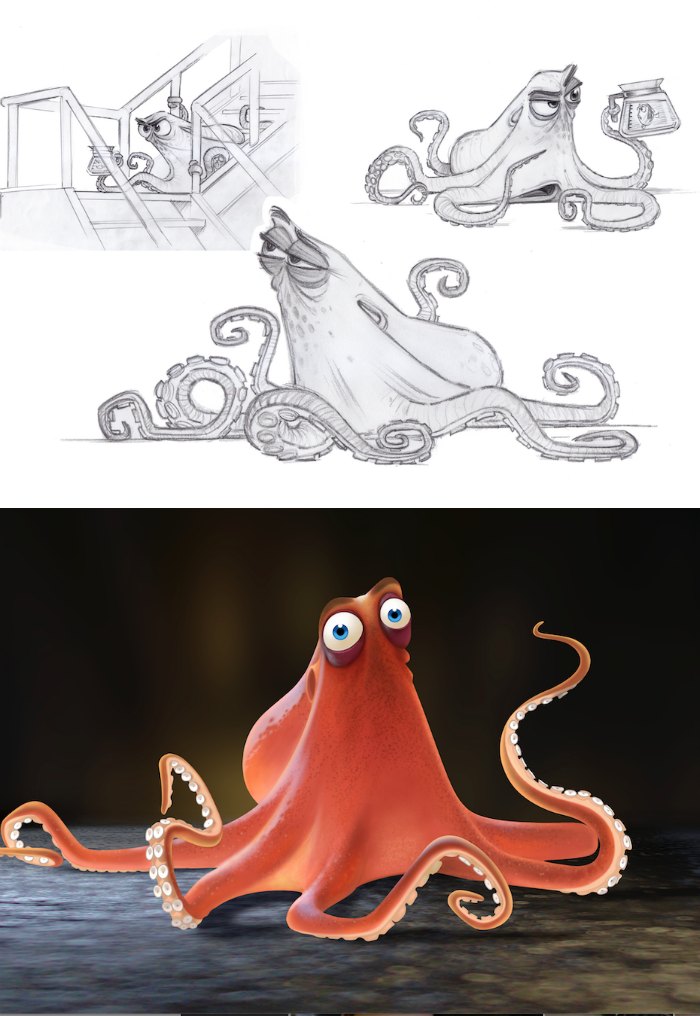 There’s definitely a reason Hank is the director’s new favorite character! 🙂 And, we can’t wait to see Hank and his interesting Septopus self when Finding Dory swims into theaters on June 17th!!! 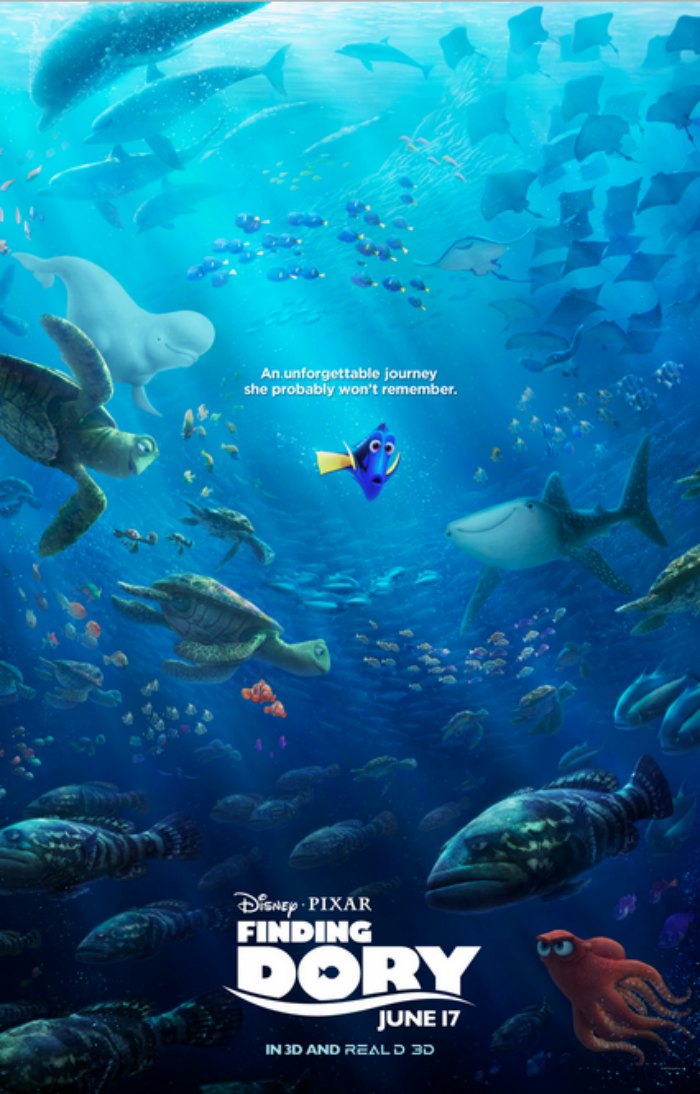 Who else canNOT wait for Dory, Hank, Nemo and all the ocean fun?!

Disclosure: Disney hosted me in Monterey in order to attend screenings and to participate in group interviews & media events. As always, all opinions, experiences and  love of Disney & the Monterey Bay Aquarium! Some photos in this post are  property of Disney-Pixar used with permission.