As part of the #RalphBreakstheInternetEvent in California, we had the pleasure of having special small sessions with Disney Supervising Animator Mark Henn. Not only did we talk about Ralph Breaks the Internet and the epic princess scene (and the that Mark had a hand in), but we also chatted about Ariel and The Little Mermaid. She obviously had a role in the Ralph Breaks the Internet princess scenes. But it also happens to be this movie’s 30th anniversary and Disney is celebrating it with The Little Mermaid Walt Disney Signature Collection (released on digital February 12, 2019 and releasing on Blu-Ray/DVD February 26, 2019). 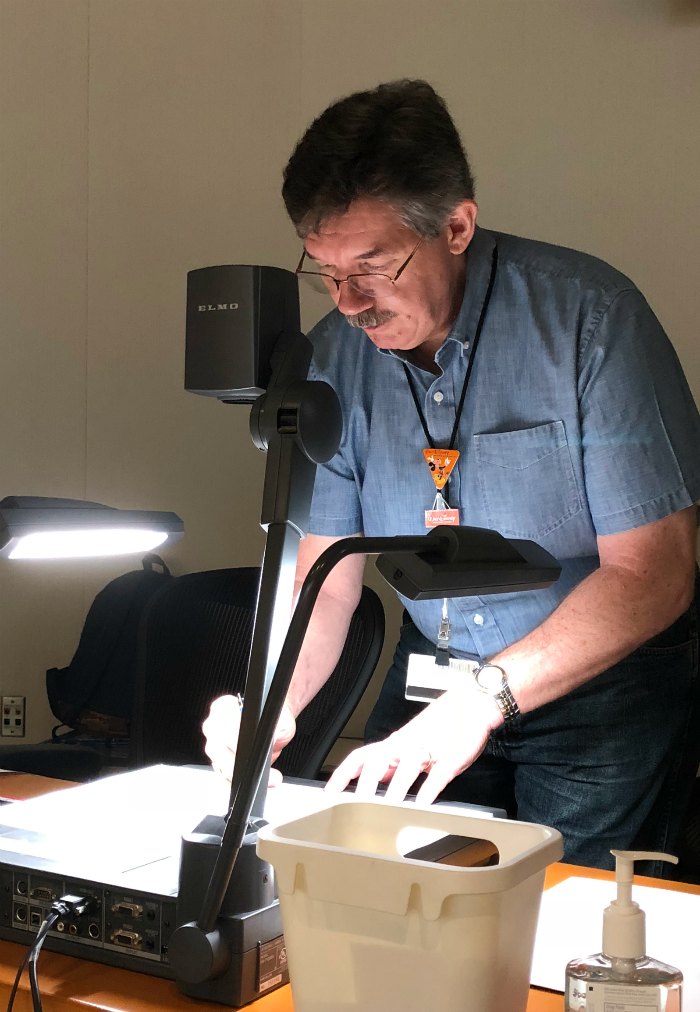 Mark started at Disney in 1980, so you can imagine that he’s seen A LOT in that time! With his strong 2D animation skills (a bit of a novelty now with so much animation being done on the computer now) and his longtime experience in the company, he’s now a mentor in the department and is a Supervising Animator in the department. He’s been the lead animator on a number of projects as well as the director of the Disney Short, John Henry (for which I got to meet him before during D23 on a panel discussing the Disney Short Films). Because he’s worked on so many films and has hand a hand in drawing so many princesses (characters like Ariel, Belle, Jasmine, Pocahontas, and Tiana are all his), he’s affectionately known as “The Princess Guy”. And rightly so, he made drawing Ariel look absolutely effortless – able to draw her while carrying on a conversation with us. 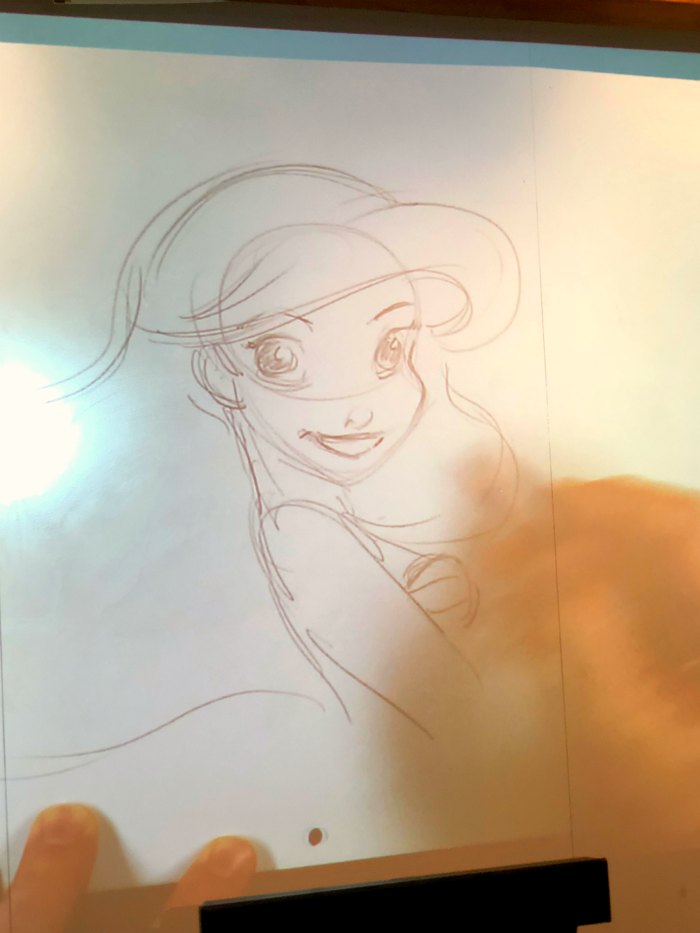 During that conversation, we talked a little bit about Ariel, Jodi Benson, and The Little Mermaid film…

“I mean, she was groundbreaking and the whole film was – in terms of reinvigorating the studio at the time and establishing a new style of musical for us. I mean, if you stop to think about it, we’ve always had music in our films, but the idea of a musical – that was a different level. And then Howard Ashman and Alan Menken and The Little Mermaid ushered us into that new era.”

One little fun fact that Mark shared was that in the original design for Ariel, she just had her bikini shells stuck right on. But the execs weren’t comfortable with that, so Mark had to draw in some seaweed straps to help hold them on! 😉 Too funny! And now I have my very own Mark Henn drawing of Ariel! We each just received a print of the drawing he did during each of our group sessions – and it’s a treasure! 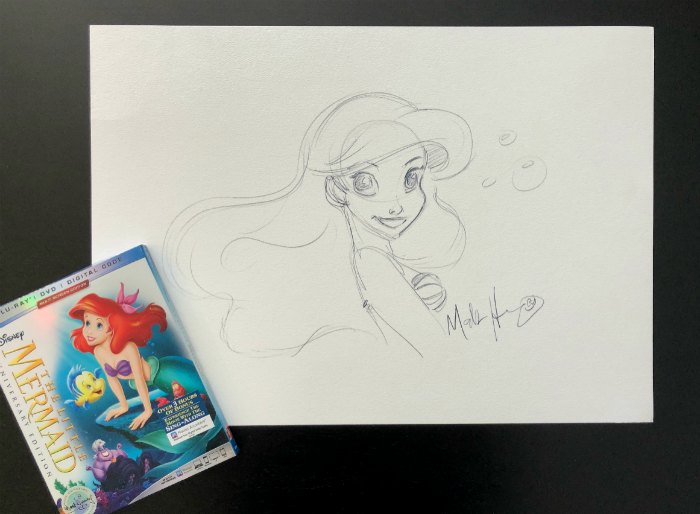 The whole experience was extra special to me as I loved drawing characters as a kid. In fact, in my tween years, my best friend and I would pause our VCR and attempt to draw the Disney characters on the screen. And I still have my sketch books to prove it! 😉 I SO love that I found a few drawings of mine actually from The Little Mermaid, dating back to November of 1991. Crazy! 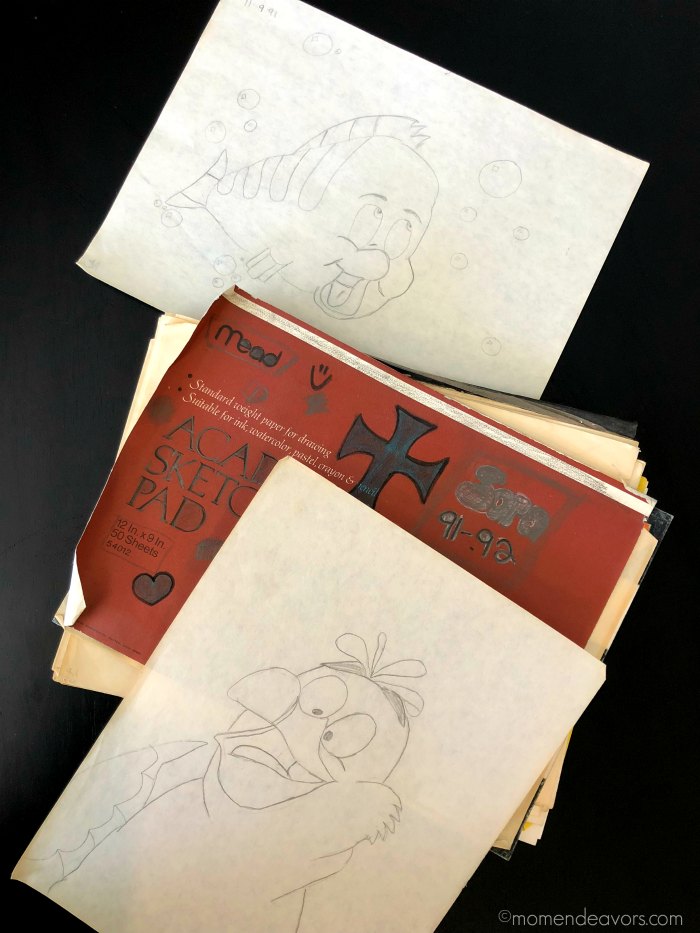 My eleven-year-old self wouldn’t have ever believed that she would get to grow up and partner with Disney on films in ANY capacity, let alone talking AND DRAWING with the same animator who drew some of her favorite characters. It honestly makes me a little teary just thinking about it. What a cool experience! 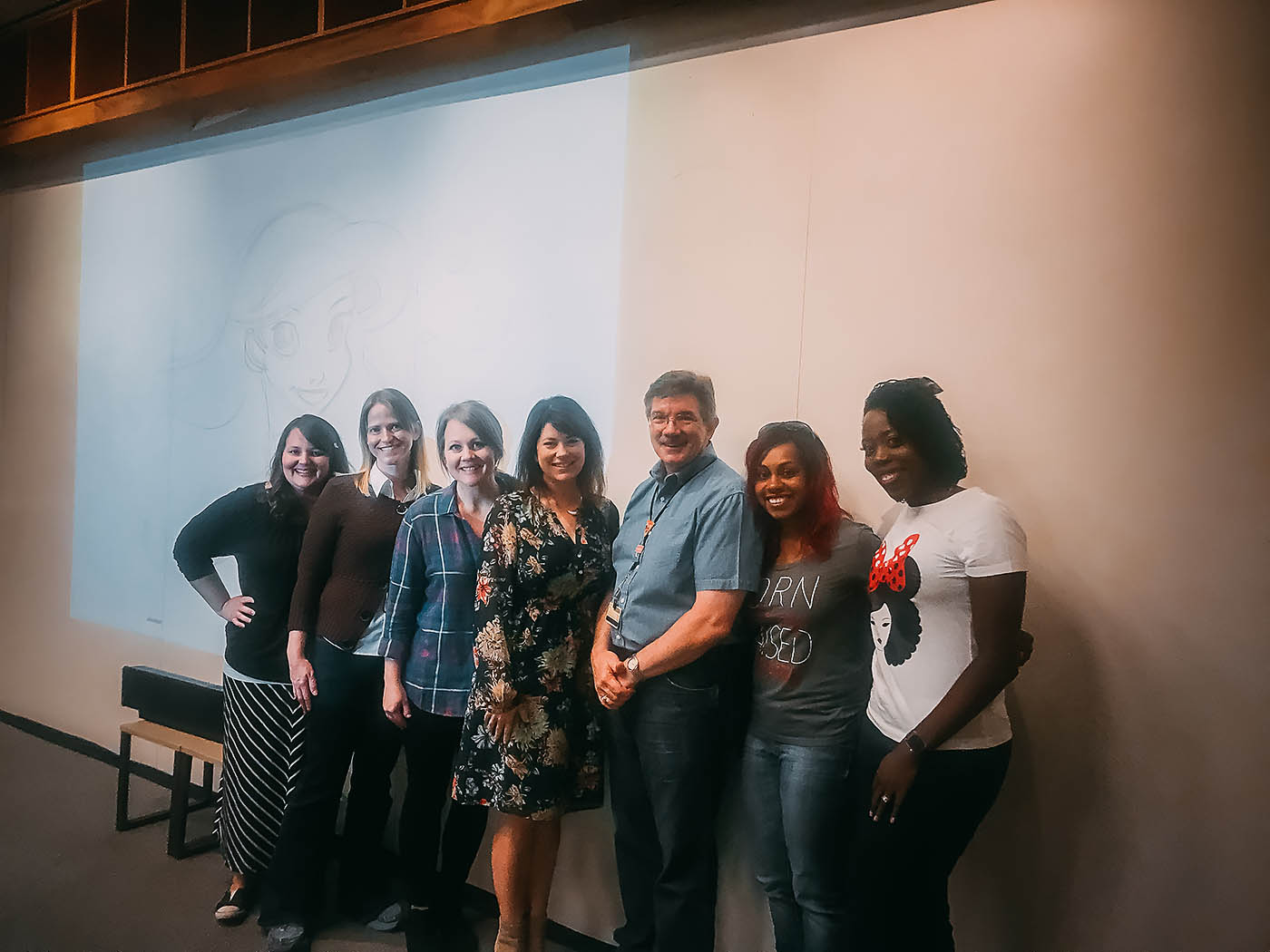 So be sure to get your own copy of The Little Mermaid Walt Disney Signature Collection – TODAY! (on Digital February 12, 2019 and on Blu-Ray/DVD February 26, 2019). 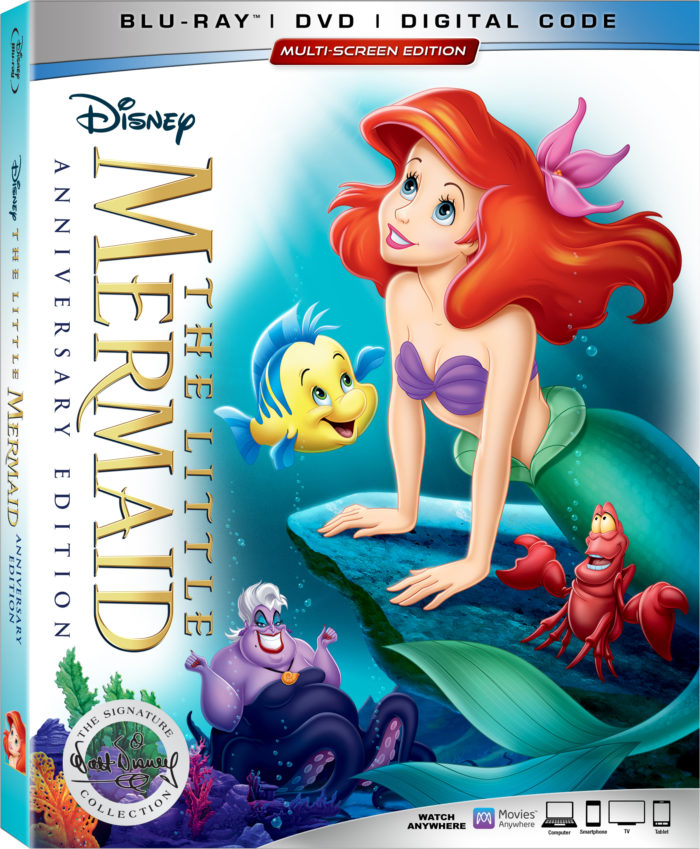