So, after much deliberation, we did a Pirate theme again! 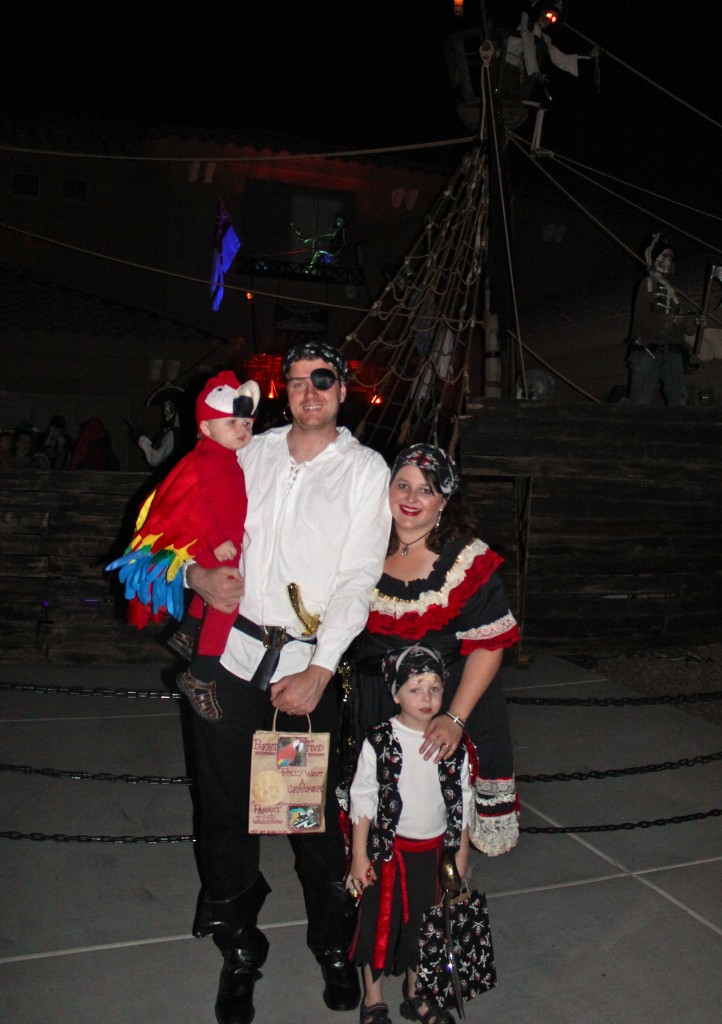 It was Big Brother’s choice–either an animal or a pirate. He went back and forth between a jaguar and pirate for weeks–even suggesting a “jaguar-pirate”, but eventually, the pirate won out. After all, pirates get to carry swords! 🙂 So, Little Brother donned the homemade parrot costume made 3 years earlier… 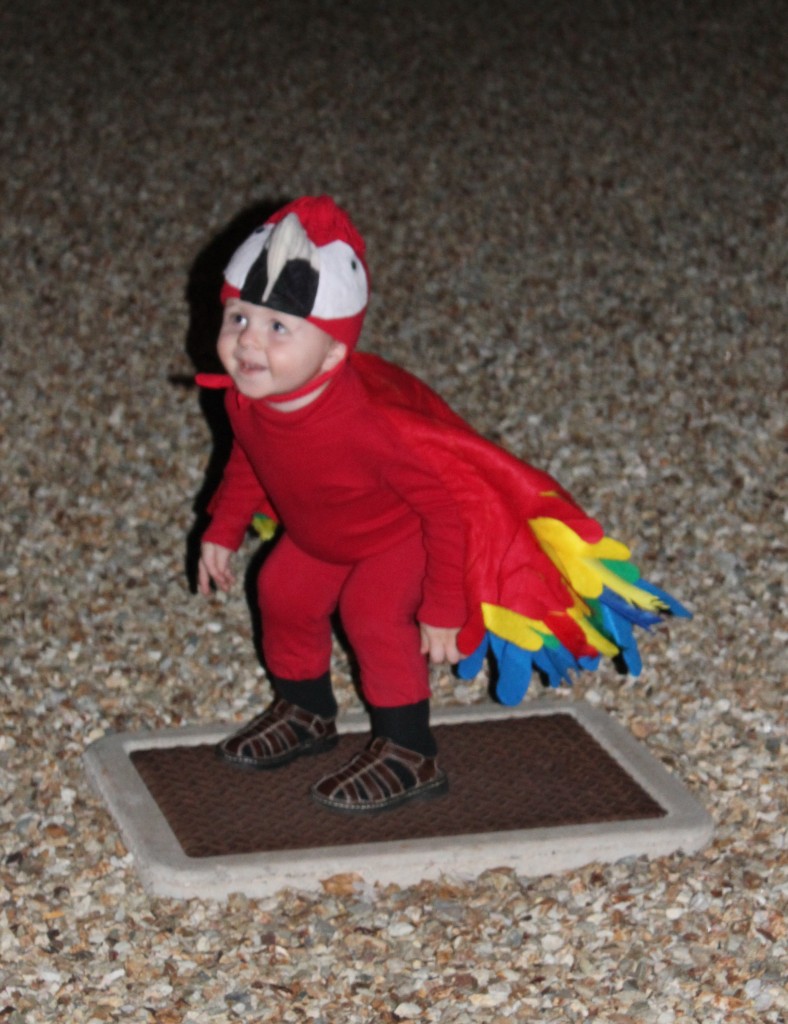 …and we made Big Brother a pirate costume!

Aarrrrrr, mateys! I LOVE this picture of him! 🙂 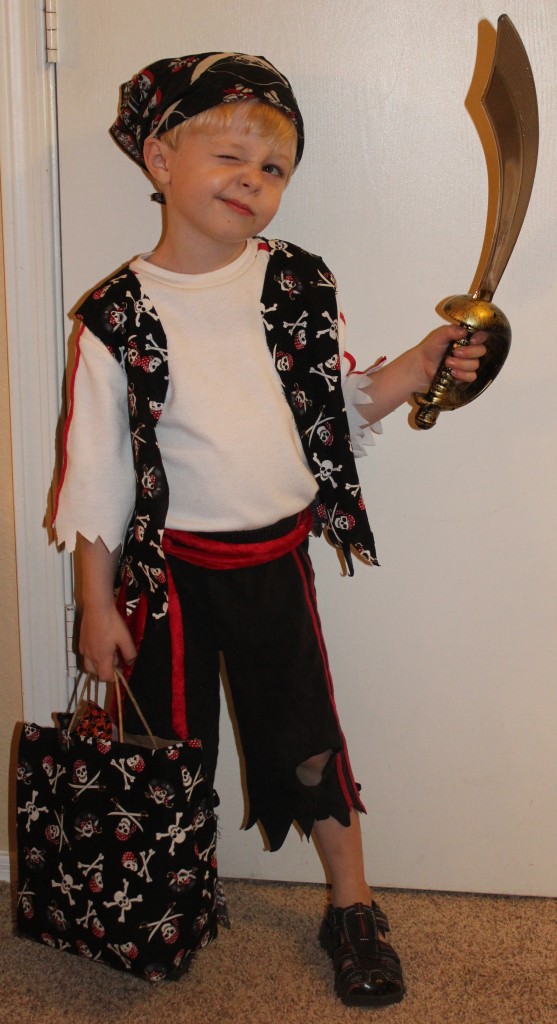 Here’s a few “up-close” shots of the costumes: 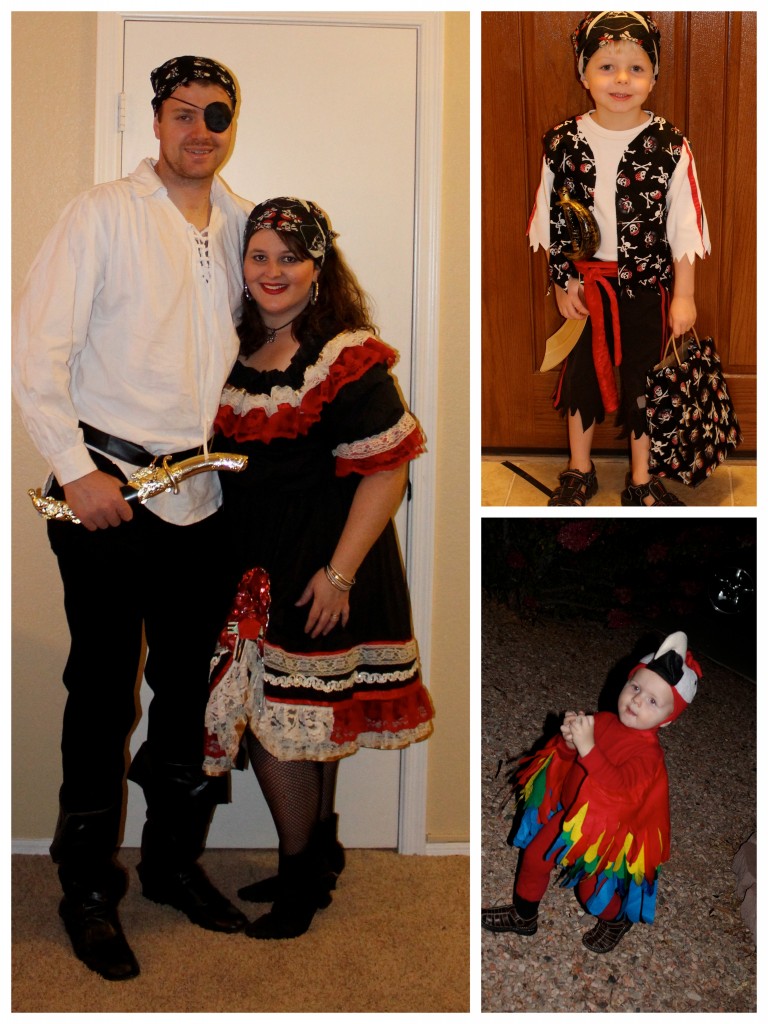 We kicked off the night by heading to a different neighborhood where one of the houses constructs a GIANT pirate ship every year! Seriously it’s one of the coolest Halloween DIY things I’ve ever seen. It’s their WHOLE front yard/driveway/walkway, complete with firing cannons (shooting smoke), fog, lights, music–the works! Totally amazing! 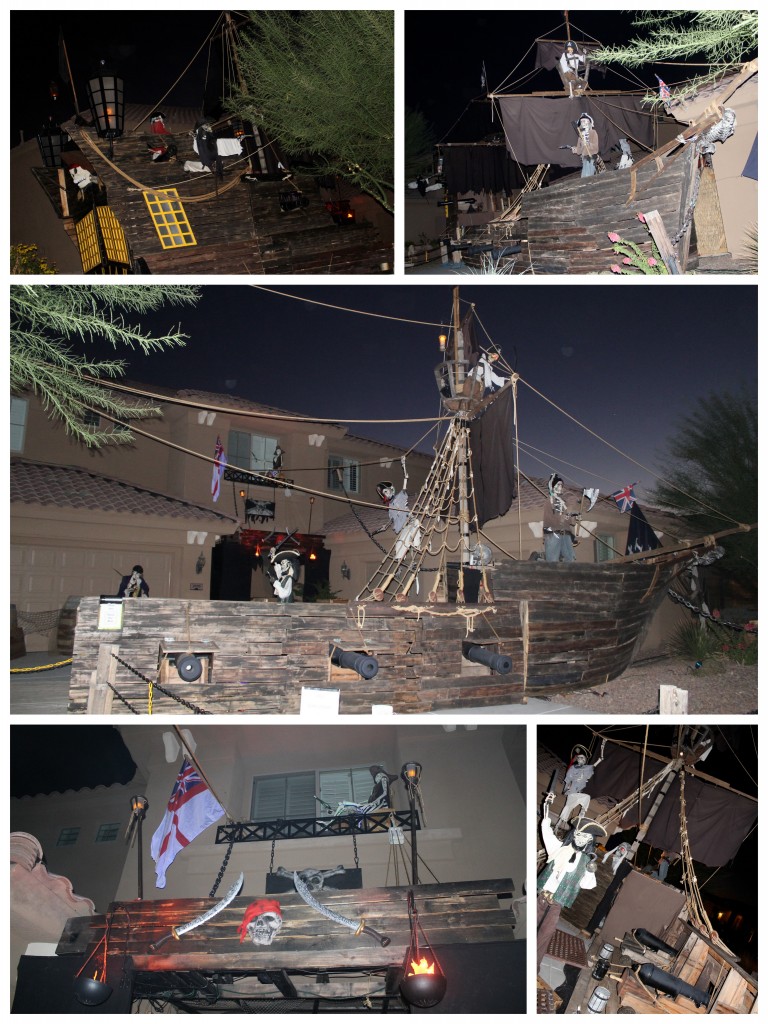 Then, we headed back to our neighborhood where the boys had a blast trick or treating! The highlight in our neighborhood is a cul-de-sac that goes all-out, especially when it comes to pumpkin carving! Seriously, look at these!! We especially like the pirate-themed carvings! 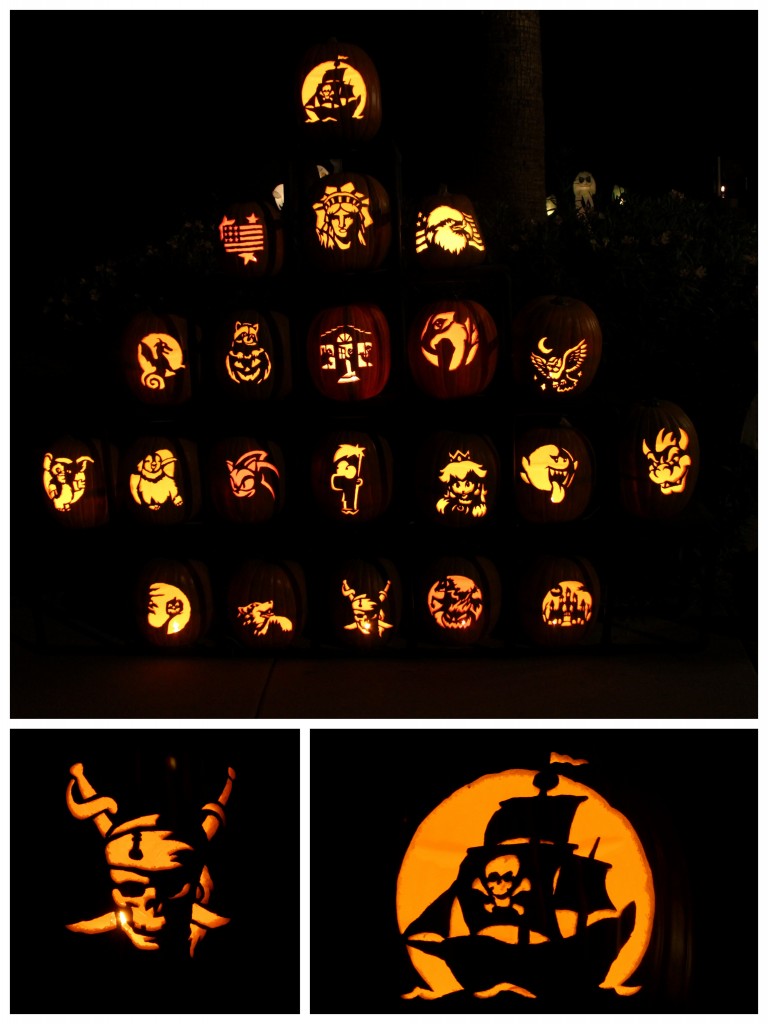 It was a great night and we had a blast watching our little pirate & his little parrot! Hope you had a fun night as well! 🙂 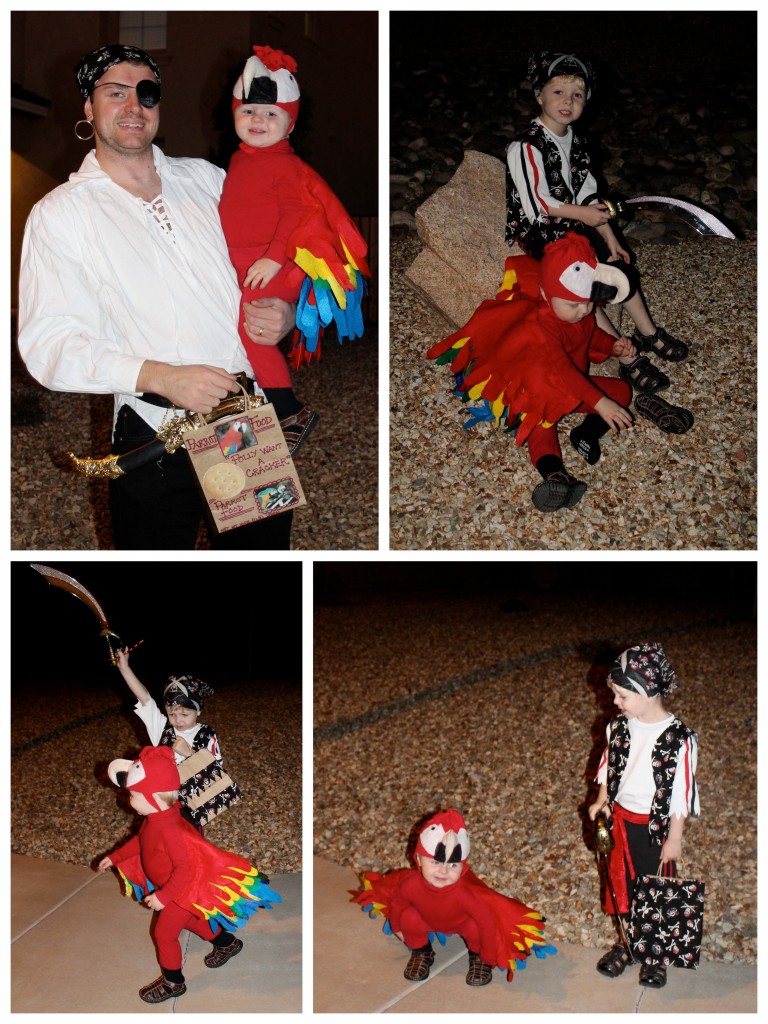 What did your kiddos/family dress up as?!