While in LA for the #MoanaEvent press trip and the MOANA World Premiere, I had the pleasure of seeing the movie twice!  I liked it even better the second time and I’m already eager to see it again! In addition to seeing MOANA, we interviewed the main cast members, filmmakers, and music writers for the film. In talking with them, I have some background & insights as to their thoughts & feelings about the film. So, with all of that in mind, I’m sharing the top 7 reasons that you should plan to go see Disney’s MOANA when it sails into theaters on November 23rd! 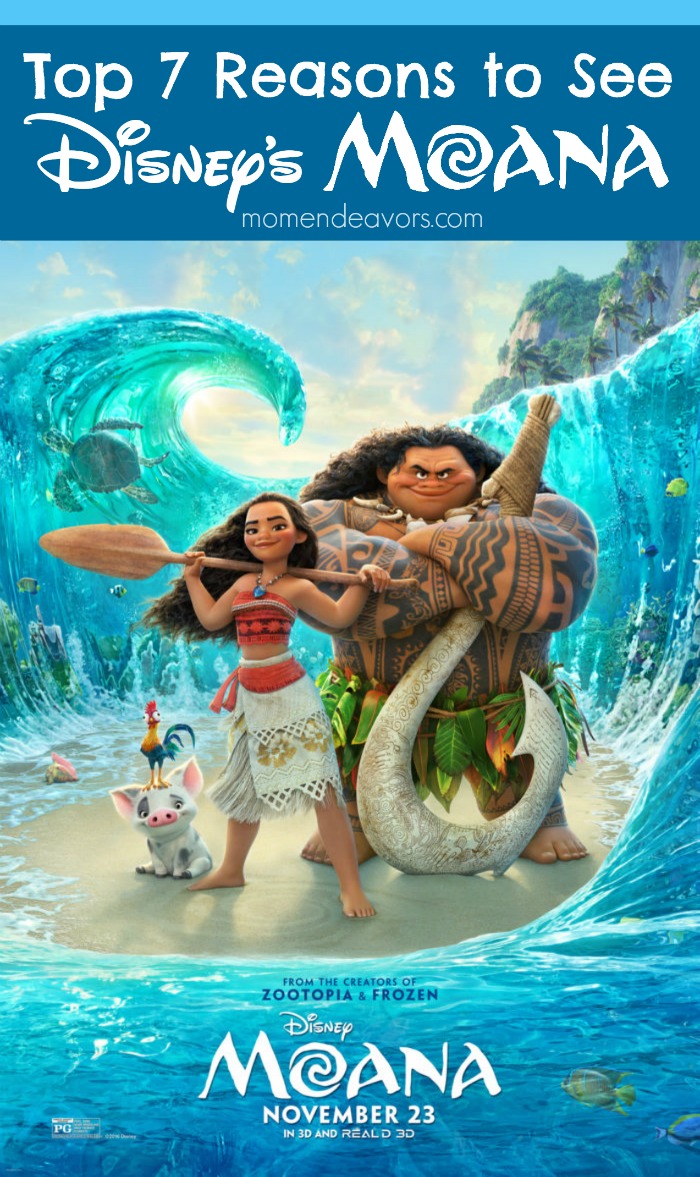 SO much good stuff!!! I can’t wait to see it again!

For parents, here are a few things to note:

So, make a splash with the family and see MOANA when it sails into theaters on Nov. 23rd!

Three thousand years ago, the greatest sailors in the world voyaged across the vast Pacific, discovering the many islands of Oceania. But then, for a millennium, their voyages stopped – and no one knows exactly why. From Walt Disney Animation Studios comes “Moana,” a sweeping, CG-animated feature film about an adventurous teenager who sails out on a daring mission to save her people. During her journey, Moana (voice of Auli‘i Cravalho) meets the mighty demigod Maui (voice of Dwayne Johnson), who guides her in her quest to become a master wayfinder. Together, they sail across the open ocean on an action-packed voyage, encountering enormous monsters and impossible odds, and along the way, Moana fulfills the ancient quest of her ancestors and discovers the one thing she’s always sought: her own identity.