Making fun foods is one of my favorite ways to be creative – especially when I’m creating something inspired after movies and popular characters! With young kids, we’re big fans of animated releases and there’s a new one hitting theaters on September 23rd – STORKS! The boys have already seen previews and asked if we can go see it! The story idea does look pretty cute! So, I’m thrilled to partner with sponsor Warner Bros. Pictures on a fun, themed STORKS-inspired recipe idea – Storks Marshmallow Pops! 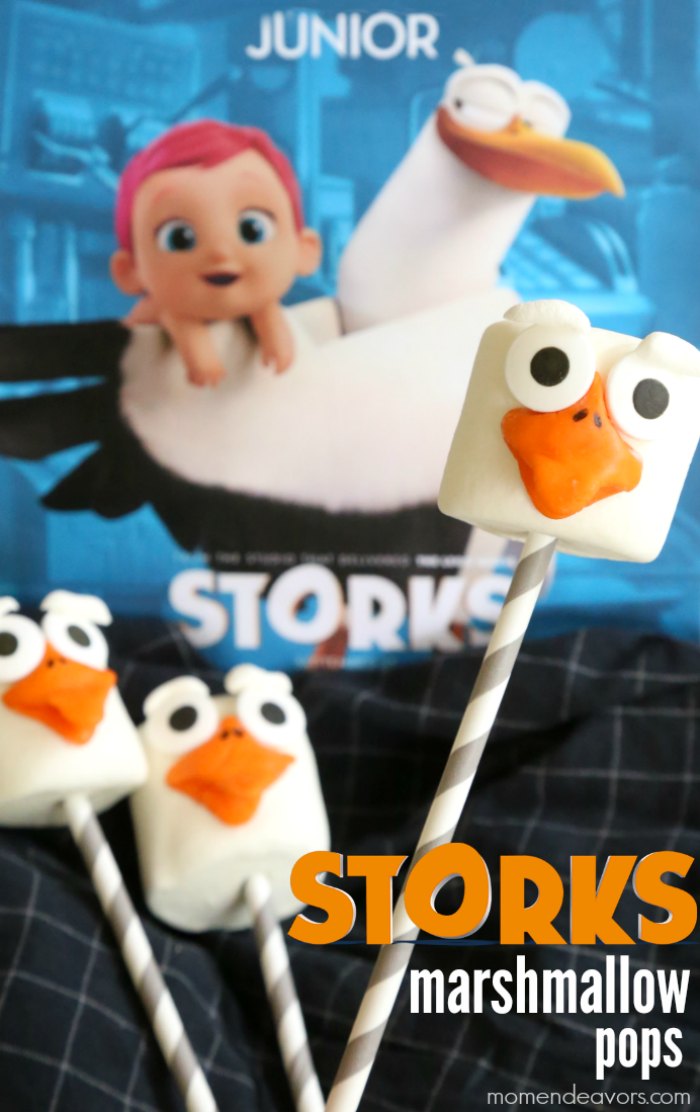 Ha! How fun are these?! The kids will love them! But first, let’s find out a little about the movie (starring the voices of Andy Samberg, Jennifer Aniston, Ty Burrell, Kelsey Grammer, Keegan-Michael Key, Jordan Peele, Katie Crown, and Danny Trejo):

Storks deliver babies…or at least they used to. Now they deliver packages for global internet giant Cornerstore. Junior, the company’s top delivery stork, is about to be promoted when he accidentally activates the Baby Making Machine, producing an adorable and wholly unauthorized baby girl. Desperate to deliver this bundle of trouble before the boss gets wise, Junior and his friend Tulip, the only human on Stork Mountain, race to make their first-ever baby drop – in a wild and revealing journey that could make more than one family whole and restore the storks’ true mission in the world. 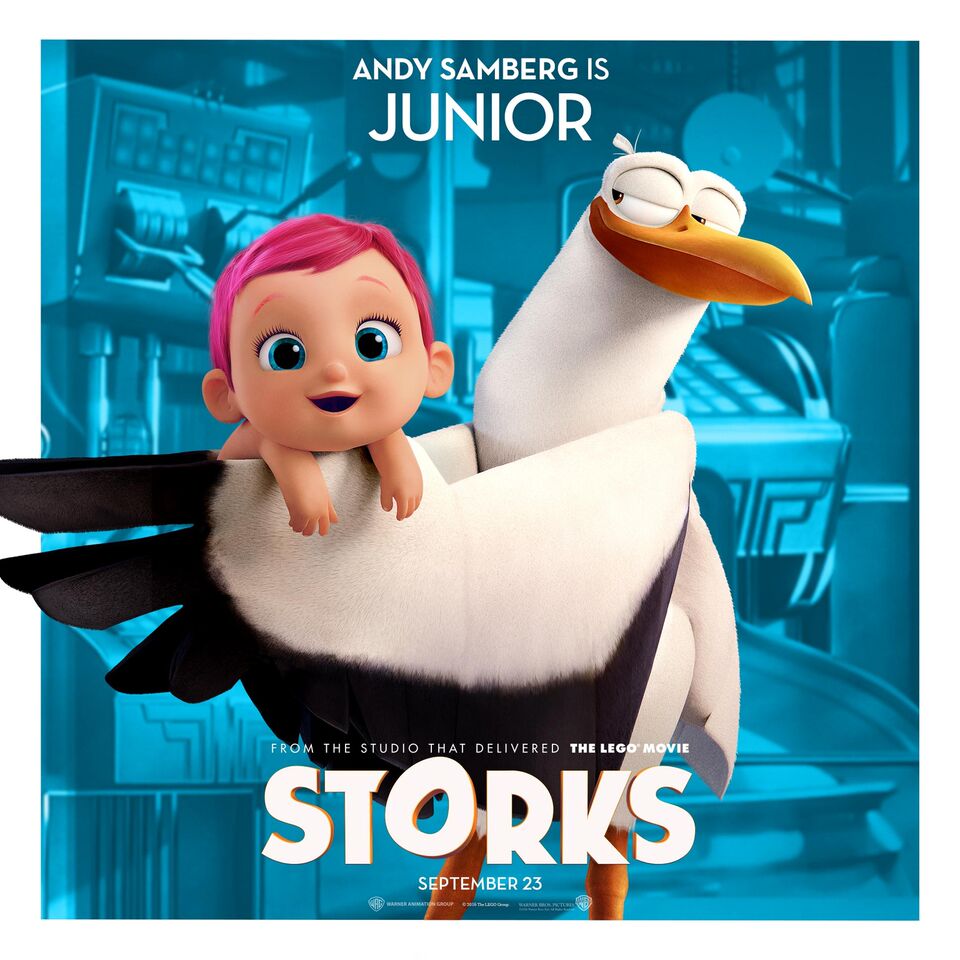 Sounds fun!!! And what could be more fun to go with than some cute marshmallow pops?! The boys thought these were “AWESOME“, as they enthusiastically told me when they saw them. And then, they immediately asked if we could go see the movie! 😉 WIN! Hahah! So, they’d definitely be perfect for a fun movie treat! 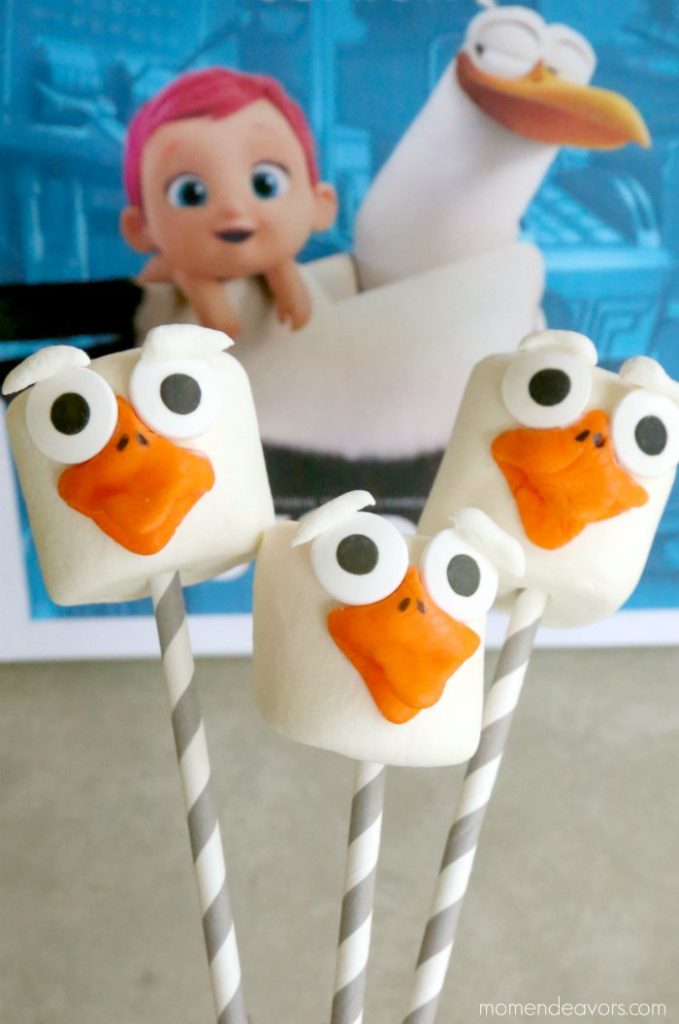 Here’s how to make the STORKS pops: 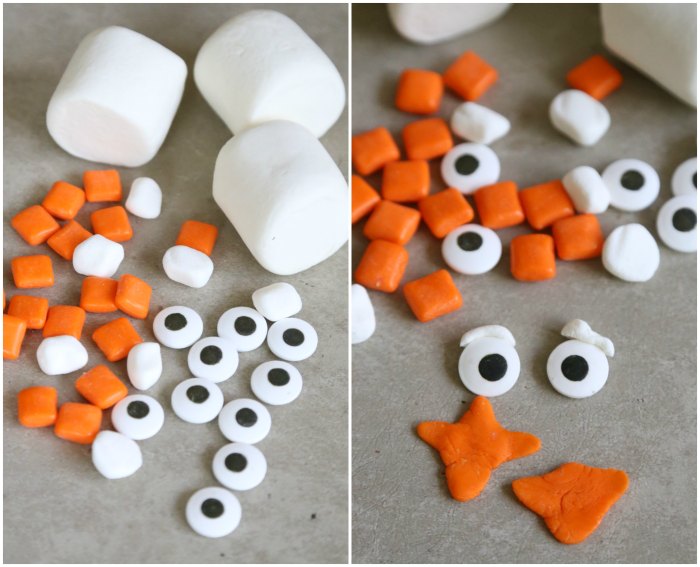 Fun!! These would be PERFECT to surprise the kids with on September 23rd, with a little special note about going to see the movie that weekend! I’m sure they’d be thrilled! Or, they’d work great for a themed party as well!

STORKS flies in to theaters on September 23! Make plans to take your flock opening weekend!!