A delicious twist on a traditional favorite that s’mores lovers will love, s’mores dessert trifle in a jar is a  tasty treat any time of the year! 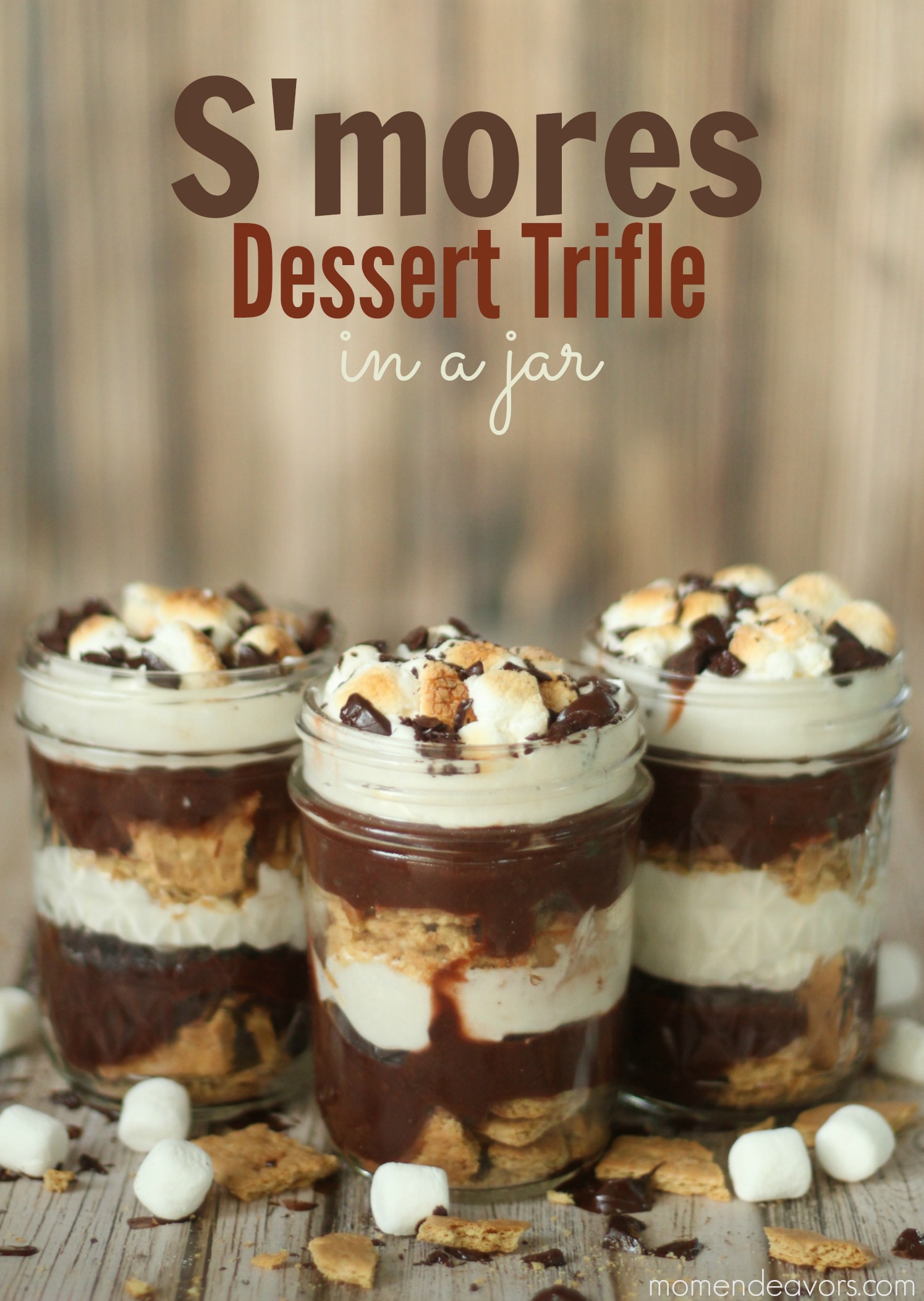 Love s’mores?! We do! And if you’re like us, you will LOVE s’more dessert trifle!

S’mores Dessert Trifle is such a tasty twist on the traditional summer s’mores? One big favorite around here is our brownie s’mores trifle dessert. It’s SOooooo good! A crowd favorite every time we make it. t’s a great dessert for all kinds of occasions and a tasty way to have s’mores flavors even when no campfire is available! So, we decided to do a twist on that trifle with individual s’mores dessert trifles in a jars!  Not only are these little s’more jars delicious, they look so pretty (and save your fingers from the gooey, sticky mess of traditional s’mores). 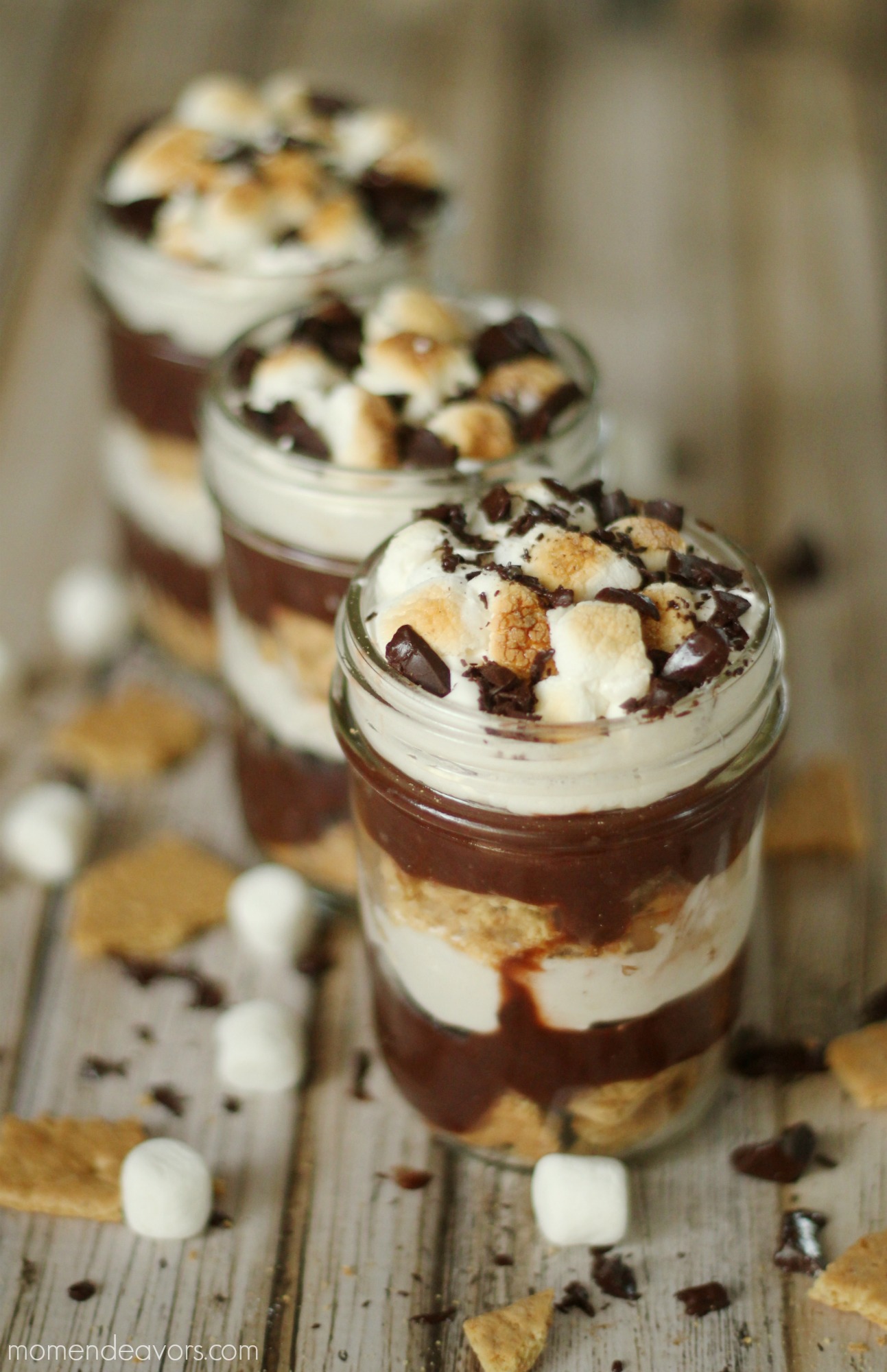 How to Make S’mores Trifle Jars

There are so many great s’mores flavors in these little jars – including silky dark chocolate (we opted for Dove Dark Chocolate, but Hershey’s of course would work well too), graham crackers, and marshmallows of course! I LOVE dark chocolate and much prefer the rich flavor of it in s’mores. But if you’re a milk chocolate person, feel free to use your favorite milk chocolate instead. 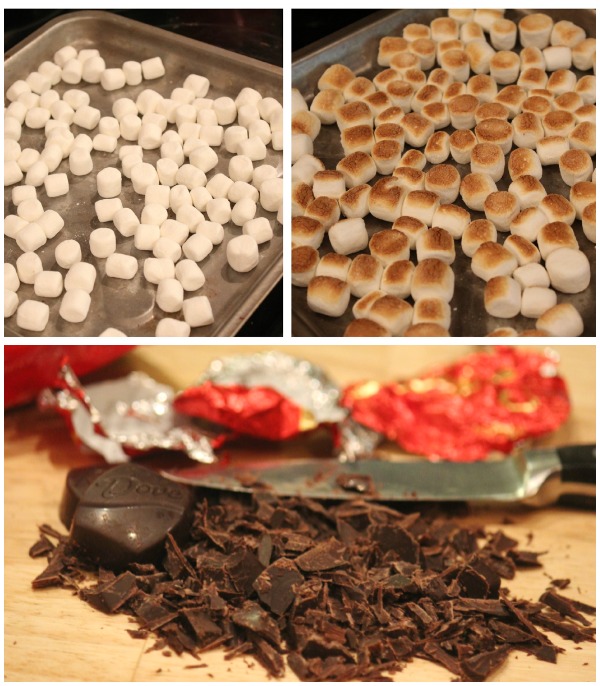 The toasted marshmallows really makes the flavor of these little s’mores jars! You have to be really careful as you do this (so you don’t get a gooey mess). To toast the marshmallows, you’ll want to broil them – but only for a few seconds!

Put the mini-marshmallows onto a baking sheet (having them be a little stale or cold can help too) and put them in the oven under the broiler. You canNOT walk away…in fact, don’t even look away. I didn’t even close the oven door. I stood there watching for about 10 seconds. The moment they start looking slightly  golden, take them out. Otherwise you might have a charred, gooey mess! Another tip: Let them cool before trying to move them. If you don’t, you’ll end up with that gooey mess you’re trying to avoid. Even chilled, they will retain that toasted marshmallow flavor you’re after. So now worries there.

That is the only part of making these little dessert jars that is even slightly time-consuming. There really just is not too much prep for this recipe at all. So, these little trifle jars come together in just a few minutes and they’d look so adorable at a backyard BBQ!

S'mores Dessert Trifle in a Jar

Print
Prep time
10 mins
Total time
10 mins
A twist on the traditional s’mores - these s'mores dessert trifles in a jar are a delicious treat!
Author: Sara @ Mom Endeavors
Recipe type: Dessert
Serves: 6
Ingredients
Instructions
Notes
For the toasted marshmallows - You just need to broil them, for only a few seconds! Put the mini-marshmallows onto a baking sheet (having them be a little stale or cold can help) and put them in the oven under the broiler. You canNOT walk away…in fact, don’t even look away. I didn’t even close the oven door. I stood there watching for about 10. The moment they start looking a little golden, take them out. Otherwise you might have a charred, gooey mess!
3.4.3177 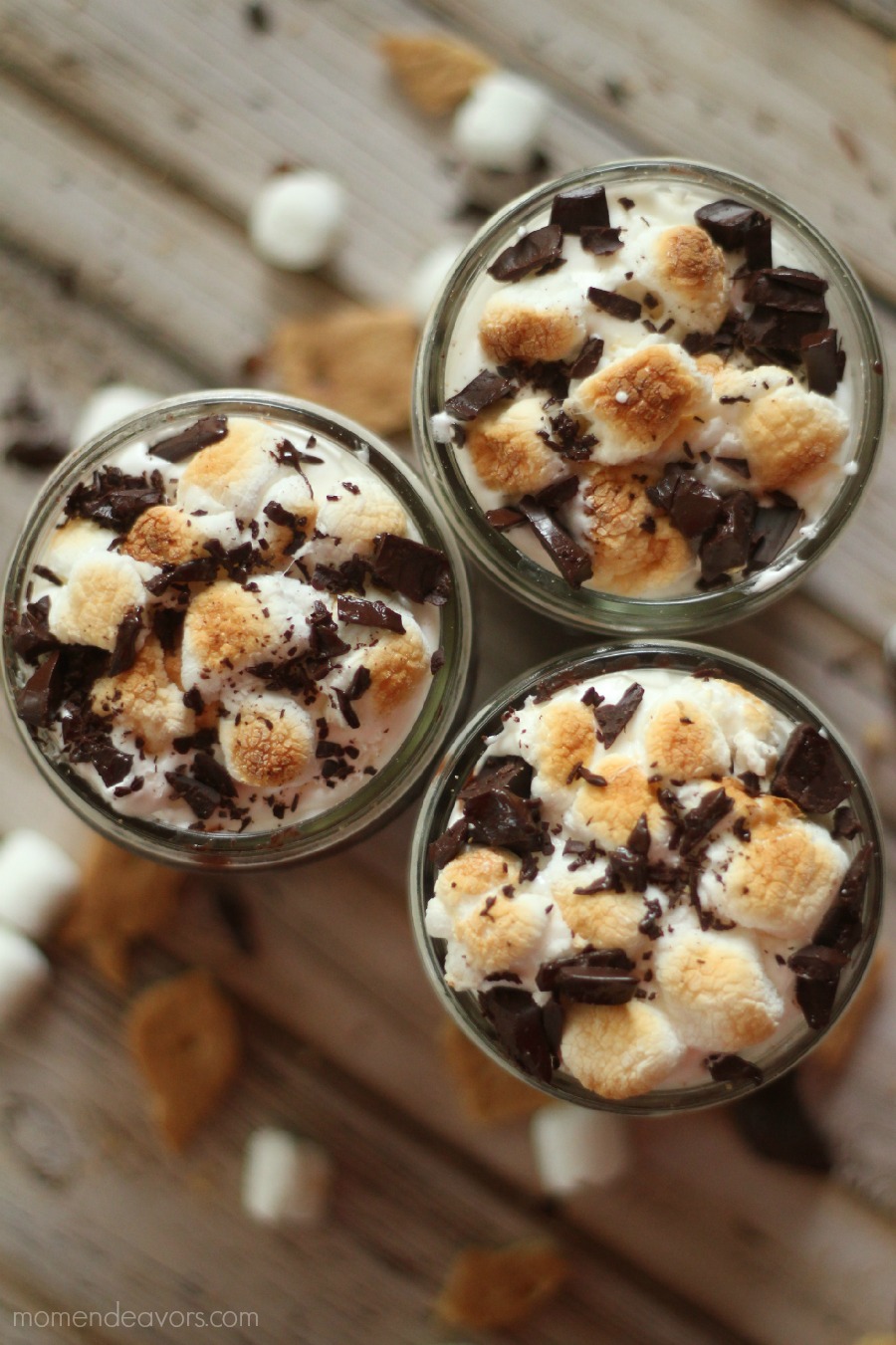 Yum! Don’t they look SO good?! Some s’mores dessert trifle in a jar is always a good idea! And for even “s’more” delicious recipes, be sure to check out this post —> 35+ Amazing S’more Recipes!