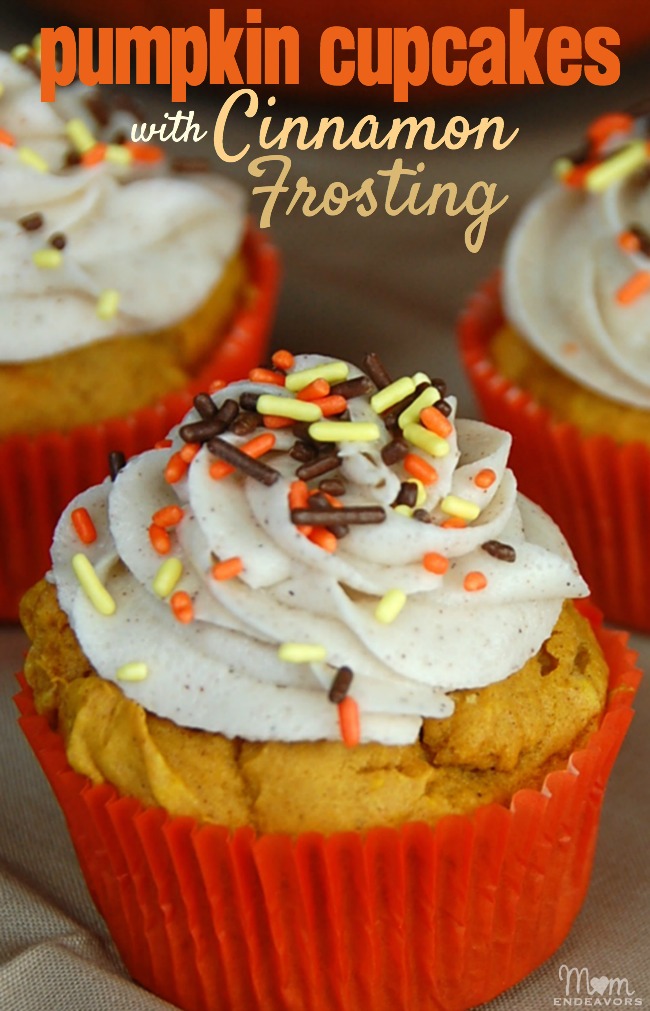 Pumpkin and cinnamon – such a delicious combination of classic Fall flavors! Mr. Mom Endeavors is a HUGE pumpkin fan, so I love doing some fun pumpkin baking in the Fall! We just made pumpkin oatmeal pancakes for a tasty weekend breakfast and pumpkin cinnamon chocolate chip cookies are always a hit around here. So why not try some tasty pumpkin cupcakes too?! They’re insanely easy to make and  depending on how you decorate them, the cupcakes can be perfect for the Fall, Halloween, or Thanksgiving. 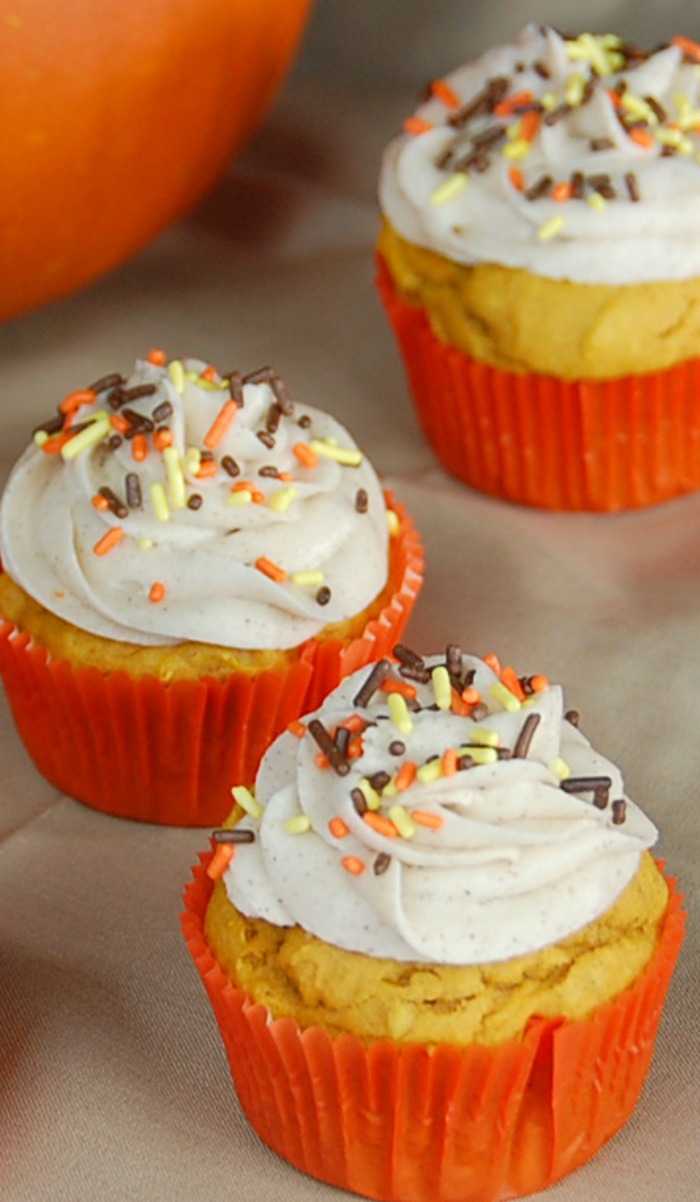 Don’t they look tasty? I actually love making pumpkin cupcakes with cinnamon chips – SOOooo good! Whether you add cinnamon chips or not is really a matter of preference. Like I said, the cupcakes are ridiculously easy to make either way – just 1 yellow cake mix & 1 can of pumpkin puree – that’s it! Mix it together and bake at 350 for 20 to 25 minutes!  Really, it’s like the easiest recipe ever! You can see more about that in this post –> Pumpkin Cinnamon Cupcakes. But, the real highlight here is the homemade cinnamon cream cheese frosting!! OH MY! Cream cheese frosting is my favorite! But, add in a little cinnamon and it’s just perfect for fall (and perfect with anything pumpkin)! Doesn’t it sound SO good?!?! Here’s the easy recipe: 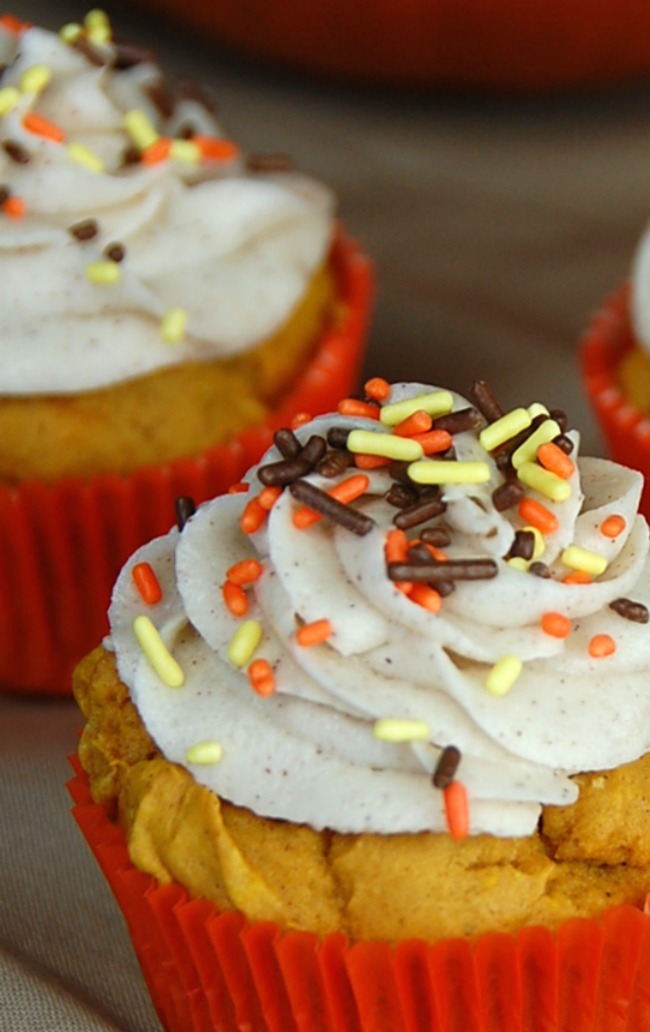 Yum! This cinnamon cream cheese frosting would be great on SO many items during the Fall! You might even try it on these tasty pumpkin bars!

What would YOU like to put the cinnamon frosting on?