Help kids learn and explore emotions with this simple Emotions Sorting “Game” inspired by Disney-Pixar’s Inside Out! The game is a printable download available for free below. 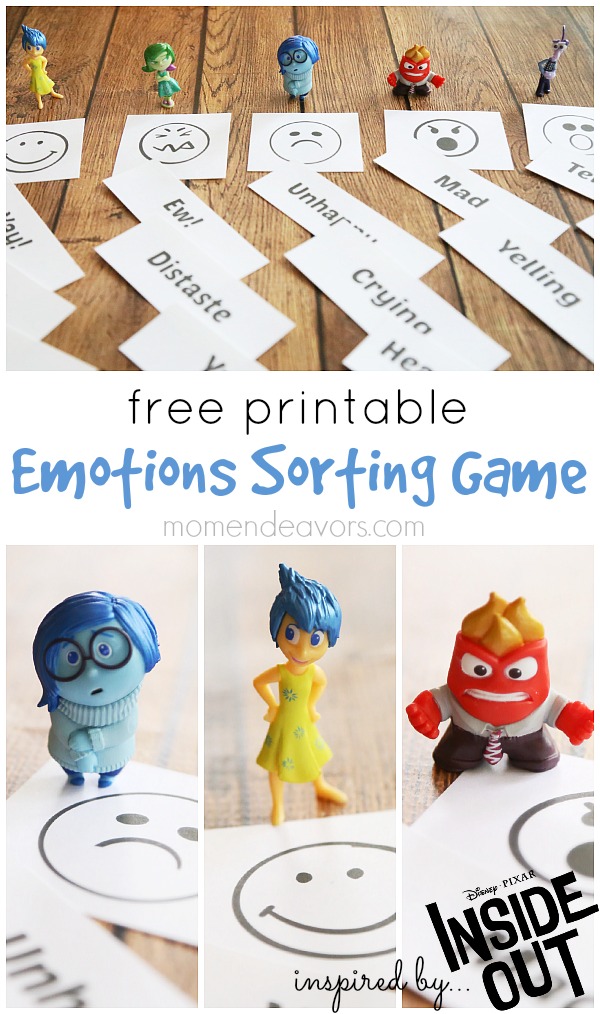 It’s no surprise that we are huge fans of  Disney-Pixar’s Inside Out (which hit theaters in 2015)!  I actually had the pleasure of sitting down with the directors/producers of the film (Pete Docter and Jonas Rivera) at Pixar Studios and got to see see about 2/3 of the movie! We’ve seen it many times since it’s come out (You can read our full review here —> Disney-Pixar’s Inside Out Movie Review)! It’s SO good! As a former teacher with an undergraduate degree in Psychology, I think the idea of an animated film about our emotions is fantastic!

For those that aren’t familiar, there are 5 identified emotions in the movie (who are actually some of the main characters): Joy, Sadness, Disgust, Anger, and Fear. Joy is yellow with blue hair. Sadness is blue. Disgust (my personal favorite) is green. Anger is red. Fear is purple. The movie really does such a great job shaping these characters/emotions and showing how they play a role in our thoughts/actions. 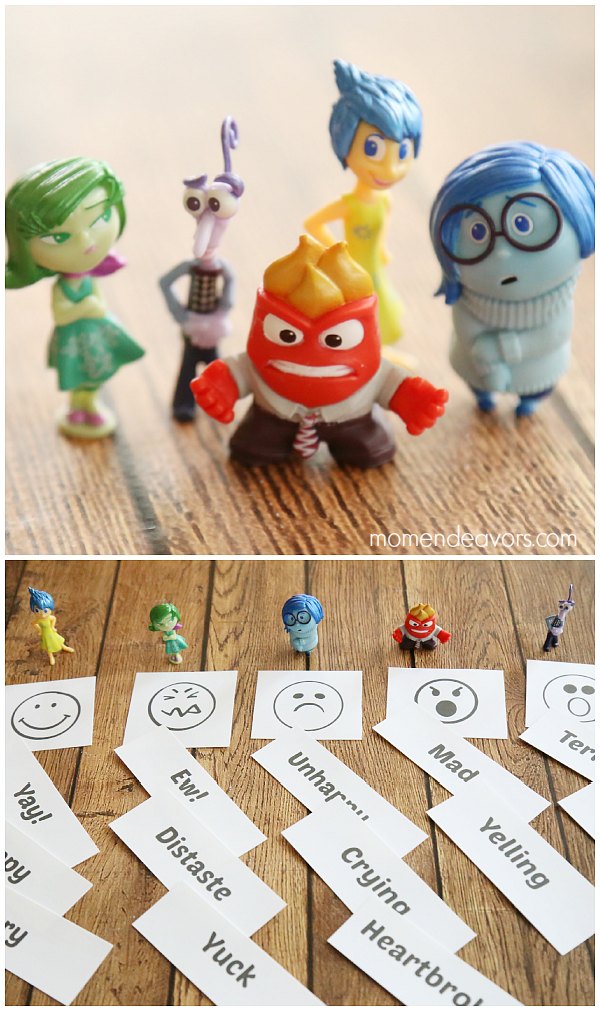 Kids’ emotional intelligence “IQ” is a really important thing to help develop, yet I don’t think it’s something we hear as much about as parents. Instead, we hear A LOT about academic intelligence stuff – making sure little ones know their colors, shapes, numbers, letters…then how to read, multiplication, memorizing states & capitols…the list goes on and on. But, being able to recognize their own emotions and other people’s (as well as label those emotions) is a REALLY important thing for kids to learn! So, inspired by Inside Out, I created a little free printable emotions sorting game that you can play with the kids!

Inside Out- inspired Emotions Sorting “Game”

The sorting “game” is really quite simple – just a mix of emoji faces and words. This works well for us because we have pre-readers and elementary age kids in the house. I like that the little kids can look at the faces, but it’s also a way for the older ones to practice reading. A win-win! 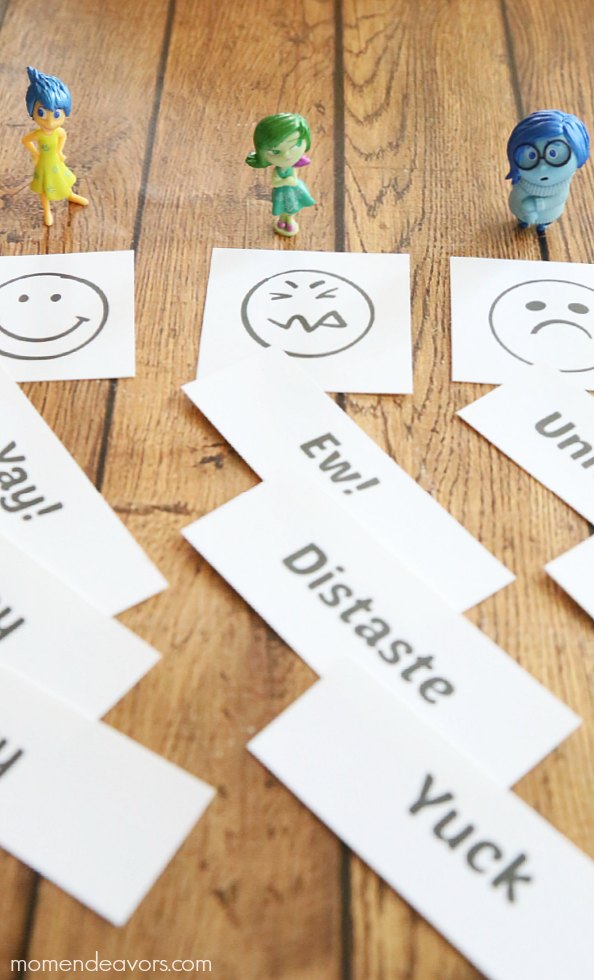 There’s really no set way to “play”, but here’s what we did:

Have all the cards out, face down & have each child pick one card at a time and decide which emotion it goes with. It opens up the opportunity for lots of discussion about emotions and then things that they associate with each emotion. It’s such a simple & fun way to open up some dialogue.

So, you can tailor this however it works for you, add to it, or even make up your own versions! And if you’re able to find any, we found that playing with the characters really made it more fun.

For each category, you could certainly just print images of the characters/emotions. But, to make things a bit more fun for the kids, we picked up some fun Inside Out mini-figures. The toys are not only great for the game, but this way the kids can use the characters in their own imaginative play sessions! 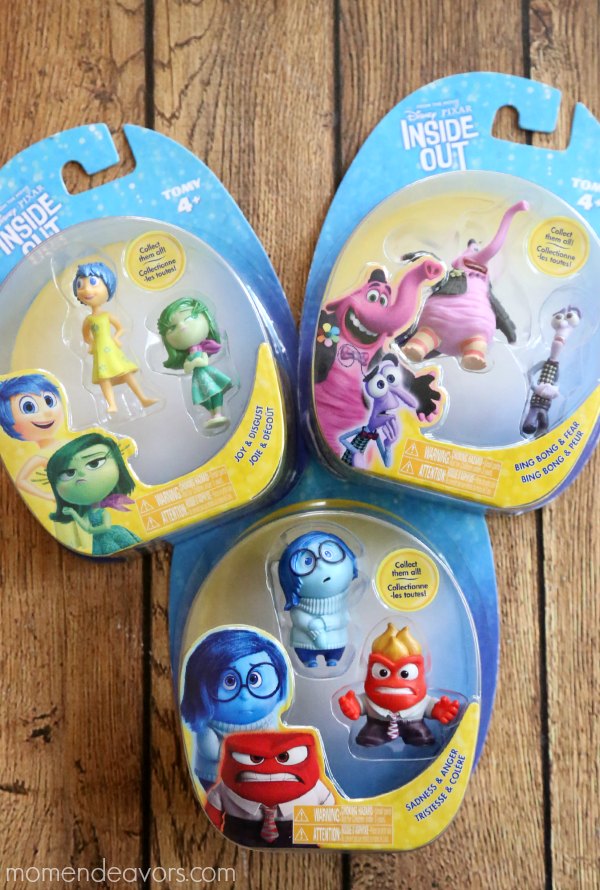 When the movie first came out, finding figurines like the ones above were much easier to find! I couldn’t find those exact ones, but there are still some cute Inside Out products out there! Here’s that we found available more recently:

The printable is just two pages – one with the faces and one with the words! For older or more advanced kids, you could very easily add to this. OR – even have the kids draw/write there own versions to add to this!

For best quality, I recommend printing on card stock! Once you have your cards printed, then you’ll want to cut all the faces and words out! You could even laminate everything to help it hold up longer. 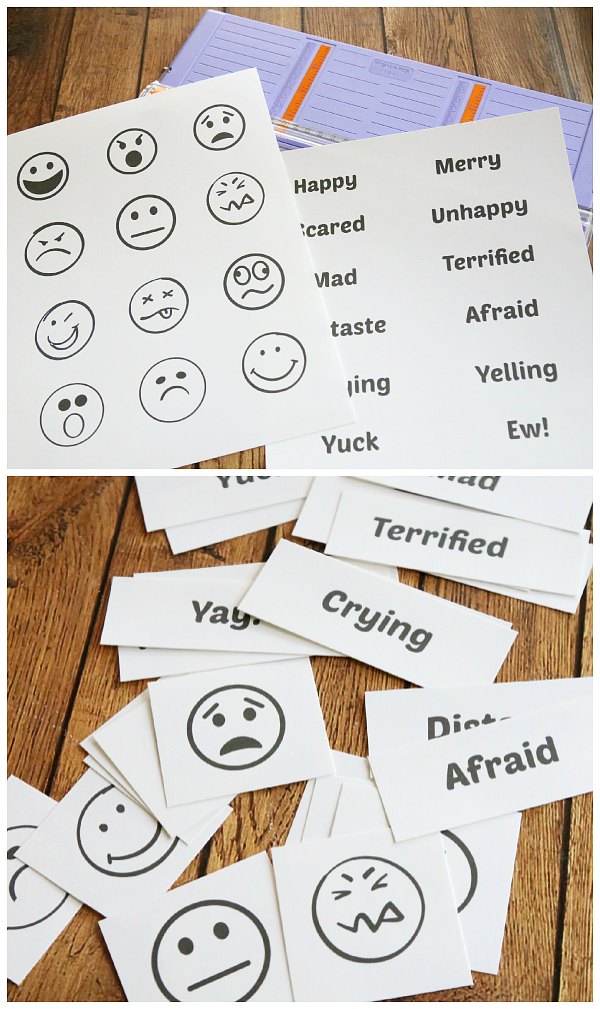 Once everything is printed and cut, then you can sit down to do the Emotions Sorting Game!

More Inside Out Fun!

For more Inside Out fun, check out these posts:

How do you help kids learn about emotions? How do you like Disney-Pixar’s Inside Out?

*Note: This post first appeared on June 8th, 2015 – just before Inside Out hit theaters as part of a partnership with Toys ‘R Us. The simple “game” we created has since become much more popular than we ever imagined it would be and has been shared among psychologists, educators, counselors, etc. Thank you! 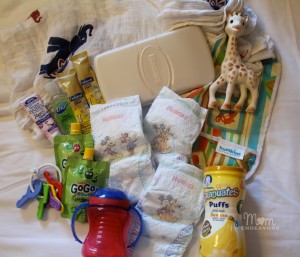 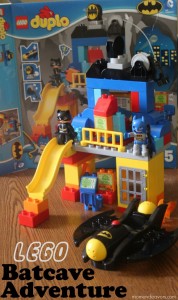 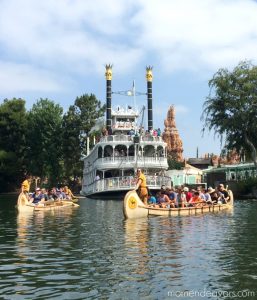