What kind of desserts are you having on Christmas? We tend to change things up every year and last year, my mom & I were inspired by the mini pumpkin pies I made for Thanksgiving! So, for Christmas, we opted for a whole display of assorted “mini”/bite-size desserts! 🙂 YUM! 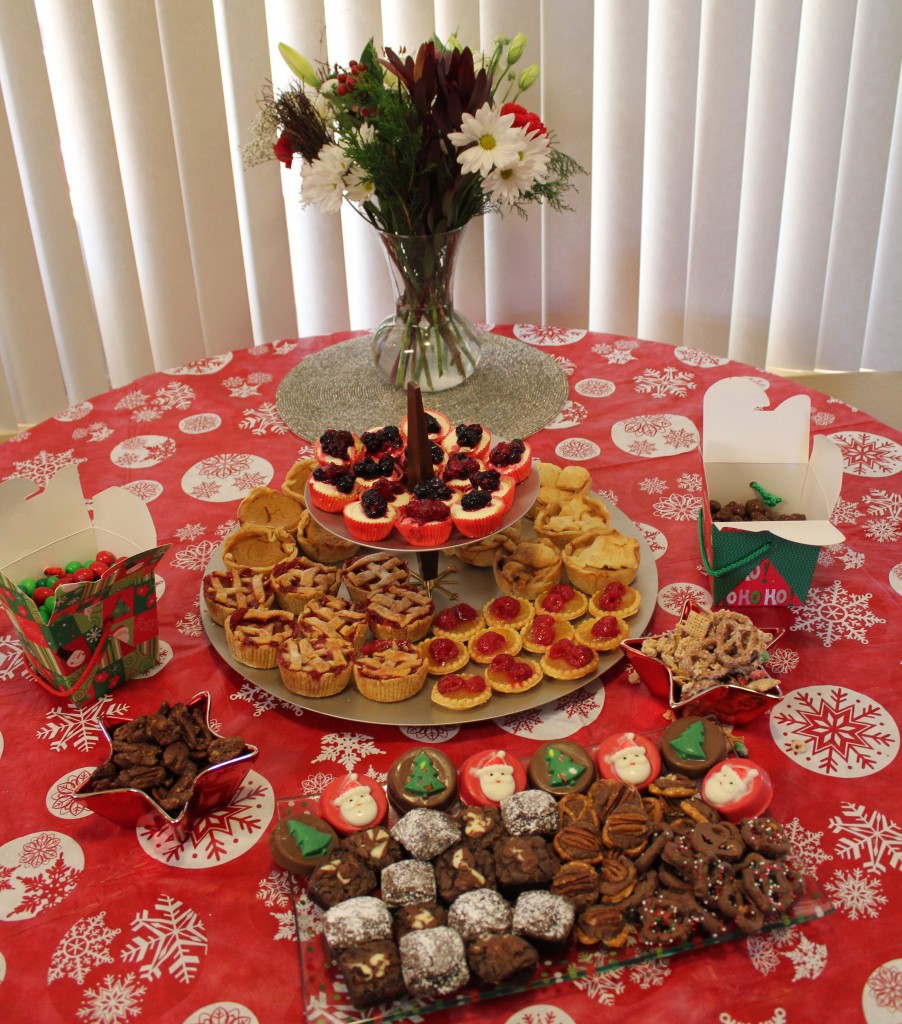 On this platter right up front, there were brownie bites (peppermint brownies are delish), candy coated oreos, pretzel turtles, and chocolate covered pretzels! Then, there was some candy in the boxes, cinnamon-sugar pecans in the bowl on the left, and white chocolate chex mix (aka Christmas crack) in the bowl on the right! I really should get all those recipes posted! Those were all yummy, but the featured attraction were the mini pies!!! 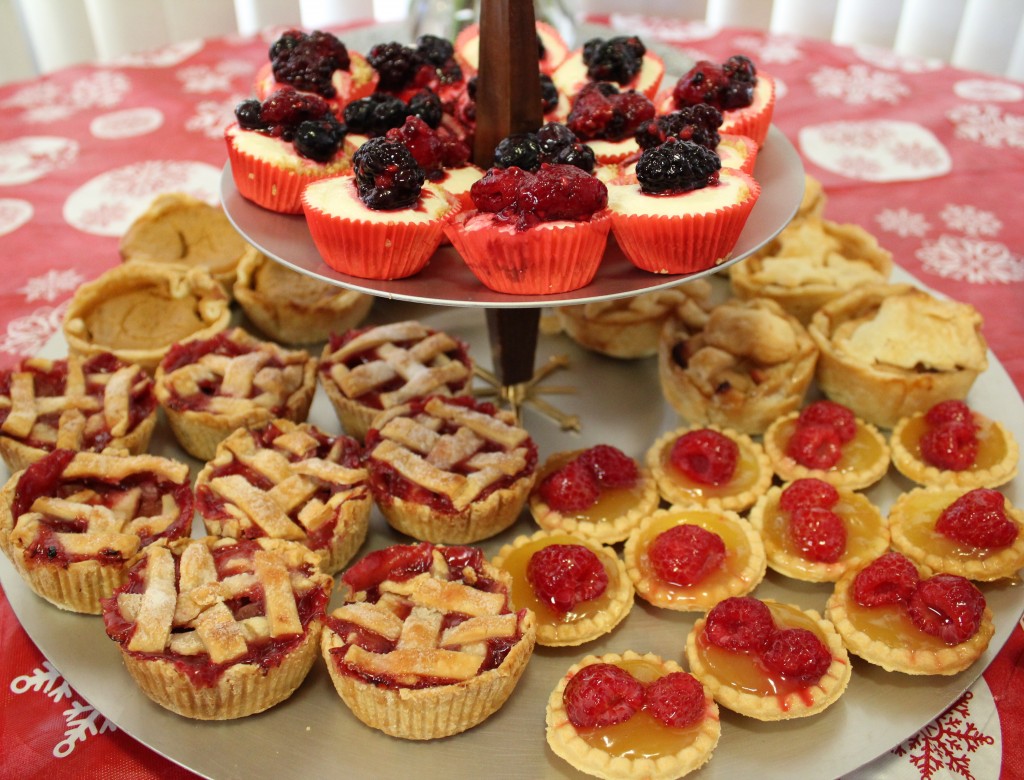 My mom made mini cheesecake bites (up top), mini cherry pies, and mini lemon tarts ( I think those might be store bought with just fresh raspberries added to the top)! Then, I made mini pumpkin pies and mini apple pies! For all of them, we used the same process I did with the mini pumpkin pies. But, an issue with the mini fruit pies is leaking juice & then the crust sticking to the muffin tin, which I discovered when I made the apple pies. So, my mom had the awesome idea to put the crust in a cupcake liner (notice the creases on the cherry pie crust) and then pull the liners off. It worked great! So, often, everyone wants to sample the different desserts anyway! And, with serving dessert this way, people could do just that! 🙂

What desserts are YOU having for Christmas? Do you change it up or does your family have dessert traditions?