I’m SO excited to finally be able to share about our time with Kurt Russell on the set of Guardians of the Galaxy Vol. 2!!! 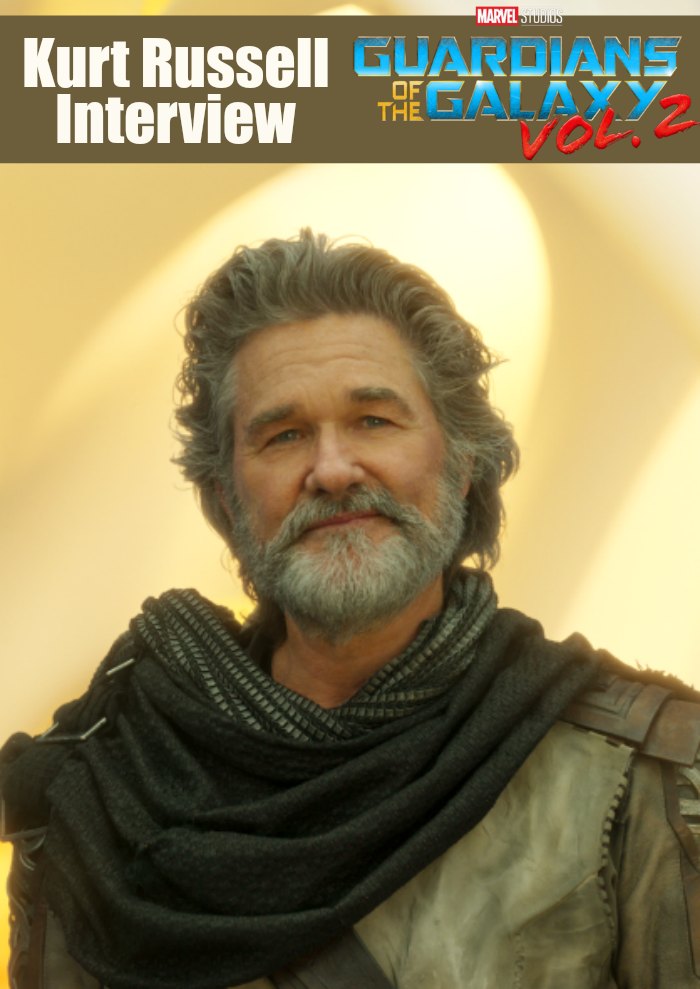 You guys…KURT RUSSELL! I stood on the set of a movie (in a complete blue screen room) and talked with Kurt Russell. Like a real living legend! Talk about a completely surreal moment! He was gracious and easy to talk to…and well, exactly how you might expect Kurt Russell to be!

Kurt was NOT in the first Guardians film, but he is in Vol. 2 playing a VERY important role as Ego, Peter Quill’s father!!!! Hello! As we shared in our Chris Pratt interview, Chris is THRILLED that Kurt is playing the role. You could see his genuine admiration and affection for Russell. In talking with Kurt, it would appear the feeling is mutual. “Chris is great and the whole cast is great and James – it’s fun to work with someone who really knows what they wanna do and what they wanna show and pull off and try to create.”

What’s funny is that there was fan & media speculation/desire that Kurt would play Quill’s father…BEFORE Kurt even knew anything abut it. He said that people started asking him if he was going to do Guardians of the Galaxy. And Kurt said that he had never even heard of it. Hahahah! So, he shared with us that he first watched Guardians at home with Goldie (even just hearing that felt surreal). Within just a few minutes of seeing Chris Pratt play Peter Quill, Russell said that he totally liked the character and the movie and could see why he’d be a good fit to play the dad with the script that he had. 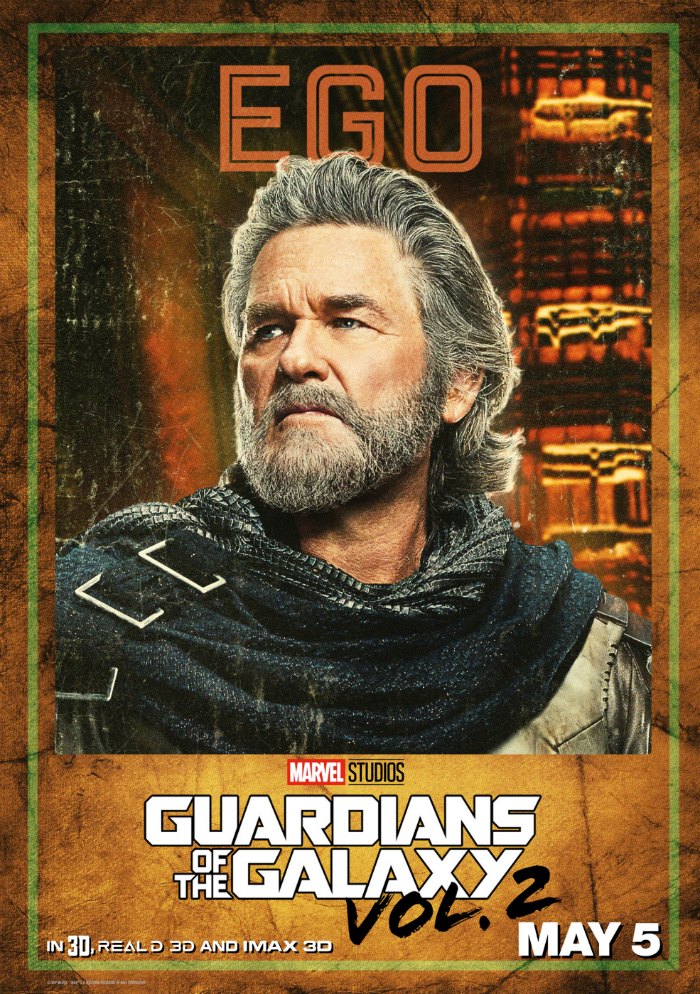 So we asked him what he could share about the role (which wasn’t a lot 😉 )…
“I’m his (Peter Quill’s) father and he’s a man of adventure. It’s a very full role. You have to play a lot of different types of scenes where we are emotionally very different. We get to explore a lot of Peter Quill’s past. You’ll learn a lot about where he comes from and why he is what he is. He’s coming from a position of having wondered about who his father was all his whole life and it’s me, so.

With that info in mind, we also had to ask about Peter’s mom and the music connection (which so far everyone has been VERY tight-lipped about the music). Here’s what Kurt shared on that: “It will be quite important. There’s a strong connection to music, particular songs. It’s a big part of this world and he continues that theme very, very strongly.” Sooooo can’t wait to see what that all entails!

Since we were in the blue screen room (with LOTS of wire rigging), we wanted to find out more about that too and his experience working with more CGI type of stuff like this.

We call them wire gags and this is where we were the last few days. You can see some of the wires that are left. Wire gags have always been the same ever since probably the 30s and 40s but the technology around the wire gag itself has improved so much and the wires have improved.

They’re on computers now sometimes, so you get much better precision. But I started doing those in the 60s, early 60s with Disney and they haven’t changed really that much. Having said that, we’re getting further and further into this world where it will look completely different. And it’s difficult…the spontaneity is different. So you have to invent that. That’s kind of fun to do. Chris and I did some stuff when we first got together and he really knows that he’s my son and that I’m his father and I know that he’s my son, and we’re doing this really cool thing and there’s nothing there. And he and I looked at each other and we sort of – we were imagining things- but we were imagining the same things, so that was fun to play with. So it’ll be fun for us to see that physicalized and then see if, because we told them what we were thinking, they’ll include that. That was fun because only he and I knew what was happening and it’ll be fun to see that brought to life. But you can’t think of it. You’re just doing a scene and something just happens.

COOL! So, I’m SO excited to see Guardians of the Galaxy Vol. 2 in theaters on May 5th! In fact, you can buy your tickets NOW so you don’t miss out on opening weekend!!! It will be SO fun to see Chris & Kurt interacting together as father and son!!! 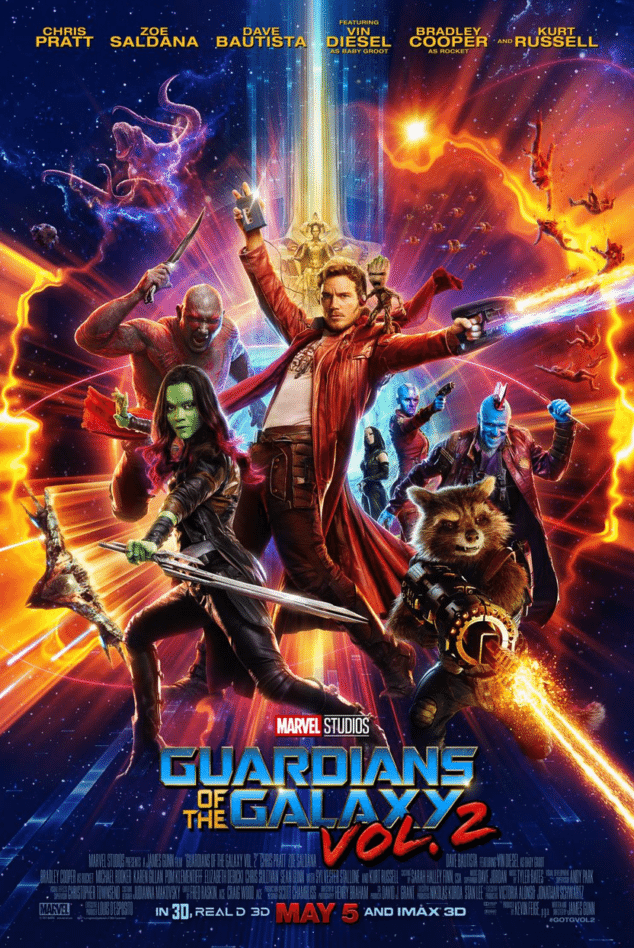