“Well, in Whoville they say– that the Grinch’s small heart grew three sizes that day.” Have some delicious movie night fun with these Grinch Heart Krispie Treats! 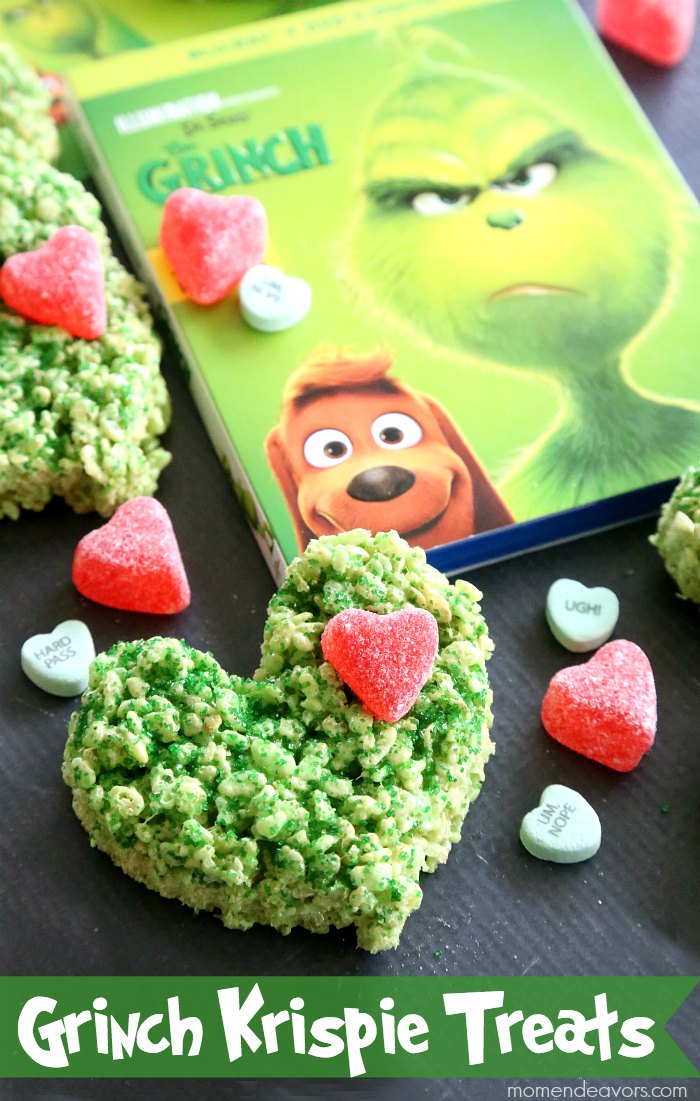 Who else loves the Grinch? It’s Baby Brother’s absolute favorite at Christmas! So, we were thrilled to get sent a copy of Universal Pictures Home Entertainment’s Dr. Seuss’ The Grinch (releasing on Blu-ray/DVD on February 5, 2019) for review! To celebrate, I made these gooey, green Grinch hearts  – a seriously delicious movie night treat! 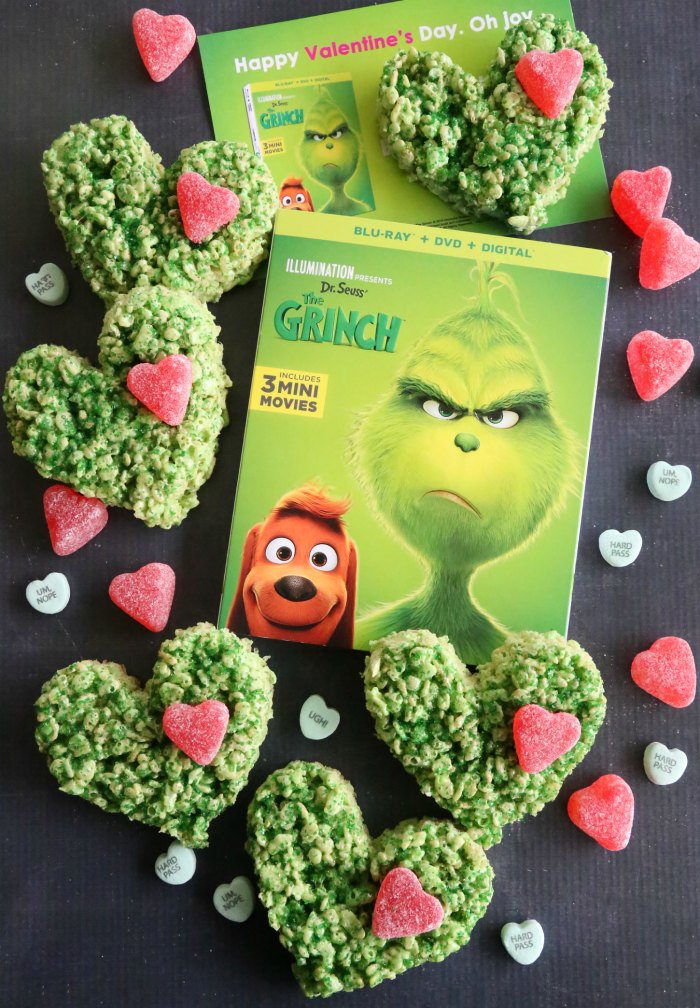 Making these little treats are super easy! You’ll start by making a normal batch of krispie treats with 1/4 C butter, 4 C  mini marshmallows, and 6 C puffed rice cereal. Before stirring in the rice cereal, add about 8-10 drops of green food coloring in to the mixture. The green food coloring gives the treats a light green color. Spread them into a pan to cool. Immediately top with green sanding sugar. Once cool, use a heart-shaped cookie cutter to cut the hearts out (I was able to get 10). 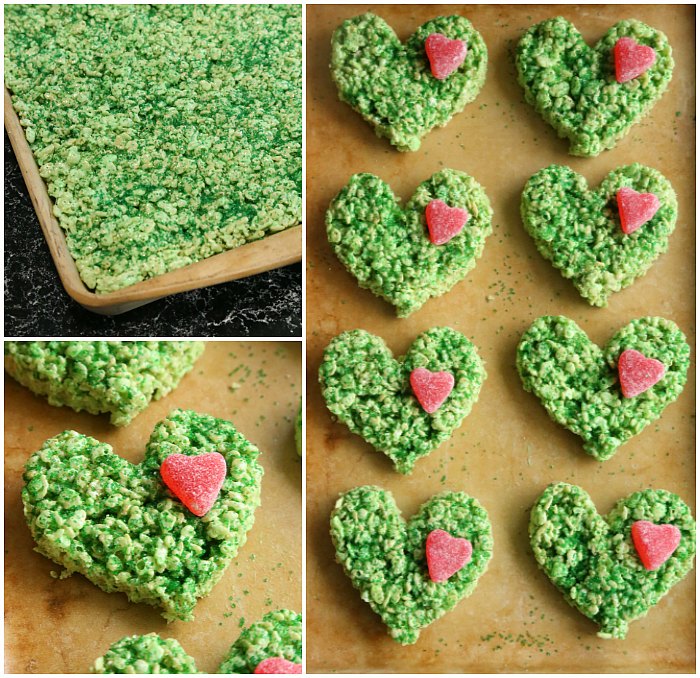 To make the treats that much more fun, I decided to add a red candy heart to each treat! For this, you can buy some jelly hearts (especially easy to find around Valentine’s Day). Just cut the hearts in half and stick them right onto each treat! SO easy (and they really stay stuck)! 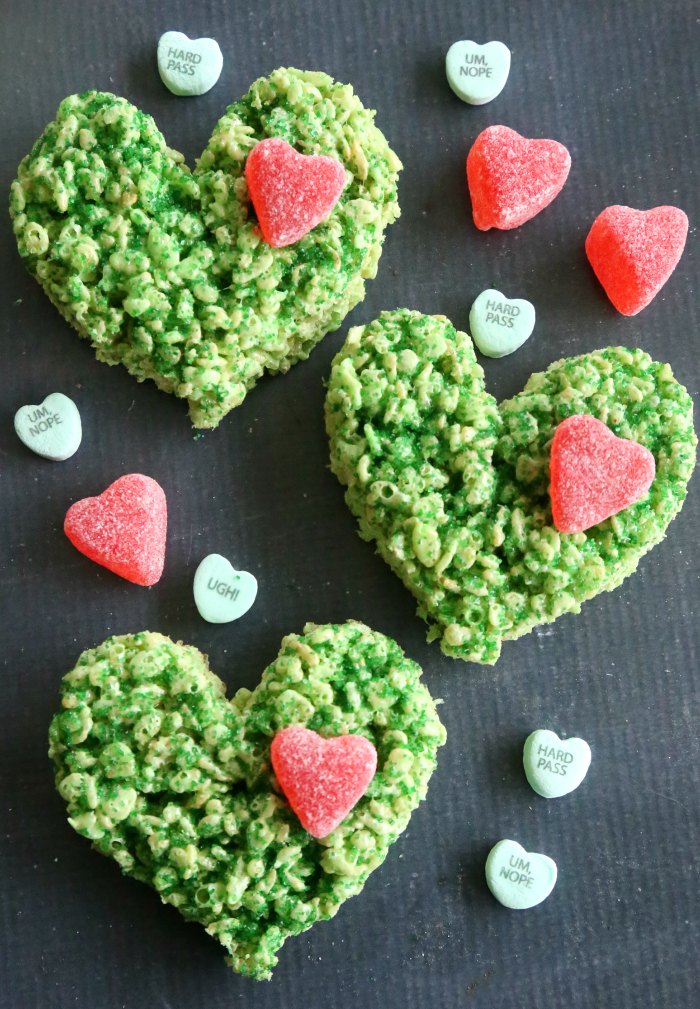 The kids absolutely loved these! They also LOVED the movie and the fun Grinch movie pack we were sent! I mean, how cute is this hat?! 😉 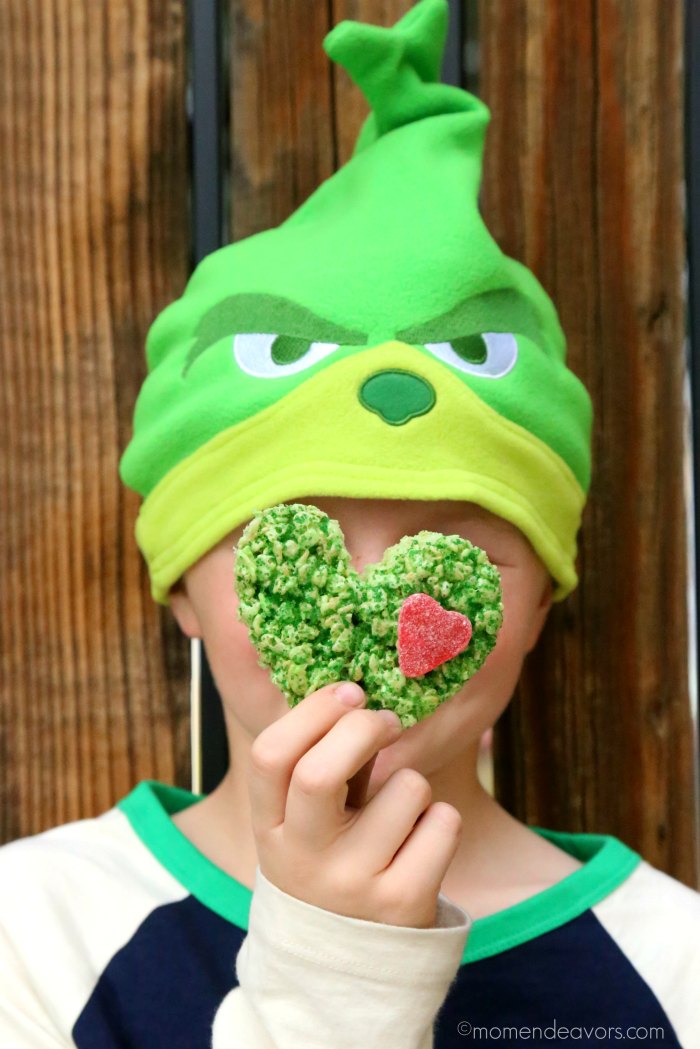 Read on to enter to WIN your own!

The new home entertainment edition contains more than 60 minutes of bonus content, including three mini-movies: “Dog Days of Winter” starring theGrinch and his heroically loyal dog Max; and “Yellow is the New Black” and “Santa’s Little Helpers,” both starring the lovable Minions. It also includes stunning featurettes, a how-to-draw tutorial and much more. Narrated by Grammy Award®winner and Oscar® nominee Pharrell Williams, Dr. Seuss’ The Grinch stars Academy Award® nominee Benedict Cumberbatch (Dr. Strange, “Sherlock”) as the infamous Grinch, who lives a solitary life inside a cave on Mt. Crumpit with only his loyal dog, Max, for company. The incredible voice cast includes Rashida Jones (“Parks and Recreation,” The Muppets) as Donna Who, Kenan Thompson (“Saturday Night Live”) as Bricklebaum, Cameron Seely (The Greatest Showman) as Cindy-Lou Who, and featuring legendary actress Angela Lansbury (Anastasia, Beauty and the Beast) as the mayor of Whoville. Funny, heartwarming and visually stunning, Dr. Seuss’ The Grinch is a perfect night in for the whole family! 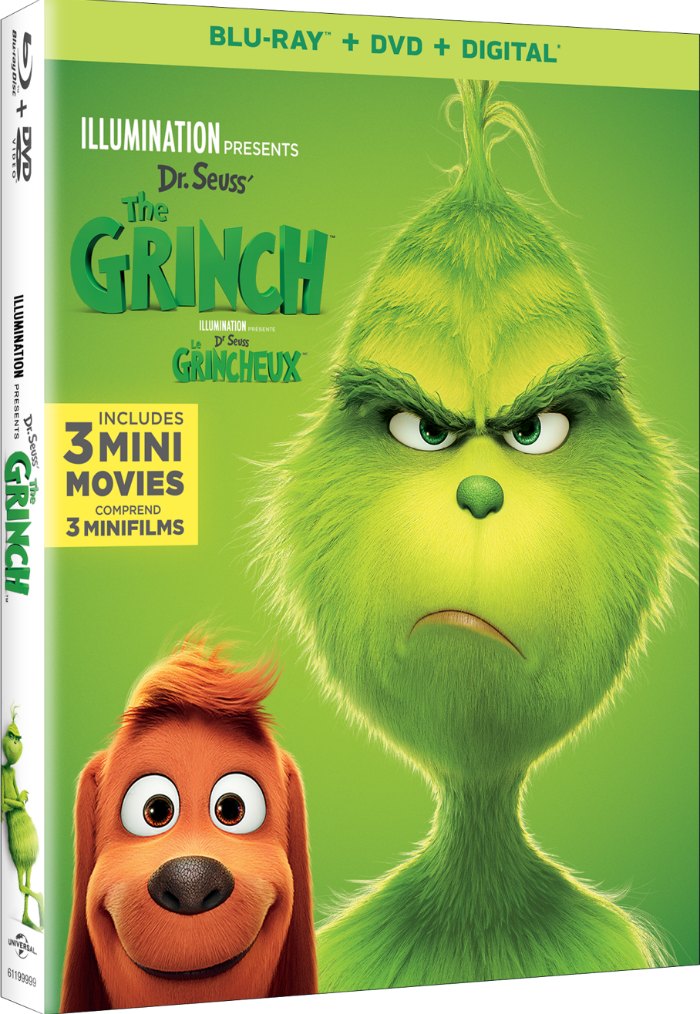 Now, how about a fun movie night prize pack?! One lucky Mom Endeavors reader will receive: 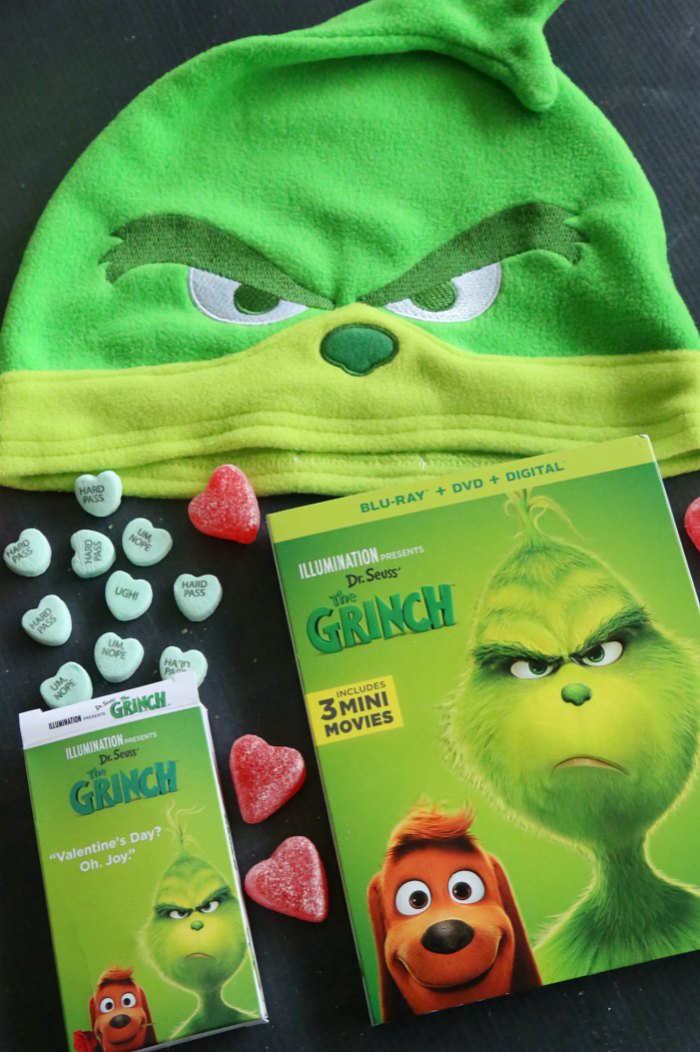 The whole pack is adorable – I really love those sarcastic, Grinch conversation hearts! Too funny!! So, go enter to win on the widget below (giveaway is open through February 10, 2019)! Good luck!a Rafflecopter giveaway