Ready to hero up? These fun donuts are sure to be a hit with your favorite superhero fans at home! 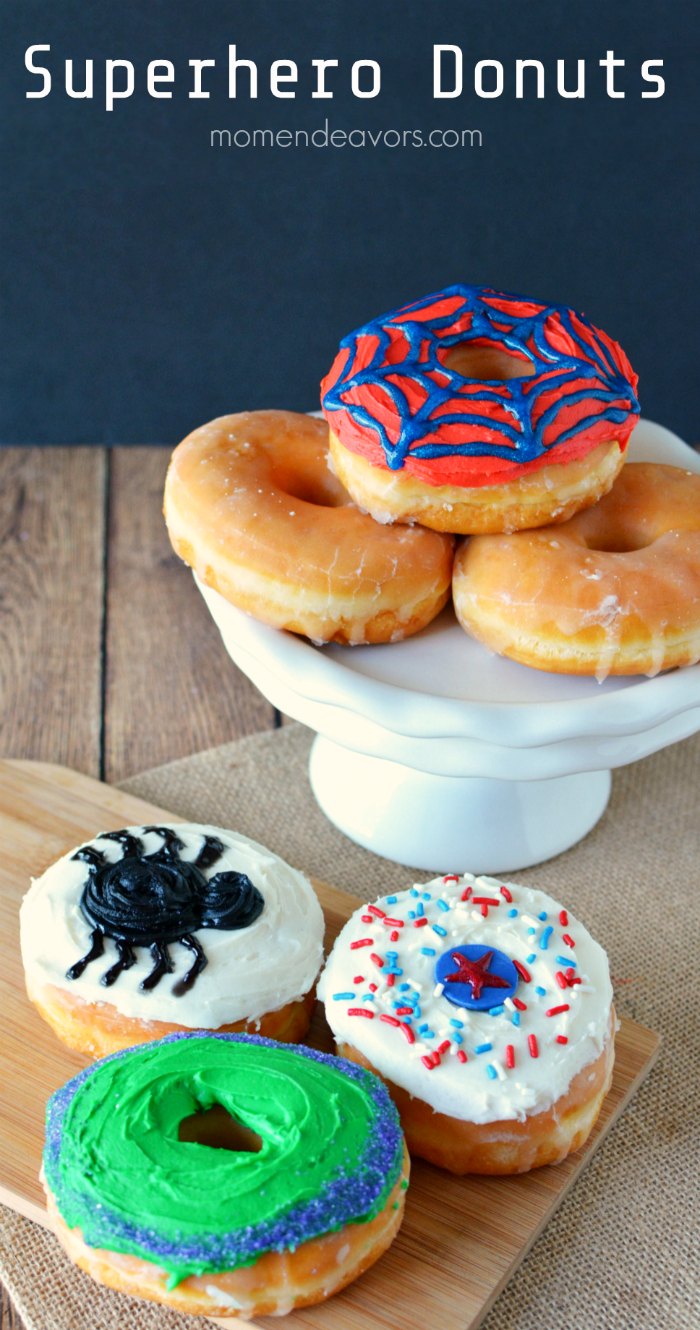 With the opening of the new Guardians of the Galaxy ride (among other fun things at the park), Disneyland has deemed this the “Summer of Heroes”. In addition to the fun at Disneyland, Guardians of the Galaxy Vol. 2  just recently came out (which I had the pleasure of visiting the set of during filming & interviewing the cast), Wonder Woman is currently in theaters, Spider-Man swings into theaters later this summer, and Thor 3: Ragnarok hits theaters in November. Add that to other summer things like ComicCon & D23 and well, there is A LOT of superhero fun to be had! We even did a whole Avengers superhero theme for Halloween this past year! 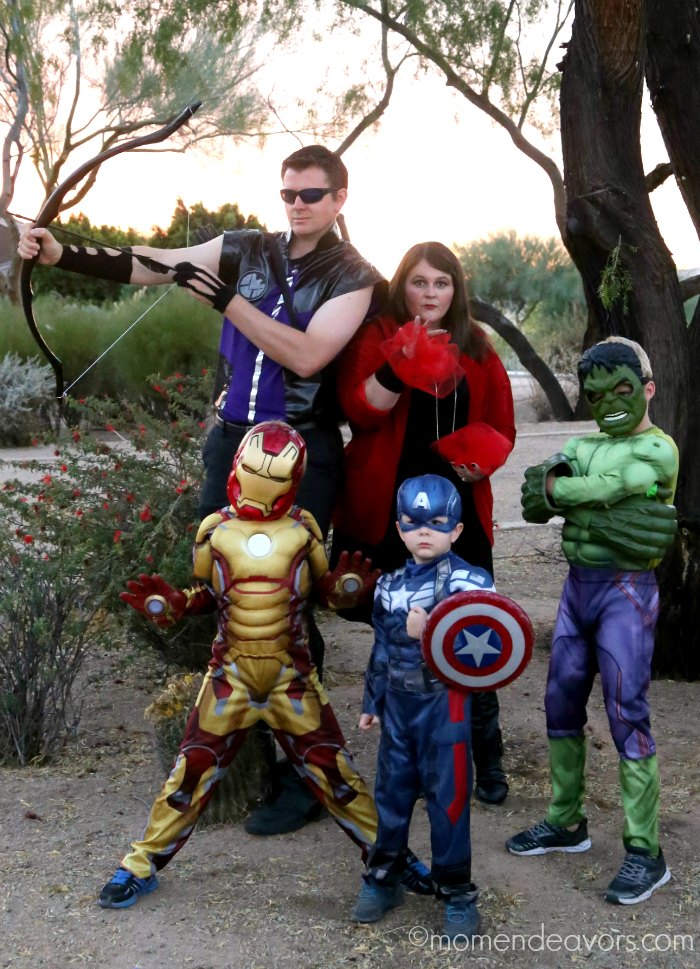 So, it probably comes as NO surprise that while I was attending the media preview for the Summer of Heroes fun at Disneyland, I knew the boys would love just about everything! And one of the things that stood out was all the fun themed food! There were some super fun options like these epic superhero donuts found at Schmoozies in Disney’s California Adventure Park. Check out the size of the ‘Gamma Sized Doughnut’. WHOA! 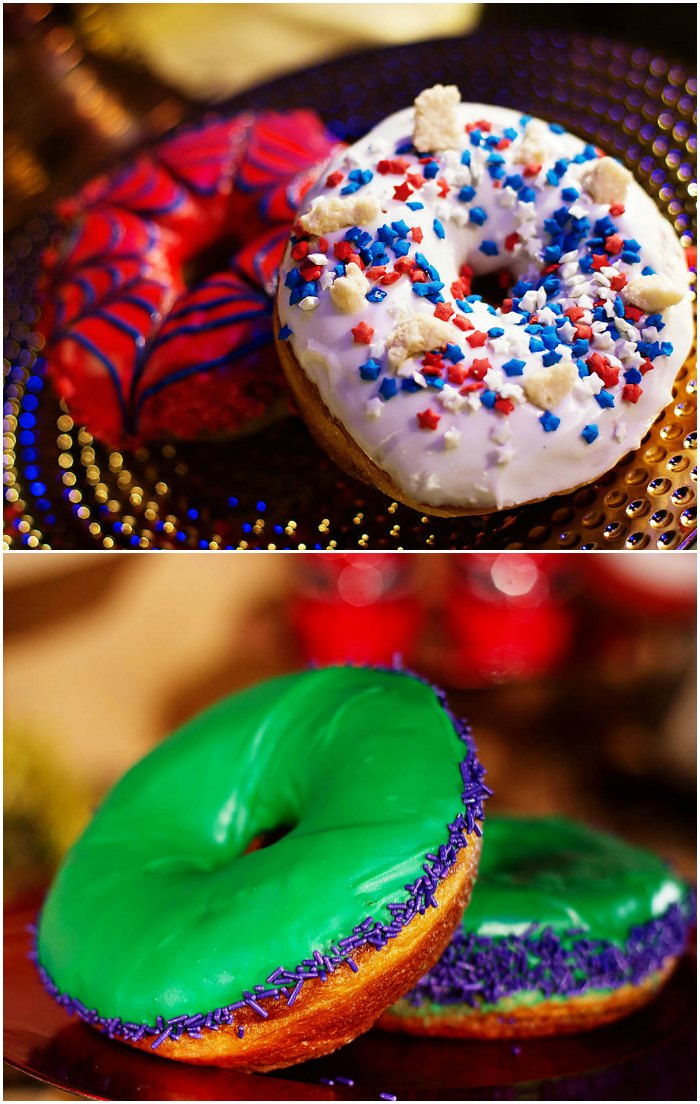 Photo Credit: Allison from All for the Boys
Aren’t they fun?! We cannot WAIT to get back to Disneyland to try them! But in the meantime, I thought we could make our own fun versions at home! Now, these certainly aren’t as elaborate with delicious fillings and giant sizes, but I think they’re still pretty fun! We’ve got Hulk, Captain America, Black Widow, and Spider-Man represented here! 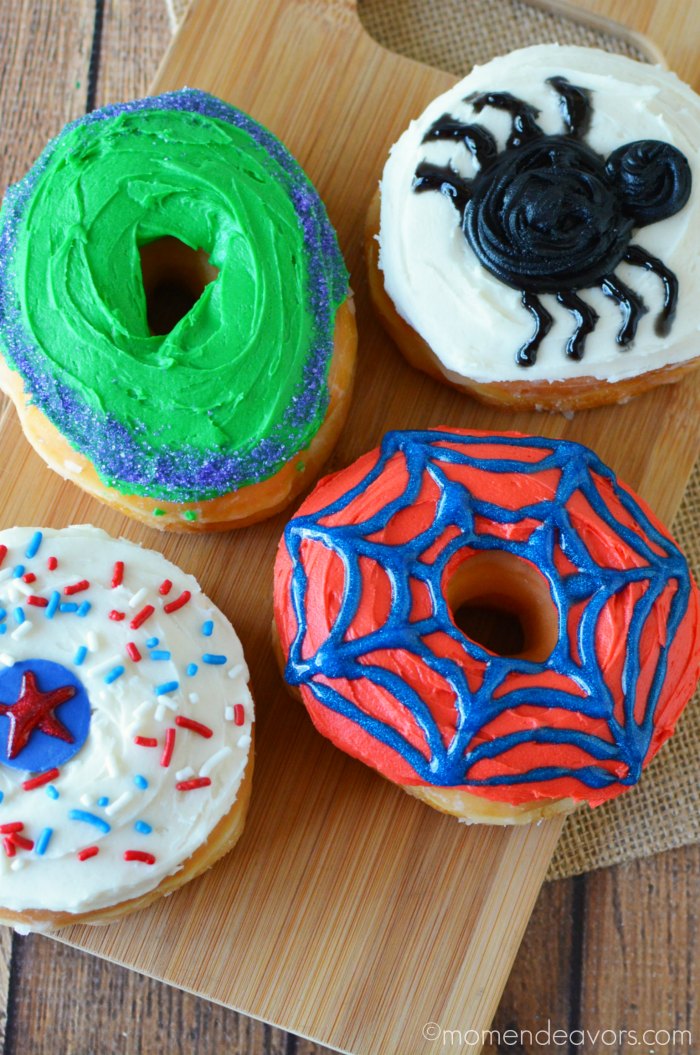 So fun! To make the the hero donuts, you’ll need plain glazed (or cake) donuts (either your favorite homemade donut recipe or homemade). For frosting, you can also use store bought or a simple butter cream recipe! Once you have those basic ingredients, then you can get started with the decorating!
Hero Donut Ingredients:
Hero Donut Directions: 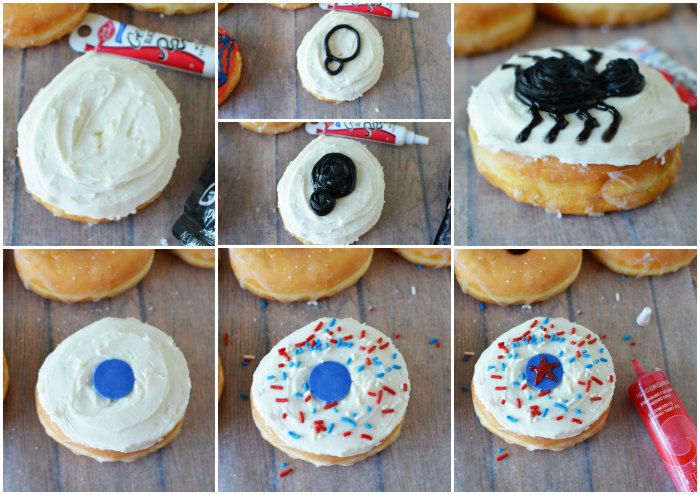 For Black Widow: Frost donut with white frosting. Make sure you cover the center with icing. Add a black head and body shape using the black icing and round tip. Unscrew the round tip and fill in the spider with the star tip. Use the black gel writer to add 4 legs to each side of the spider. 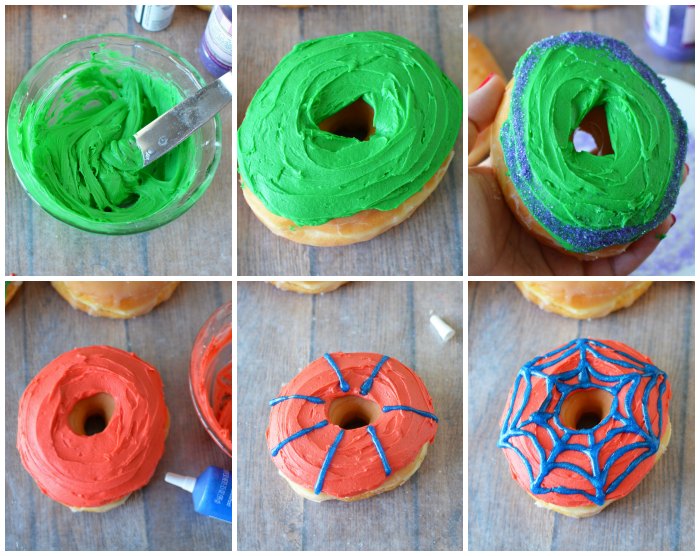 For Hulk: Frost the donut with green frosting (add green food coloring to frosting to tint it green). Dip the edges of the frosting into purple sugar sprinkles.

For Spider Man: Frost the donut with red frosting (add red food coloring to frosting to tint it red). Draw lines on the donut, from the center outward, with a dark blue sparkle gel. Add web arks between the lines starting from the inside and moving to the outside of the donut. 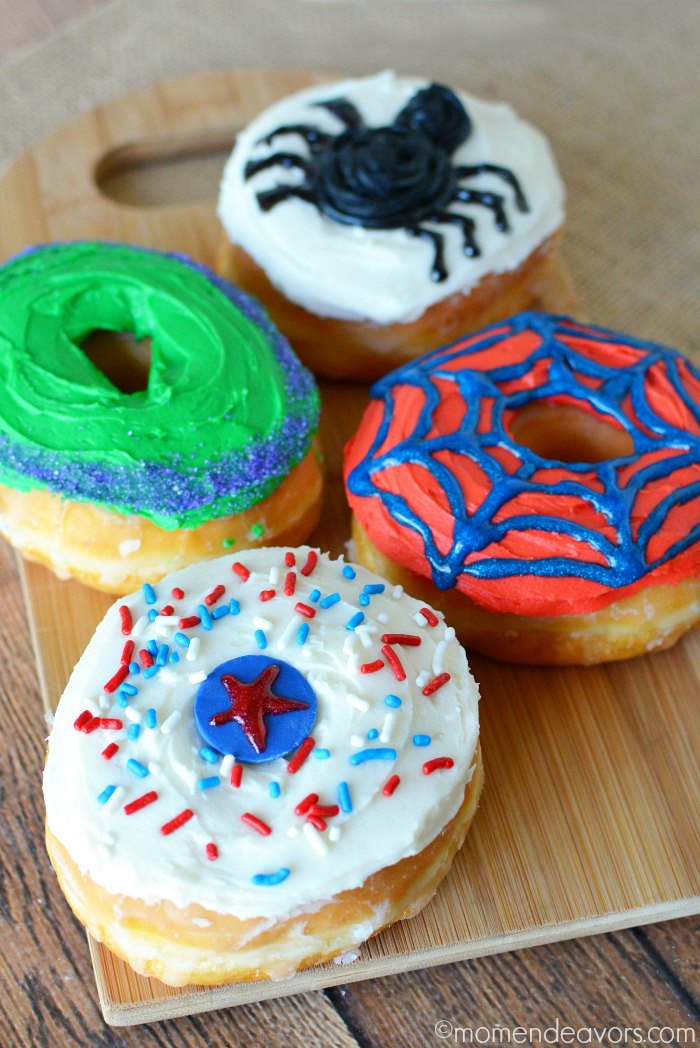 Aren’t they fun? Super easy to do too! They’re perfect for a party, a movie night, or just for a little Disney fun at home!!
Enjoy!
Like it? Pin it!!