Oh my goodness, I am so excited to announce that I’ll be headed to Los Angeles soon for the Hollywood Red Carpet Premiere of Disney’s Planes!!! (Full disclosure…it’s an invite-only expenses paid blogger press trip) And I want you to come fly with me–at least virtually anyway!!! 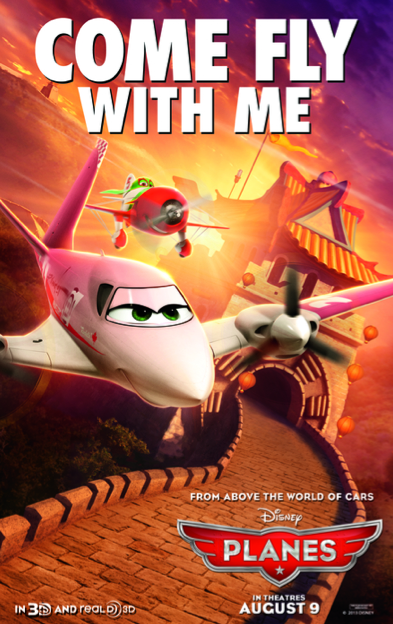 The boys love the movie Cars and are so excited for Planes! It’s one of the many upcoming fun Disney things! So, when the invite to attend this special #DisneyPlanesPremiere event landed in my inbox, I couldn’t believe it! Talk about soaring! 😉 The boys don’t know I’m going yet, but the movie is just about all they can talk about. In fact, they already have some of the figurines and know the characters. El Chupacabra is already a favorite! Here’s a glimpse at the movie if you haven’t seen it already:

I can’t believe I’ll be on the red carpet at Hollywood’s famous El Capitan Theater for the premiere of the movie! Just check out some of the voice talent from the movie that might just be there too…

So fun! I’ll be sure to snap lots of pictures! The only other remotely similar experience is the red carpet event for the grand opening of Cars Land, so I’ll be drawing from that to prepare! Now, if I could just figure out what to wear! AHHHhhh! 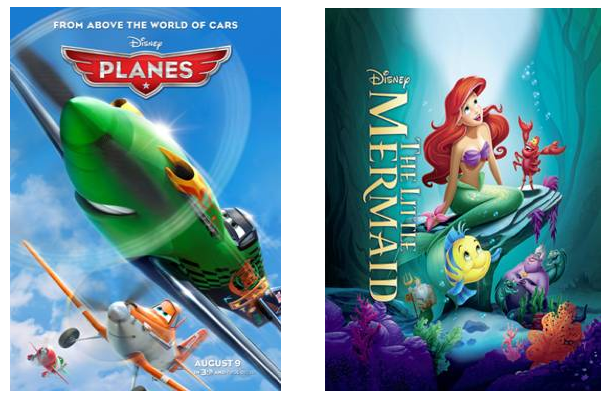 In addition to flying high with all the Planes fun, I’ll be heading under the sea to celebrate The Little Mermaid! It hit theaters in 1989 and quickly became one of my favorites. I have all the music memorized and have even auditioned for musicals (in high school & college) with music from the film. So, I am ridiculously excited about this. In October, THE LITTLE MERMAID Diamond Edition Blu-Ray DVD set is being released for the first time. We’ll be celebrating with a a behind the scenes look at the making of THE LITTLE MERMAID including interviews with talent and filmmakers, plus a private tour of the archives at the Animation Research Library!!! Icing on the cake?!….We get to have a Q&A with Jodi Benson, the voice of Ariel! Maybe we can talk her into singing for us?! 😉

We’ll also be seeing a short preview of the upcoming movie, FROZEN! From the little bits I’ve seen, it looks good so far and will be the perfect chilly setting for a movie coming out in November! And, as if all of that wasn’t exciting enough, we get to meet some of the stars of SUPER BUDDIES (the newest film in the Buddies franchise). I have a feeling that is going to be cuteness overload! The boys love the Buddies! 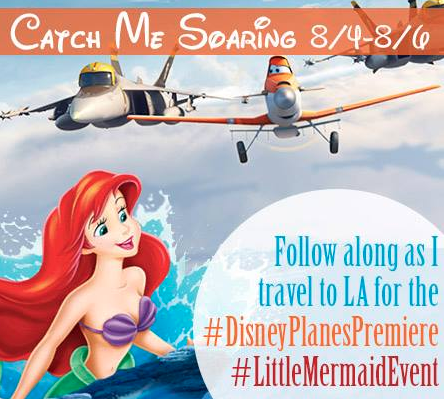 So, I would LOVE to have join me on this once in a lifetime adventure! You can follow along in real time by staying tuned to my Instagram, Twitter, and Facebook feeds! In addition, you can join all the 24 bloggers who will be attending by following the #DisneyPlanesPremiere and #LittleMermaidEvent hashtags over the social media outlets as well! You can bet that I’ll be sharing TONS of pictures from all the amazing things going on!

Additionally, if you can follow the movies on social media:

Are you more excited by Planes or THE LITTLE MERMAID?

Disclosure: Disney is providing me with an all expenses paid trip in order to attend the Hollywood premiere and participate in group interviews for both films. As always,  all opinions, experiences, and love of Disney are entirely my own!