We just couldn’t contain the excitement any longer. After knowing for more than 7 weeks that we’re headed to Disney World for the Disney Social Media Moms conference, the secret HAD to be told! We had thought about waiting to surprise them until right before we leave, but we decided that it would be more fun to surprise them a little ahead of time. Since the boys don’t really know anything about Disney World (we’ve never been), we thought it would be fun to look at park maps, talk about what we’re going to see, watch some video, etc. before we leave! And, I’m so glad we decided to do that! It was so fun to be able to openly talk about it with them all weekend!

Here’s how the surprise went down:
So fun! I think Little Brother thought the surprise was just his fun Mickey Mouse food!! It is hysterical how he basically just stuffed his face with watermelon the whole time!! 😉

Here are a few more details on what we did….

Mr. Mom Endeavors & I kept talking about what we were going to do and ultimately decided to go low-key (because we just couldn’t wait any longer) with a simple, yet fun dinner and a cute card. Big Brother is in kindergarten and I liked the idea of him practicing his reading to figure it out! So, I made a simple card…just some white card stock, a painters pen, some washi tape, a few printed pictures & some stickers! 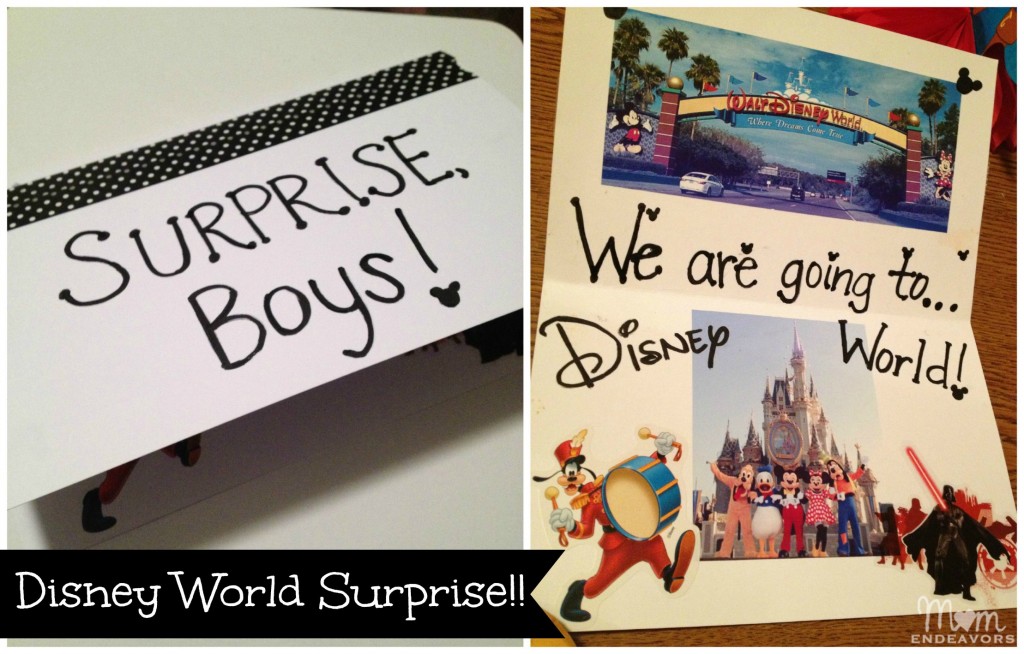 Dinner was pizza & watermelon. We ordered a pizza, but asked them not to cut it for us. That way, I could cut out Mickey pizzas using a Mickey head cookie cutter! Super simple, but really cute!! I need to remember to do this more often with fun cookie cutters.

We used the same cutter for the watermelon. I just cut round slices off the watermelon and cut out the center with the cookie cutter! Super easy! Then, just to add to the fun, we served up dinner on some Cars plates and put out a few decorations from the recent Jake and the Never Land Pirates birthday party! As you can see from Little Brother’s reaction in the video, it was a BIG hit!! 🙂 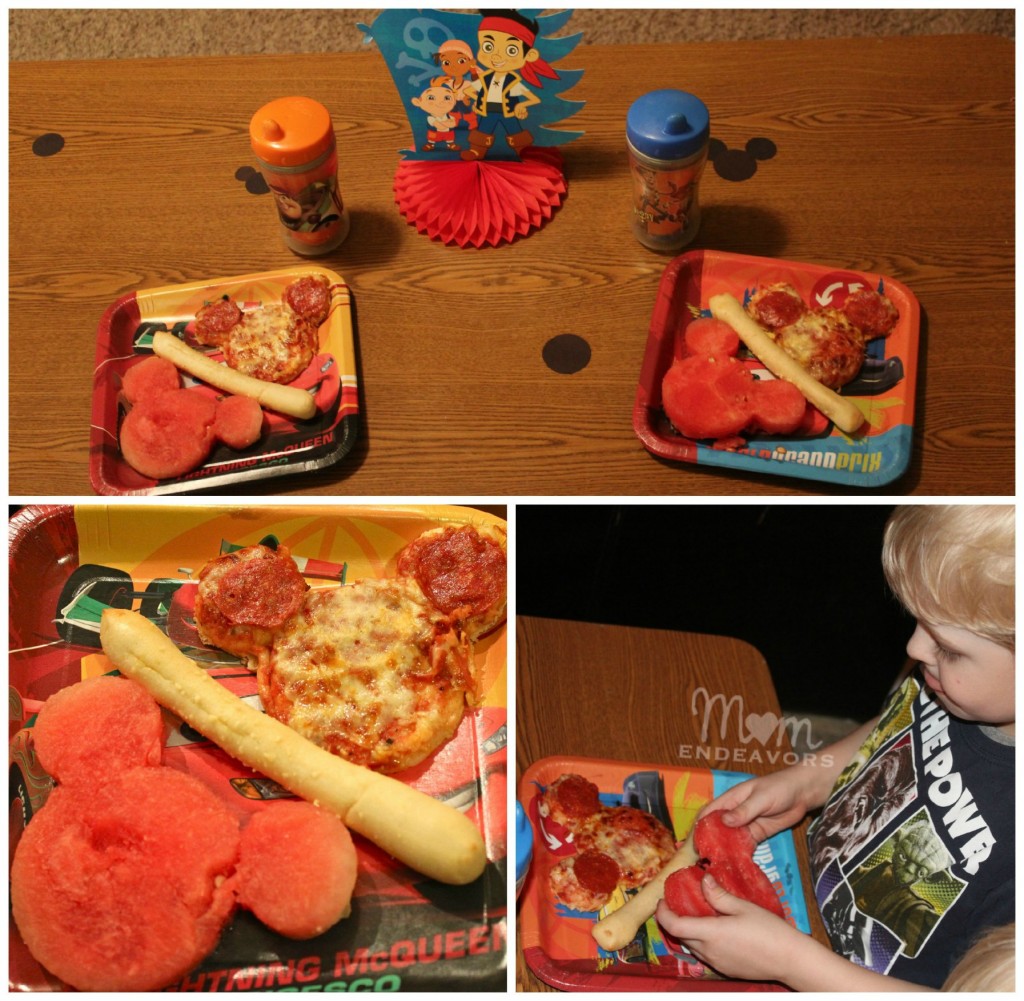 Even after the surprise was announced, the boys kept picking up the card to look at it and pointing things out! Hello, Darth Vader! As we kept talking about things, they got more and more excited! 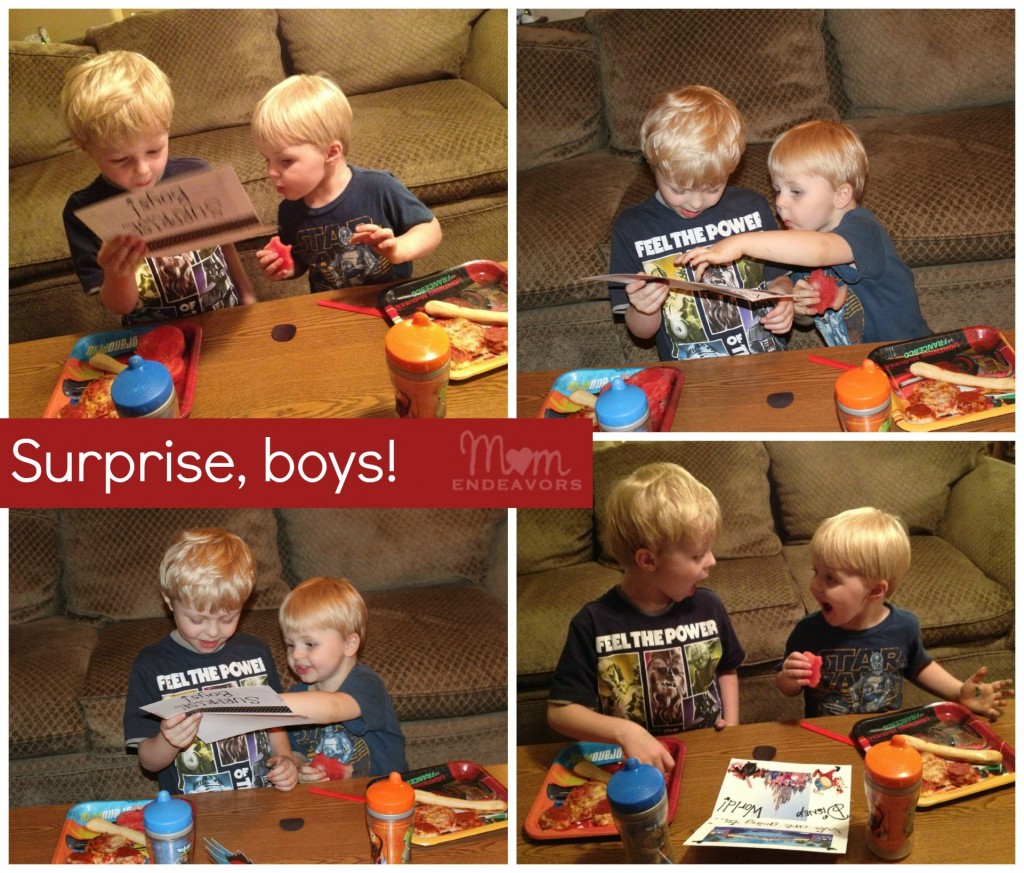 The rest of the evening was spent watching the Disney Parks Vacation Planning DVD (it’s awesome that you can get a free copy! Ours was a little outdated because we got it a few years ago, but was still great for a basic overview)! The boys LOVED this! Big Brother was asking SO many questions and was glued to the tv. He was so excited he even wanted to watch the parts about the hotels! 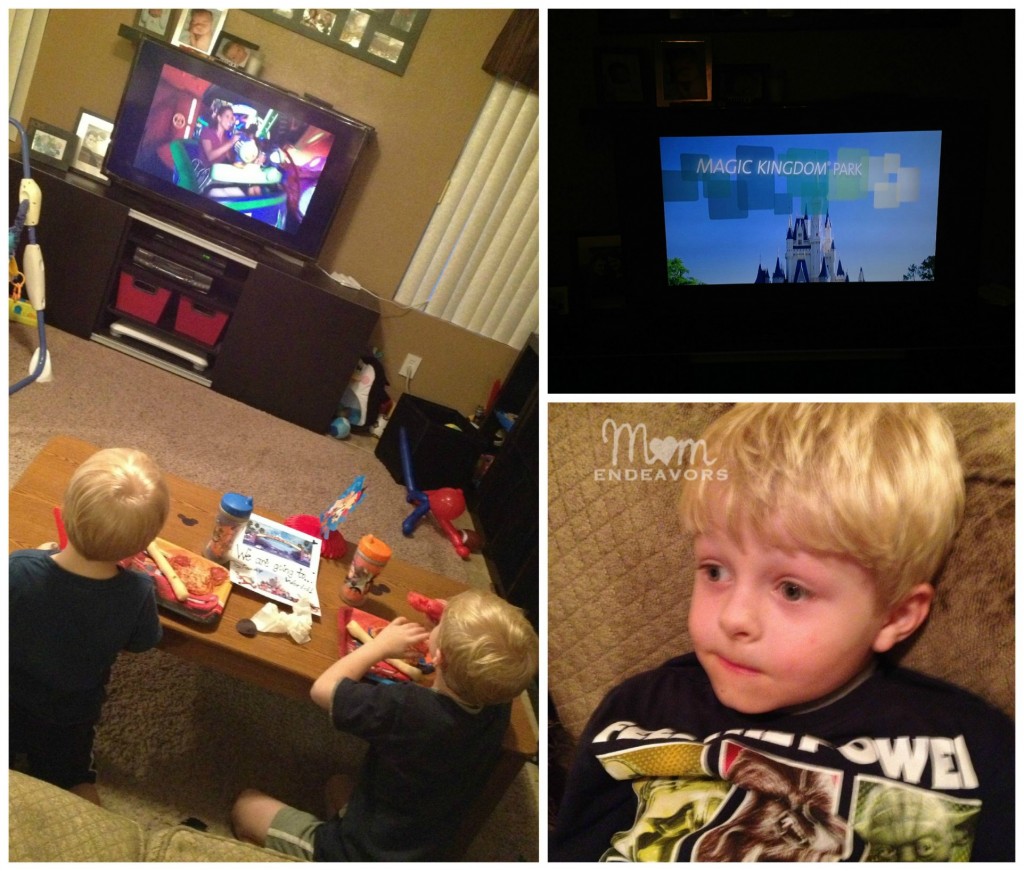 They loved seeing the things that they recognize from Disneyland, but are pretty excited about some other stuff too! Big Brother thinks we have to go to Typhoon Lagoon (he is super big into swimming right now), was quite impressed by the “Lights, Motors, Action Extreme Stunt Show” (boys!!), and cannot wait to ride “Dinosaur” and play in the fossil dig site at Animal Kingdom. Then of course, they picked right up on the Star Wars stuff and can’t stop talking about it! So, they are already coming up with a must-do list! 😉 But, a few things won’t be on that list! They both were totally scared by Tower of Terror and Everest ride explanations! Little Brother’s eyes were as big as saucers during the Tower of Terror ride part and was practically shaking. I asked him if we should ride that and he emphatically said, “no! no! no! no!”! Too funny, since I know that in the tween/teen years, that will be a favorite ride! 😉

Anyway, needless to say, everyone is SUPER excited!

What are your favorite attractions at Disney World?