I’m celebrating the College Football Saturday Tailgate live in Lincoln–watching my Huskers take on Northwestern! And, I’m feeling a bit nostalgic for college! My husband and I met there and we were seniors 10 years ago. Seriously, how did that happen?! So, I thought I would share the memorabilia college I made from our senior year! Making something similar would make a PERFECT Christmas gift for your favorite football fan! 🙂 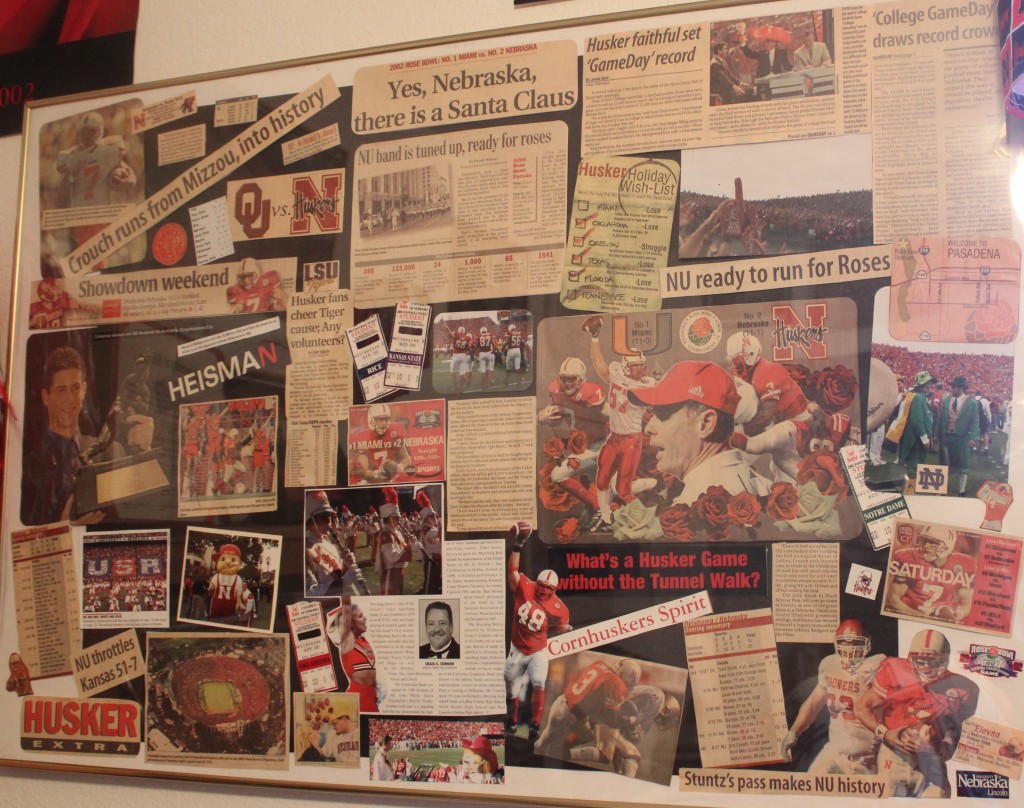 It was a crazy, awesome season! Ranked #1 for a stretch, home of ESPN’s College Game Day–twice, hosting Notre Dame at home (we won!), a sweet trick play against Oklahoma (we won!), a Heisman trophy, and after a crazy bit of luck the season ended with a  trip to the Rose Bowl (including marching in the parade) for the the National Championship Game (yes, I know we lost, but it was still incredible). So, um, yah–pretty cool! I saved TONS of stuff from that year–newspaper articles, programs, pictures, ticket stubs (of my husband’s since I was in the band) and made the collage. 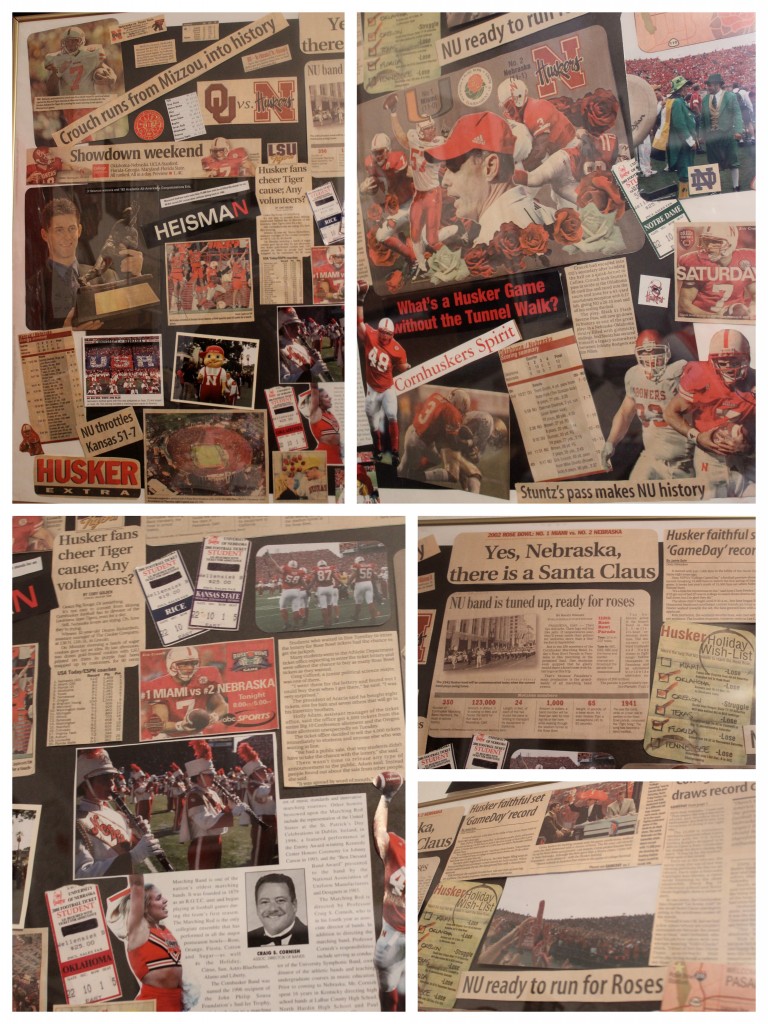 So, to do something like this, you just need a bit of memorabilia! You can go as big or small as you want, just depending on the amount of stuff! Someday, we’d LOVE a house big enough for a game room! 🙂 But, for now, it’s one of the focal points in our Nebraska office/craft room–along with lots of pictures, my signed drum head & other band memorabilia. Yes, really! 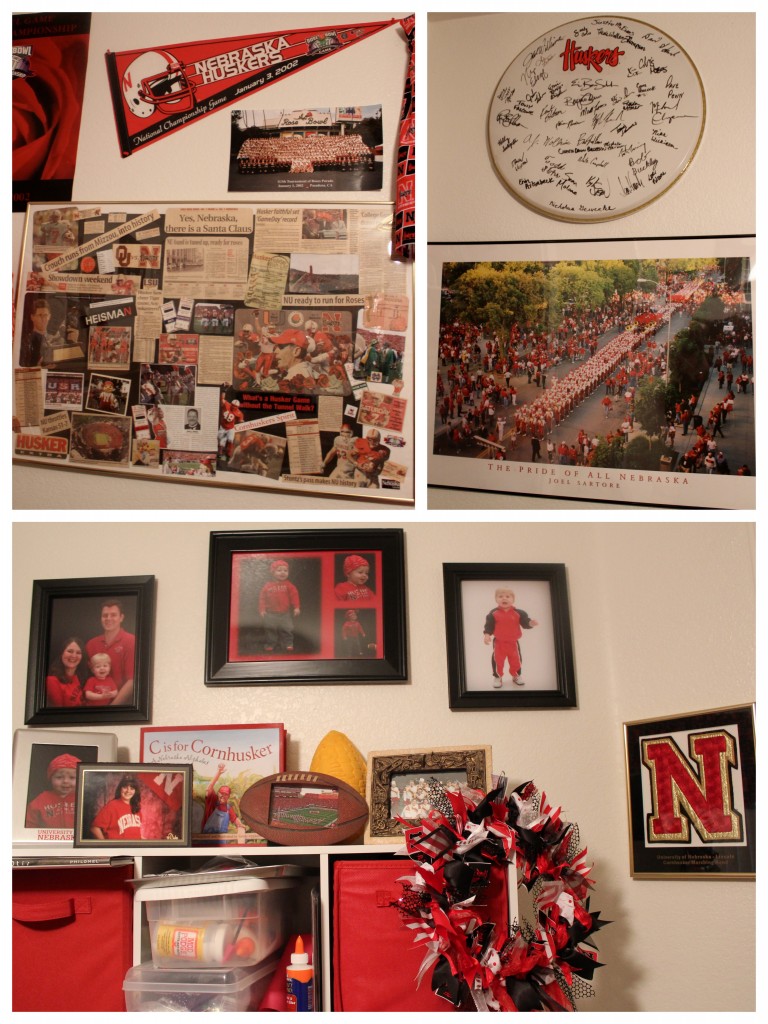 So, there’s a peak at some of our Nebraska stuff! Next week, I’ll have lots to share from today’s game experience! 🙂 And, now, it’s YOUR turn! It’s week 8 of our Col­lege Foot­ball Sat­ur­day Tail­gate link party and I can’t wait to see what you’ve been up to!!