We’ve been having so much fun this summer at the Lowe’s Build & Grow Workshops!! Have you checked them out? If you’re not familiar with them, you HAVE to check them out!! It’s a wonderful community service that Lowe’s provides to families, as the clinics are totally FREE!!! And, for us, the workshops this summer have been extra fun as Disney-Pixar partnered with Lowe’s to bring some awesome Disney-themed projects from movies like Monsters University, Toy Story, and the new Planes (which opens in theaters this Friday, August 9th)!

In June, we did our first workshop and the boys had a wonderful time building a little Monsters University box.  The boys were so excited about their creations and now keep their little monster finger puppets that we made in their boxes. 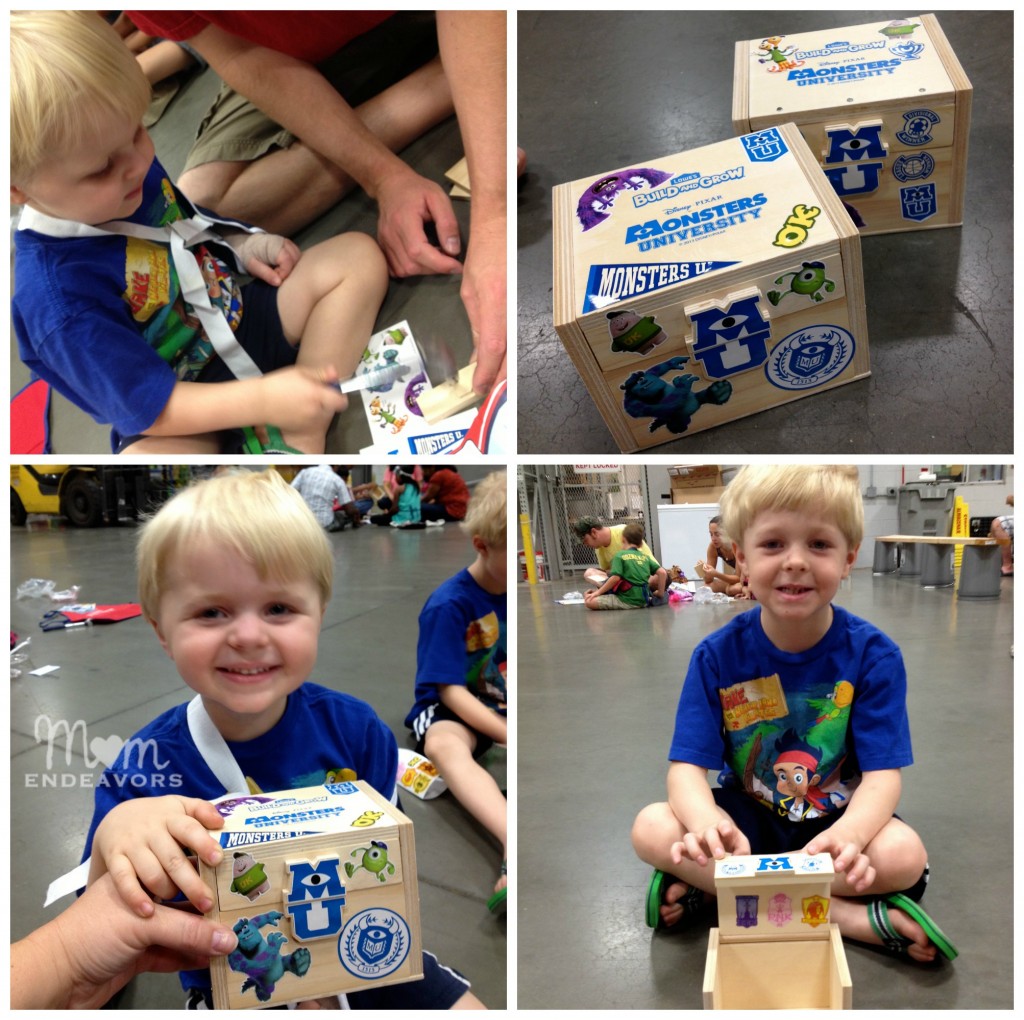 Then, the workshops in July were all Toy Story themed. The boys kept asking which weekends we got to go build the cars! One weekend building the Pizza Planet truck was the project (our favorite one so far). And, then the boys got to build their very own RC! 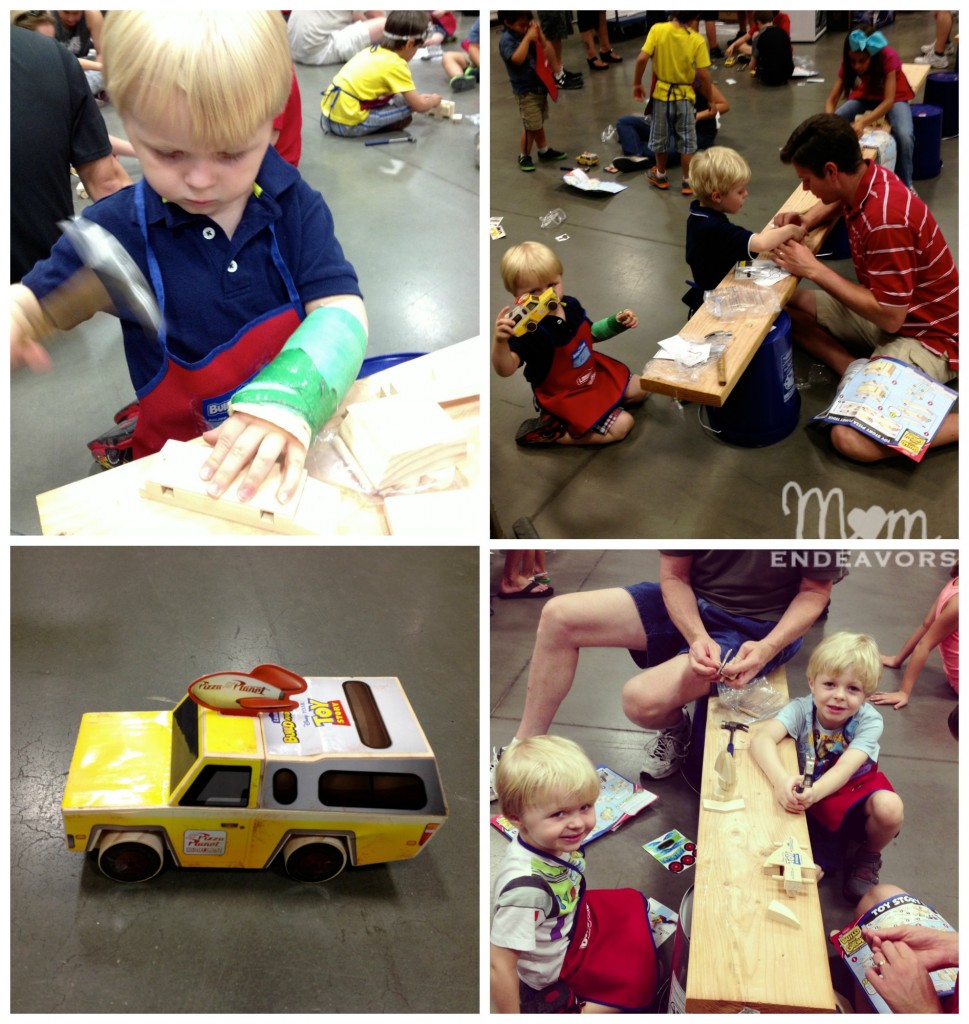 Now, this month, the Lowe’s Build and Grow workshops will celebrate Disney’s Planes! Kids can build Dusty (the main character in Disney’s Planes) this weekend – August 10th at 10am or August 11th at 2pm. Then, two weeks later you can head back to build El Chupacabra on August 24th or 25th. 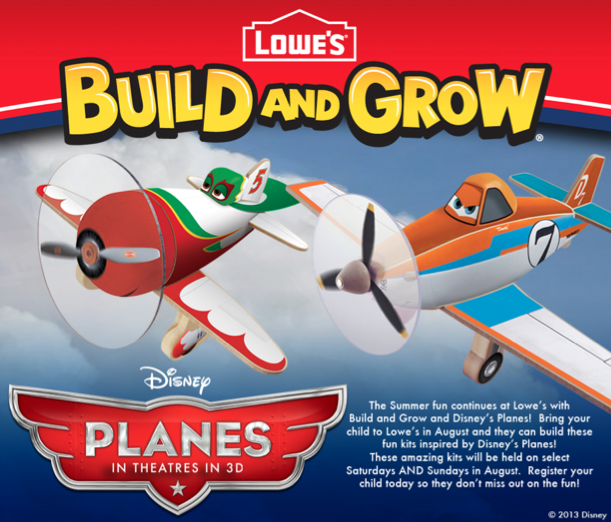 You can learn more, find locations in your area, and register for open time slots at the Lowe’s Build & Grow Website! Be sure to check your local Lowe’s and/or the website for any possible events this fall as well!

Have YOU gone to the Lowe’s Build & Grow Workshops?

Disclosure: Although I am part of the Lowe’s Creative Ideas Network and am attending the #DisneyPlanesPremiere event in Holloywood, I was not asked (nor compensated) by Lowe’s or Disney to write this post. We’ve just been having so much fun with the workshops that I wanted y’all to know about them! 😉