Two months?! I think I’ll probably start out each monthly post with some sort of disbelief statement, but it really is hard to believe how fast time is going! Baby Brother has already changed SO much in just two short months (for comparison, you can see his 1 month post update here)! 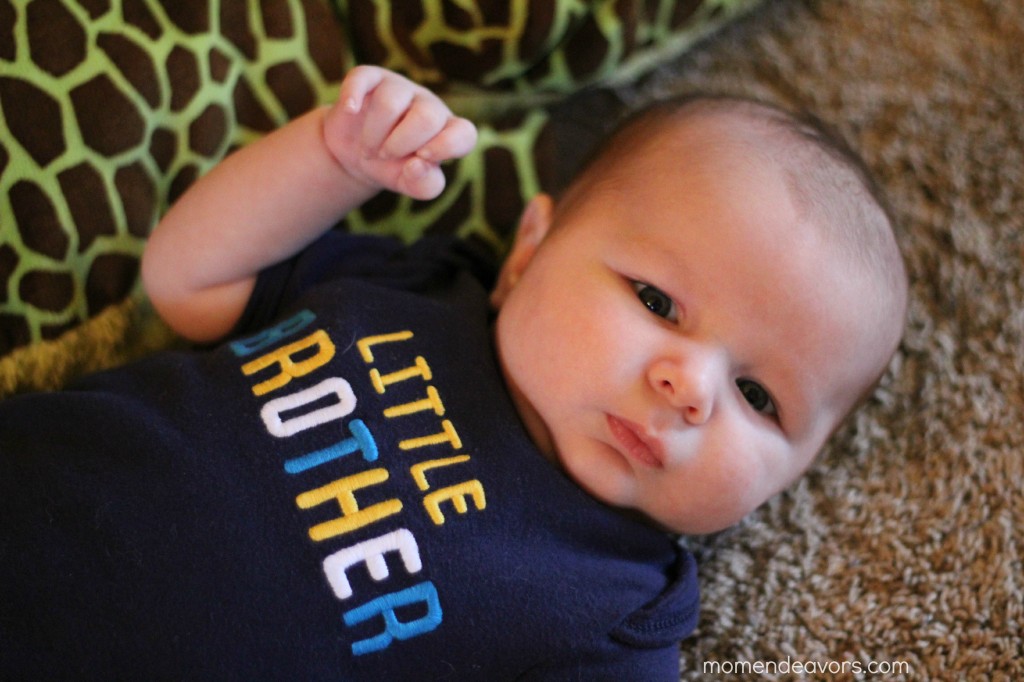 We had his two-month appointment a week ago and his stats were quite impressive! Up from 6lbs. 13oz at 2 weeks (5th percentile) to 11lbs. 6oz at 2 months (50th percentile)! His head size percentile increased as well, but in the length department he’s still a bit shrimpy (hopefully he doesn’t take after his mama that way)–only the 15th percentile. In fact, at 22 inches long, he is only half an inch longer than Little Brother at birth! LOL! So, we’ll see what happens in that department as the next couple of months go by with that! But, everything looks good; he’s nice & healthy; and tolerated his first vaccines well too! 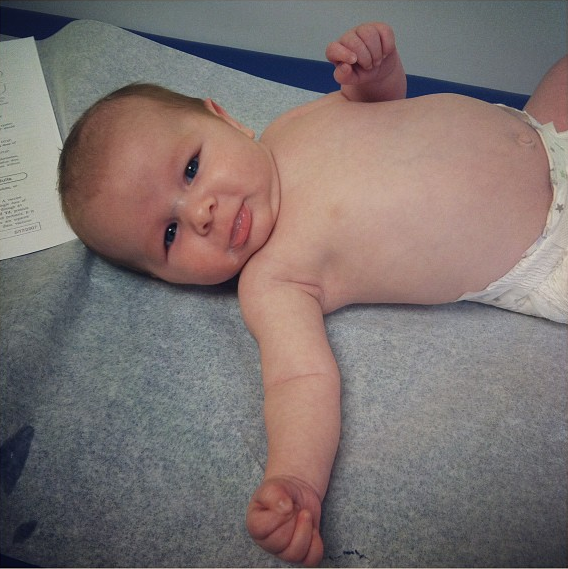 Month two was much better in terms of adjusting. The newborn haze has (mostly) worn off and I finally feel like we’ve found our groove. In fact, most days, I feel like I managing three fairly well. I’ve even done a few shopping trips now with all of them by myself! 🙂 A huge accomplishment the first time we went out for sure! 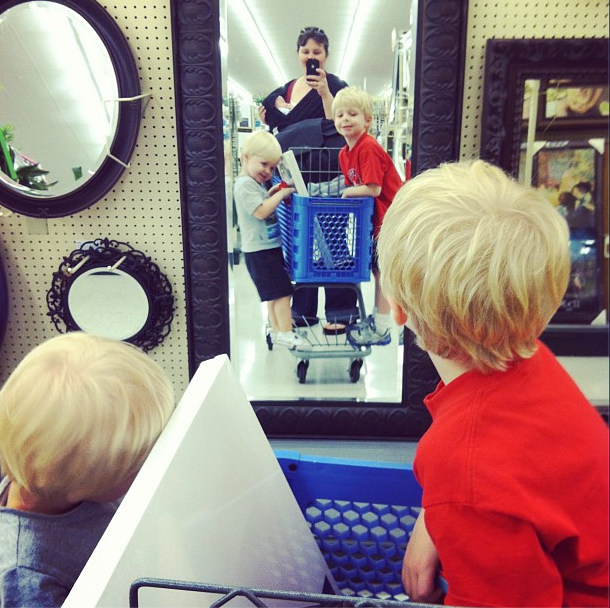 The best thing about month two was most definitely the development of social smiling! 🙂 Baby Brother has many more alert periods, is making a whole variety of sounds (love the cooing), and is giving us smiles every day now! Here are a few of his first smiles that I managed to catch on camera: 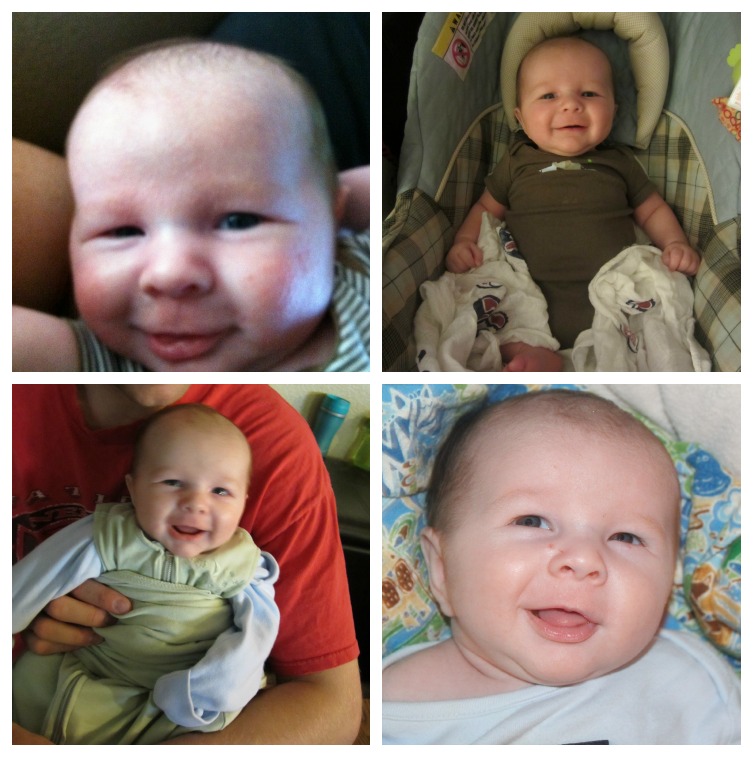 Another fun first in his second month was his first dip in the pool! There is something just so incredibly cute about the little, tiny swim trunks & rash guard shirt! Love it! We’re hoping to get it in one more time before it (finally) starts cooling off around here! 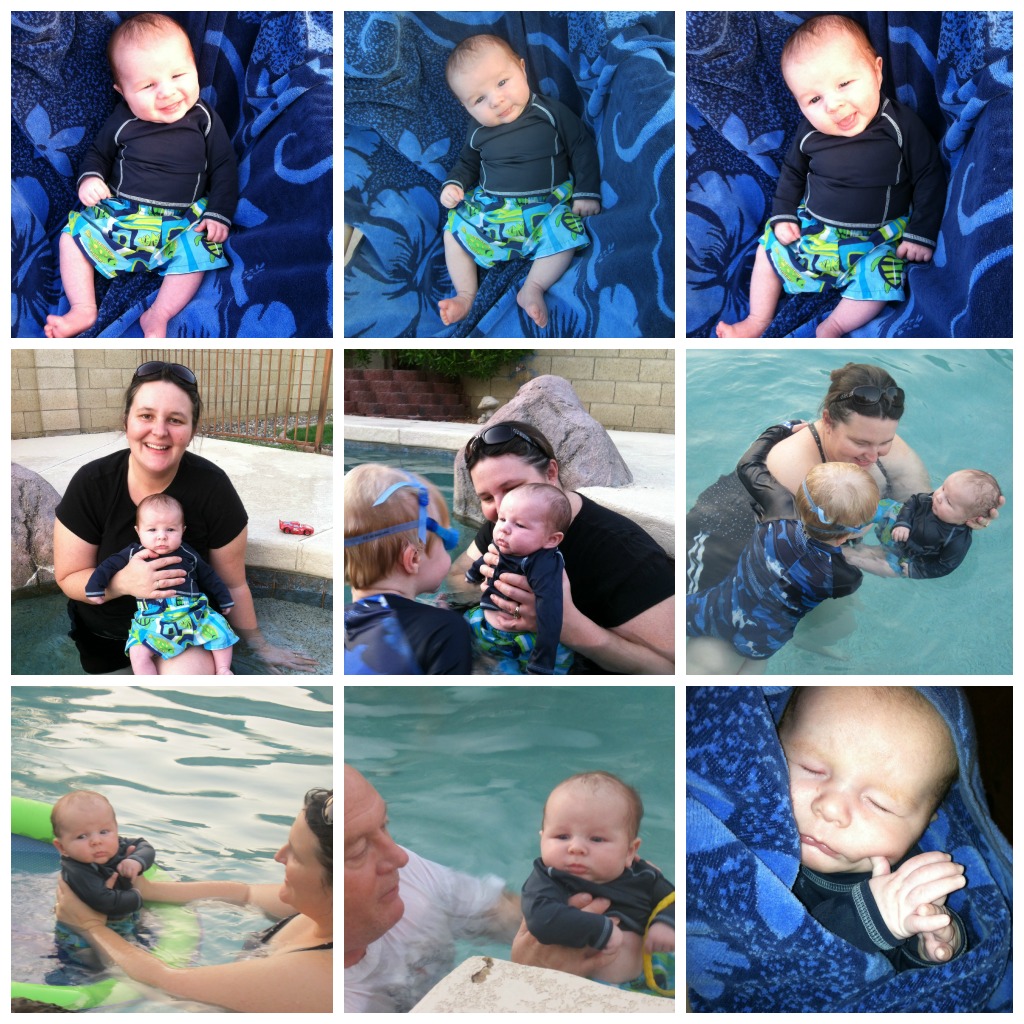 Now that he is more alert, he’s been getting more “play time” and is definitely starting to look around at things more. We’ve even caught him smiling at either himself in the mirror or his little toys on his swing and playmat. We’ll see how soon it is before he starts grabbing at things! 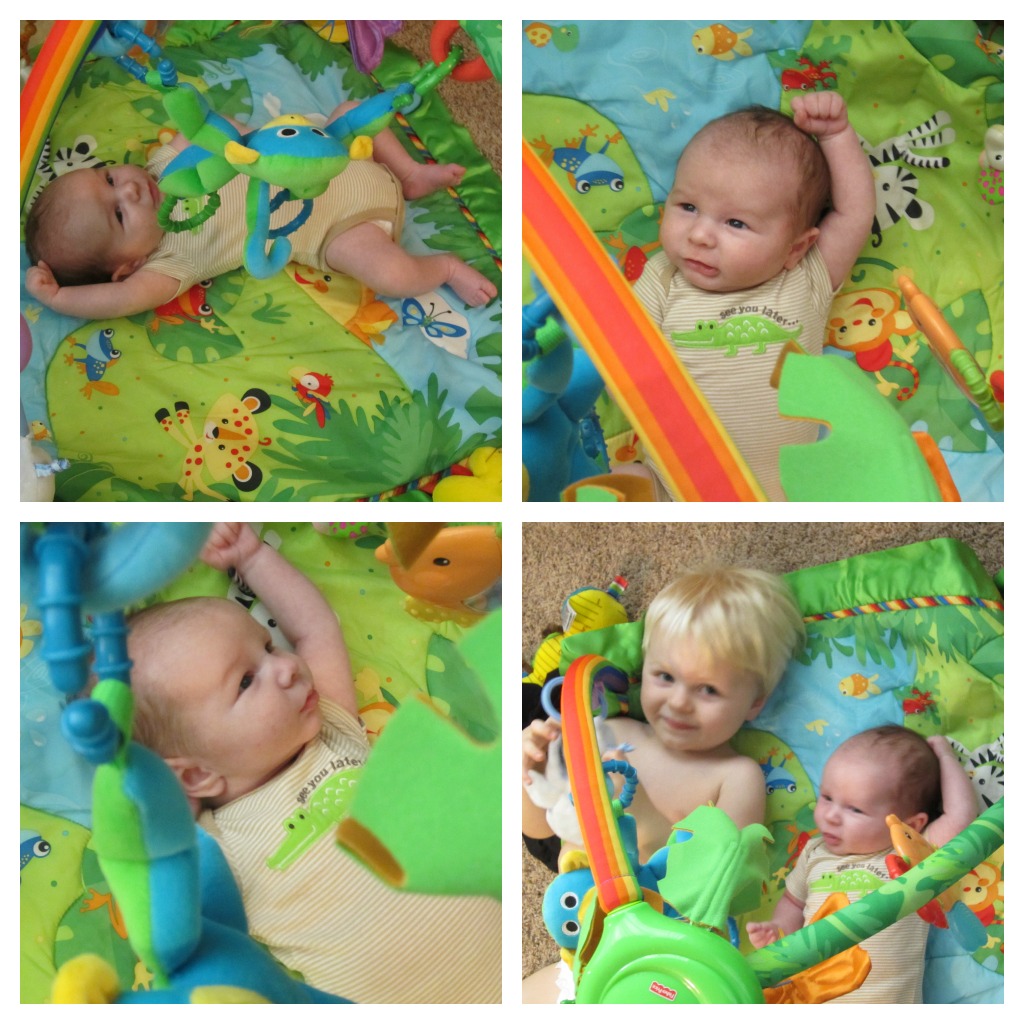 And now, just to overload you with a few more photos, here are some of my favorites from his “official” two month photoshoot! I’m seriously in love with that baby face! 🙂 And, can I just tell you how much I love the shots I got of all three of them together this month? So sweet! 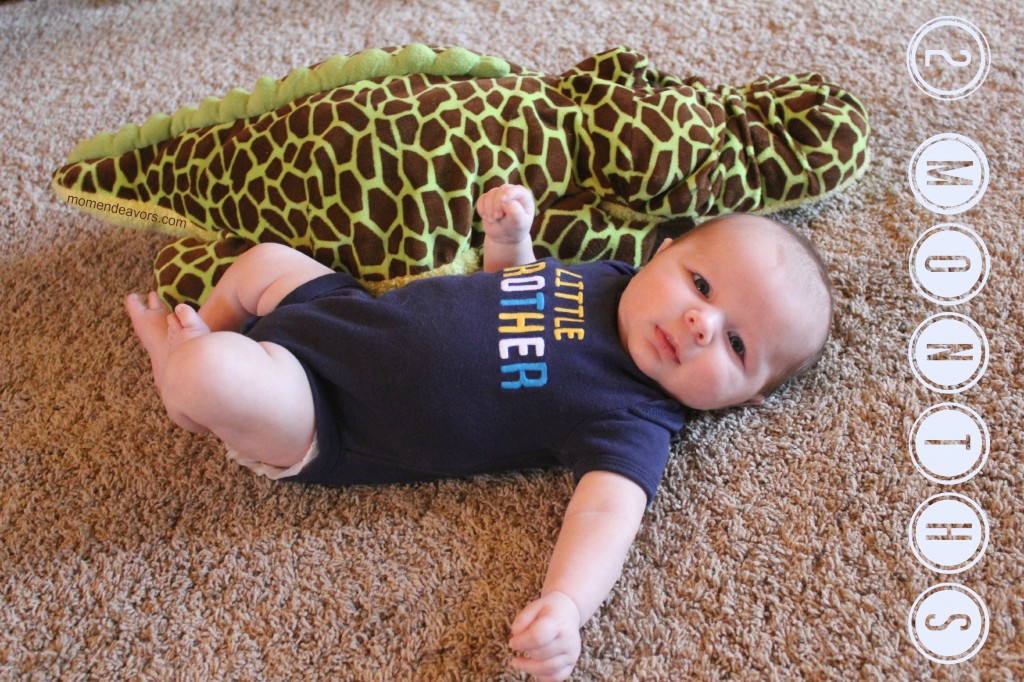 This month I’ll have to soak what little bit of “newborn-ness” is left before he becomes a full fledged infant. I’m still squeezing him into his newborn clothes, but that’s not going to work much longer! I’m going to blink and then be writing his 3 month update! 🙂