Here’s our completely no-spoilers Avengers: Endgame review to answer your questions on if the movie is worth seeing and if the movie is ok for kids. “We’re in the endgame now.” 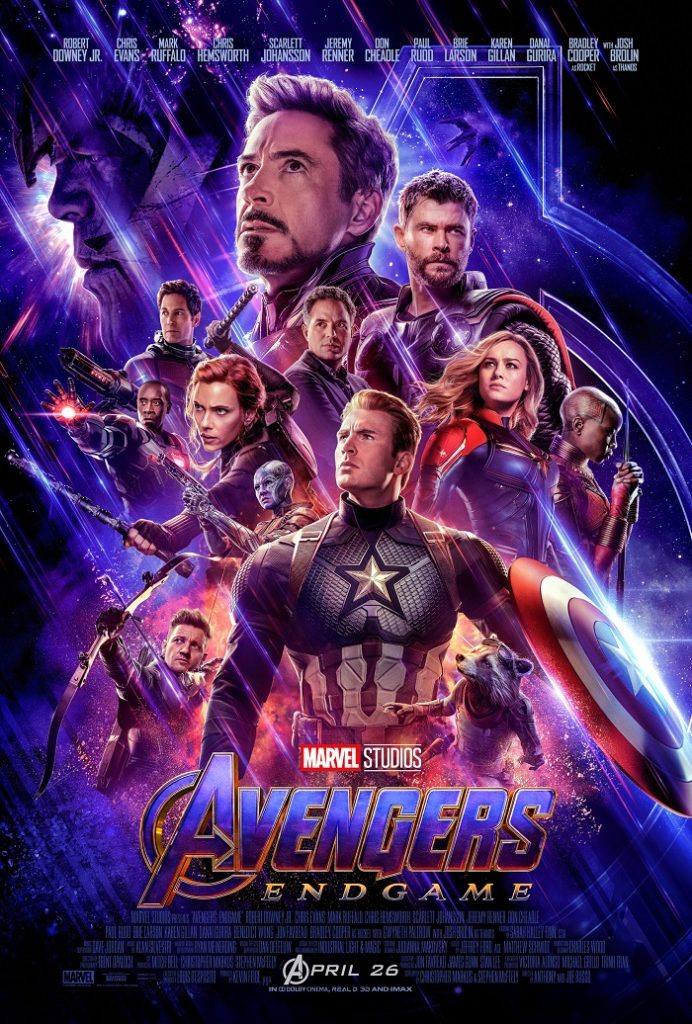 The time has come, Marvel fans. Avengers: Endgame hits theaters THIS week (4.26.19) and I’m thrilled to share a ‘no spoilers’ review with you – after all, #ThanosDemandsYourSilence (still) and I most definitely listen to the Russo brothers when they say, #DontSpoilTheEndgame.  Just like my initial reaction and review of Avengers: Infinity War, I will say that this one is also a VERY difficult post to write while wanting to avoid all the spoilers. But I’m gonna do my best to share what you need to know going in without giving ANYTHING away. So here we go! First up…if you really don’t want to know much, I’ll share 3 things and then you can stop reading. Though I would love it if you read the whole thing! 😉

So there it is. If you’d like a little more substance with no spoilers, please keep reading! And parents, I’ve got you covered at the end.

The grave course of events set in motion by Thanos that wiped out half the universe and fractured the Avengers ranks compels the remaining Avengers to take one final stand in Marvel Studios’ grand conclusion to twenty-two films, Avengers: Endgame.

Think the studio doesn’t want to give much away? I’d say so. That’s the whole synopsis. One sentence to sum up one of the most incredible cinematic feats ever attempted. This movie is truly a grand conclusion – the culmination of eleven years of work and twenty-one films (that precede this one) . You guys… 11 years and 21 movies that ALL tied together in Endgame. ALL OF THEM. Every single one of the 21 movies that came before all led to this and played integral parts in this film. It’s like an amazing well-orchestrated symphony with genius minds in Kevin Feige and Victoria Alfonso as conductors. Perhaps they had the endgame in mind all along. So, whether you like the Marvel movies (or super hero movies in general) or not, this is something that has truly NEVER been done before and that fact alone should be celebrated (I’m talking to you, Academy. They deserve an Oscar nod for this incredible cinematic accomplishment). If that sounds to you like I’m speaking REALLY highly of the movie, you’d be right. So, does that mean I think that Avengers: Endgame is worth all the hype? 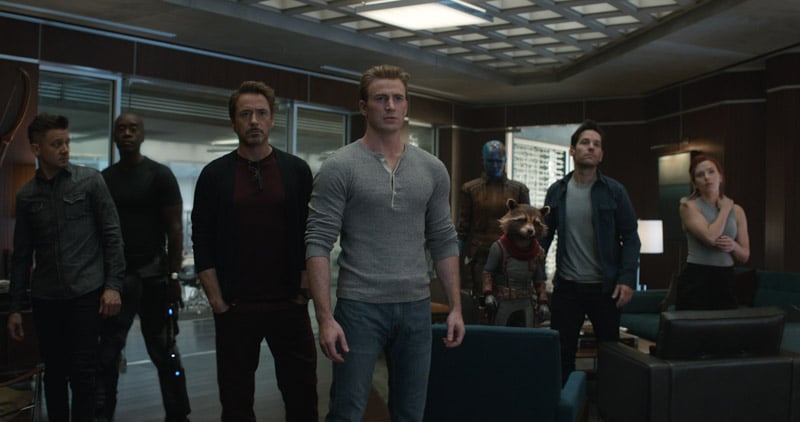 Yes. Yes I do. It deserves every bit of the box office records it has already smashed in pre-sales and will undoubtedly break in the weeks to come.

So, clearly I think the movie is worth seeing and worth the hype. But I honestly don’t know that I was fully prepared. It’s like the ending to a wonderful book that you don’t want to end. You WANT to know what happens. No, you HAVE to know. But there’s sadness and finality in that (no matter what happens), because you don’t want this amazing journey to be over.
“Part of the journey is the end.”
So be prepared for a FULL range of emotions. You’re likely going to feel ALL the things. Cheers, laughs, gasps, grief…it’s all there. That means, if you’re like Cap here, you’re likely going to get teary at some point(s) during the movie. 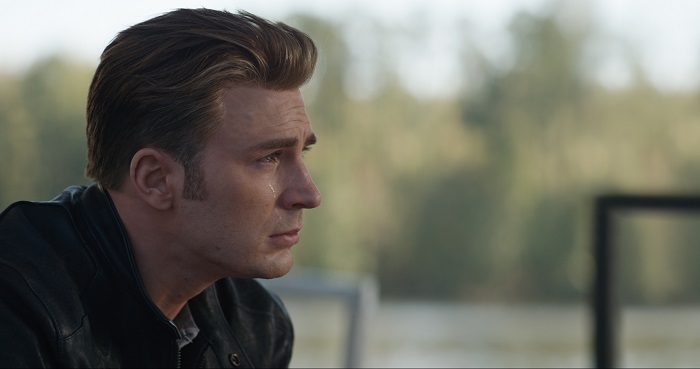 And if you’re like me, you’re going to full on cry. Like hand over your mouth, tears streaming down your face, CRY. I’m not joking when I say to bring the tissues. After all, “grand conclusions” usually have a way of getting you right in the feels like that. The Russo Brothers pulled off that insane combination of feelings in a practically seamless way. And even though I, like many Marvel fans, don’t want this epic saga to be done, I think they left things where they needed to be. It ended how it needed to, while also delivering a beautiful love letter to Marvel fans. And if you’re worried about that long 3+ hour run time…don’t be. The time absolutely flew by.

With the exception of bringing tissues, all of my other recommendations are basically identical to Infinity War:

And one additional recommendation that I feel even more strongly about than I did for Infinity War: Try to see AS MANY of the Marvel Cinematic Universe movies as possible before seeing Endgame. You will appreciate this movie SO much more if you’ve seen the other movies. And, if you’ve been a casual fan prior to this, you HAVE to have at least seen Infinity War before this. Remember that Infinity War and Endgame really are like a 2-part movie series. You don’t see the 2nd part without having seen the 1st one! So, that is a MUST. I’d also REALLY recommend reviewing the previous Avengers movies, Dr. Strange, Ant Man & the Wasp, and Thor: Ragnarok if nothing else. Those latter 3 have some key Endgame characters/references that might be a bit more obscure to casual fans. 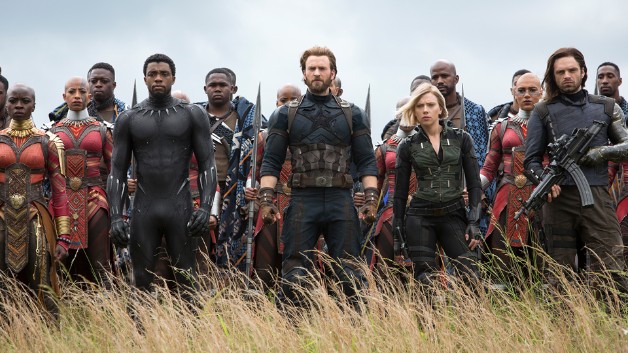 Like all the other movies in the series, Avengers: Endgame is rated PG-13. Where I felt like Captain Marvel might be the most kid-friendly of the entire franchise, I feel the opposite way about this one. The PG-13 label is a very appropriate guide to this. For those with kids that have seen every other movie in the franchise, you still might want to proceed with caution. *This is NOT…I repeat is NOT…like any other movie in the franchise.* And yes, I said that exact SAME thing about Infinity War. But Endgame is even different than that. We now see the characters AFTER the snap and there’s a level of adult themes (especially around grief) that we haven’t seen before in any of the other movies. There are some dark, heavy, and DEEP themes in this one. 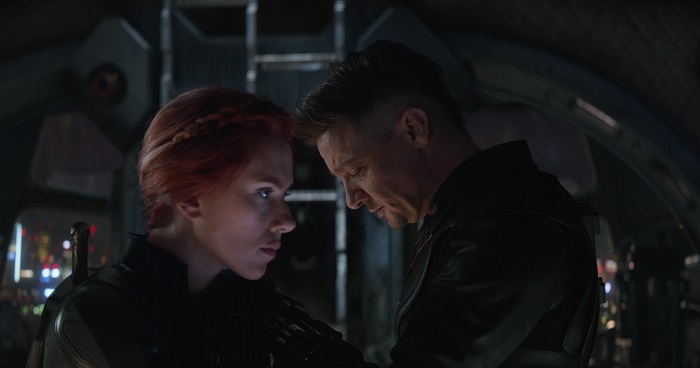 And if they haven’t seen Infinity War, please do NOT take them to this one. Same for you! You HAVE to see Infinity War first. So to help you make a decision on what’s right for your family, here’s a few examples of content that parents/younger viewers might be especially sensitive to:

If your kids have seen Infinity War, then they will likely be ok with this one (and will be dying to see what the resolution is after the ending of that one anyway). But, overall, I say to proceed with caution – especially with kids under the age of 13. Just like Infinity War, my recommendation if you have kids under 13 is to go to the movie 1st without them and decide for yourself. You’ll want to see it again anyway – trust me on that! 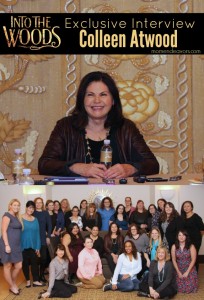 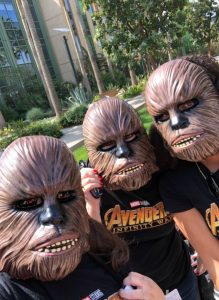