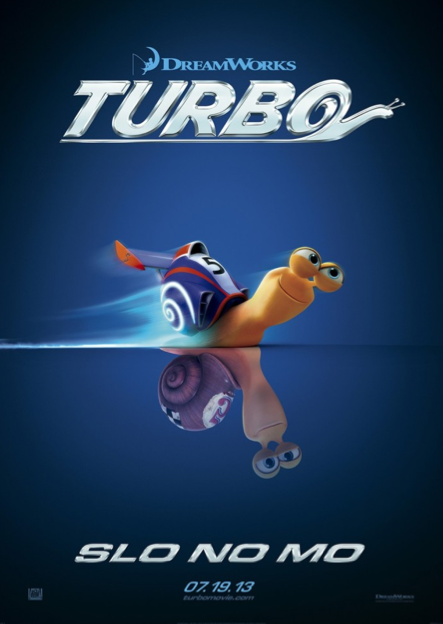 This past weekend, we had the opportunity to attend a screening of DreamWorks Animation’s Turbo. Turbo opened in theaters nationwide today, July 17th. The boys were so excited for this movie. I mean, how much better can it get for little boys with a cute super-charged snail and a bunch of race cars?!

From the makers of Madagascar and Kung Fu Panda, TURBO is a high-velocity 3D comedy about an underdog snail who kicks into overdrive when he miraculously attains the power of super-speed. But after making fast friends with a crew of streetwise, tricked-out es-car-goes, Turbo learns that no one succeeds on their own. So he puts his heart and shell on the line to help his pals achieve their dreams, before Turbo-charging his own impossible dream: winning the Indy 500.

We were really pleasantly surprised by this one! It’s a great movie for little boys (and Indy/Nascar fans) especially. But, the overarching themes and messages are great for everyone. With topics like pursuing dreams, never giving up, and sportsmanship, the film provides some great opportunity for discussion.  But, make no mistake, this is not a serious film. Those important topics are addressed in a fun, high-octane, colorful fashion.

From start to finish, we thought the animation was really well done. The colors are vivid and the snails are so much fun! Theo, better known as Turbo (voiced by Ryan Reynolds) is such a likable character. The boys LOVE him! Plus, there were so many cute different snail characters! Who knew snails could have such personality?! 😉 Racing fans (or anyone like my boys who just love fast cars) will also love all the Indy500 scenes.

From a parent standpoint, I love that the humor in the movie really was kid-appropriate. During some “kid movies”, I find myself really put-off by certain lines, themes, or “humor”. But, I didn’t feel that way during this one. Turbo was definitely kid-friendly. Yet, the adults still found themselves laughing out loud during a number of scenes. It’s definitely fun for the whole family! 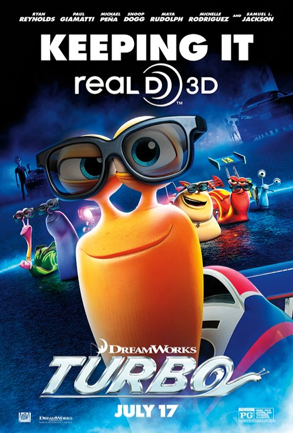 Are you planning to see Turbo or have you seen it already? What did you think?

Dis­clo­sure: We saw this movie at a free press screen­ing.  As always, all opin­ions and expe­ri­ences are my own and your opin­ion of the movie may dif­fer from mine.