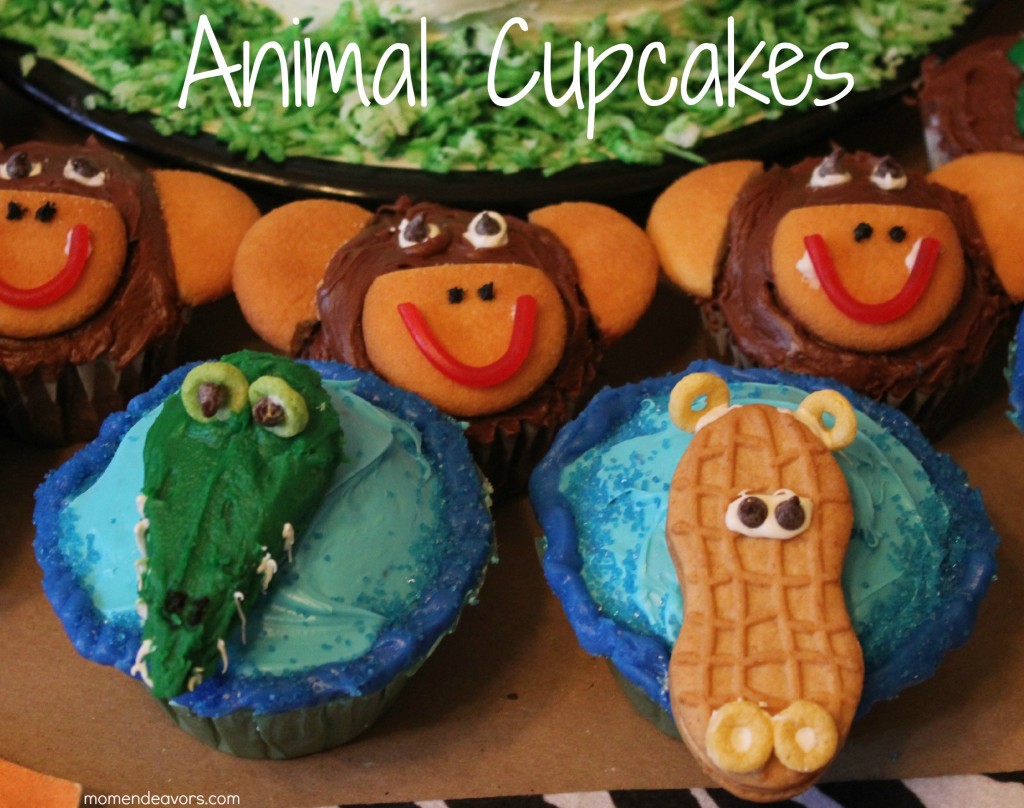 The jungle/safari animal cupcakes were such a hit at the boys’ Wild Kratts Birthday party! (Yes, I know it was ages ago!) At the time, I was so busy that I didn’t take the time to take step by step photos and figured I wouldn’t really do a post on them. BUT, I’ve received so many comments and emails about them, that I decided to just go ahead and do a quick post about them! 🙂

First up, you must know that I got the idea for the crocodile and hippo from my favorite cupcake book…

“What’s New, Cupcake?” is my favorite little baking book. It has great ideas & designs, complete with great instructions for all kinds of different holidays and themes. There are quite a few different animal ideas in here. The ones that applied best for what I was doing were the crocodile and hippo. There is also a cute flamingo idea (my friend actually did them for her daughter’s birthday party).

Cute huh?! But, they are WAY more involved than the crocodile and hippo. So, I opted not to include those. I ended up doing monkeys instead–they were SUPER easy! If you want step-by-step instructions with pictures, I definitely recommend getting the book. But, here’s at least a brief description in case you can’t tell from the pictures.

The crocodile & hippo head are both Nutter Butter cookies. For the crocodile, you just need to cut the cookie into a triangular shape. Then coat the cookie either in melted green candy coating or green frosting. Then pipe on some white teeth & put two jimmies sprinkles (or use black decorating icing) on for nose holes. The eyes, hippo’s ears & nose (which are all the cereal) are just held on with a little piped melted white candy bark. For the eyes, just stick on mini chocolate chips before the melted coating hardens. 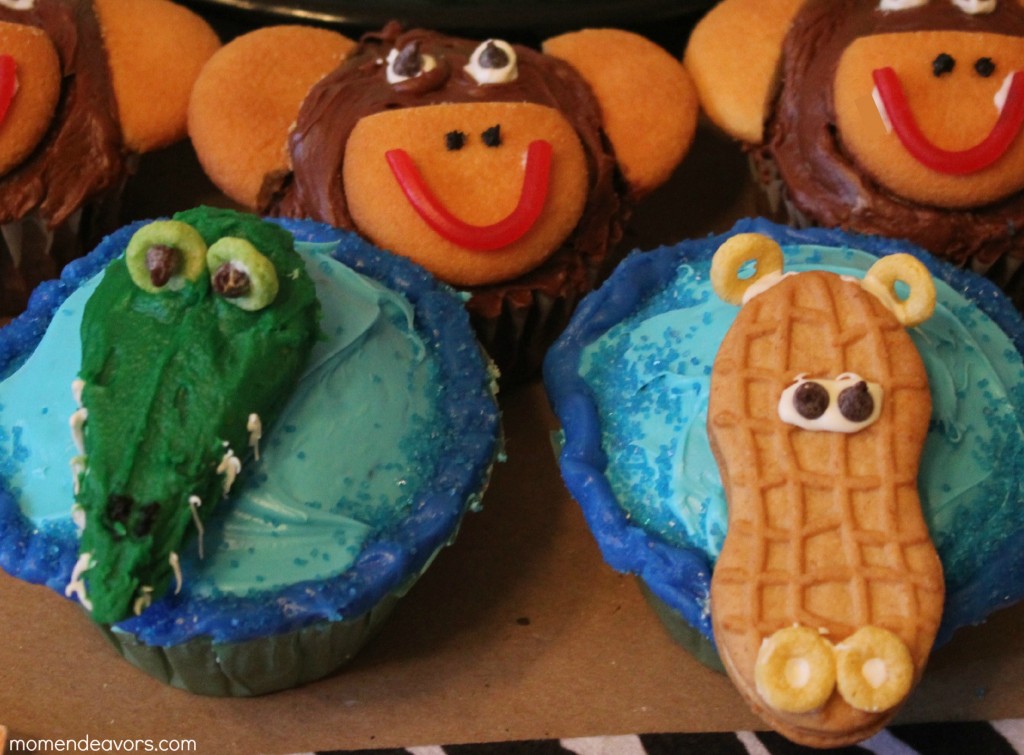 The monkey’s ears & muzzle are the vanilla wafers. For the ears, cut one wafer in half. For the muzzle, cut off the top 1/3. The eyes are the same as the hippo’s. Then, for the monkey nose, I just used two dots of black decorator icing, The mouth is a piece of pull apart licorice stuck on with the melted candy coating.

Really, pretty easy! And they were a BIG hit with the kids! Definitely made for the perfect desserts for our Wild Kratts Party!! 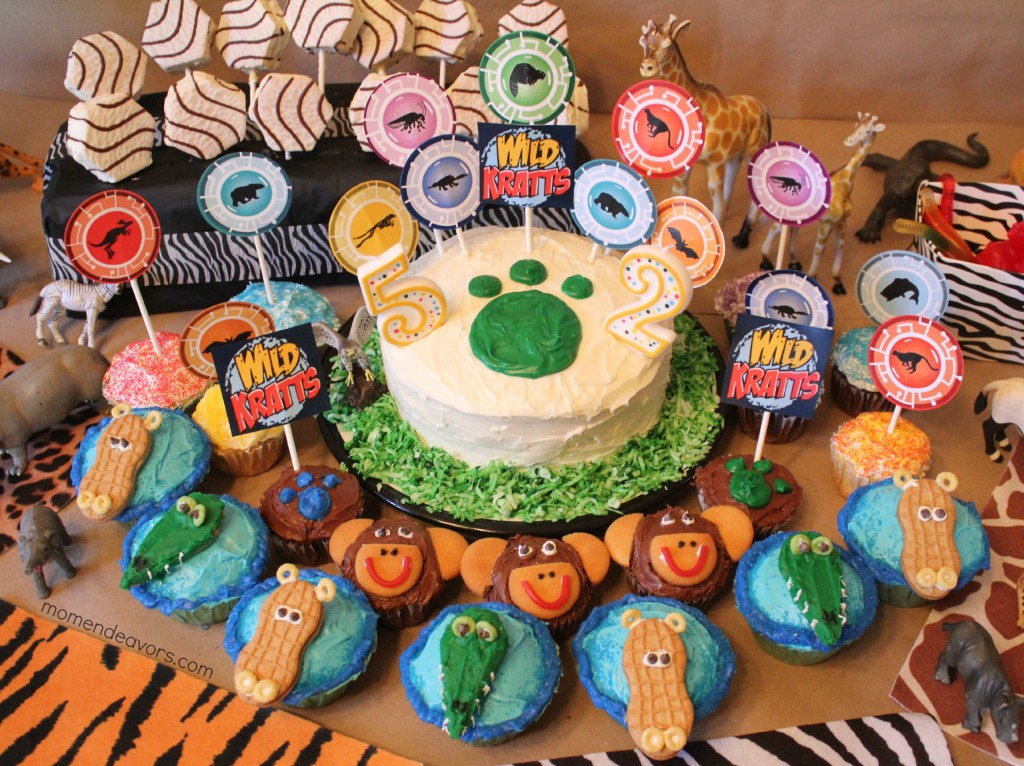 Have you made any types of animal cupcakes?