It’s Game Day! And, week 5 of our College Football Saturday Tailgate Party fun! This week begins BIG 10 Conference play for our Huskers and we’ve got a big game tonight versus Wisconsin! It’s THE Saturday night ABC game so we’re hoping it’s good! Either way though, the boys have got their team spirit ready to go with their new MascotWear hoodies! 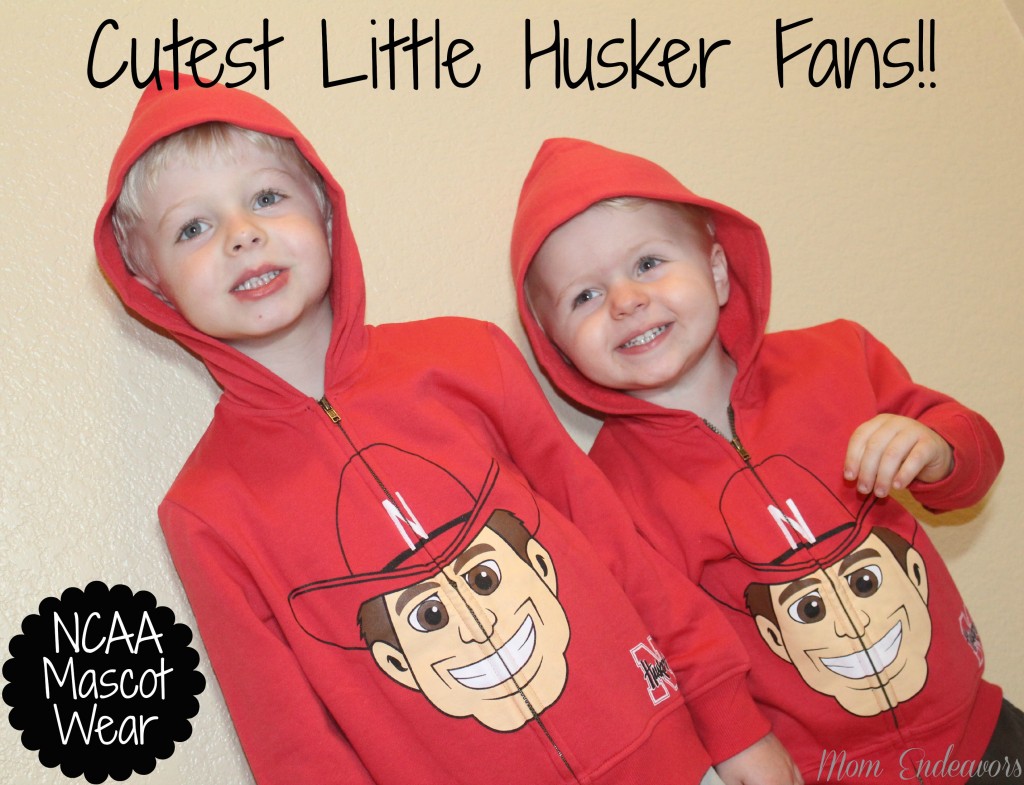 Aren’t these fun?!  It doesn’t seem as often that you find great NCAA team spirit wear for the little ones at a mainstream store, let alone stuff with the school mascot on it! We LOVE Herbie Husker around here! Between being in the band & some good luck at games, we have some GREAT photos with our favorite mascot! So, the boys were VERY excited to get the Herbie hoodies!

Last week while out shopping for our “homegating” supplies (so I could make the football Oreo pops), I found a whole HUGE football display at Walmart. Here in Arizona though, the overwhelming majority of the team stuff was for NFL teams. But then I spotted some cute kids stuff, which just so happened to include little Wildcat hoodies.

Alas, that is the only college team they had! 🙁 Although Mr. Mom Endeavors & I both went to grad school there, we don’t cheer for UofA. In fact, it gave us GREAT satisfaction a couple of years ago when the Huskers played Arizona in the Holiday Bowl and shut them out! Hehe! So, needless to say, I wasn’t going to be buying one of those. But, I did know that if they had a display like that here, then they would have an awesome display in Nebraska & figured they would have the Huskers MascotWear hoodies there. So, I put a call into my in-laws and sure enough, there was fabulous display at their local Walmart! Much prettier than here…just look at all that Nebraska red! 😉

A few days later our new Husker hoodies arrived in the mail and the boys could not have been more excited to try them on! I wish they would have had small baby sizes (the smallest size was 12 months) so Baby Brother could have joined in the fun too. But, even still, we had some pretty adorable team spirit models!! 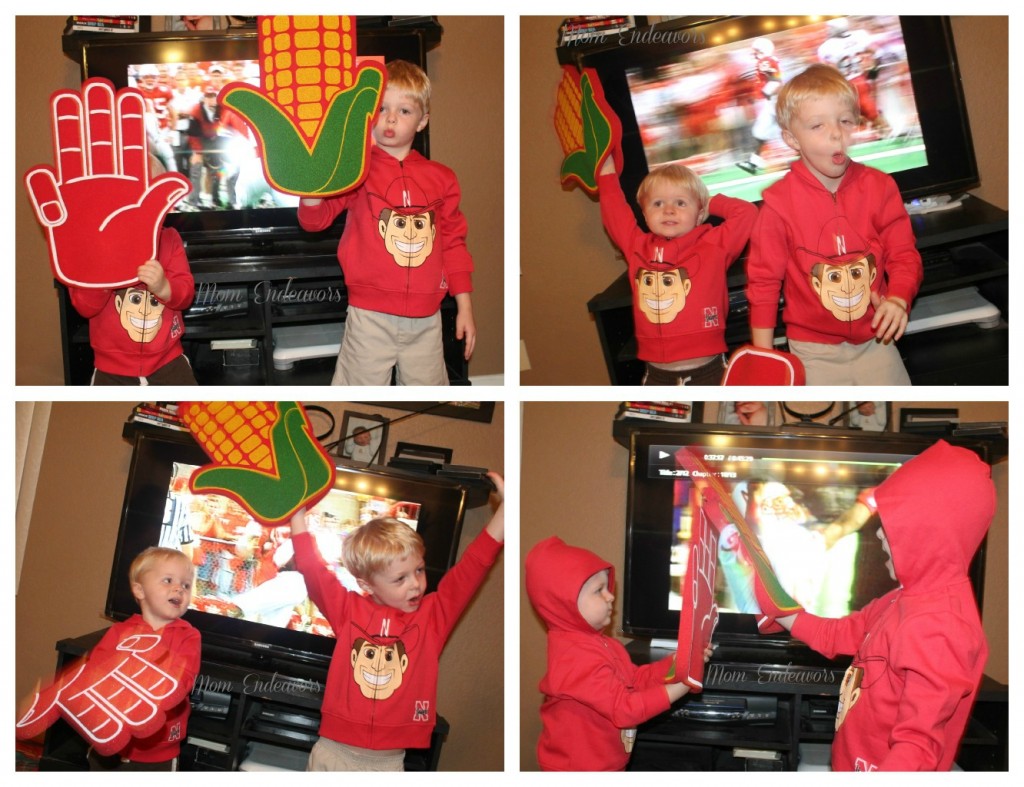 I think they’re ready for tonight’s big game! 🙂 Now, I just wish the weather was cooler here so they could actually wear them outside. But, they sure will be perfect for our trip back to Nebraska this fall!! So fun!

Do your kiddos have any favorite team spirit gear?

To find out more about MascotWear by Infinity, you can follow them on Facebook and Twitter.  And, you can check out more from our shopping adventures in our #MascotWear Google+ album! Disclosure: I am a member of the Collective Bias™ Social Fabric® Community.  This shop has been compensated as part of a social shopper insights study for Collective Bias™ and Infinity Headwear and Apparel #CBias #SocialFabric. However, as always, all my opinions, experiences, cute kiddos & Huskers love are entirely my own!