The latest story (Episode VIII) in the saga from a galaxy far, far away  – Star Wars: The Last Jedi – hits theaters THIS Friday, December 15th! And just like with Star Wars: The Force Awakens two years ago and Rogue One: A Star Wars Story this time last year, our household is super excited! We’ve got our tickets for the 1st showing on Thursday night and can’t wait! But first, I got to see the film early to share some thoughts with you (As always, a big thank you to Disney for inviting me to an early screening of this film so that I could bring you this movie review)!! 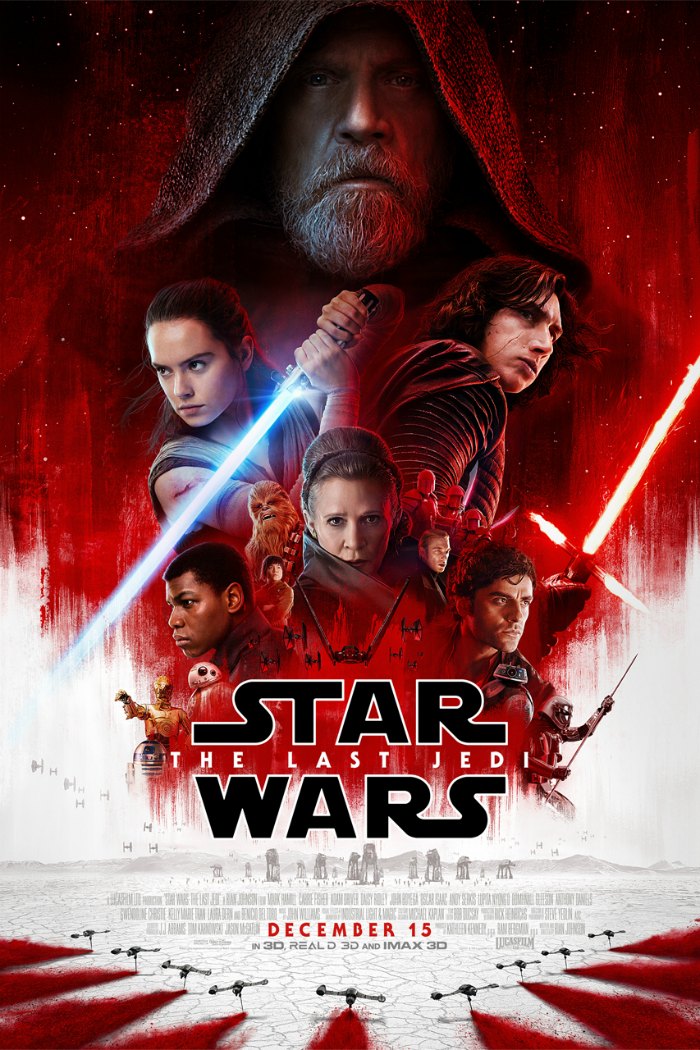 Just like the last two years, Disney/Lucasfilm wants to keep movie details under wraps and avoid spoilers from leaking. So, you won’t find any spoilers here! I sincerely hope that everyone (who wants to) is able to see the film in the same way I was able to at the advanced press screening – with NOTHING but your own guesses and theories going in, so that you can be surprised in all the same places I was! It really is all the more magical that way! So, I’m sharing my thoughts below without giving too much away…

GAH – There’s so much more to say! But, again – NO SPOILERS!

Star Wars: The Last Jedi Parent Perspective – Is it OK for kids?

I always get asked this question and my answer is exactly the same as it was for Star Wars: The Force Awakens.

“The film is rated PG-13 for sci-fi action violence. And, that truly is the ONLY reason it has that rating. The original trilogy movies carry only a PG rating – BUT, a PG-13 rating didn’t exist back then. For comparison sake, I’d liken the movie closest to Return of the Jedi in terms of the level of intensity, peril, dark themes, etc. Just like the original movies, you’re not going to find even hint of R-rated themes. No nudity, no gore, almost no profanity.” In The Last Jedi, the only even remotely “bad words” I caught in the entire film were “ass” and “hell” (each only said maybe 1 time).

So, if your kids are like mine, already knowing (& loving) Star Wars and have already been exposed to the other Star Wars films, then I think this movie will be ok for them too. The addition of some young kids and adorable galactic creatures in this one are things that I think kids will REALLY like. So, I think The Last Jedi is definitely a film that can be enjoyed by the whole family– all ages and all levels of Star Wars fans (or even first time Star Wars watchers).

Star Wars: The  Last Jedi hits theaters THIS Friday, December 15th!!! Do YOU have your tickets yet?!?!?!

Happy movie watching and May the Force be With you!