Do you have Star Wars fans at home? If so, you’ll want to add Star Wars Rebels: Complete Season Four (on Blu-ray/DVD 7/31/18) to your home Star Wars collection (and maybe some other Star Wars Rebels products before they’re gone)! 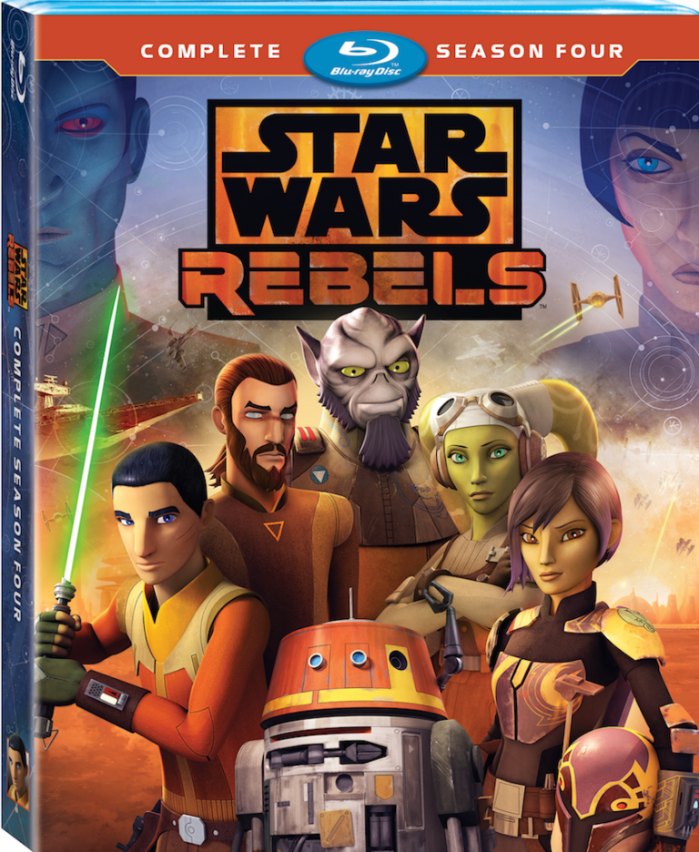 My boys LOVED this show and are SO sad that this was the final season! Ending in epic fashion with a dramatic final conflict, the fourth season of “Star Wars Rebels” was SO good. In fact, it won last year’s Saturn Award for Best Animated TV Series! On the Blu-ray (available 7/31/18), you’ll find all 15 action-packed episodes plus exclusive, never-before-seen bonus extras on the Blu-ray, including:

So many fun extras!!!! One thing we really love about the whole Rebels series is connectivity to the entire Star Wars saga –  including to STAR WARS: THE CLONE WARS (which is COMING BACK!!!!! Woohoooo!), ROGUE ONE, and of course the original STAR WARS trilogy! And it’s a great show for young Star Wars fans! Perfect for Star Wars family nights at home!

For some fun while you watch the series, you can print off some Star Wars Rebels Printables here. So, be sure to buy your copy of  Star Wars Rebels Complete Season 4 on Blu-Ray/DVD  (affiliate link) and print whichever printables you like!

Perfect for some Star Wars fun at home!!!