A pregnancy update has been long overdue! I can’t believe we’re into the 3rd trimester already! Time has been flying by and I think that the end of July is going to be here in a flash! (Perhaps we should actually start prepping for the little guy’s arrival then, huh?! YIKES!). Thankfully, I haven’t had too many of the 3rd trimester aches and pains <yet>, although I did get my first dreaded nighttime calf charlie horse the other night (why do those hurt.so.bad?!). And, I am definitely looking VERY pregnant. Here’s the difference between my 2nd trimester post and now–there is a VERY distinct bump now! 🙂 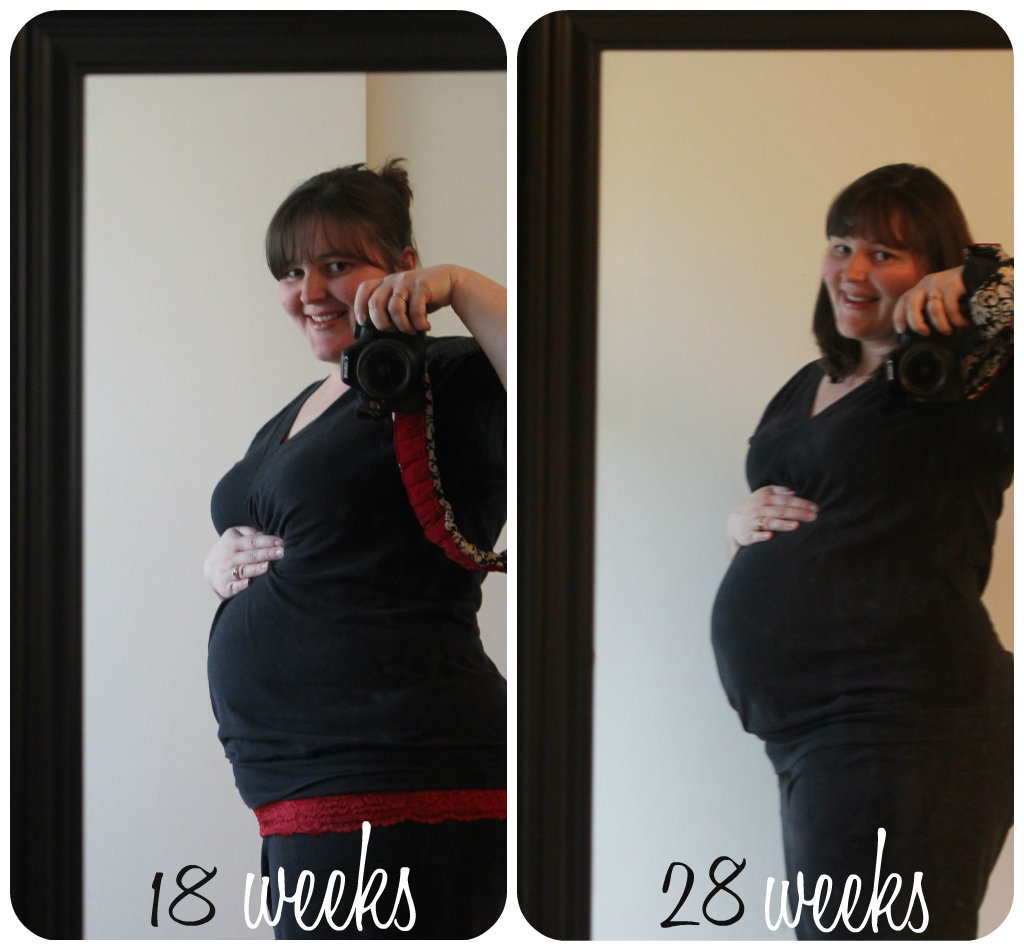 28 weeks  was definitely an eventful week – not only marking the official start to the 3rd trimester (depending on what source you use), but also the first of our growth ultrasounds and the dreaded gestational diabetes glucose test! I really dislike drinking that stuff. And, after posting a picture of it on facebook, it’s obvious that many of you feel the same way! 🙂 I’m pleased to report though, that I PASSED! Yay! I really didn’t want to take the 3 hour test! Even though I’ve never failed the 1 hour before, with all the other different things in this pregnancy, I wasn’t going to be surprised if that was different too!

The most exciting thing was of course the ultrasound! I’ve never had one done past 22 weeks before, so this was new territory. It was amazing to see how much bigger baby is! At 12 weeks we could see baby’s entire body on the screen. Even the last ultrasound about 8 weeks ago, you could see his head and part of his body at the same time. Now…his whole head barely fit in the field of view!! Here’s the only shot we got from this one–a little profile with hands & feet all shoved up by his mouth! 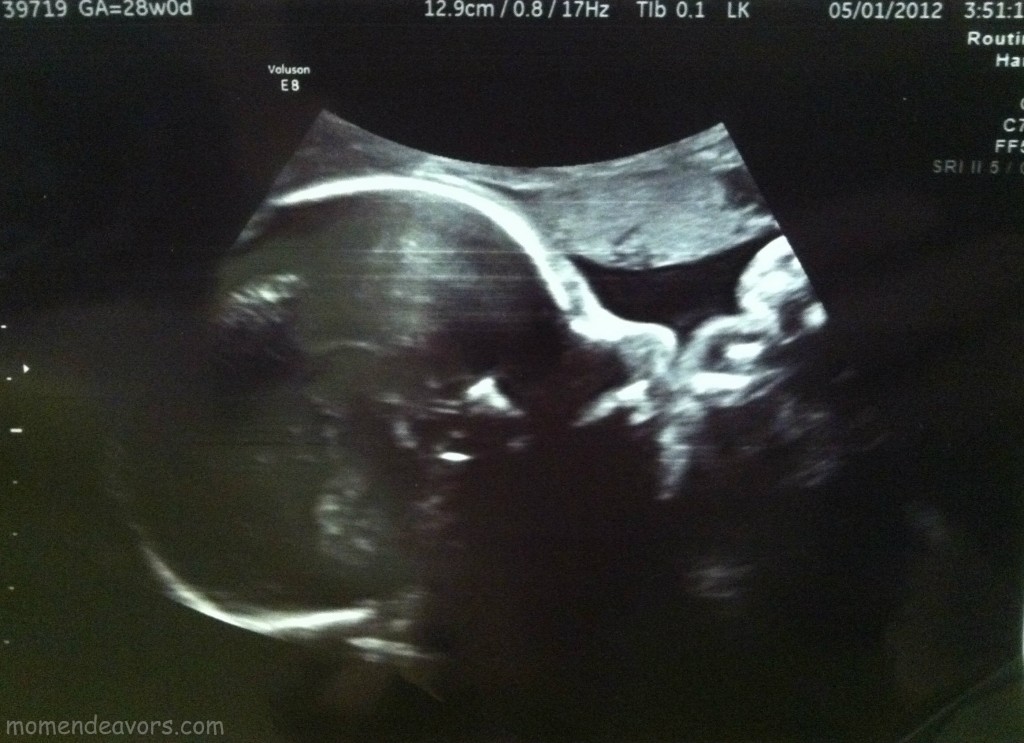 The ultrasound wasn’t nearly as long or detailed as the previous ones had been–basically the goal was just to get accurate growth measurements (and a weight estimate) because of the two-vessel cord. I’m pleased to report that baby growing well so far! In fact, it looks like he might be following in the footsteps of Little Brother–who was GIANT! 🙂 All of Baby #3’s measurements were farther along than 28 weeks 0 days (where I was the day of the ultrasound)! His femur length was especially long for his gestational age (29 weeks +) and his weight estimate was already at 3 pounds! That put him in about the 80 percentile for a 28 weeker! All good news!

We’ll continue to have ultrasounds every 4 weeks until he is born to check on the growth and there may be some antepartum non-stress tests done during the last few weeks. But, so far, so good! I’m about the same size and carrying about the same as before (especially with #2), so I know what’s coming in terms of my big ‘ole belly (and my comfort level)! 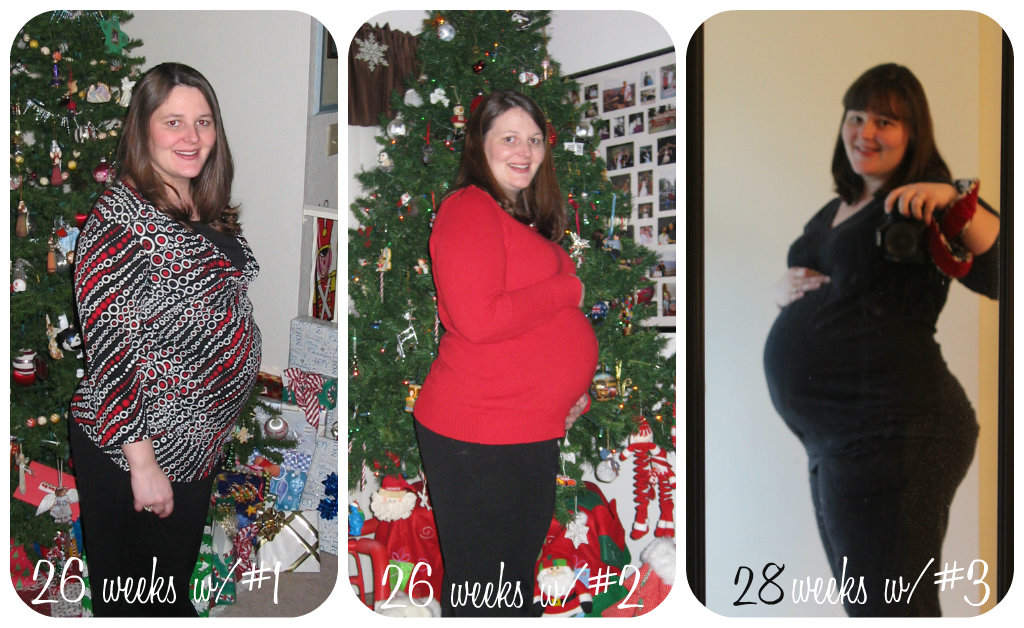 Since I’ve never been pregnant in the summer months like this, 28 weeks brought one more interesting milestone…shopping for a maternity swim suit! I ended up with this cute polka dot one! 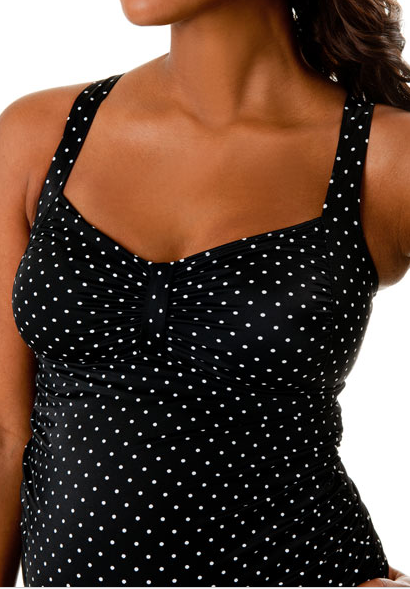 We started swimming lessons this week (Little Brother is still in a parent & tot level) and it feels so nice to be in the water. So, swimming is going to be SUCH a welcome thing this summer. I’m sure it will be wonderful for the aches, pains, and swelling that comes with the late 3rd trimester!

Thanks for reading & checking in! Now, here’s hoping the next 12 weeks all go really smoothly! 🙂