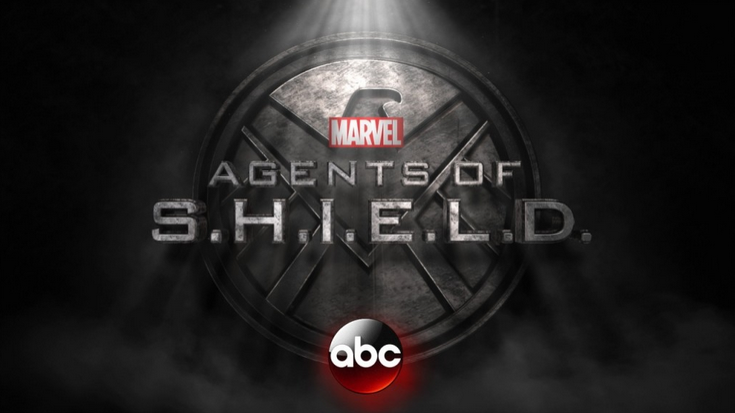 As part of the #AvengersEvent press trip in LA, we went off the grid in true secret agent fashion to visit the set of Marvel’s Agents of S.H.I.E.L.D. Really, no cell phones, no social media, NO photos (so hard) at a secret location with a secret code name.  So much secrecy and SO much fun! The show is a television hit on ABC and a whole lot of fun for Marvel/superhero fans! During our 3 hours on the set, we got to meet a number of the show’s actors, as well as seeing some live taping of the season finale, and a sneak peek of episode 218 – The Frenemy of My Enemy. The cast was so awesome to take some time out of their busy schedules to sit down & chat with us – and take a few photos thanks to ABC/Adam Taylor! First up, is our time with Iain De Caestecker (“Leo Fitz”), Elizabeth Henstridge (“Jemma Simmons”), Brett Dalton (“Grant Ward”), Henry Simmons (“Alphonso ‘Mack’ Mackenzie”) and Adrianne Palicki (“Bobbi Morse”). 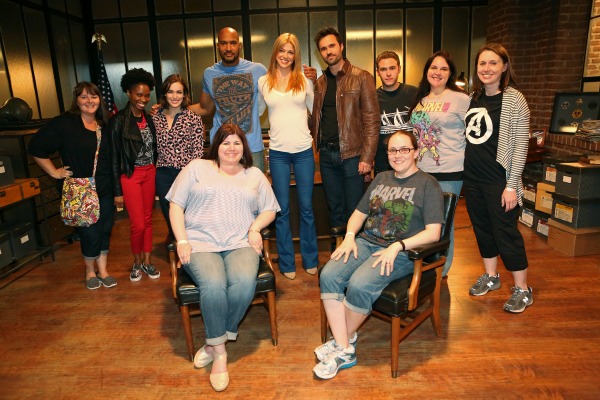 It was SO cool to do the interviews right on the set – I was literally sitting just a few feet away from “the Bus” with Lola on it. There was some serious geeking out going on in the room and then the excitement was quite high as the cast came down to chat with us. Two of the things that Marvel does really well are plot twists and keeping things secret – so not surprisingly, many of the questions for the cast revolved around those things. So, with that said, if you aren’t completely caught up with Marvel Agents of S.H.I.E.L.D, this is your SPOILER ALERT. There’s nothing from the shows that haven’t aired yet (though I do know some secrets 😉 ), but there will be spoilers below if you’re not up-to-date!

The interview actually started off with questions about those secrets & plot twists, with a question for Brett about whether he knew all along that he is actually Hydra.

No, I didn’t know before.  They let me know the episode before so there wasn’t a lot of heads up on that. I appreciate the Wikipedia entry where somebody said they let me know in the beginning of the season, so I could subtly play it every scene.  I don’t know who wrote that but I was like, oh, thank you for the credit in something I did not do.  It was a big change but I think it really rounded out the character in a way. Prior to that he had kind of a mask that he was showing to the rest of the team. And then after that you get this, all of the back story underneath it and all of the pain and danger in there. It really fleshed him out and made him really fun to play. 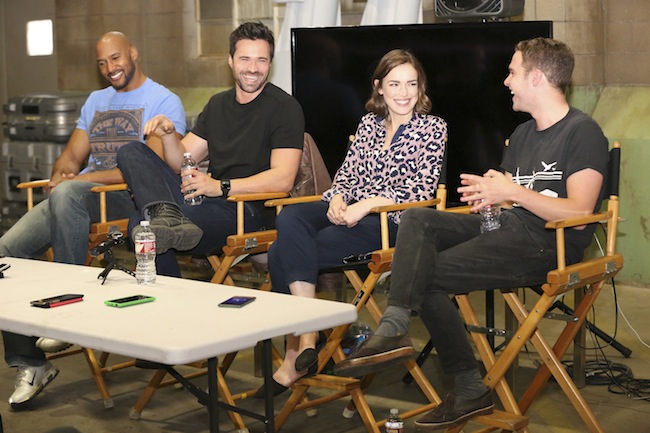 Similarly, Adrianne was asked how far in advance she knew about the big secret with “Mack”…

I had been on for quite a few episodes and we started talking about this secret. I’m like, What is this secret, what is this secret, they would not tell me the secret! I was like, okay, you guys, as an actor, I need to know, they’re like, you’re not bad, you’re not Hydra. And I was like, well that doesn’t tell me anything. What does that mean? What am I? So, yeah no I didn’t know until probably like an episode before we shot the coming out of what it was. So it keeps it interesting”

How crazy for these actors to not even know these HUGE secrets about their characters until just a few days/week before shooting! And obviously, they still don’t know where the show/their characters are going! Though, some of them did chime in on relationships they’d like to see mended/who could be forgiven after these crazy betrayals.  Iain De Caestecker (Fitz) shared his thoughts on repairing relationships with Simmons, Mack, and Ward and who would be the easiest to forgive…

Probably Simmons. He’s got the most history I think. Even when they fight and stuff – and they’ve fought a lot this season, quite seriously, I think. I can’t ever see them being out of each other’s lives, really.

The relationship with Ward is irreparable. As much as Ward would like to be friends once again it’s just not gonna happen.

With Mack…that’s an interesting one, actually. I mean it depends what’s gonna happen exactly with that storyline, I suppose. For example with Ward, I think the reason that’s kind of irreparable is because he’s done some unforgivable things and there’s no real scene to the background and what’s happened to him. Like some of the things that he’s done. I’m just being honest. 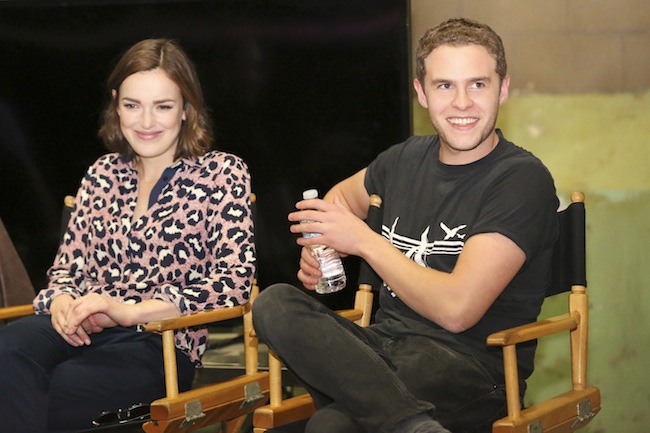 It was REALLY fun to see the actors interacting during all of these answers. There was lots of joking and laughing – they definitely have great off-screen chemistry as well!

If you’re not already a fan of the show but are a fan of the Avengers or other Marvel movies,  I highly suggest checking it out. Before knowing about this trip, I honestly hadn’t watched an episode. But now, my husband and I are hooked. We LOVE how the tv show is connected to the movies – SO fun! We’ve started from the beginning watching all the old episodes on Netflix and catching the new ones each week on ABC. The newest episode is  “The Frenemy of My Enemy”, airing tonight at 9|8c on ABC. 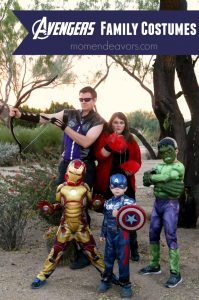 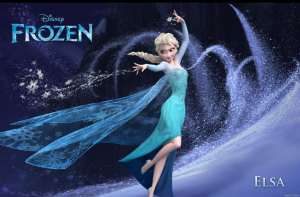 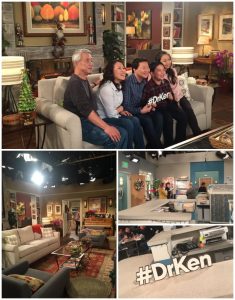 On the Set of ABC’s Dr. Ken 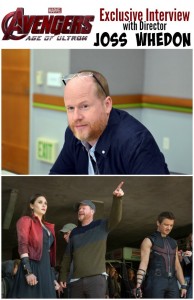