Fans of the Wizard of OZ story are in luck! This week a new animated film, Legends of Oz: Dorothy’s Return, hits theaters! I was asked to create something fun to accompany the new movie and one of the new characters– Marshal Mallow. 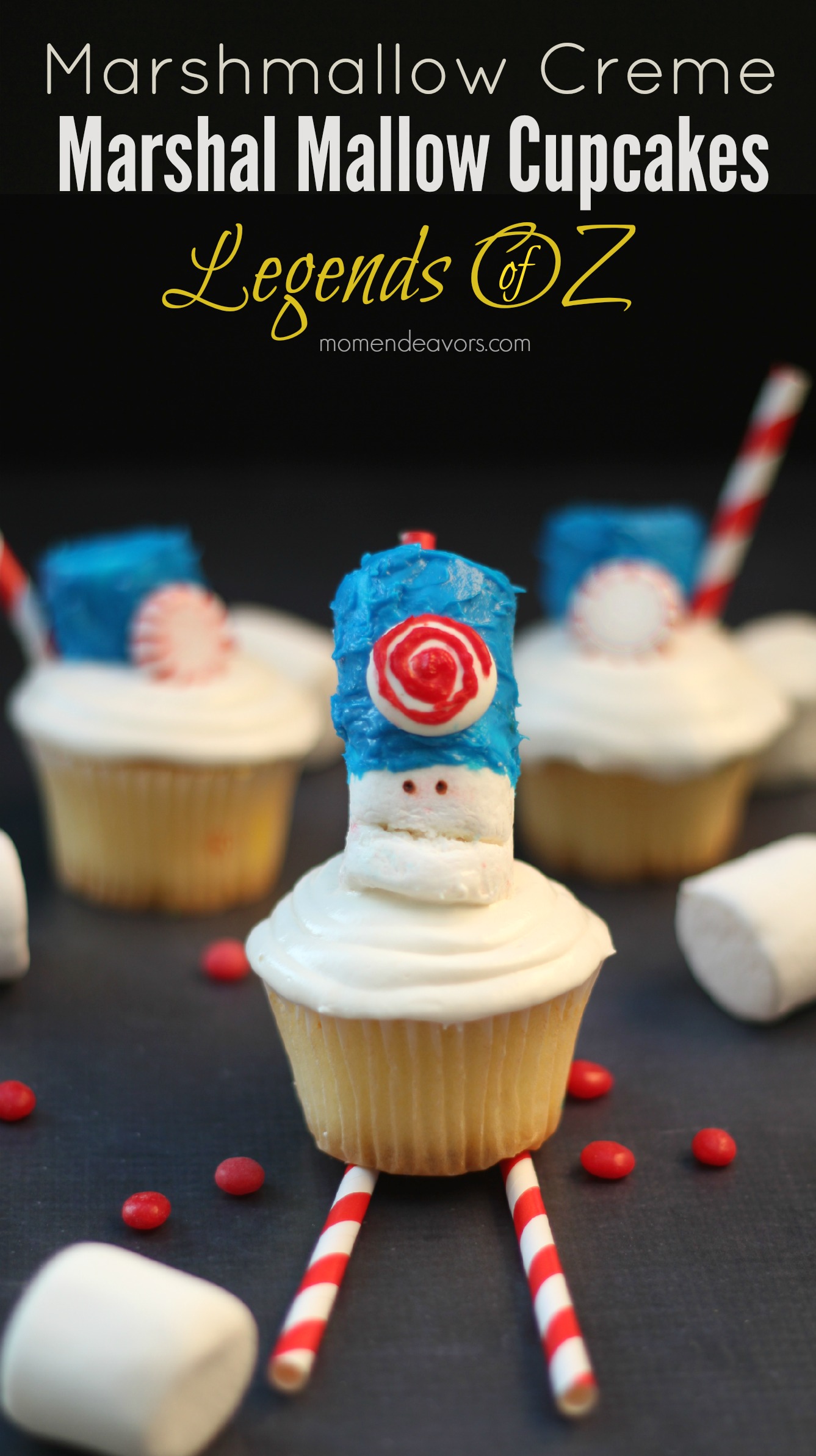 Marshal Mallow (voiced by Hugh Darcy) is one of the new characters in the movie, in addition to many familiar OZ favorites! As soon as I saw Mr. Mallow, I knew that making something fun & edible was a must! He has a body of marshmallows, with all kinds of additional sweet treat details! Plus, his striped legs look JUST like the striped straws in my baking cupboard! Check out the fun details: 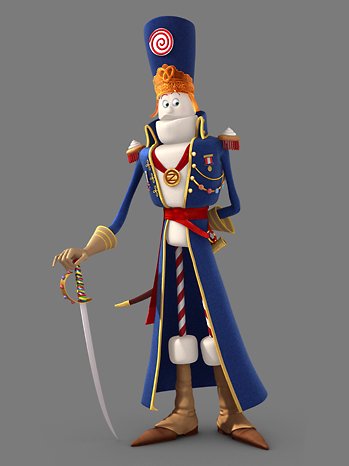 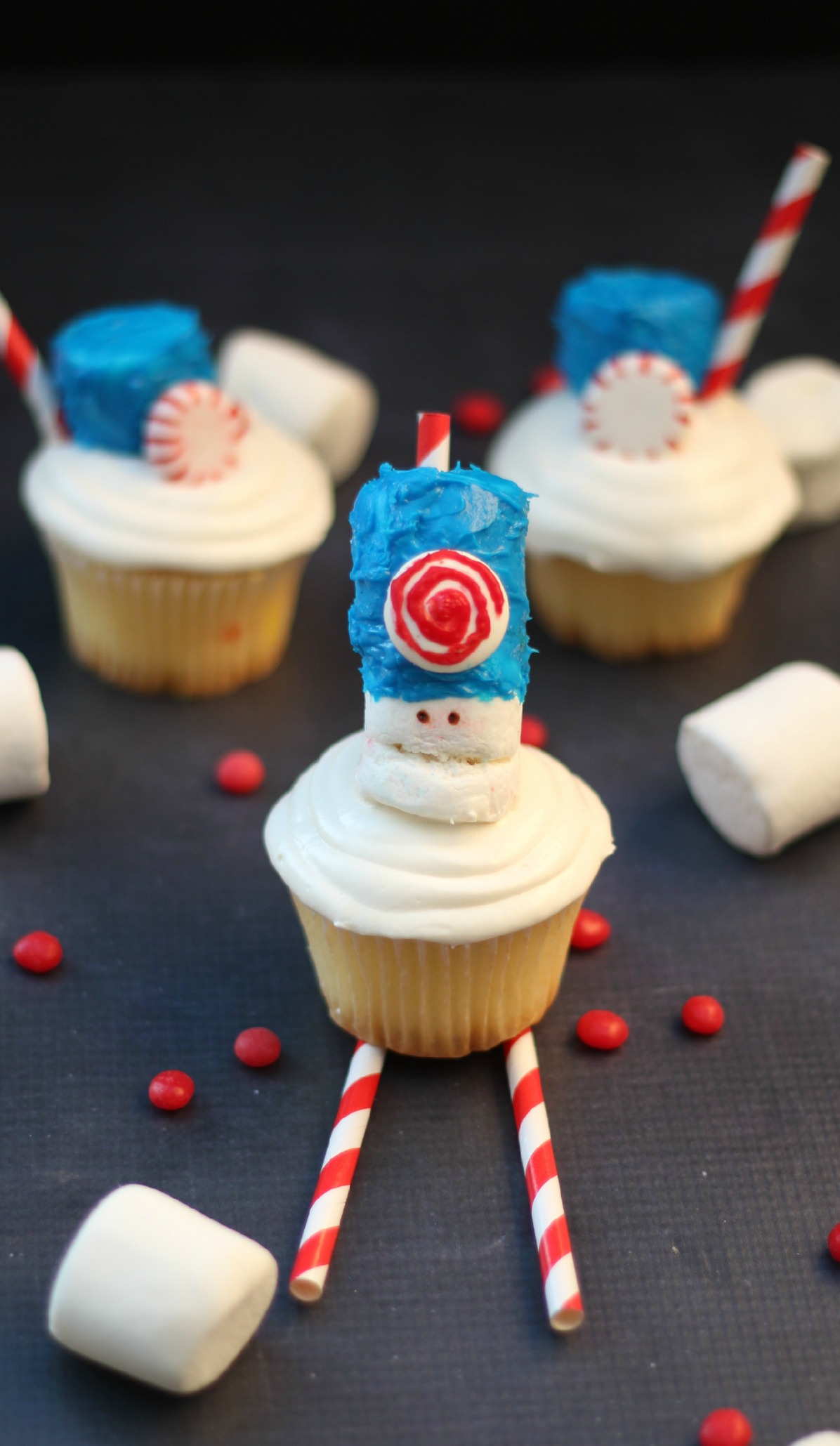 There’s even a whole fun Candy County in the movie with all kinds of sweet inspiration to draw from! So, these cupcakes fit with the movie on a couple of levels. 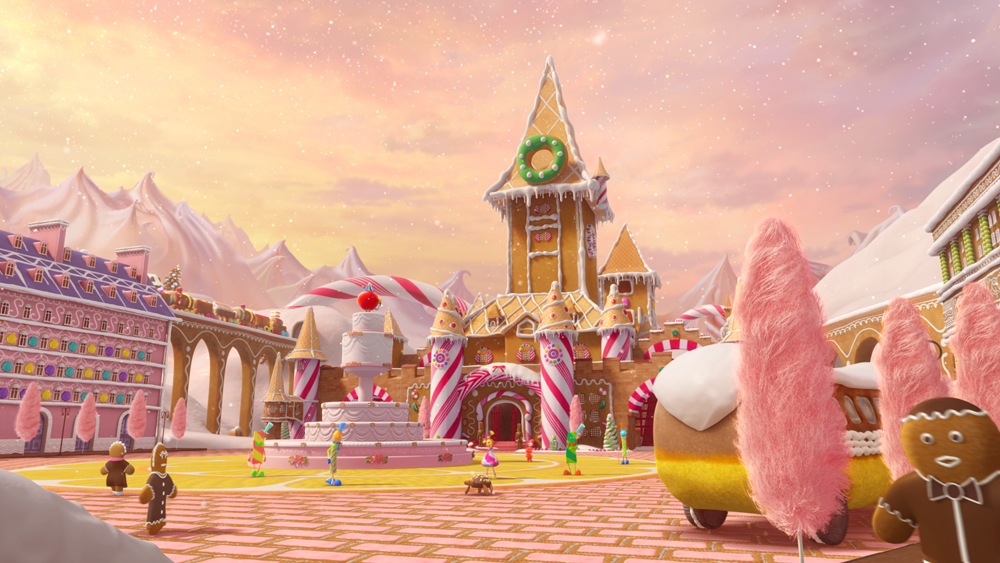 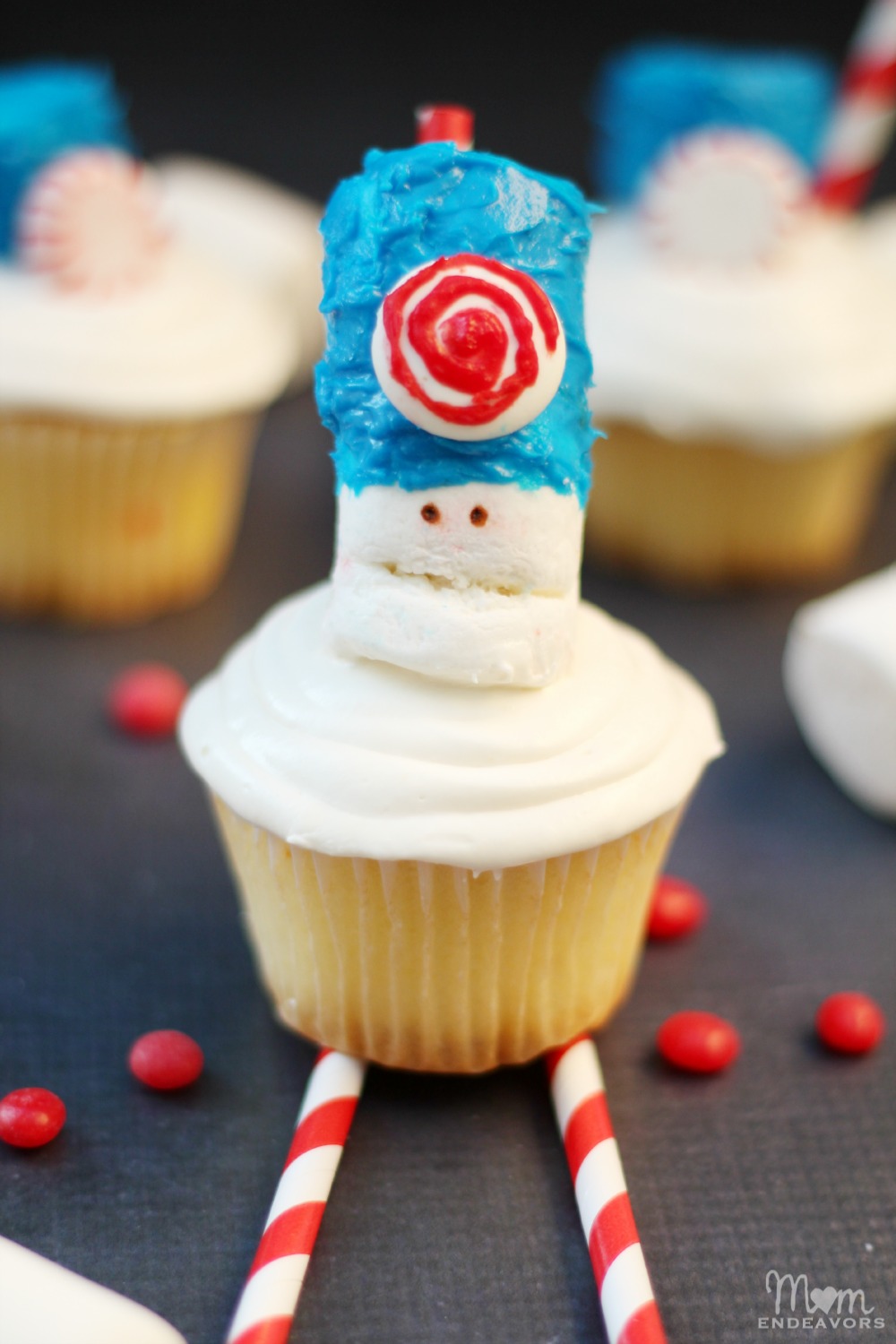 Using a toothpick, connect 2 large marshmallows. Cover about the top two-thirds of the marshmallows with blue frosting (for Mr. Mallow’s hat). On a round candy melt, do a swirl with red decorator icing and attach to the hat with frosting. Use a knife to cut the mouth and food safe markers for the eyes. Stick on top of the marshmallow frosting (and use a cut straw in back for added support). You can set the cupcake on two small striped straws (cut one straw in half) to resemble his legs. 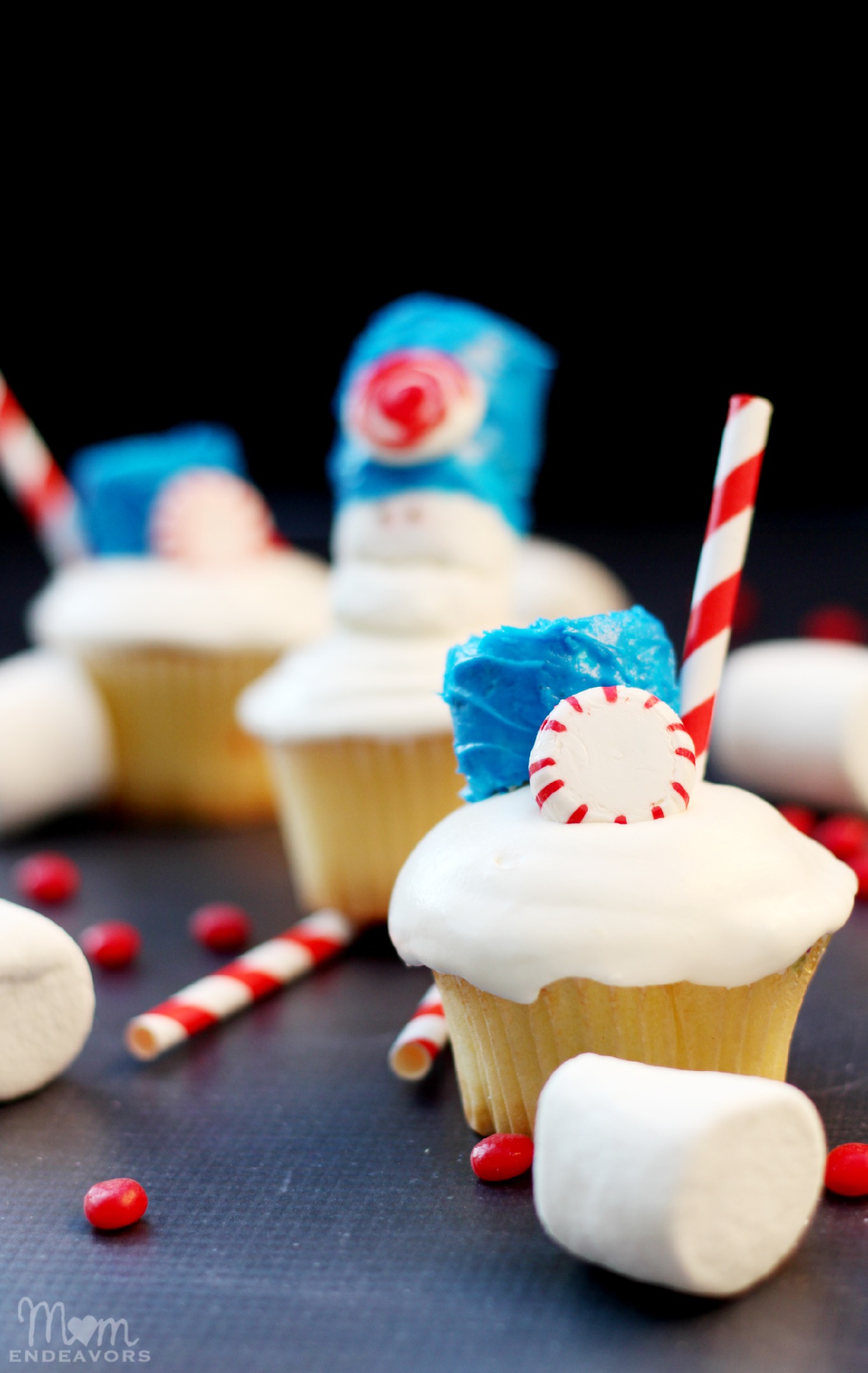 If making the Marshal Mallow toppers are a little too time-consuming for you though, you could always go with a simpler inspired look like the cupcakes above. Just do the marshmallow creme frosting with a large blue-frosted marshmallow (inspired by his hat), a peppermint candy, and a cut straw (or a peppermint stick). It fits right in with the Candy County too! No matter which cupcake style you like best, you’ll need your marshmallow frosting. So, here’s the recipe for that: 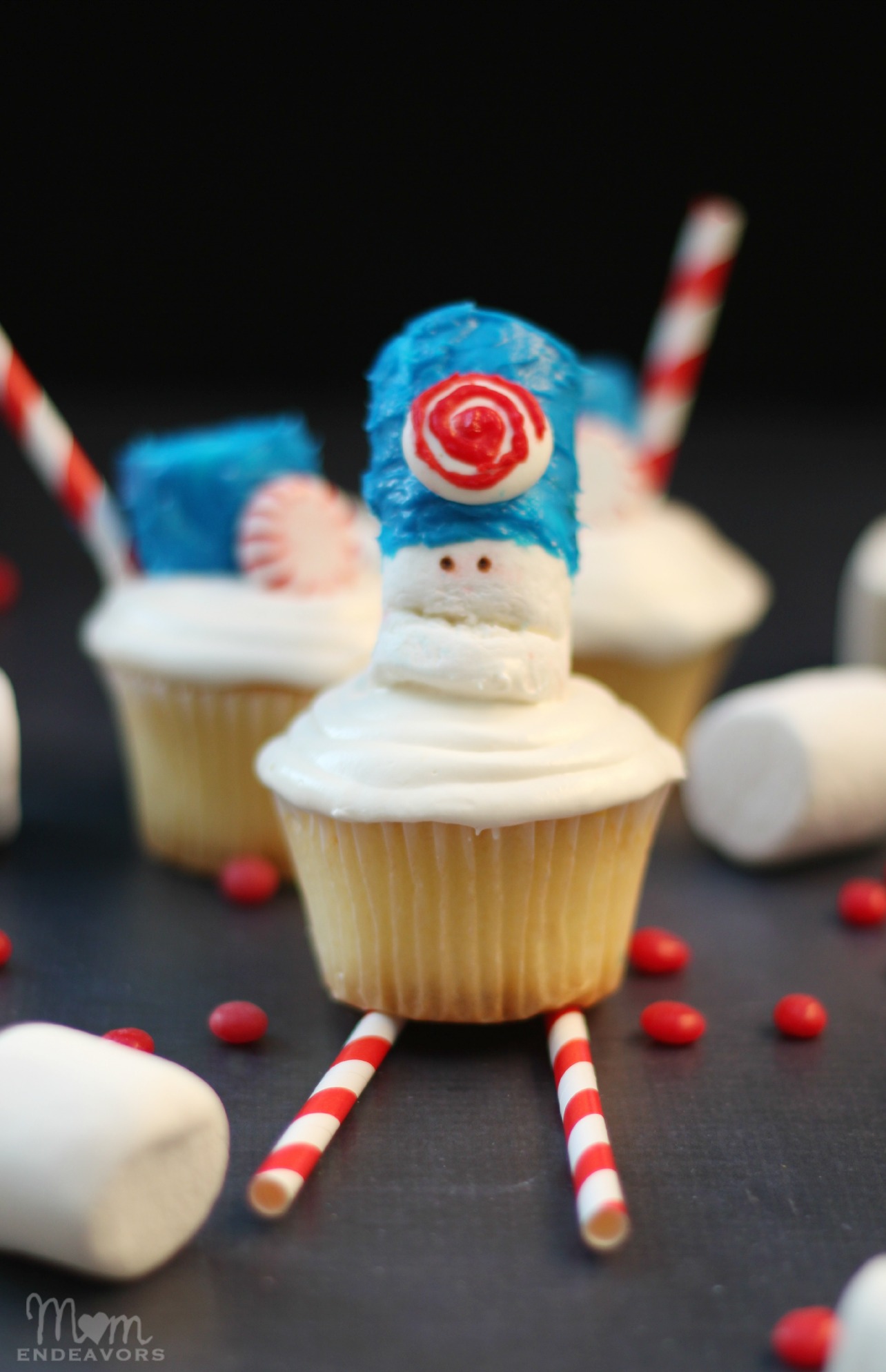 So, after you go see the movie, your kids will LOVE having some fun cupcakes!

Speaking of the movie…”Legends of Oz: Dorothy’s Return” is a 3D-animated musical based on the adventure books by Roger Stanton Baum, the great-grandson of L. Frank Baum. It’s got an all-star voice cast with some adorable new characters (like Mr. Mallow). You can get a sneak peek with the trailer below:

Fun, right?! Remember that Legends Of Oz: Dorothy’s Return is in theaters May 9! You can follow along here for more info:

Disclosure: This post is part of a sponsored campaign for Legends of OZ: Dorothy’s Return. Recipe and project idea are entirely my own.