What can I say, I have Disney on the brain! We’re gearing up for our Disney World trip to the Disney Social Media Moms Conference and while the boys don’t know yet, we’re busy behind the scenes making all kinds of plans. For our Disneyland trip last summer, we surprised the boys with special Disney trip activity packs that were a huge hit! 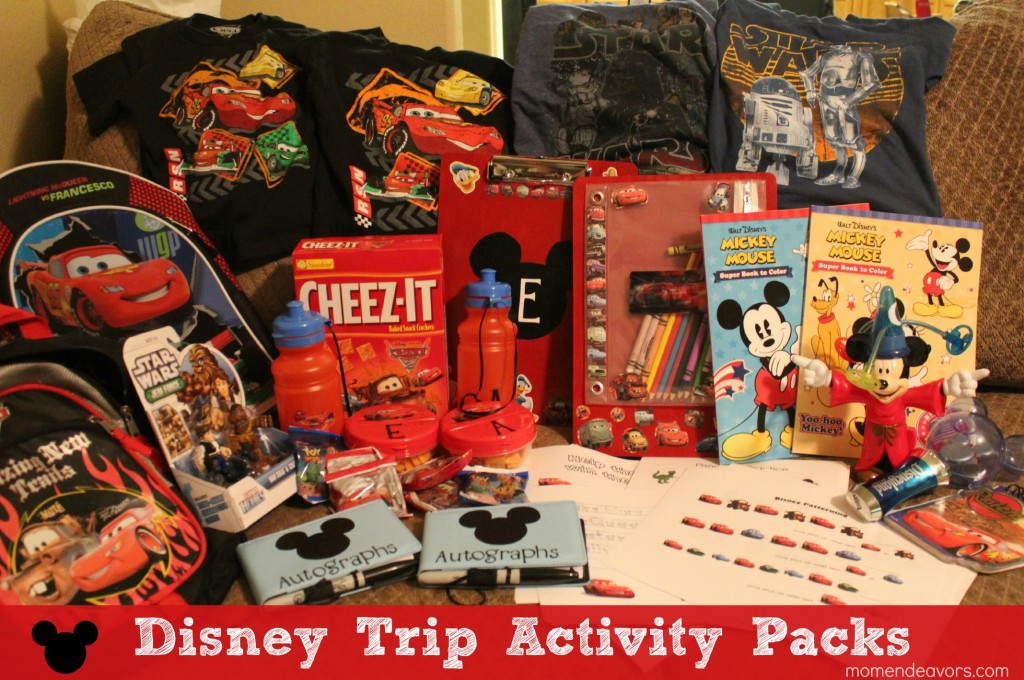 We used backpacks to hold all the fun little items, mainly because we already had one Cars themed backpack and we were going for the Cars Land Grand Opening. Plus, when we fly, it’s nice for the boys to be able to wear their own backpack full of goodies! So, once we had the backpacks as the “base”, we found (and made) fun Disney items to fill them with. Here’s what we included:

So, the point of the backpacks for us was two-fold. They were both fun & functional! Obviously, we wanted something filled with fun goodies and activities to keep them busy for the roughly 6 hour car trip. But, then, we also used the backpacks as a fun way to surprise them about the trip! They had no idea we were going until about 2 hours before we left! So, some of the items in there (like the shirts, autograph books, and box of Cheez-Its) were NOT in their backpack in the car, but were just fun things we were taking with us and helped build the excitement! 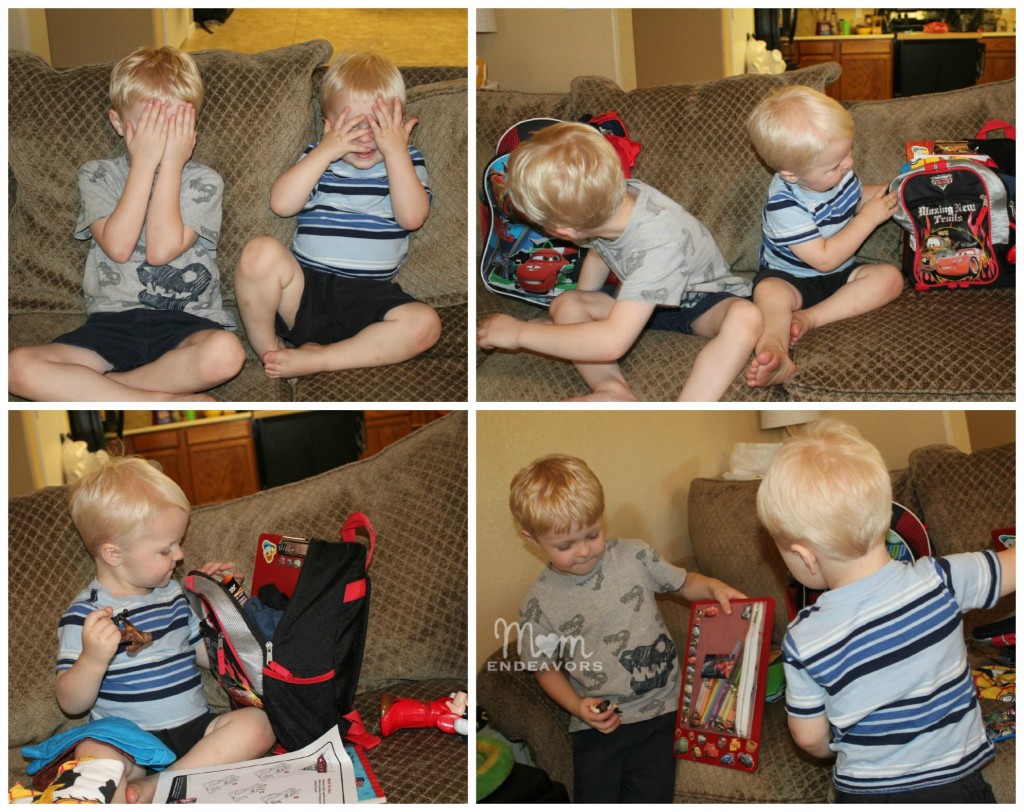 It was SO fun presenting these to the boys and then surprising them with the trip (I still really should get that video posted! ;)) And, I can’t wait to do something similar again in the next couple of weeks for our Disney World trip. Now, the question is just exactly how & when to tell them. If you have any thoughts, ideas, or suggestions, I’d love to hear them!

What are your Disney travel pack must-haves for the kids?