Even after the Jake and the Never Land Pirates Birthday Party recap post, there is still so much to share! Since making “fun foods” is one of my favorite ways to get creative, I thought all of our pirate food (aka “buccaneer grub”) needed it’s own post! 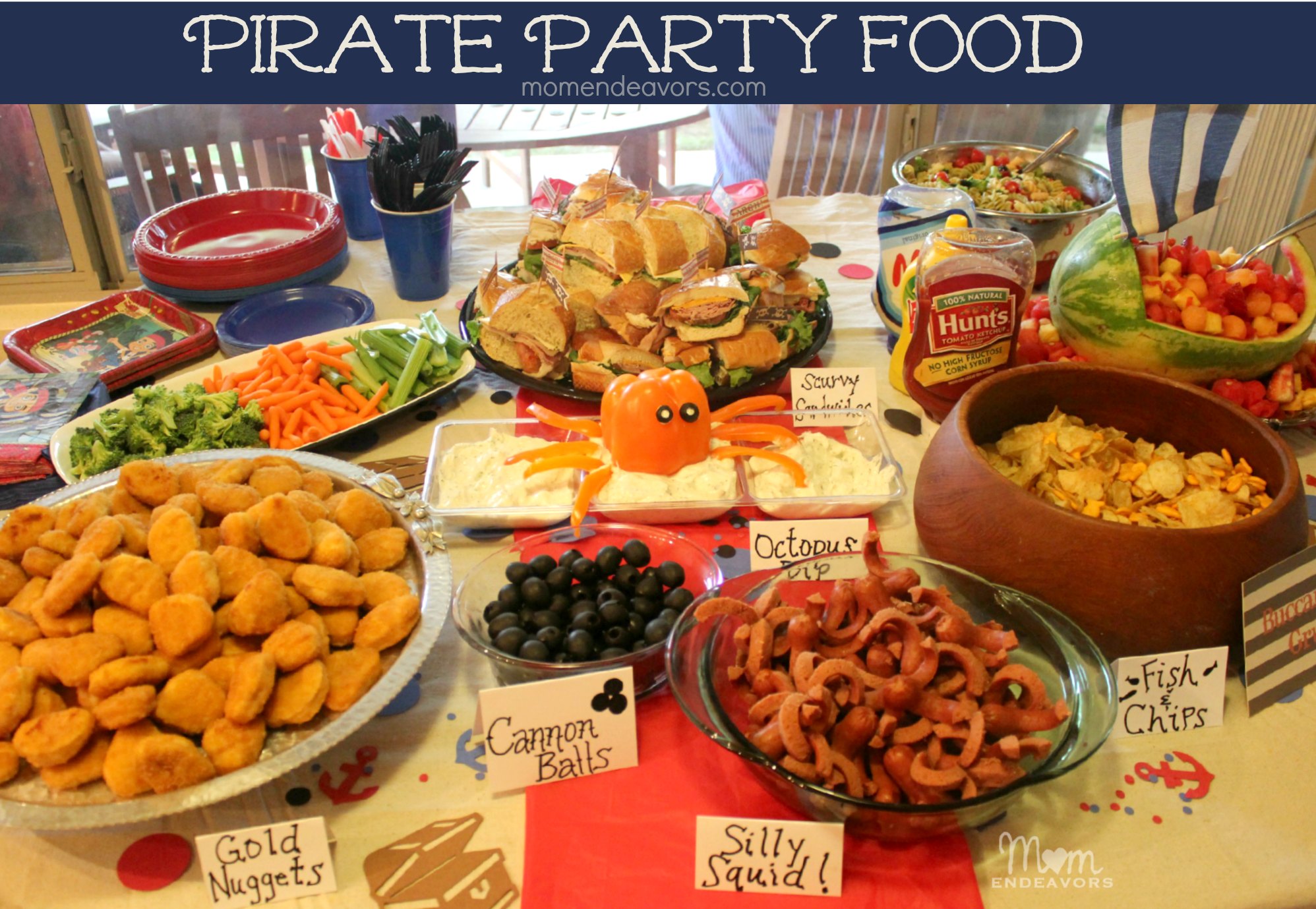 Overall, it was actually really fairly simple. But, the little touches make it extra fun! Here’s the menu: 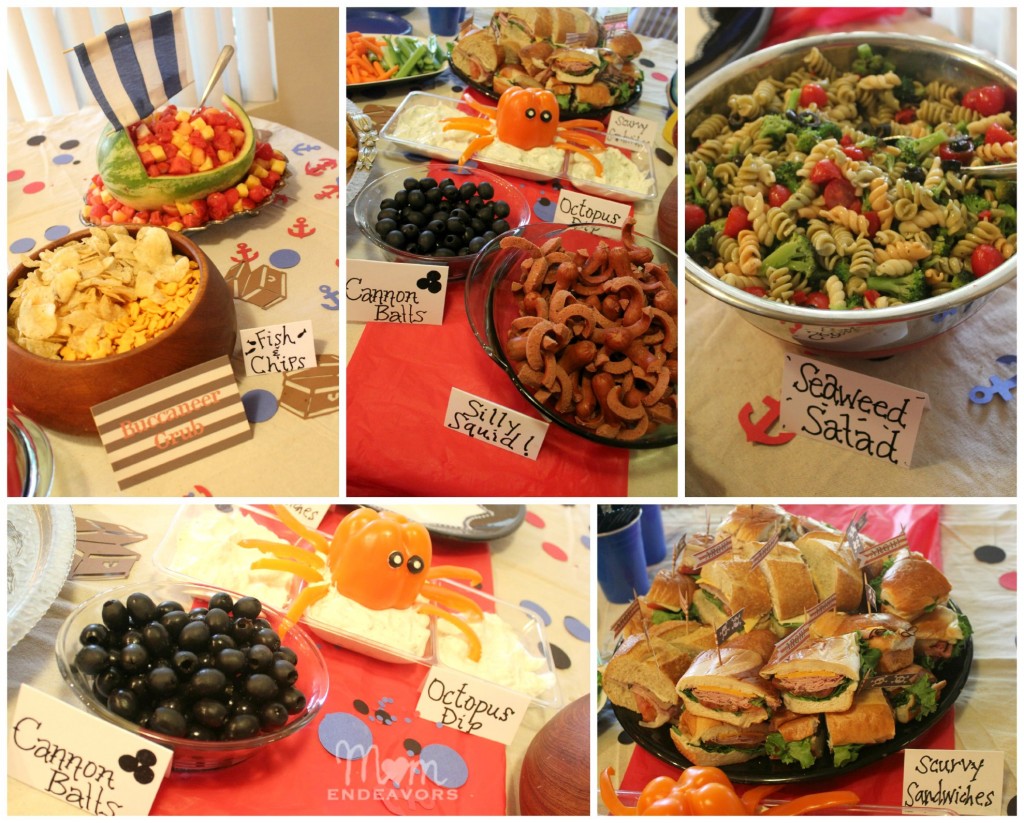 The fresh fruit & watermelon pirate ship was a big hit! It was inspired from numerous different versions I’ve seen floating around the internet (I’ve got some pinned on my Jake party Pinterest board). The process was fairly simple. We just cut a large section out of the watermelon (down to almost the halfway point horizontally), shaped the front a bit, and took out all fruit. We mixed the fruit salad together in a separate bowl, added it back into our hollowed out watermelon, and added our Bucky sails to make it a ship! 🙂 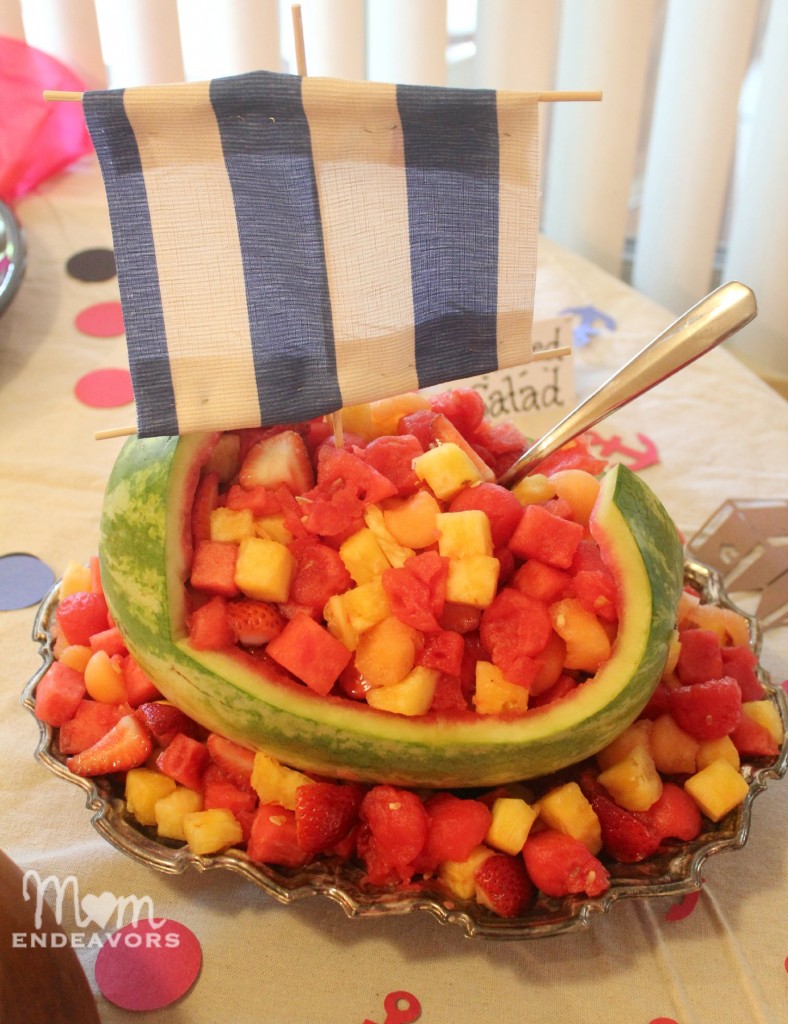 The fruit was a big hit! I didn’t even have one bite and we had NO leftovers! 🙂 But, what really surprised me was what the hands-down kid favorite was… 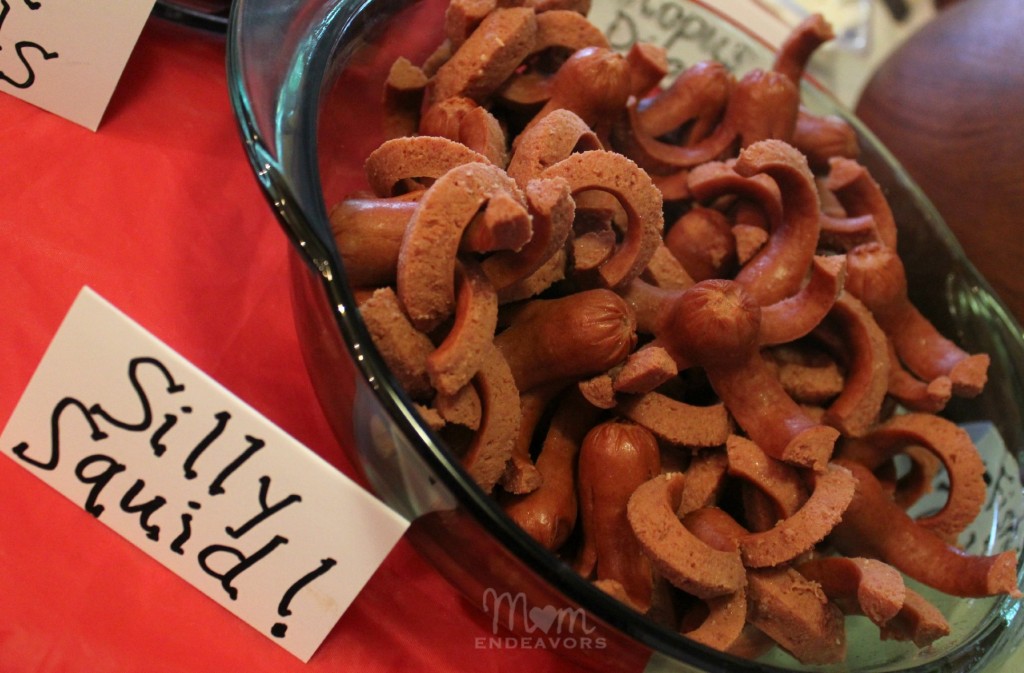 I thought the kids might be a little weirded out by them and not eat them. But, I was SO wrong! The kids went crazy for these! It’s all that a few of the kiddos wanted! Too funny! They are SUPER easy to make. Just cut the hotdogs in half. Then, cut the halves into 4 vertical strips halfway up (giving you a “head” & “tentacles”). Place all the cut hotdogs into a pot of boiling water until the tentacles start curling (just a few minutes). 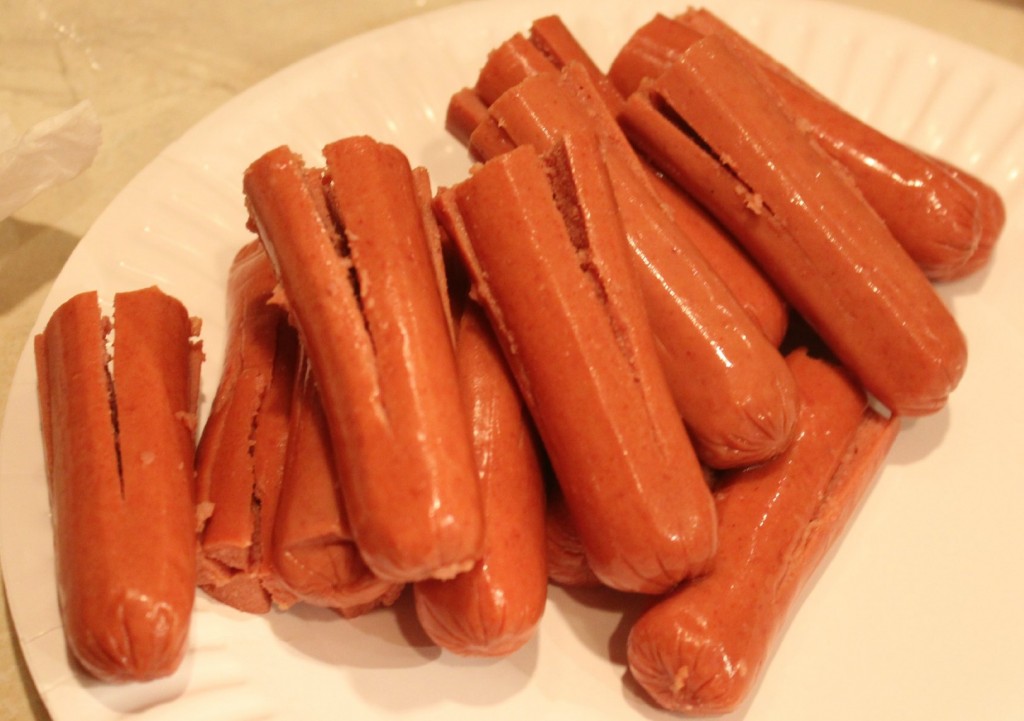 We also served up Pirate Punch (a variation of our favorite green punch recipe) and had some drinks on ice outside in an awesome cut whiskey barrel! Super fun! 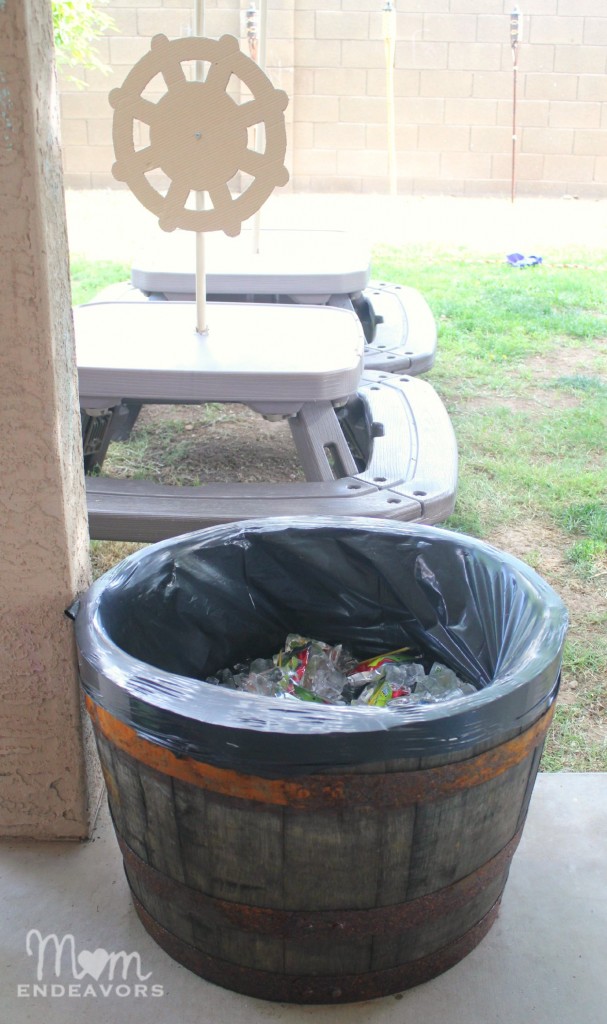 And, of course, last but not least, every pirate party needs a great pirate cake! The boys requested Bucky, so I had to deliver! I love the way everything turned out. There are enough directions that it needs its own post! *Update – For the full cake tutorial click here —> Bucky Pirate ship cake directions

What pirate party foods do YOU think are a must?!