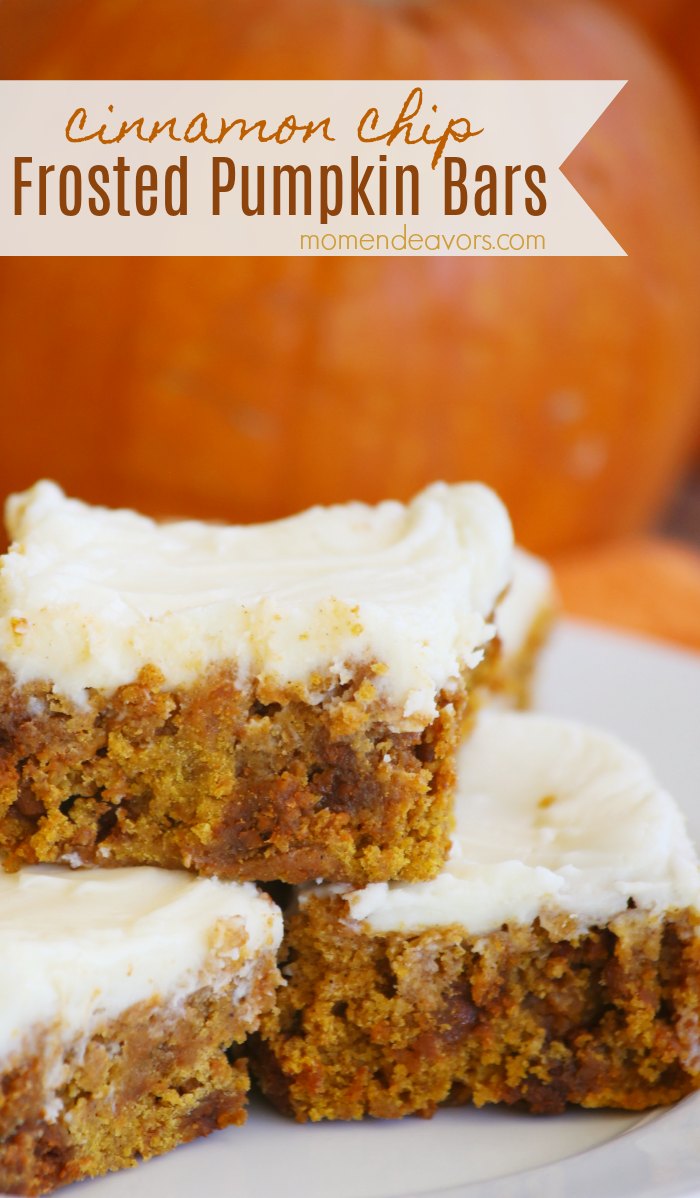 I love fall! The cooler temperatures, the changing leaves leaves, football, all things apple & pumpkin – it’s just all SO good! Fall is also a great time for baking and one thing my family loves is pumpkin baked goods! In fact, pumpkin bars are a total favorite around here! 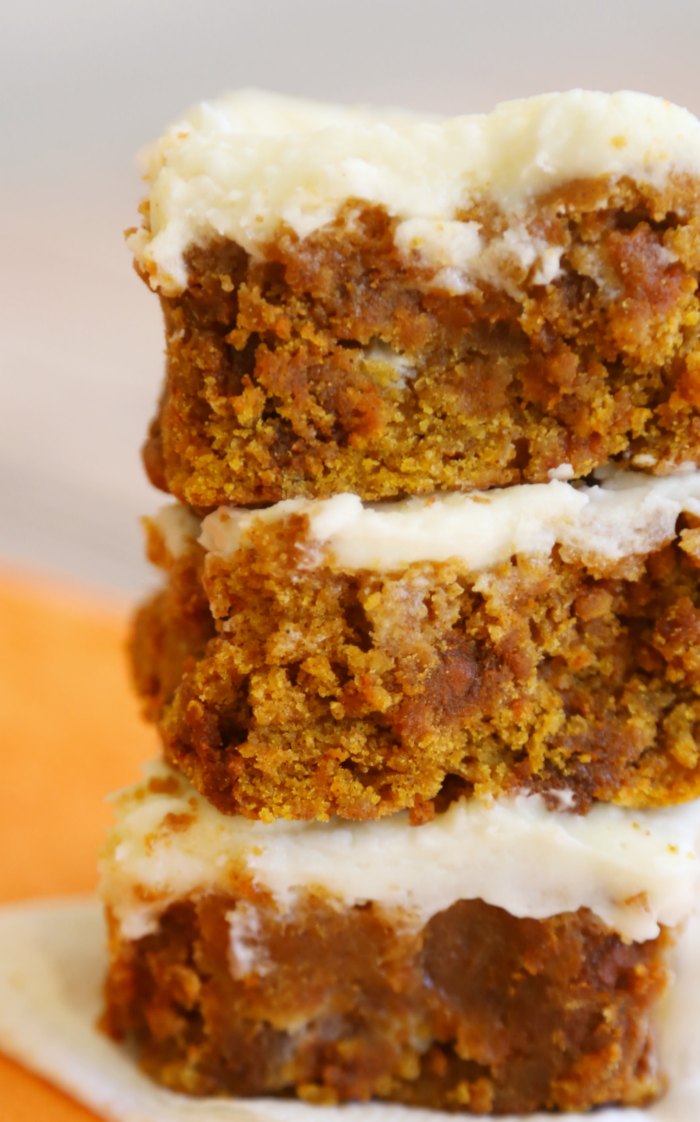 The pumpkin chocolate chip bars are SO good (and actually currently, our number 1 fall post). But, cinnamon and pumpkin is such a tasty combination as well! We have our favorite 2-ingredient pumpkin cinnamon chip cupcakes and these delicious cinnamon chocolate chip pumpkin cookies! So, I decided to do a twist on our favorite pumpkin bars, making them with the cinnamon chips! The result? SUPER tasty! Everyone at our house loves them! The homemade cream cheese frosting doesn’t hurt either! 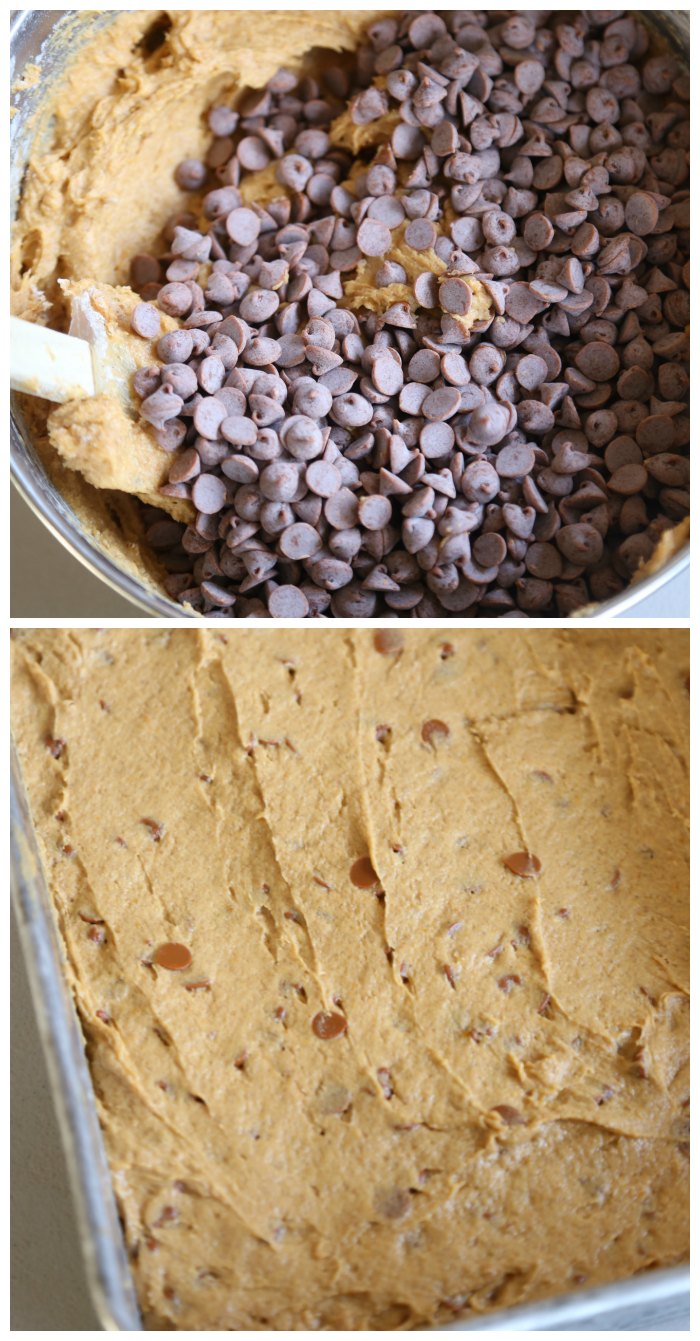 The bars are really quite easy to whip up. Other than maybe the pumpkin and cinnamon chips, you probably have everything on hand. I typically have luck finding cinnamon chips at most stores this time of year, but almost always at big ones like (like Walmart, Target, etc). I usually stock up on a few packs for these recipes and freeze them (which is why they look a little frosty in the photo above). 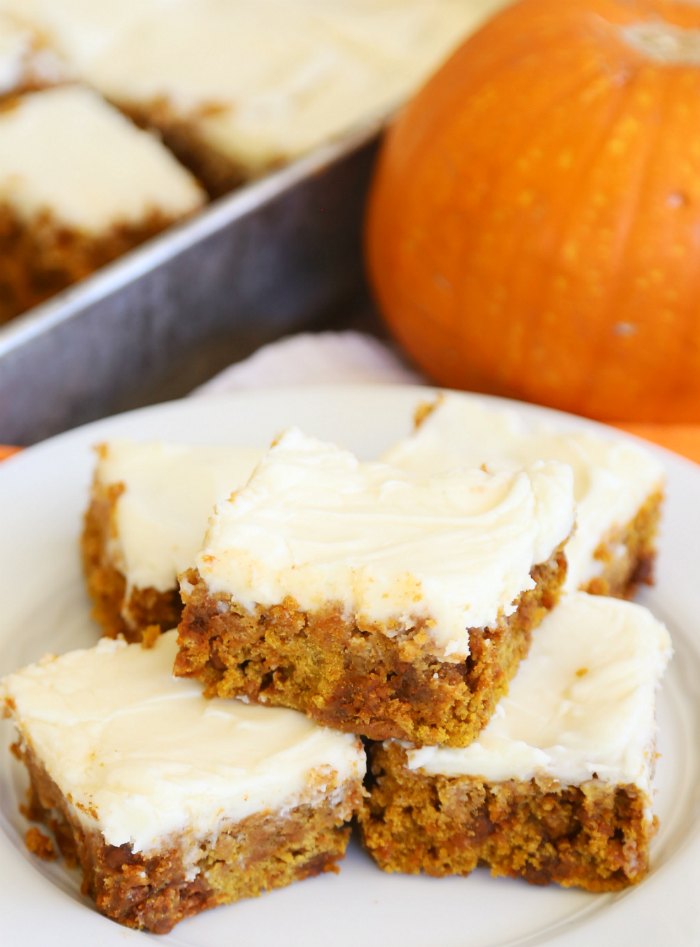 The sweetness of the frosting deliciously offsets the spice of the cinnamon in the bars! If you like a lot of cinnamon flavor though, you could definitely try our tasty homemade cinnamon cream cheese frosting – YUM!!! Or you could omit the frosting altogether! Either way, these pumpkin cinnamon chip bars are delicious! They’re a big hit at our house – perfect for fall parties or even a tasty Thanksgiving dessert!

Looking for more delicious pumpkin recipes? Try these favorites from the blog: 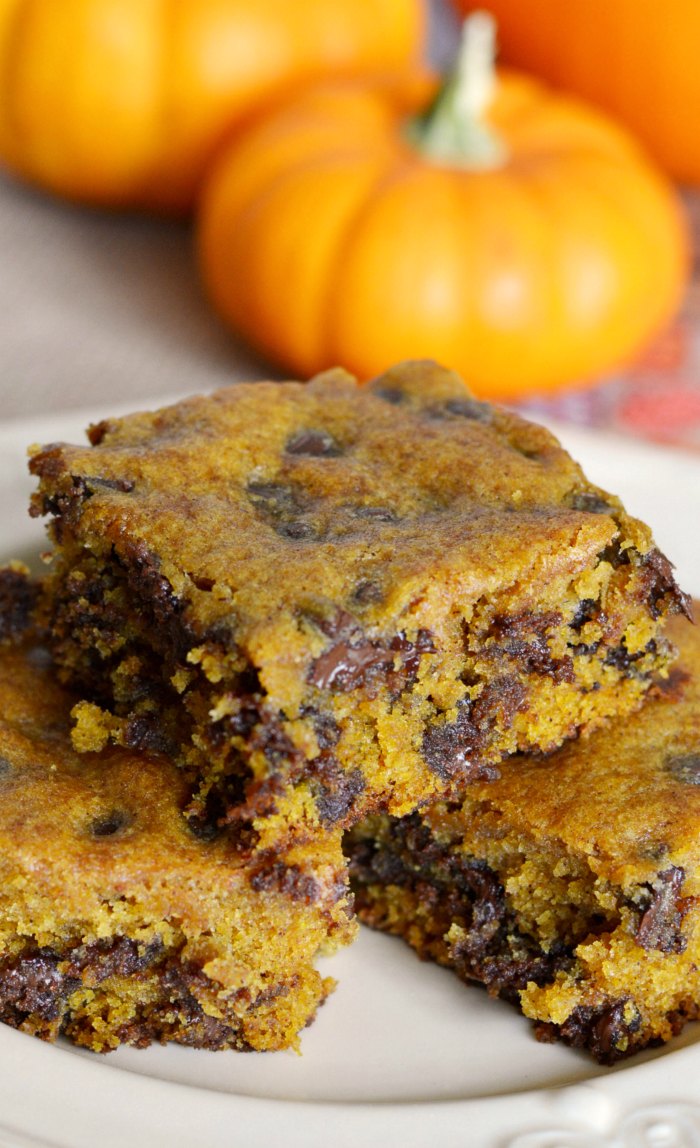 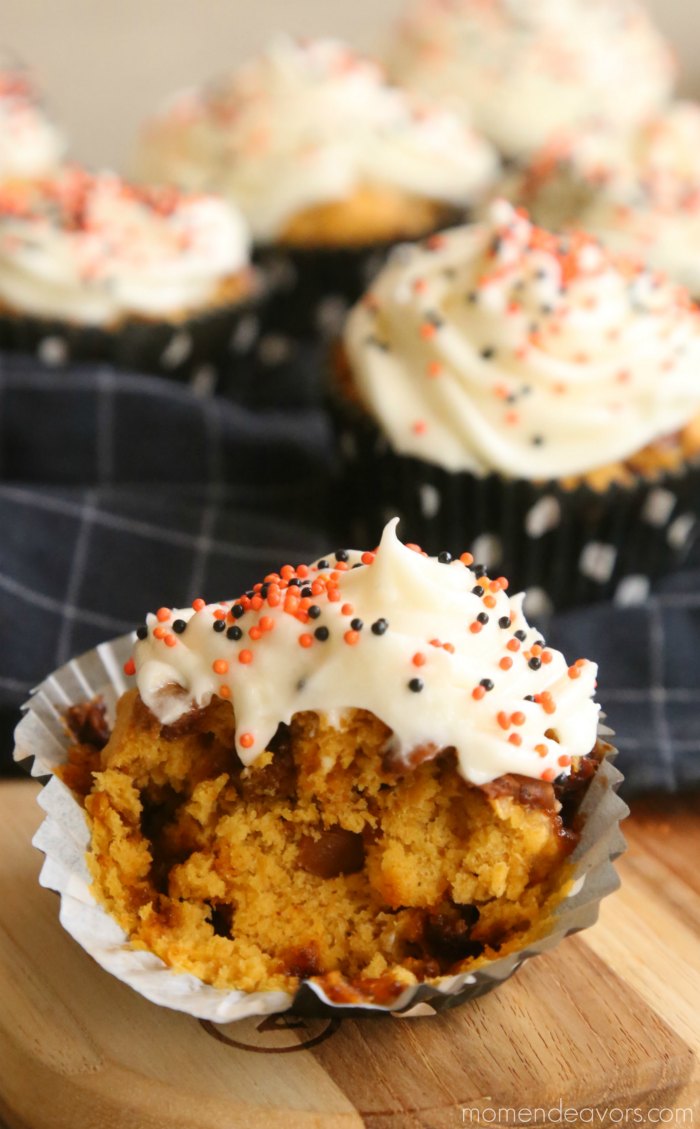 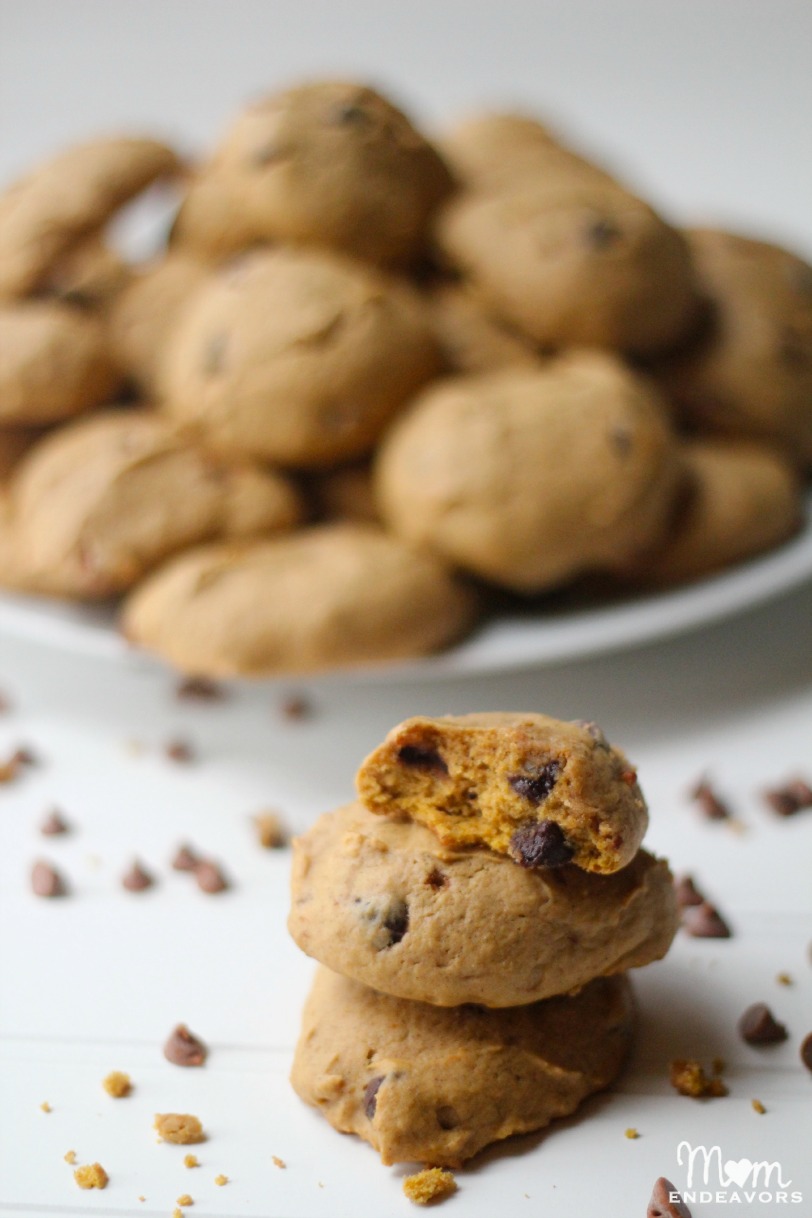 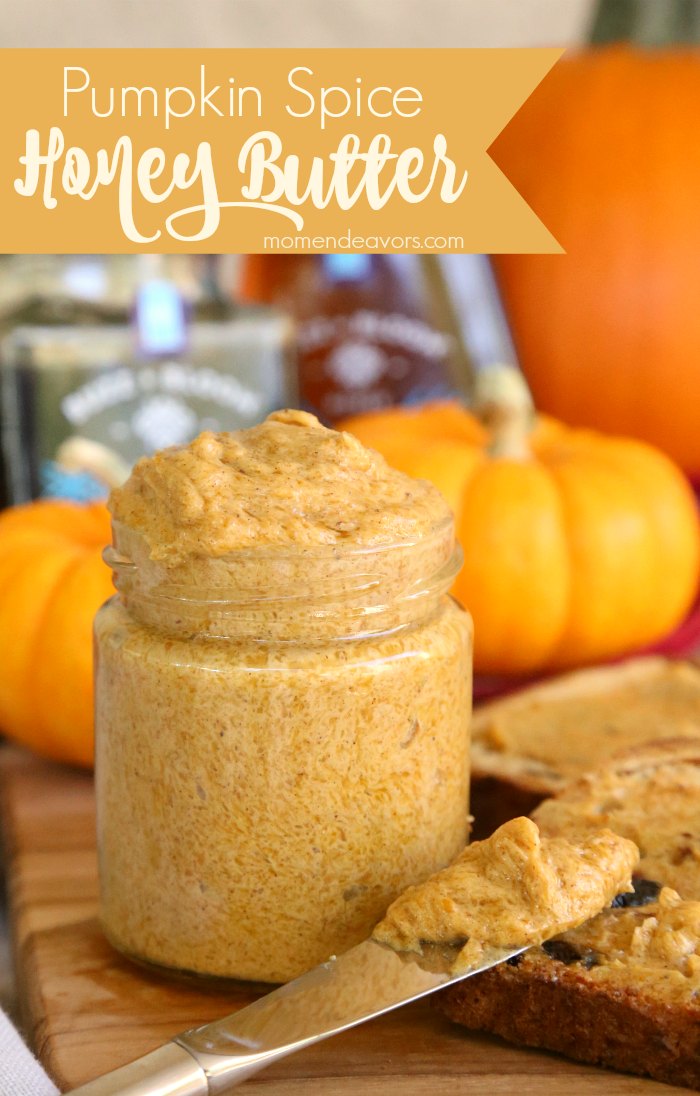