Now that we are into October, Halloween planning is definitely on my mind.  For us, part of that means putting together our family-themed costumes.
I was lucky and grew up with a mom and grandmas that are all pretty good seamstresses (one of my next endeavors).  Along with that, came homemade or at least semi-homemade costumes–from witches, to fairies, and even a bag of jelly bellies! I don’t ever remember going to the store to pick out entire costumes–instead it was deciding what I wanted to be and then figuring out how we could put the costume together.  Even if a main part was store-bought new, we would then add details & embellishments!
So, since having my own kids, we’ve been trying to extend that tradition as much as possible, but took it one step farther–family themed costumes!!
This started when Big Brother was first a toddler. I had a great spanish dancer costume turned “Moulin Rouge” costume that I thought would easily make a great pirate wench. With a few touches & supplies, I figured we could easily create a pirate costume for my husband.  And, what does every pirate couple need?  A parrot of course!!
So, two years ago, my mom and I made my son this parrot costume (get directions here): 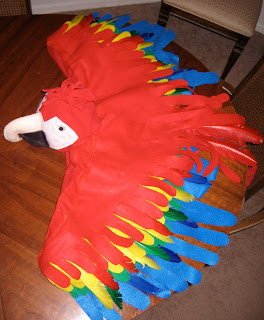 And, every parrot must have parrot food! 🙂 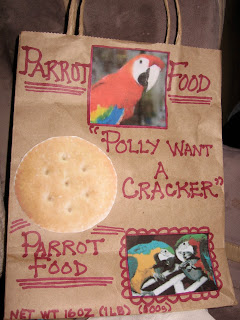 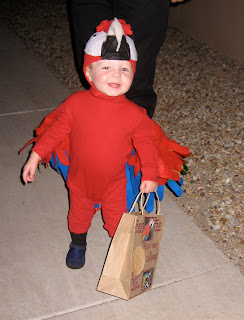 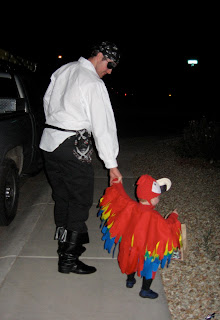 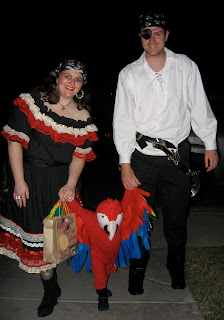 It was a huge hit and so much fun to all be dressed up together.  While we were out, everyone LOVED that we were dressed up too.  Maybe it’s just my drama background from high school, but I think it just adds a whole fun element to have the family dressed up together.
Then, last year, we decided to stick with an animal once again (no surprise with two biology nerds in the house)–Big Brother was a beetle, I was a butterfly, and my husband was a bug catcher! 🙂 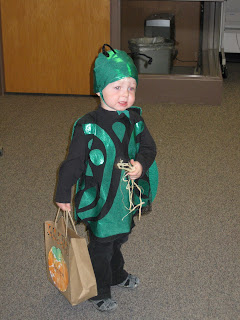 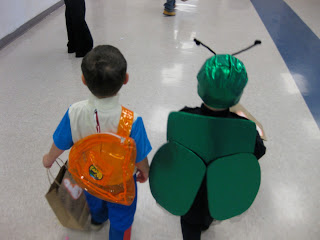 Once again, my mom and I made the beetle costume inspired from this little guy: 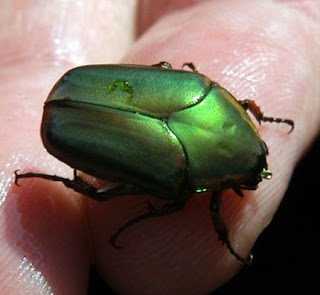 While it was nowhere near as elaborate as the year before(I was coming out of the first trimester with little brother and not feeling great), we still really enjoyed being all dressed up together–we even won “funniest” costume for his age group at a Halloween festival. 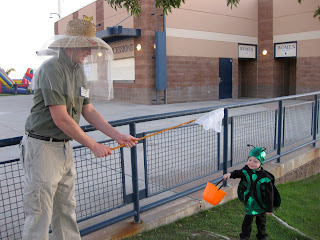 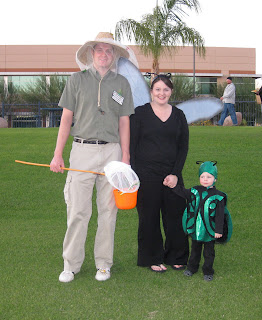 Now, we are gearing up and making decisions about this year.  We’ve got another little guy in the mix now, so will be deciding around that. Not divulging anything here until we finalize things a bit more.
Have YOU done family-themed costumes?  What are some of your favorites?
Linked to:  Corner House, My Insanity, Wickedly Creative Halloween party, Craft-O-Maniac