Lucasfilm’s Rogue One: A Star Wars Story is now out on Blu-ray/DVD (April 4th)! If you haven’t seen it yet, this one is a MUST own for your Star Wars collection (you can read our Rogue One review here)! It was really good, so we were thrilled to get a review copy to have on Blu-ray at home! For those not familiar, the movie centers all around the Rebels trying to steal the plans for the Death Star! So, I thought this was the perfect time to share all about making the Death Star piñata that we used for the boys’ Star Wars Jedi Training birthday! 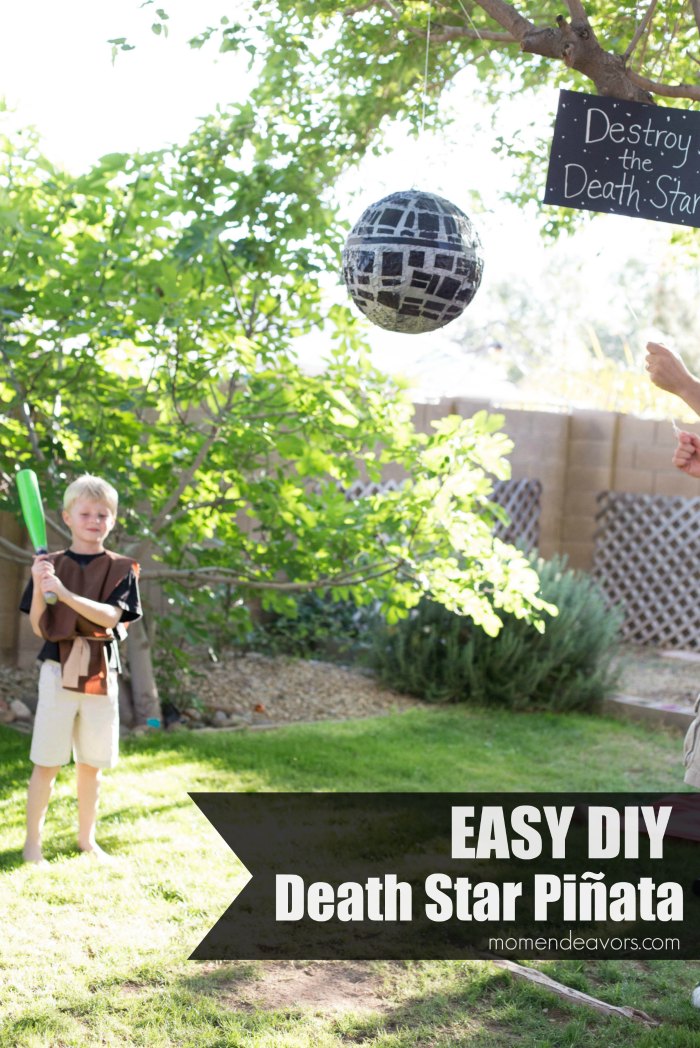 Now, you can certainly completely DIY a piñata with paper mache and the whole works. But we opted for a quicker method for our Death Star creating. Here’s what we used:

Start by cutting a whole piñata large enough to fit the bottom of the bowl (this will become the laser weapon portion). Stick that into the piñata, using glue if desired/necessary. Then, use your gray/silver spray painting to cover the entire piñata. While that dries, cut different square and & rectangle shapes out of black tissue paper to make some of the Death Star shapes.

Once dry, make two hemispheres with the black tape. Then, use the mod podge to start sticking on all your shapes. Since tissue paper is thin, a very thin coat of the mod podge is all you’ll need. Remember, you don’t need perfect here -the kids will love it. So, just slap the shapes around each hemisphere in some patterns that resemble the Death Star. 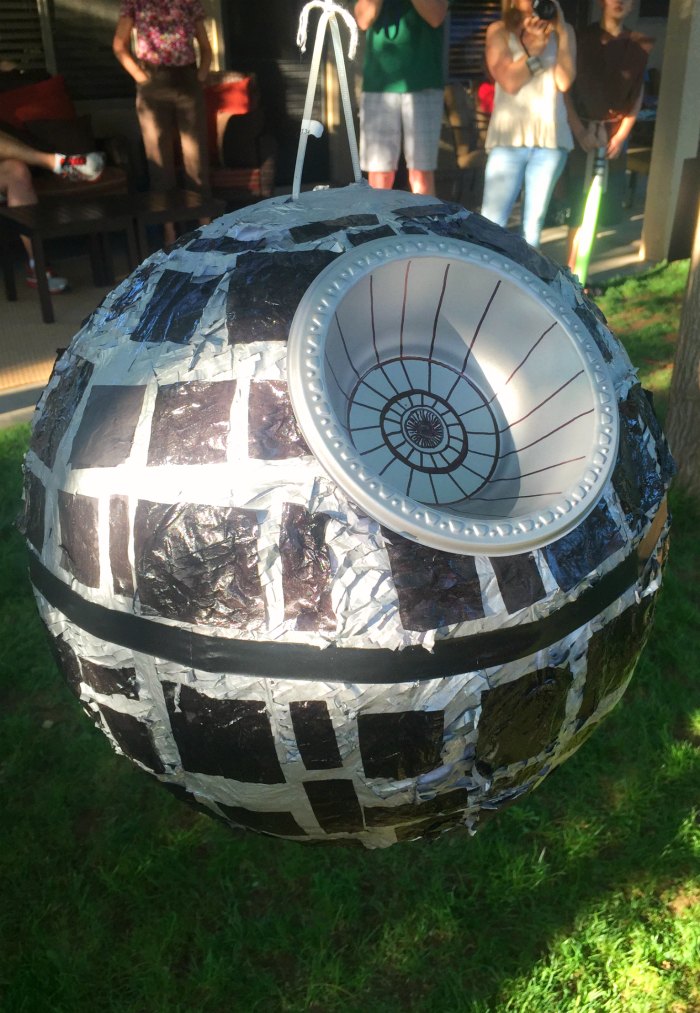 Lastly, use a black Sharpie to draw the lines in the area for the super laser! This part really helps make it look like the Death Star!  Then, it’s ready to party & enjoy! It was a HUGE hit as part of the boys’ Star Wars birthday party! 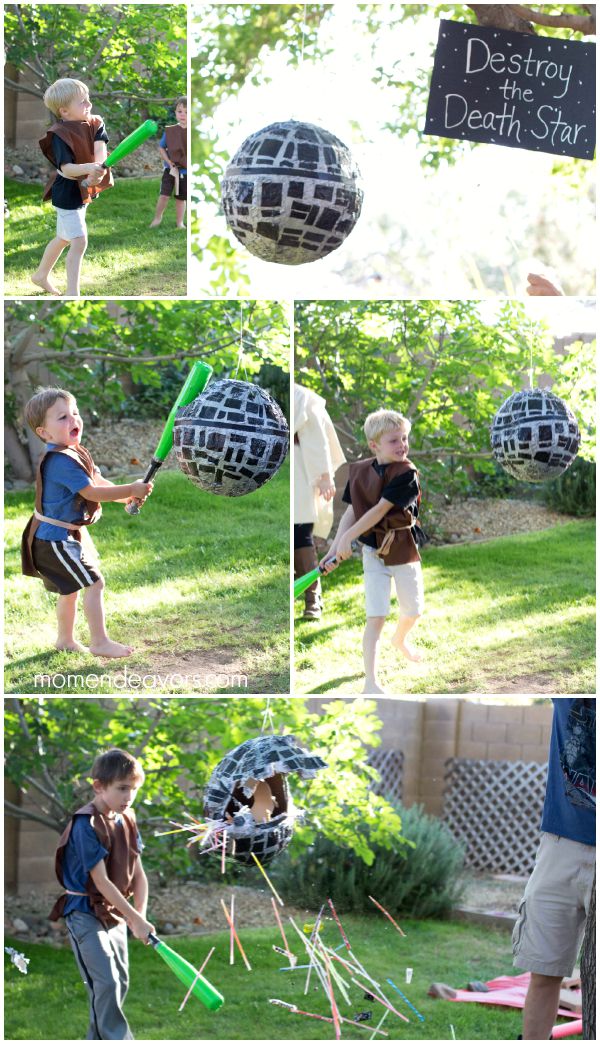 But, it could even be something extra fun for a Rogue One Star Wars movie night!!! So, be sure to buy your copy of Rogue One: A Star Wars Story on Blu-Ray/DVD  (affiliate link) and enjoy!  We love having the movie at home! Plus, the bonus features are so much fun! 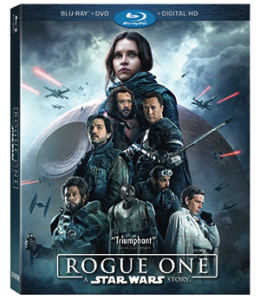