The theme for this month’s Lowe’s Creative Influencers Network post centered around toy boxes. When I first heard that, I was sure of a couple of things: I wanted it to be at least part of Big Brother’s Christmas present and I wanted to do a dress-up bin! But, I wasn’t sure what kind of toy chest I wanted to do. While many traditional wooden chests are so pretty, we lack a lot of the tools needed to make it nice–namely the saws. Plus, I wasn’t sure that it would be big enough for all the dress-up stuff. A quick facebook poll revealed that most moms (who answered my question) like plastic bins best for toy storage. And, I happen to agree. So, here is the finished product: 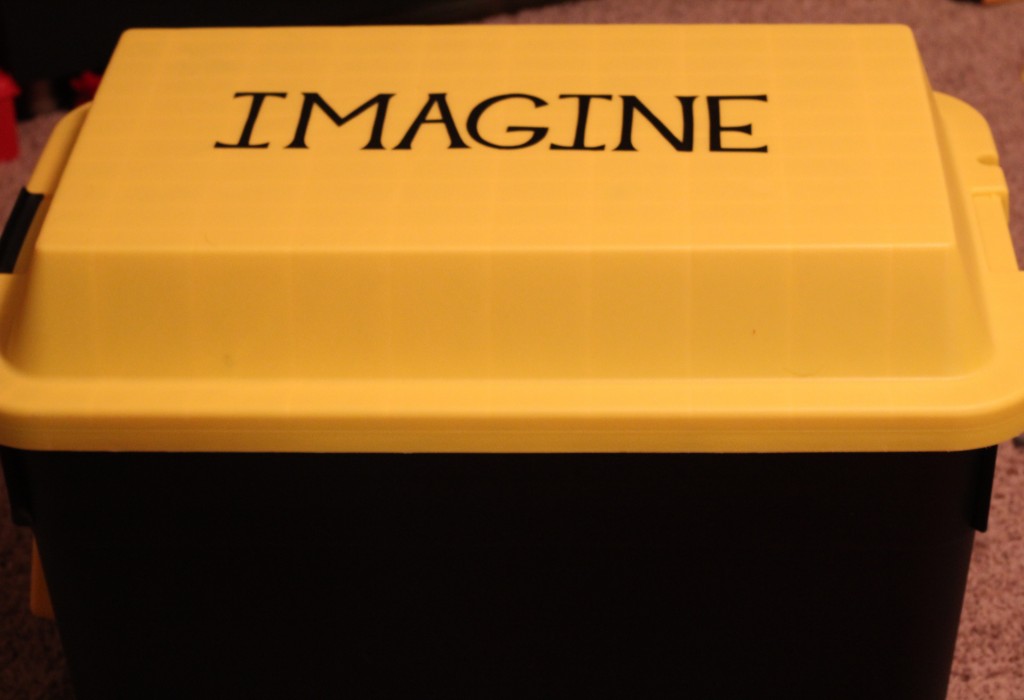 I didn’t have to do much! 😉 In looking for the right storage bin, I wanted something that wasn’t clear and that Big Brother could actually open on his own (some of the bins the kids can’t open–which of course is great for some things, but for this I wanted him to be able to open it). And, then, we found  this bin at Lowe’s! 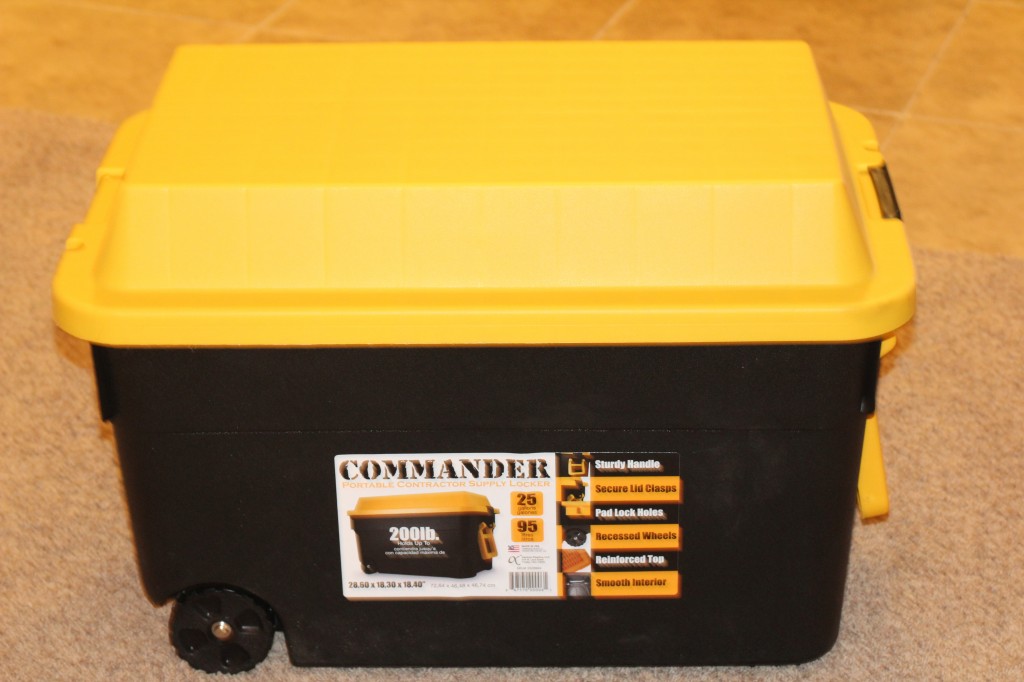 At under $25, it was PERFECT! Easy to open, sort of “boy” colors, large enough to store a lot of dress-up items, and something functional that we can use for other purposes down the road! A great find!

As for the items to put in it, after Halloween I checked out some of the clearance costumes and scored these fun things (plus Daddy’s old Superman cape handed down from Grandma 🙂 ): 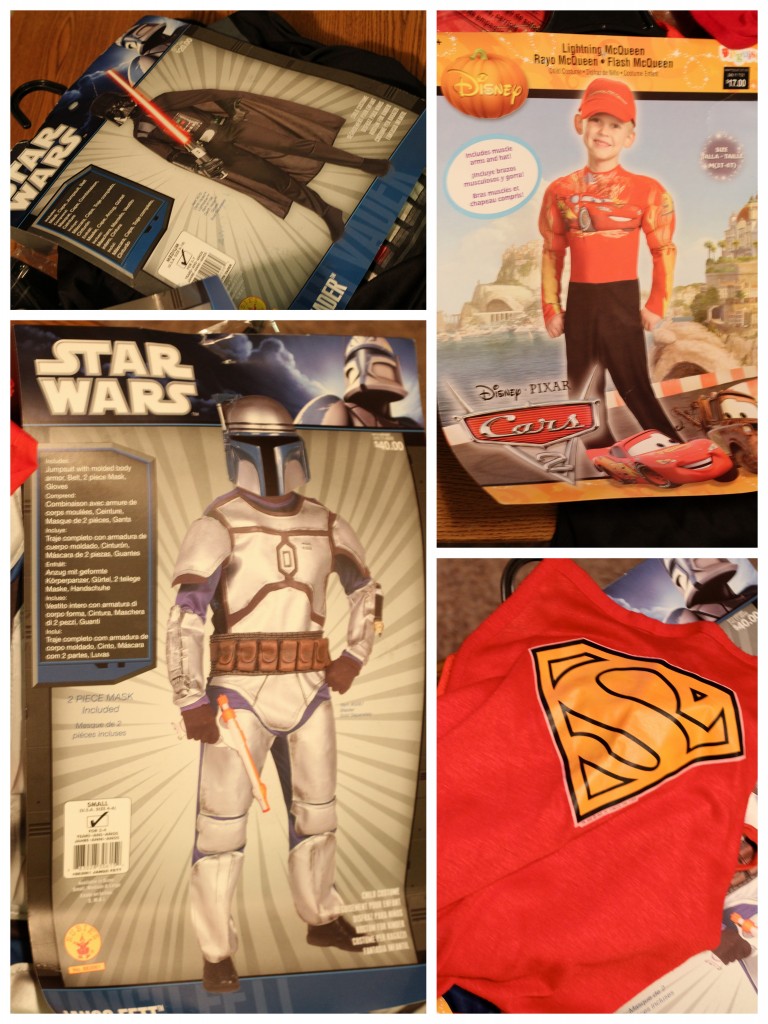 He is going to lose his little mind when he sees the Star Wars costumes!!! We can’t wait! And, because the storage bin is so large, there is plenty of room for all of that, plus some of the dress-up stuff we already have. Here’s what he’ll see when he opens to bin: 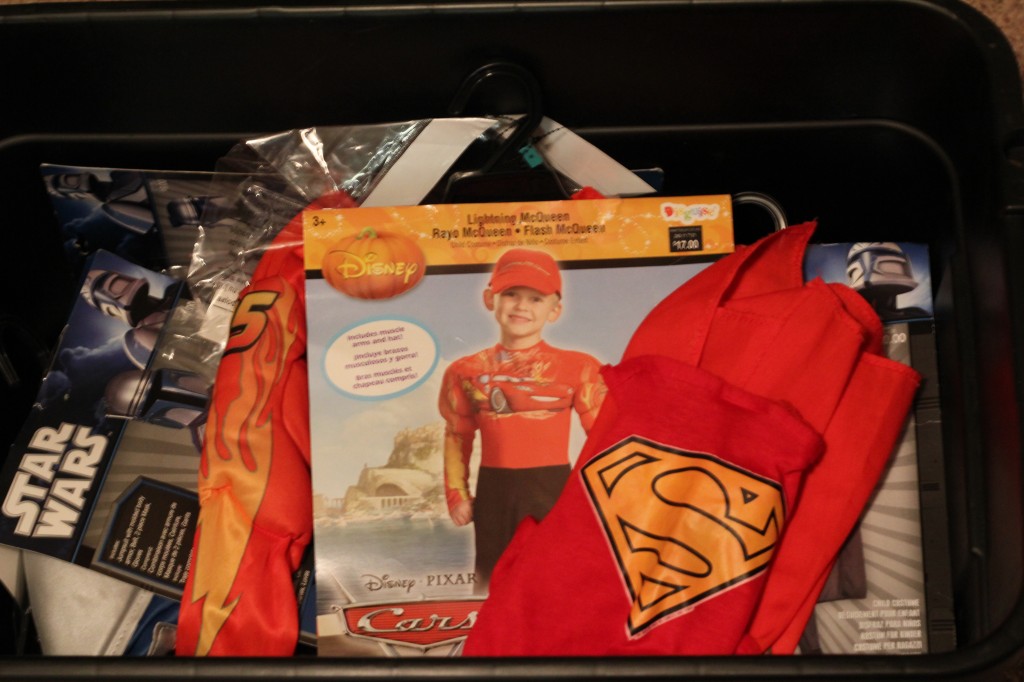 As for sprucing it up/decorating it a bit, I didn’t want to do anything that was permanent. Since the bin is so functional I wanted to keep our options for it open. But, I also didn’t want to leave it as is. Enter, vinyl. I’ve seen SO many vinyl projects out there, but hadn’t tried one. Seriously, I have no idea what I’ve been thinking. It was AWESOME. I cut out the vinyl letters on my Cricut and within just a few minutes had “imagine” written on the top of the bin–in a manner that looks really nice, but isn’t permanent. And around the rim on the other side, I put his name!

Although it’s nothing fancy, it’s functional & perfect for what we wanted! Now, we just can’t wait to see the look on his face Christmas morning when he sees what’s inside! 🙂

Special thanks to Lowes who provided me with a gift card to purchase my toy box supplies and also donated $100 to the charity of my choice-Make-A-Wish Foundation! #LowesCreator

Linked to: *Get Your Craft On