A big thank you to Disney Junior for sponsoring our fun Lion Guard inspired treat idea! Whip up some this tasty “grubs in mud” treat and tune into The Lion Guard on Disney Junior this summer for some FRiYAY fun! 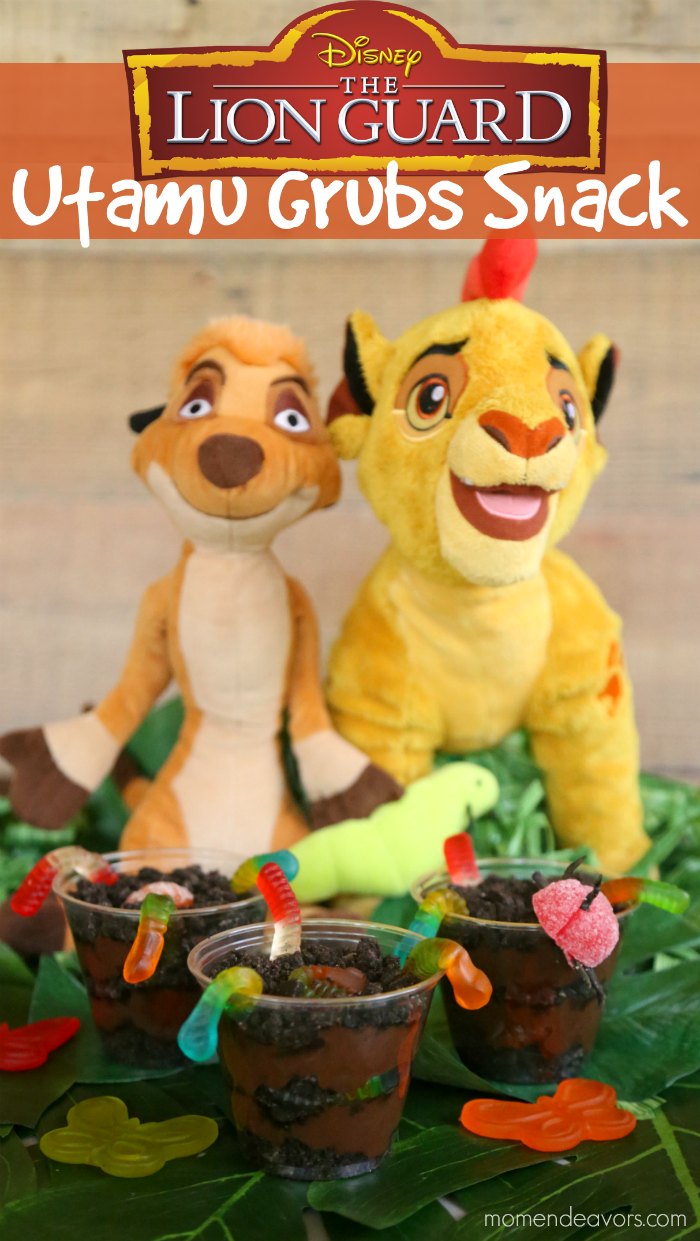 After sharing our Elena of Avalor fun flying jaquin churro popcorn and Mickey and the Roadster Racers stoplight brownie treats, it’s no secret that we love Disney Junior! The boys love so many of Disney Junior shows, but our absolute favorite is The Lion Guard. I vividly remember when The Lion King hit theaters. I LOVED it! The animals, the story, the music – it’s so good! And the same applies now to The Lion Guard. We love the characters! And if there is one thing that many of animals in the Pride Lands love to eat, it’s grubs! 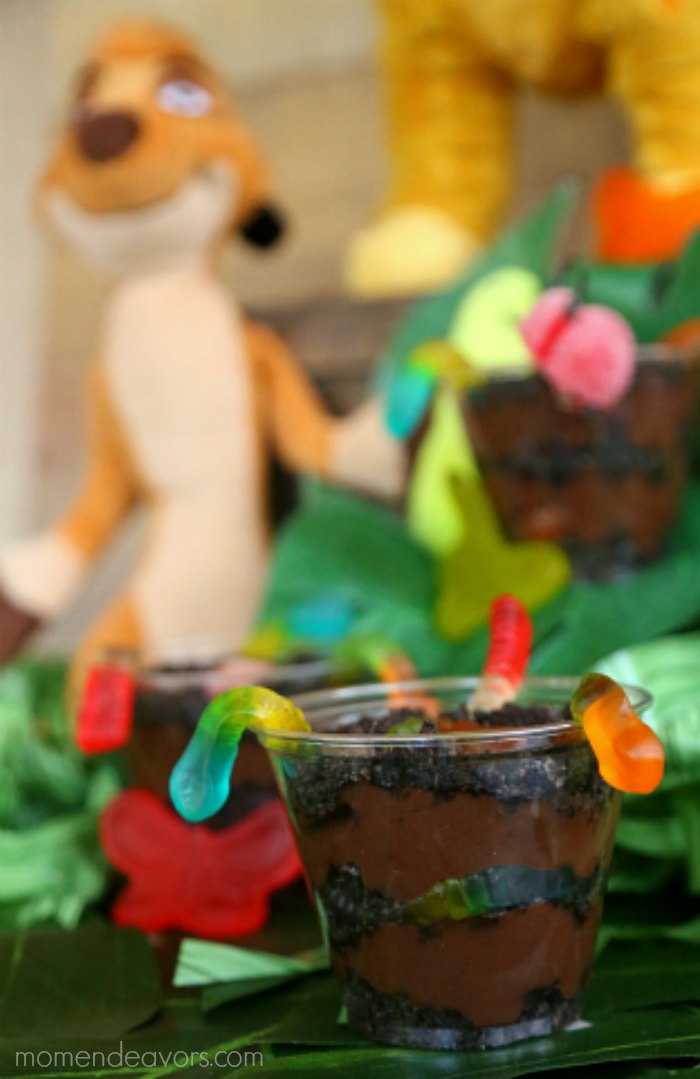 Specifically, the crowd favorite is Utamu grubs! The boys loved that episode. So, I thought our own little grub snack would be perfect for some special summer fun while we watch the show! It’s SOOO easy to make and the boys loved it! The “dirt” looks pretty realistic too! 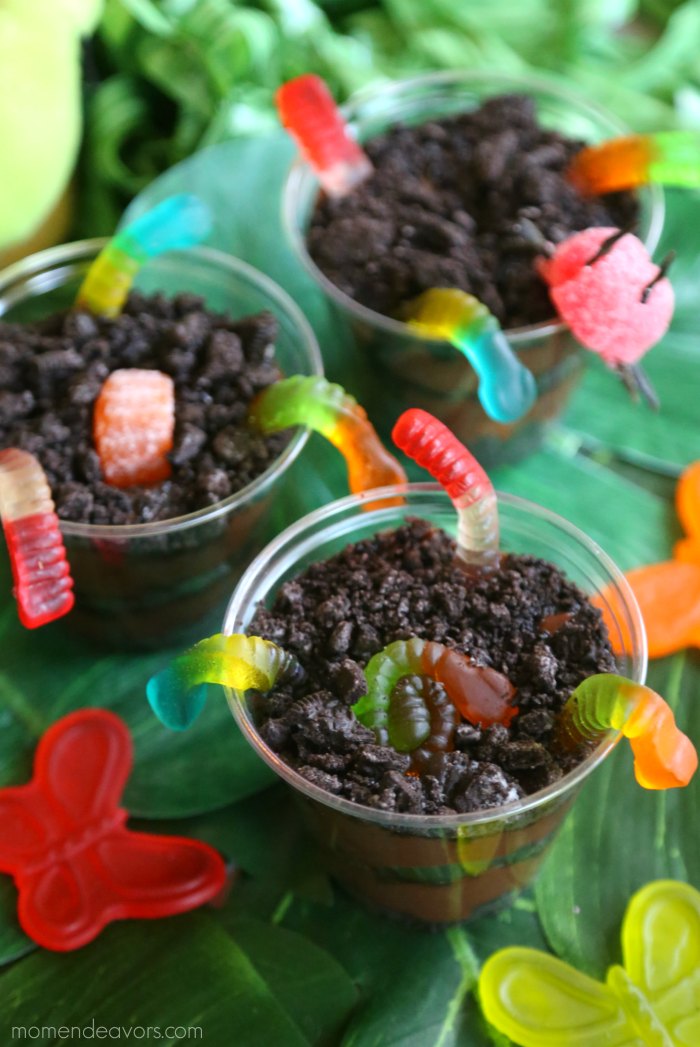 Here’s how to make your own “grubs in dirt” treat… 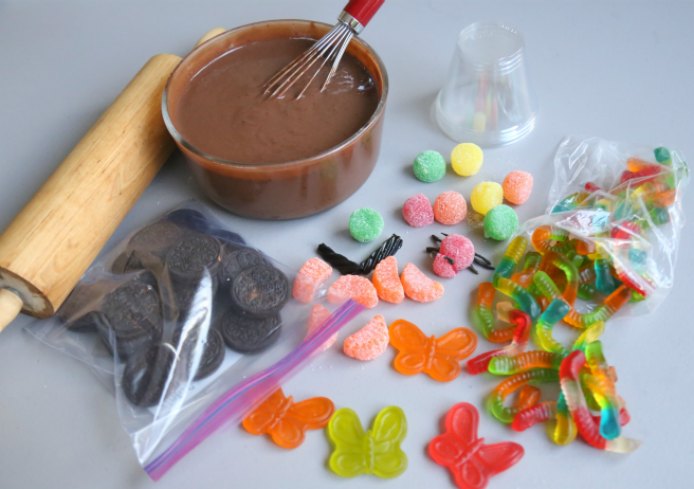 You’ll start by making your pudding and preparing the cookies. To get the dirt look, place cookies in a baggie and smash them up. Once the cookies are crushed, you’re ready to start building the treat cups. Start with a little layer of “dirt” (crushed cookies) on the bottom. Then add in a few “grub candies”. Top with a layer of “mud” (chocolate pudding). Continue layering until you reach the top of the cup. Add any additional candies to get desired look!

That’s it! SO easy and fun! 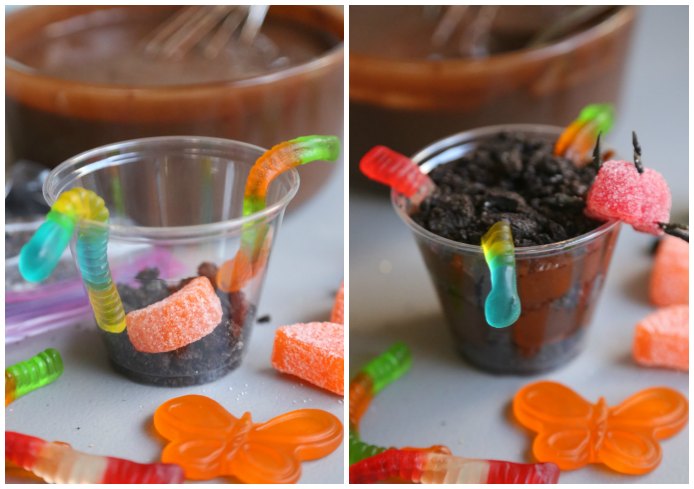 If you want, you can even make some beetle-looking bugs with gum drops! My boys LOVED this! I used some cut black licorice to make legs and antennae. Then I cut a slit in the back (which looks sort of like beetle wings that way) to attach it to the lip of the cup. So fun! 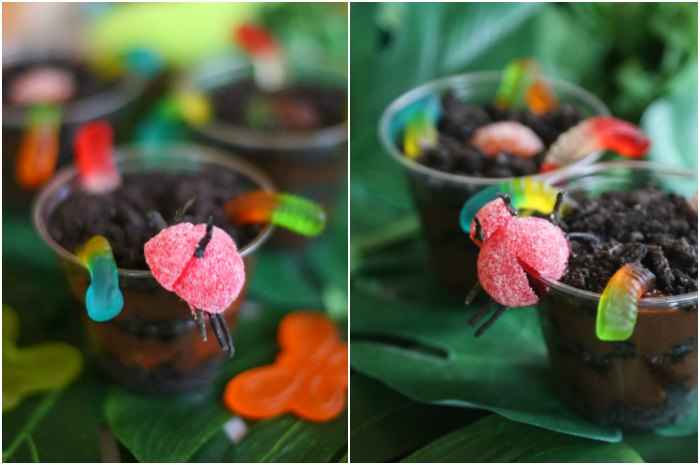 Then you can slurp them right up just like our Lion Guard friends! Baby Brother quite enjoyed his grub snack! It’s a great way to have some summer fun! 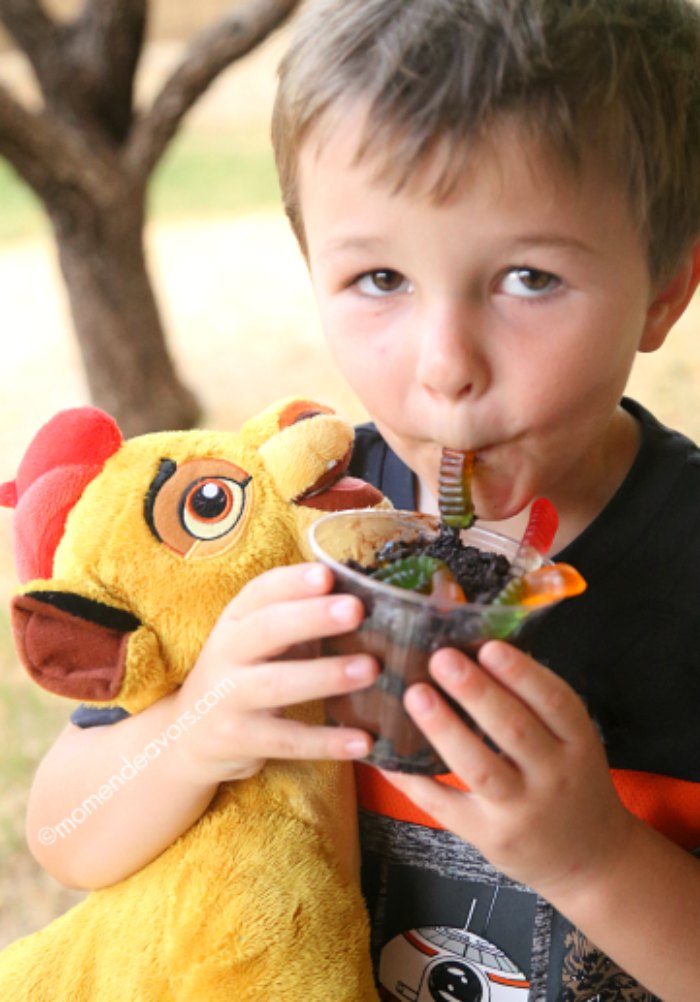 New Disney Junior episodes premiere each “FRiYAY” morning this summer on the Disney Channel between 6am and 10am. Be sure to tune into the next new episode of The Lion Guard on August 11th with “Ono & The Egg”. Ono grudgingly hatches and fosters a cuckoo egg left in his nest, then joins forces with the cuckoo mom when the baby is captured by vultures. When a mother cuckoo sees Ono’s bravery with the Lion Guard, she knows he’ll be the perfect guardian for her egg. She leaves the egg in his nest and goes off to better prepare for the baby’s arrival. When Ono and the Guard find the egg, Ono grudgingly agrees to watch it while the Guard tracks down the mother cuckoo. When the egg hatches, Ono has his talons full taking care of the high-spirited baby bird. Though the little cuckoo frazzles Ono at first, by the time the mom comes back Ono has grown attached. But when the baby is scooped up by vultures, Ono and the mom must work together to save the little bird.

I’m sure the kids are going to love it! So, print off some Lion Guard coloring pages or whip up some tasty grub snacks and tune into Disney Junior for your own special summer fun!

Disclosure: This is a sponsored post written by me on behalf of Disney Junior. As always, all opinions, experiences, and love of Disney are entirely my own.