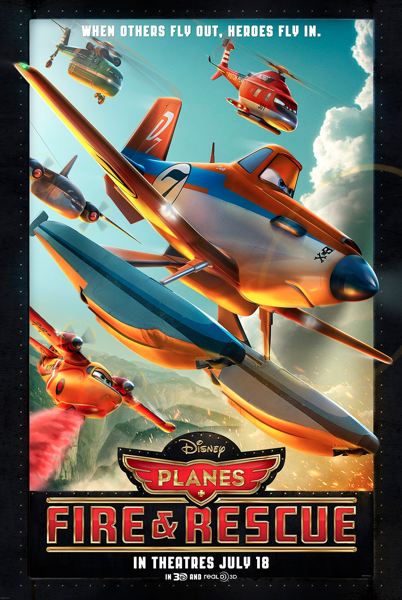 Dusty Crophopper flew back into theaters today (July 18, 2014) starring in Disney Planes: Fire & Rescue. My boys loved Planes and after getting to attend the World Premiere in Hollywood, Dusty & Planes holds a special place in my heart. So, I was thrilled to surprise the boys with a special date to the movie this morning. 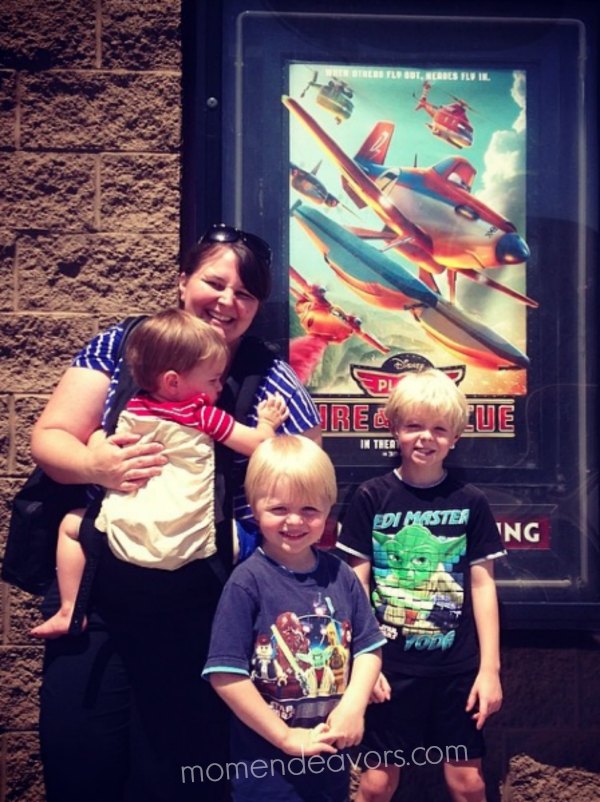 “Planes: Fire & Rescue” is a new comedy-adventure about second chances, featuring a dynamic crew of elite firefighting aircraft devoted to protecting historic Piston Peak National Park from raging wildfire. When world famous air racer Dusty (voice of Dane Cook) learns that his engine is damaged and he may never race again, he must shift gears and is launched into the world of aerial firefighting. Dusty joins forces with veteran fire-and-rescue helicopter Blade Ranger (voice of Ed Harris) and his courageous team, including spirited air tanker Dipper (voice of Julie Bowen), heavy-lift helicopter Windlifter (voice of Wes Studi), ex-military transport Cabbie (voice of Captain Dale Dye) and a lively bunch of brave all-terrain vehicles known as The Smokejumpers. Together, the fearless team battles a massive wildfire and Dusty learns what it takes to become a true hero.

The movie opens with the following dedication, “Dedicated to the courageous firefighters throughout the world who risk their lives to save the lives of others.” One year ago, the state of Arizona suffered the tragic loss of 19 hotshot firefighters during a large wildfire. So, this immediately choked me up.

While the overall morals & general storytelling may be rather conventional & “fit the mold” so to speak, the plot is entirely new. And, the animation is incredible! The sweeping landscapes of Piston Peaks National Park are so well-done. Watching in 3D would only add to this. The fire, water, and red slurry would all just come at you. And, there were a few different scenes where it really looked like a live action film instead of animation.

Given these vivid images and the nature of wildfires, some of the scenes are incredible intense. During a few scenes the boys were genuinely scared & concerned for the well-being of Dusty & his friends. So, the filmmakers did a great job of making the seriousness of wildfires very believable. As a parent, I like that the movie then is almost a bit educational in that regard. Our boys don’t really watch the news. And, I feel like it’s hard for them to grasp the immense gravity of a large fire. In watching this movie, they definitely understand now. 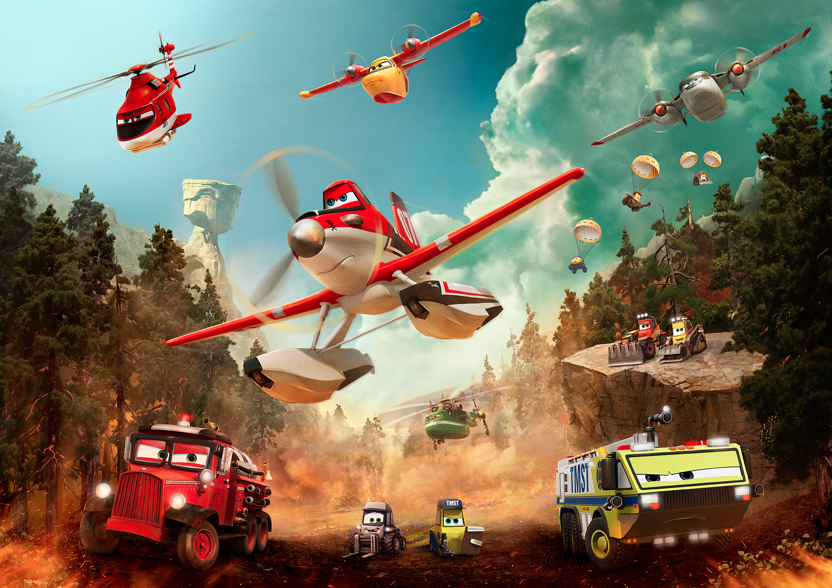 Another thing stand-out about this movie (especially compared to the first) is all the different vehicles. There were planes (obviously), helicopters, trucks, cars, tractors, ATVs, RVs, trains–really, almost any vehicle you could think of. It really was fun to see all the different modes of transportation – the boys loved it!

We all really enjoyed the movie. In fact, I think Planes: Fire & Rescue is one few films where the sequel is actually better than the original! It’s a great family-friendly movie (with a lot of important topics that you can have meaningful discussion about).  And if you have any little ones who love vehicles, planes, or firefighters, then this movie will be an especially big hit!

Are you excited for Planes: Fire & Rescue?!

For more from Planes Fire & Rescue, you can follow on social media here: