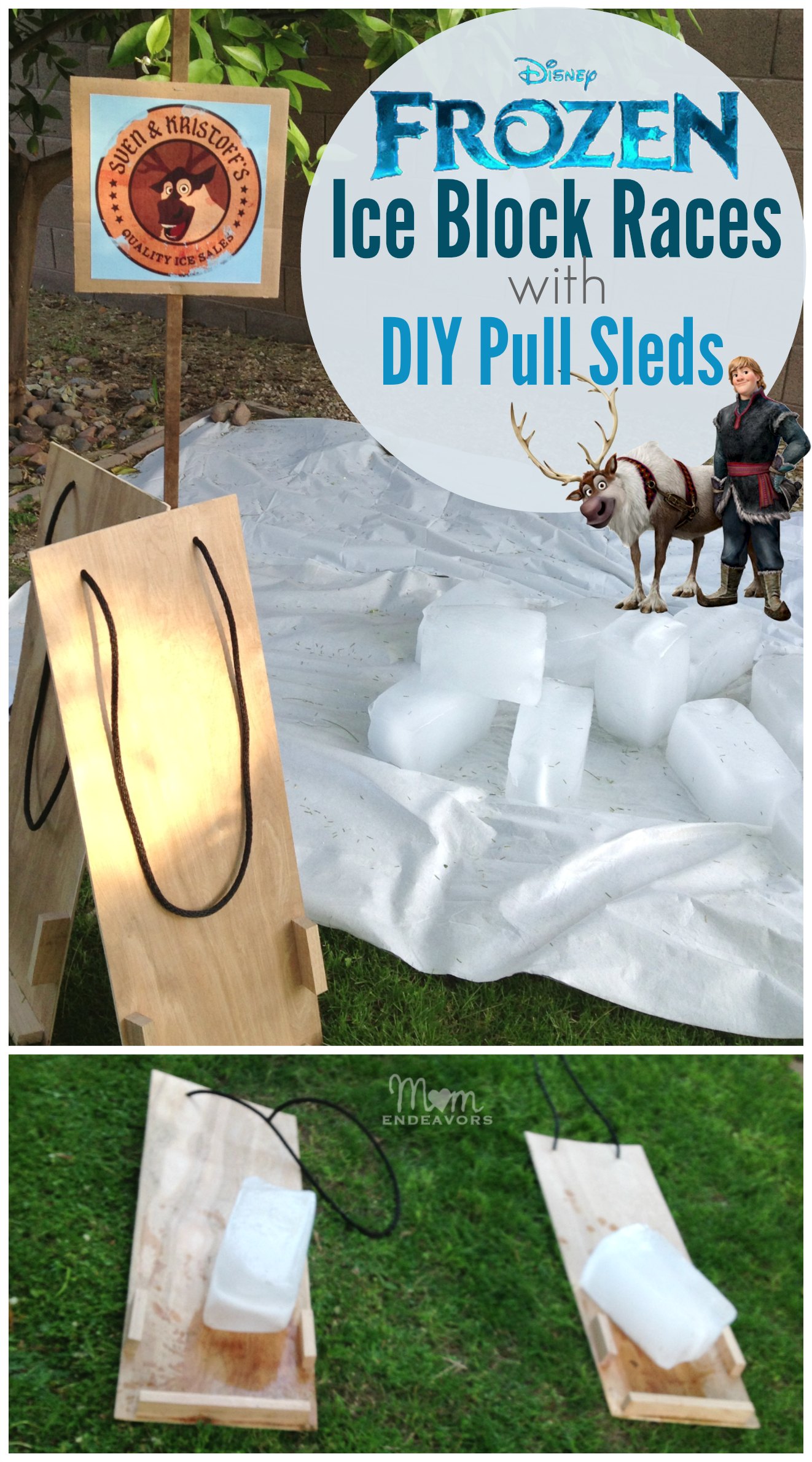 I’m finally sharing the details of our “Sven & Kristoff” ice block races from the boys’ FROZEN birthday party! The ice blocks were such a hit at the party and wasn’t too hard to put together at all! I’ve received quite a few comments & emails about this Frozen fun activity, so here’s the scoop… 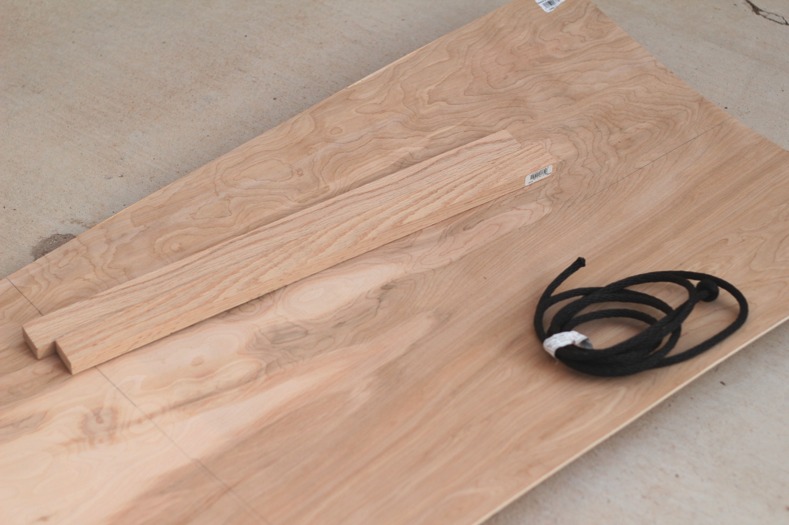 We started by making some very simplistic pull sleds. To make them, you just need a few simple supplies (we picked all of it up at Lowe’s).

Mr. Mom Endeavors cut the wood so we had two rectangular planks. Then, he cut the small oak boards so we had some stoppers along the bottom & the sides. Those were just screwed in from the back. Then, at the top, we drilled two holes just big enough to get the rope through. Knot the rope on the back to create to large pulls and you’re done! 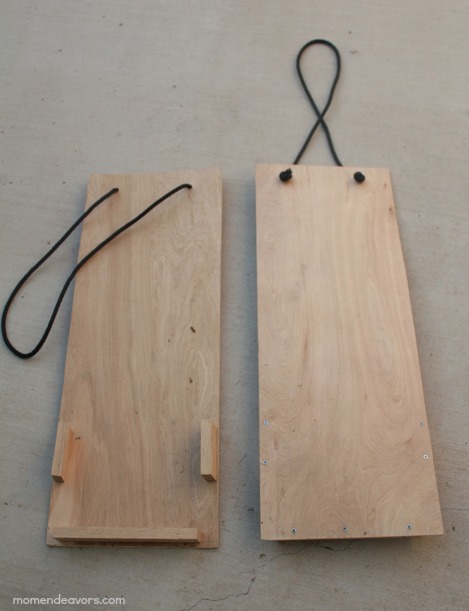 We got ice blocks from a local Water ‘n Ice store. Try looking up ice companies in your area to see who sells them. We actually used to get them in my high school days to go “ice blocking”. So, you can find them sold typically at quite a few places that sell ice – usually for $2 or less per block. We bought 10 blocks & brought them home in ice chests about 1 hour before the party. The ice blocks take around 24 hours to freeze, so they don’t melt very quickly. It was over 80 degrees that day and the ice blocks lasted throughout the entire party (multiple hours). There were even some pieces of blocks left the next morning! So, this is an activity that could be done any time of year! 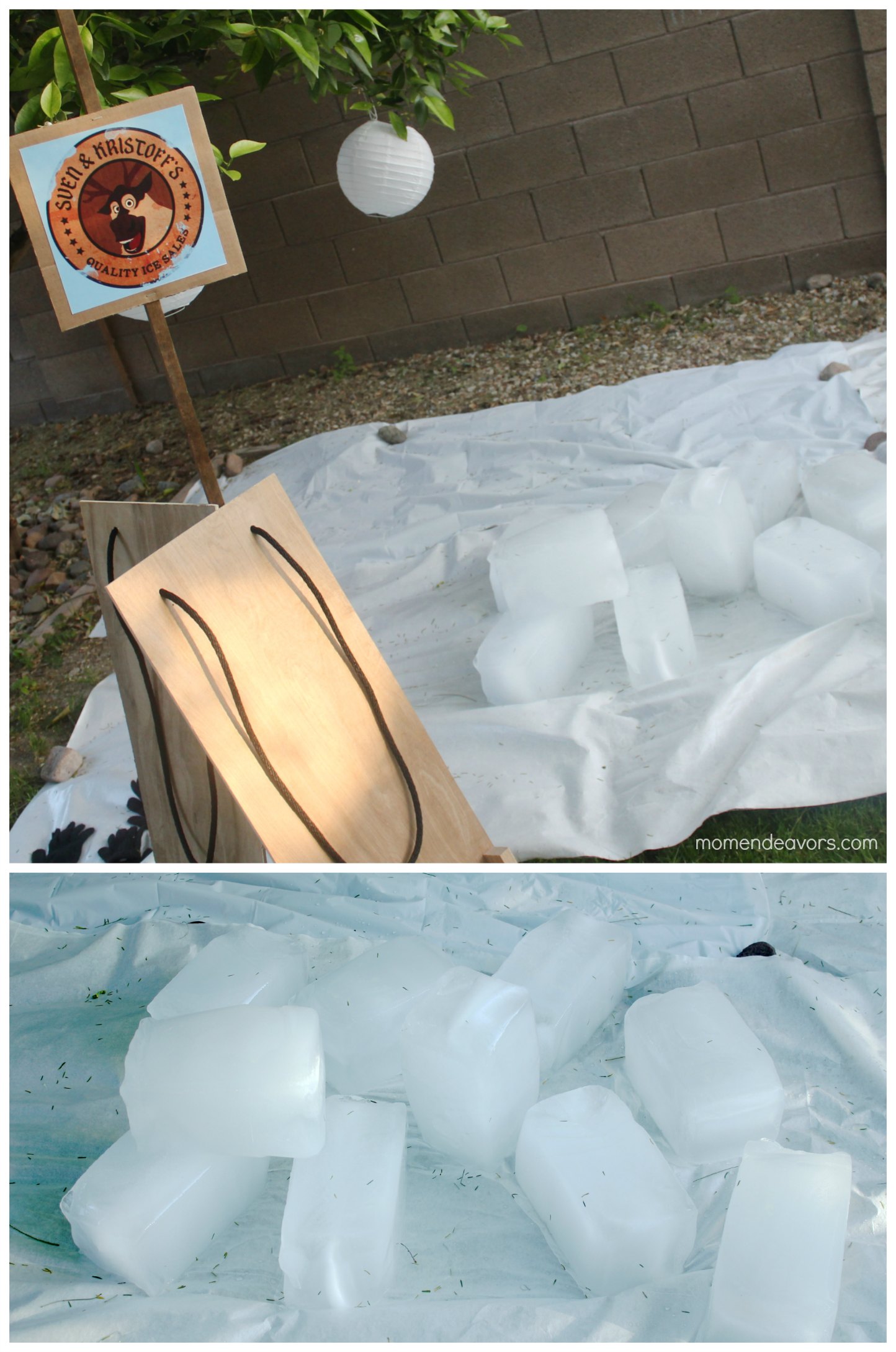 To set the scene, we put down some white tarps and stack the ice blocks there. I found a cute image online that said “Sven & Kristoff’s quality ice sales” that I printed & put on a piece of cardboard. We then attached that to a piece of wood we had left over from the Jake & the Never Land Pirates Party. We stood our little DIY pull sleds up against the sign post and set out some mittens. 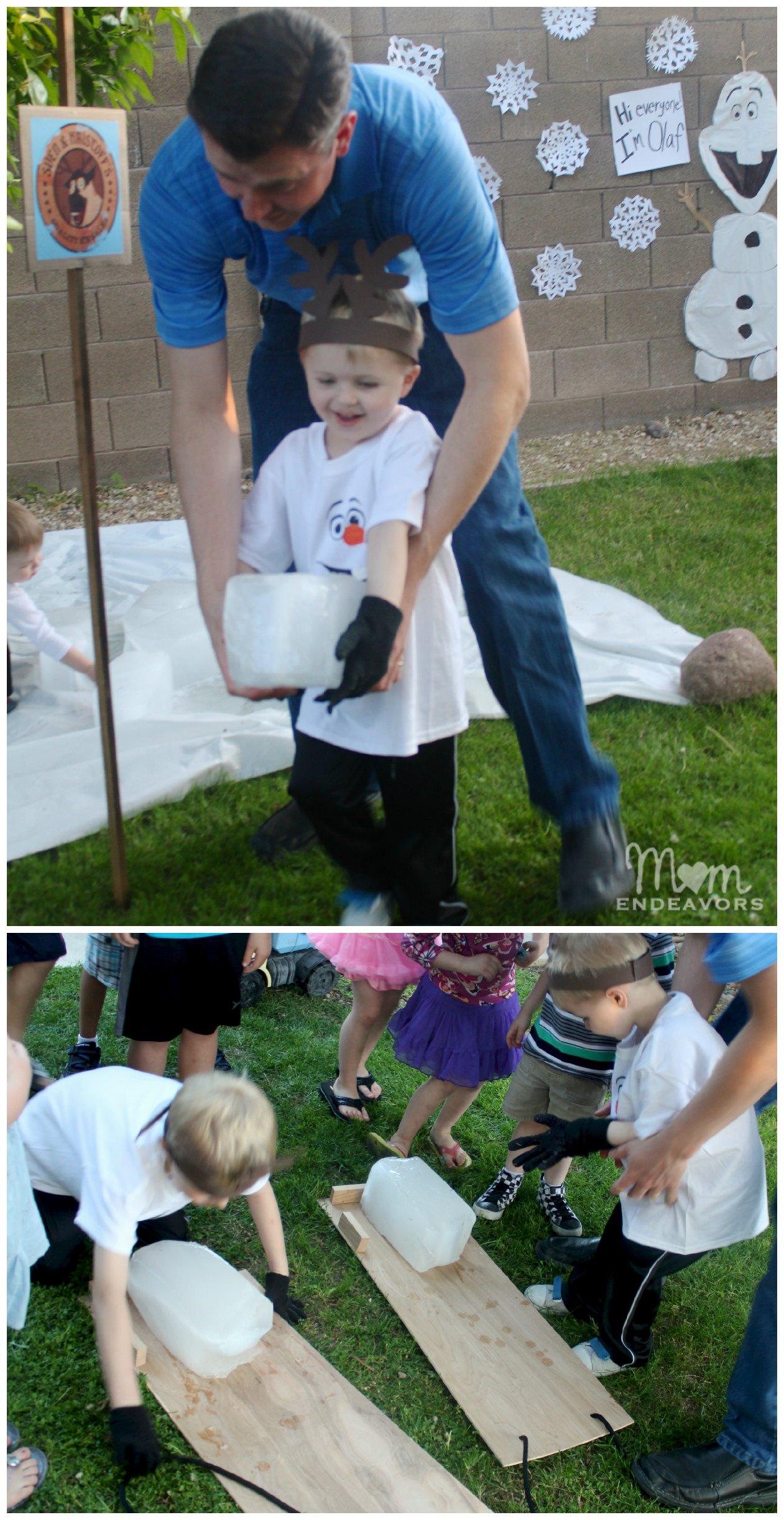 We had the kids divide up into two teams and we helped them carry over the ice blocks to the sleds. Then they had fun racing each other across the yard with the blocks of ice! 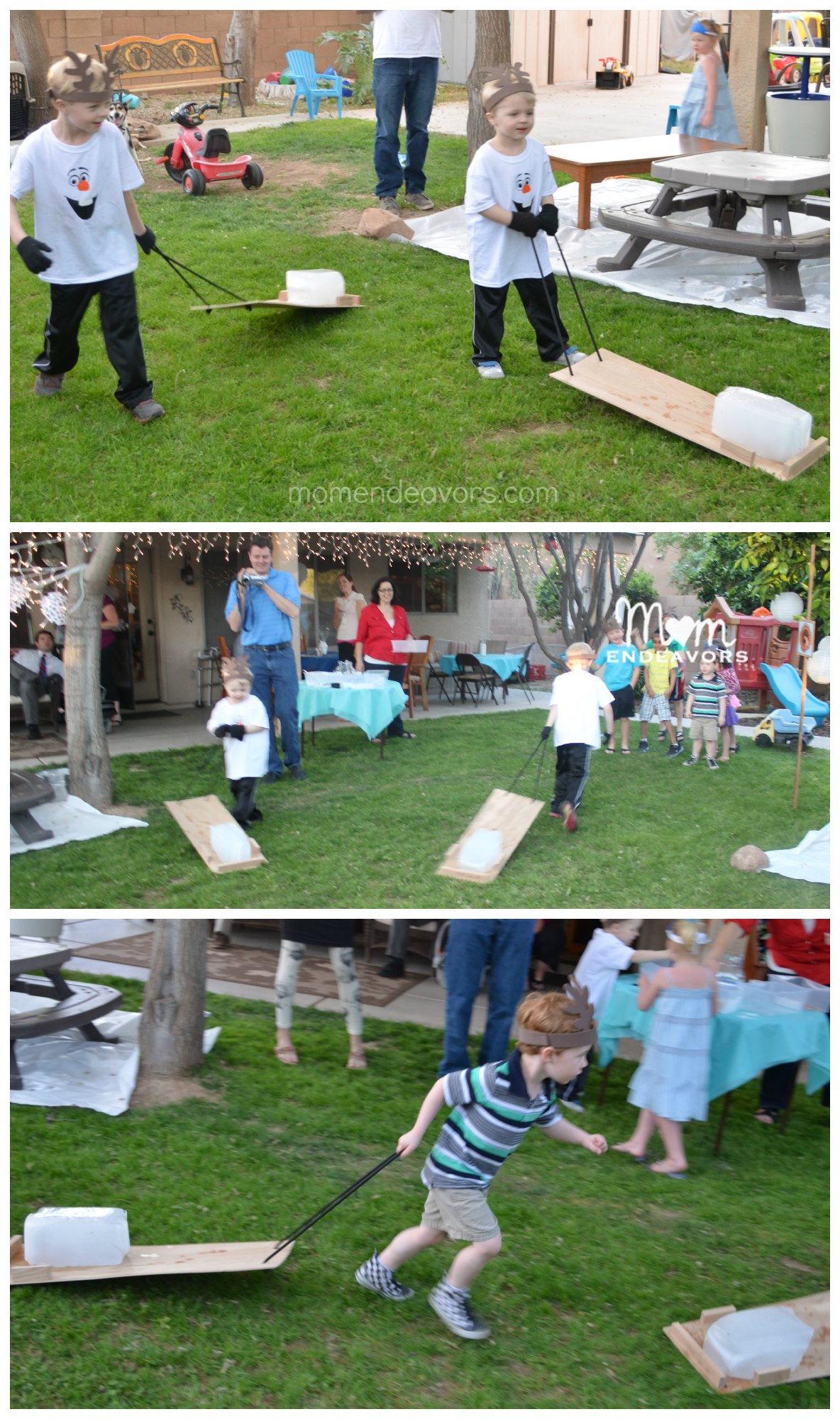 Combine that with our pretend Frozen snow play and we got a taste of the frozen Fjords here in the Arizona desert! Once our races were done, the boys found all kinds of shovels and were singing “Frozen Heart” while pretending to hammer & saw the ice just like at the beginning of the movie! So cute and perfect for a FROZEN birthday party!

For more FROZEN fun & party inspiration, check out these posts: