We’re still here in Nebraska, getting ready to watch what should be a very interesting game against Penn State after this week’s sad events and horrific scandal. But, I don’t want to get into all that. Instead, I thought I’d share a little taste of Game Day in Lincoln. 🙂

Last week, we played Northwestern, and got upset. It was terrible–only the 4th time in 13 years that I’ve seen them lose at home! Boo! But, we still had fun during the day! We drove into Lincoln about 5 hours before kick-off and started things off with some tailgating. YUM! 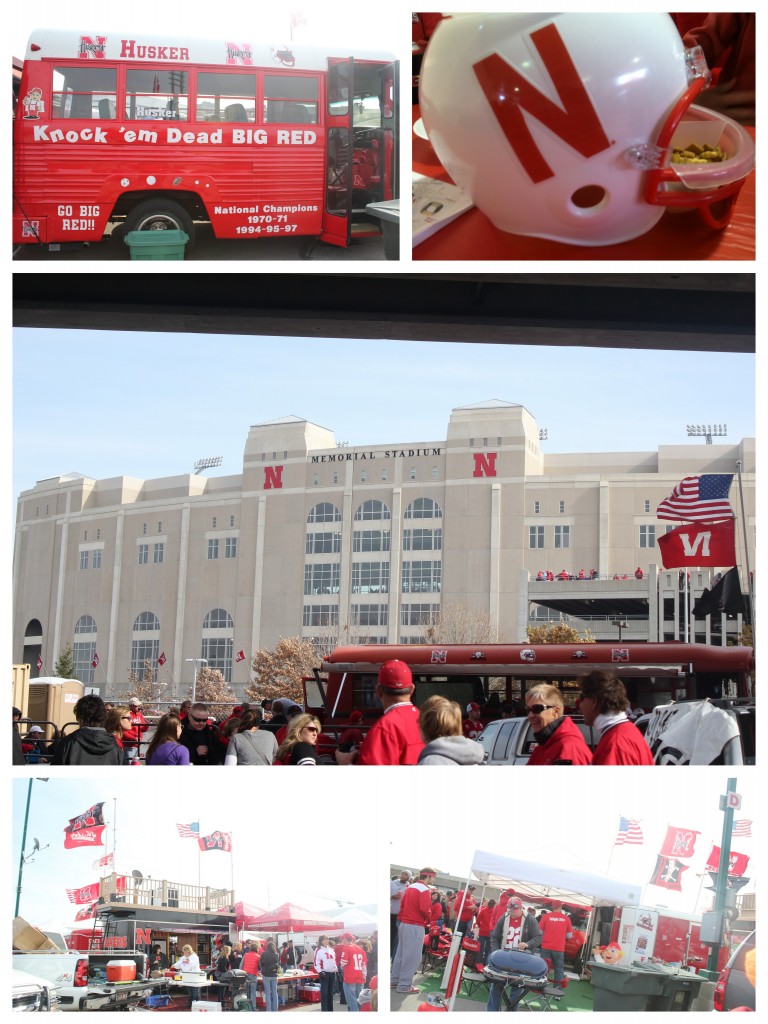 Then, we spent some time walking around campus (for those that don’t know, my husband and I met here our freshman year of college). There’s always a lot  of nostalgia in that for us. Fall was my favorite time in Nebraska, so I loved that there were still gorgeous colored leaves. And, then, we of course, had to go see the band (I was a member of the Cornhusker Marching Band all 4 years) warm-up & give a concert outside the music building! 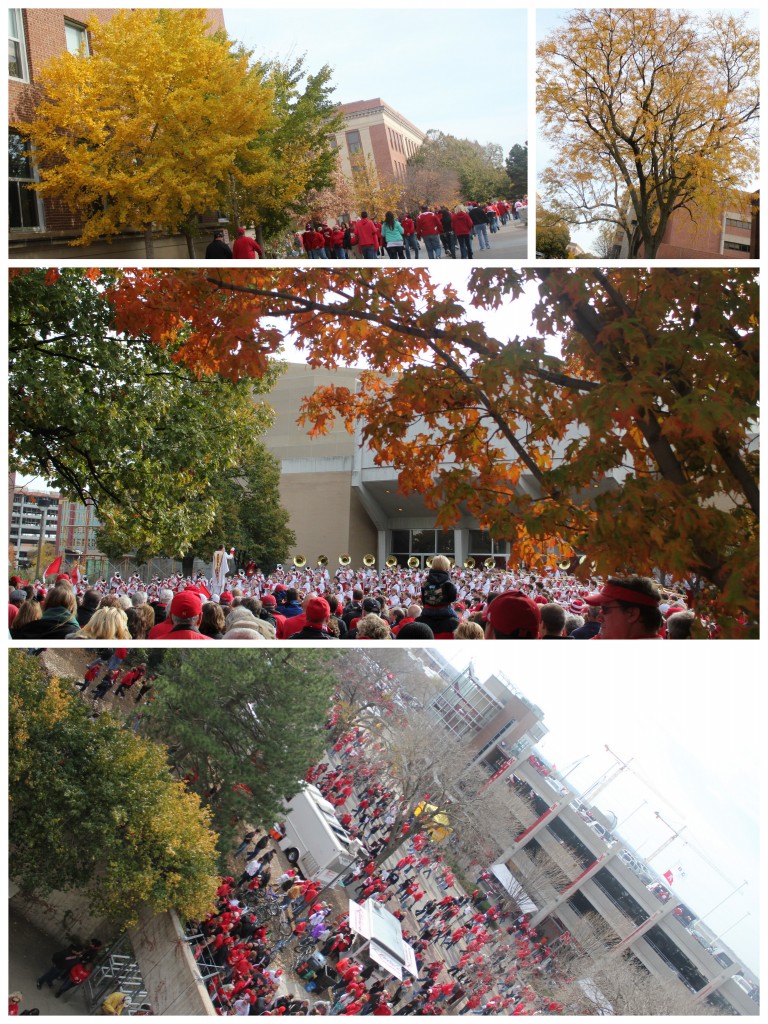 So different from some other schools I’ve been too, this was the scene more than 30 minutes before kick-off. The stadium is almost full! And, here’s a little fun fact, at over 85,000 fans, Memorial Stadium becomes the 3rd largest “city” in Nebraska on game day (3rd to only Omaha and Lincoln)! LOL! 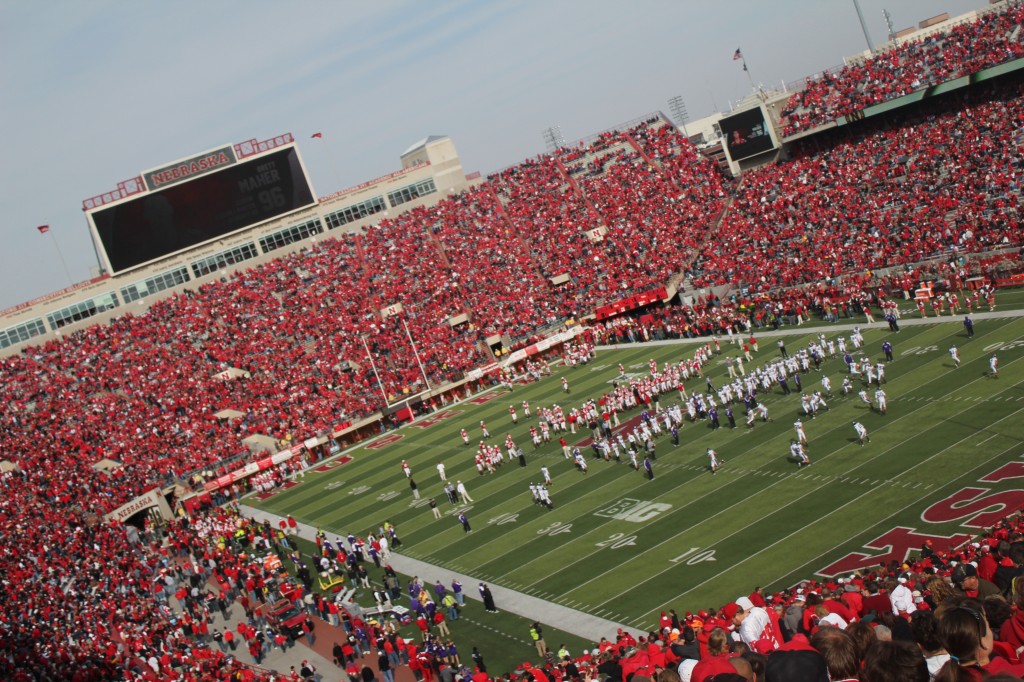 Pre-game is a big deal here. The drumline (of which I was a member of my last 3 years) takes the field first with a percussion solo that then leads the whole band onto the field out of all four corners of the stadium. Then, there’s the traditional pre-game songs and the tunnel walk! So fun! 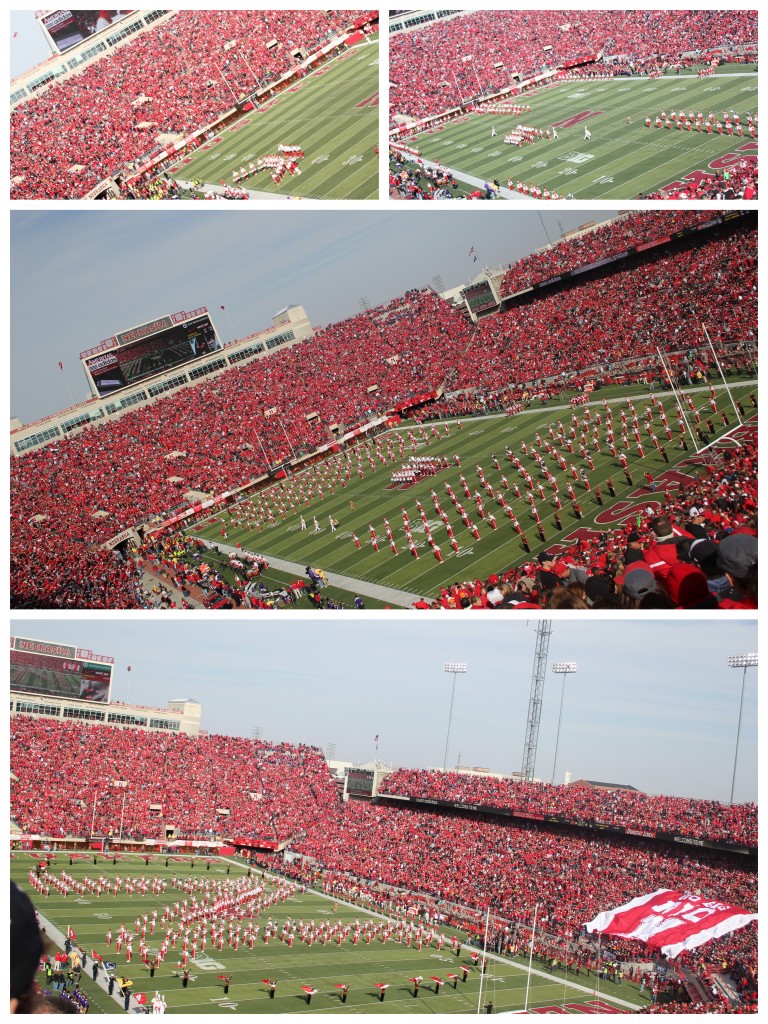 There’s a long-standing tradition of releasing balloons once the Huskers score their first touchdown. Sadly, this time, it took us SO long to score, that fans went ahead and released them after we kicked a field goal. Although probably not the most environmentally-friendly, the scene is always really cool! 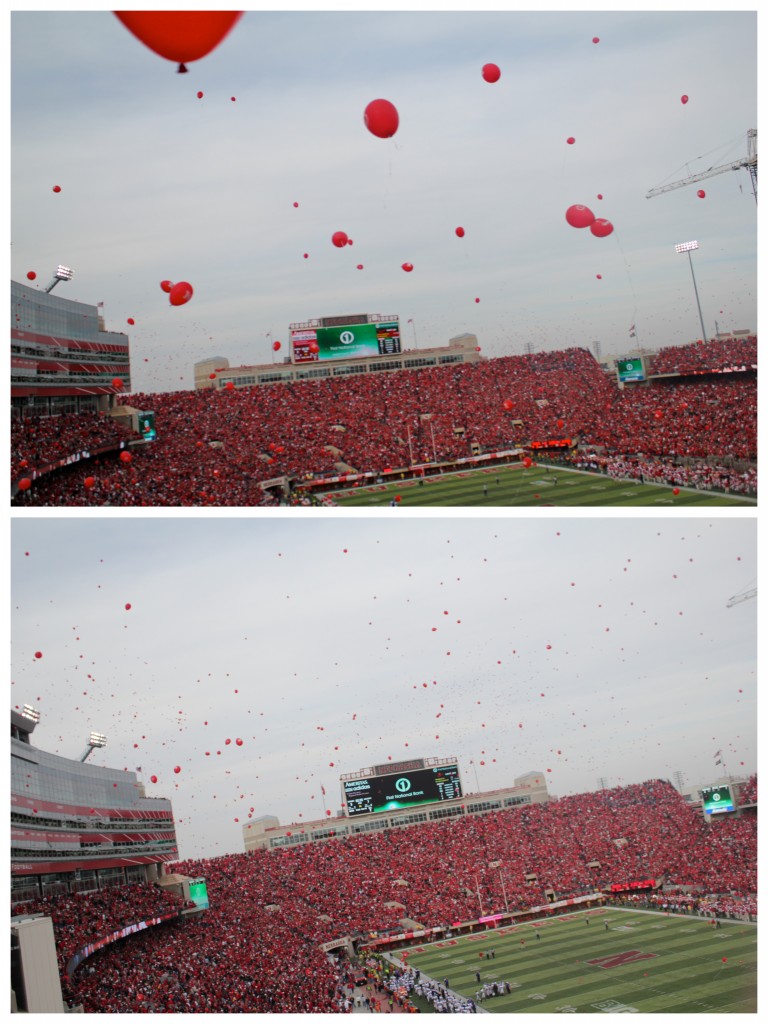 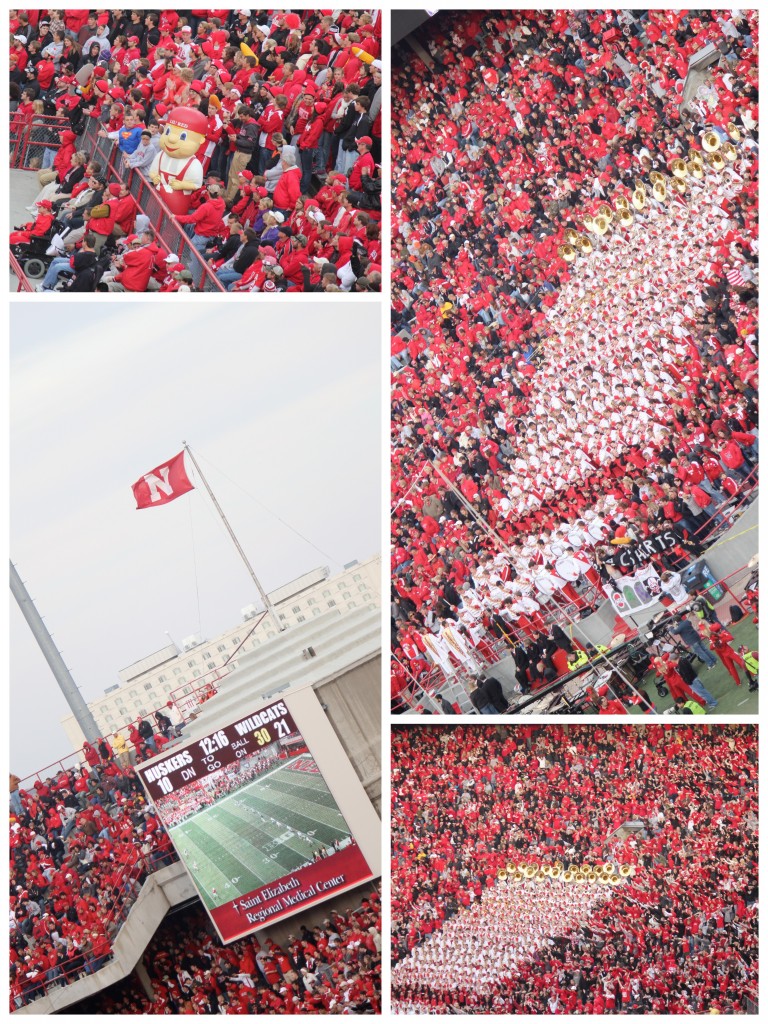 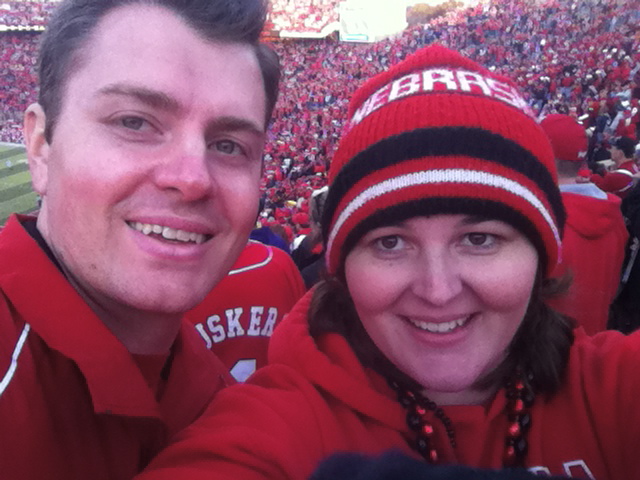 Now, it’s YOUR turn! It’s week 9 of our Col­lege Foot­ball Sat­ur­day Tail­gate link party and I can’t wait to see what you’ve been up to!!