In addition to the set visit to ABC TV’s “The Rookie” that I shared yesterday, we also had the fun opportunity to visit the set of ABC’s “Single Parents” during our #RalphBreakstheInternetEvent press trip! The show airs on Wednesdays at 9:30/8:30c (also streaming now and on demand) and it’s a hilarious look at parenthood– especially single parenthood as the title suggests! Are you watching? Read on to see some fun behind-the-scenes photos from our set visit! 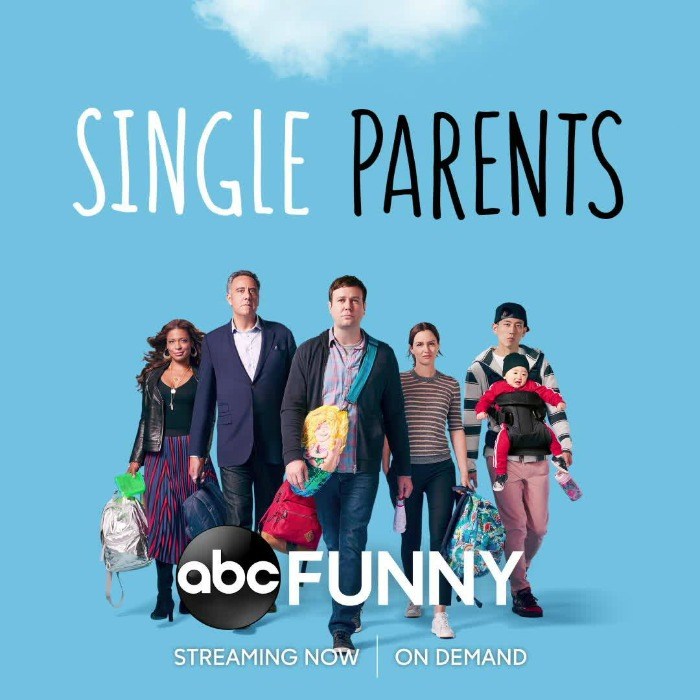 The series stars Taran Killam as Will Cooper, Leighton Meester as Angie D’Amato, Kimrie Lewis as Poppy Banks, Jake Choi as Miggy Park, Marlow Barkley as Sophie Cooper, Tyler Wladis as Graham D’Amato, Devin Trey Campbell as Rory Banks, Mia Allan as Emma Fogerty, Ella Allan as Amy Fogerty and Brad Garrett as Douglas Fogerty. Rebecca Creskoff guest stars as Big Red. This ensemble comedy follows a group of single parents as they lean on each other to help raise their 7-year-old kids and maintain some kind of personal lives outside of parenthood.

The series begins when the group meets Will Cooper, a 30-something guy who’s been so focused on raising his daughter that he’s lost sight of who he is as a man. When the other single parents see just how far down the rabbit hole of PTA, parenting and princesses Will has gone, they band together to get him out in the world and make him realize that being a great parent doesn’t mean sacrificing everything about your own identity.

They were all SO great! I’ll also note that Brad Garrett is SUPER tall! Obviously I knew that from watching him on TV, but meeting him in person confirmed this! 🙂 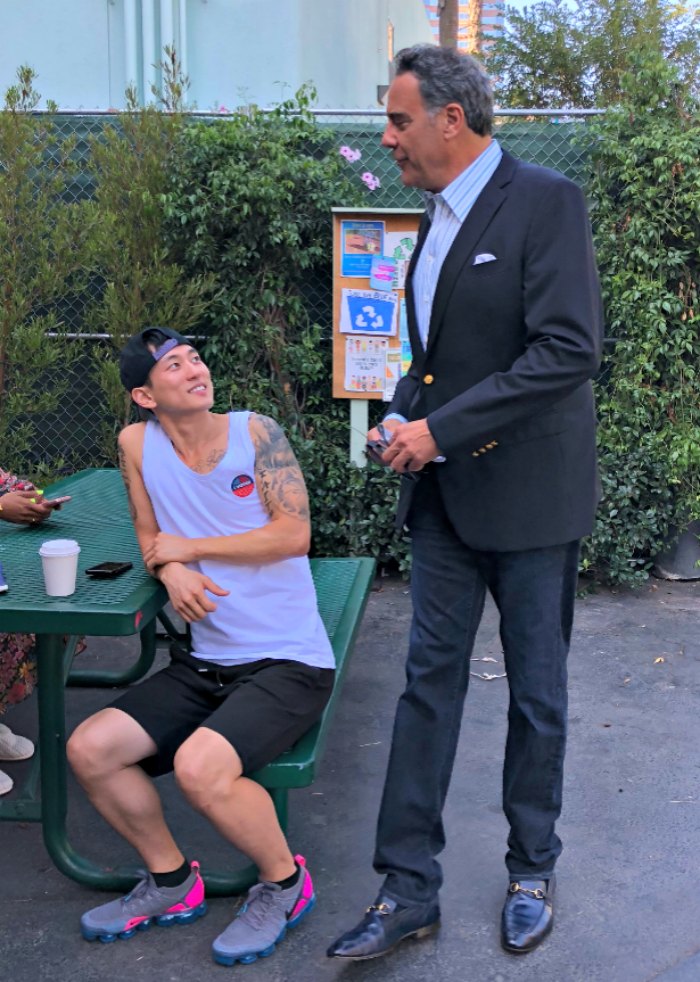 So now, how about a fun photo tour of our set visit?! 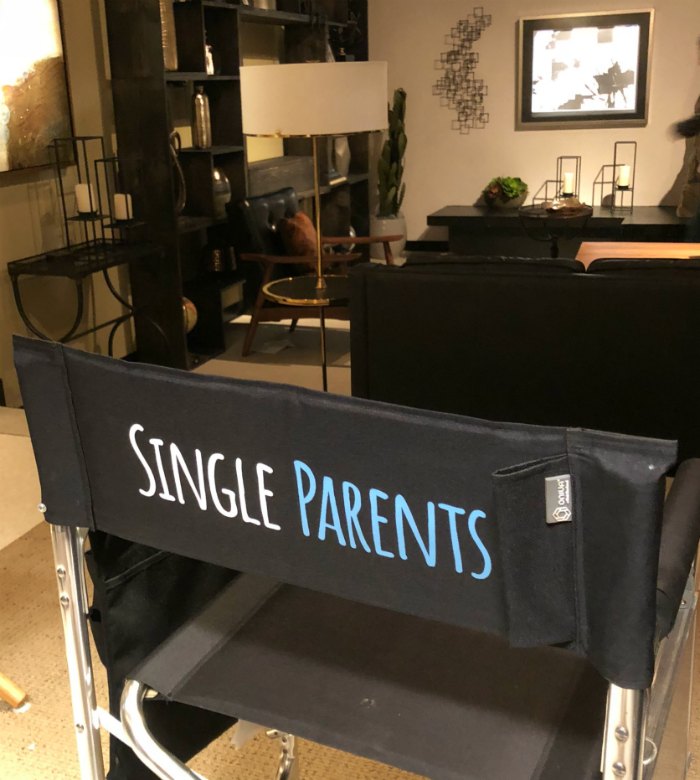 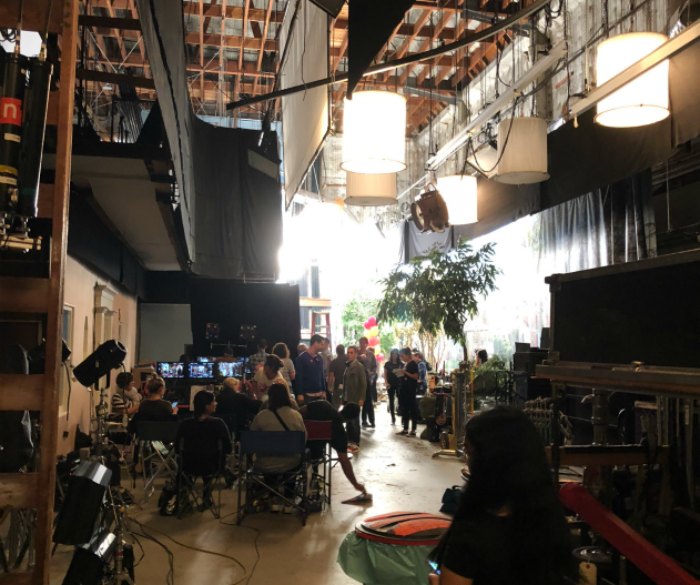 Like I mentioned before, Jason & Jake were GREAT tour guides! They were both SO enthusiastic about the show, which was such a treat! They made me even more excited about watching the show and I LOVE that!!! 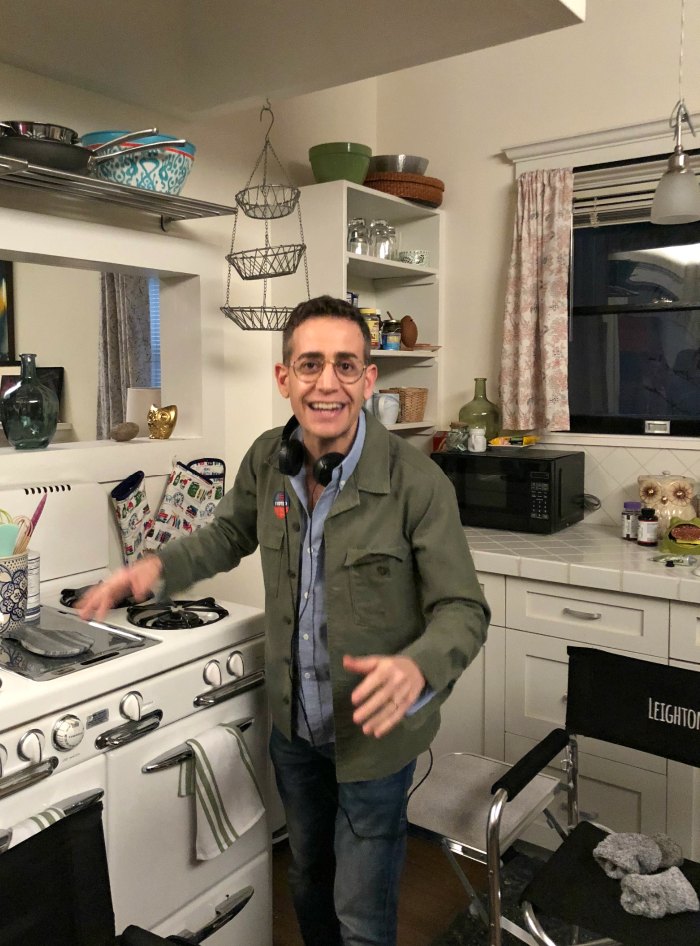 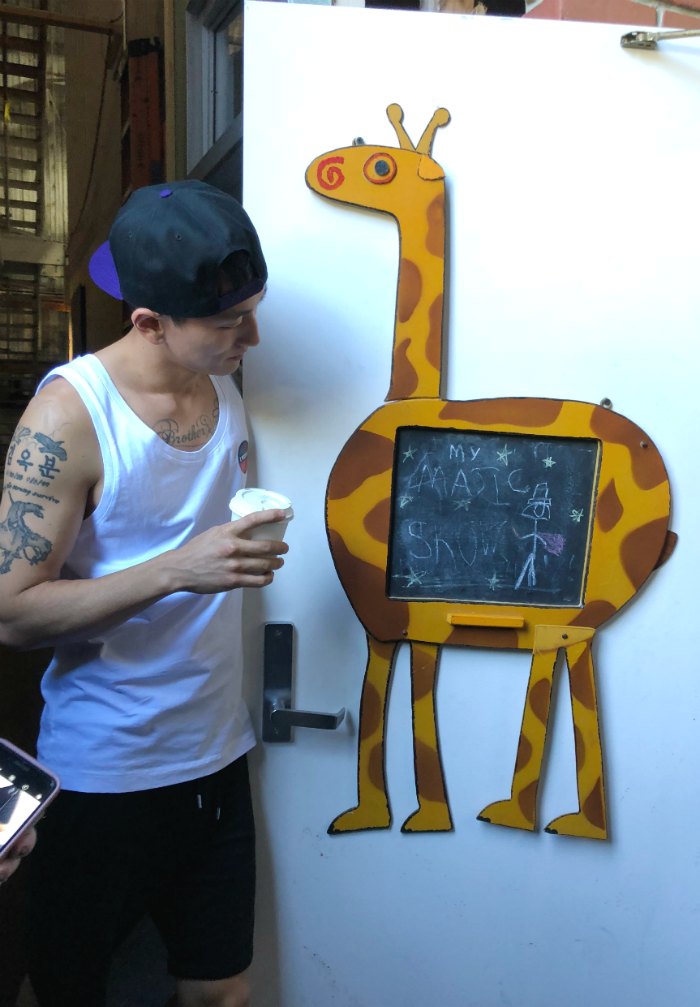 In addition to their enthusiasm and joy about the show, one thing that REALLY stood out was the attention to detail. Each single parents’ house had it’s own style with PERFECT staging to evoke the right feel. The little details (like LEGO bricks on the table, a messy kitchen, a busy/messy girl’s room, etc) are super key in bringing that across in an authentic way, which is clear that Jason and the crew gets! 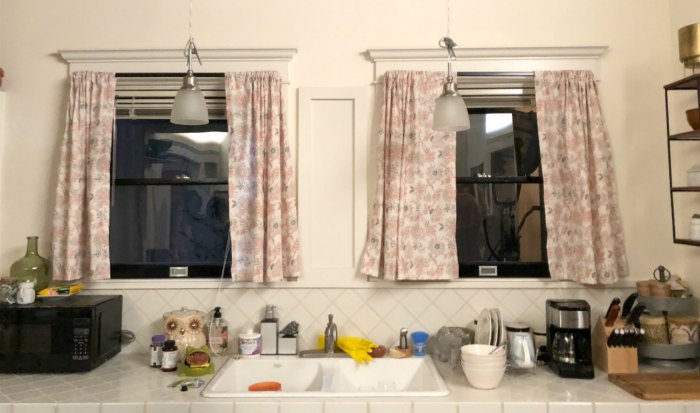 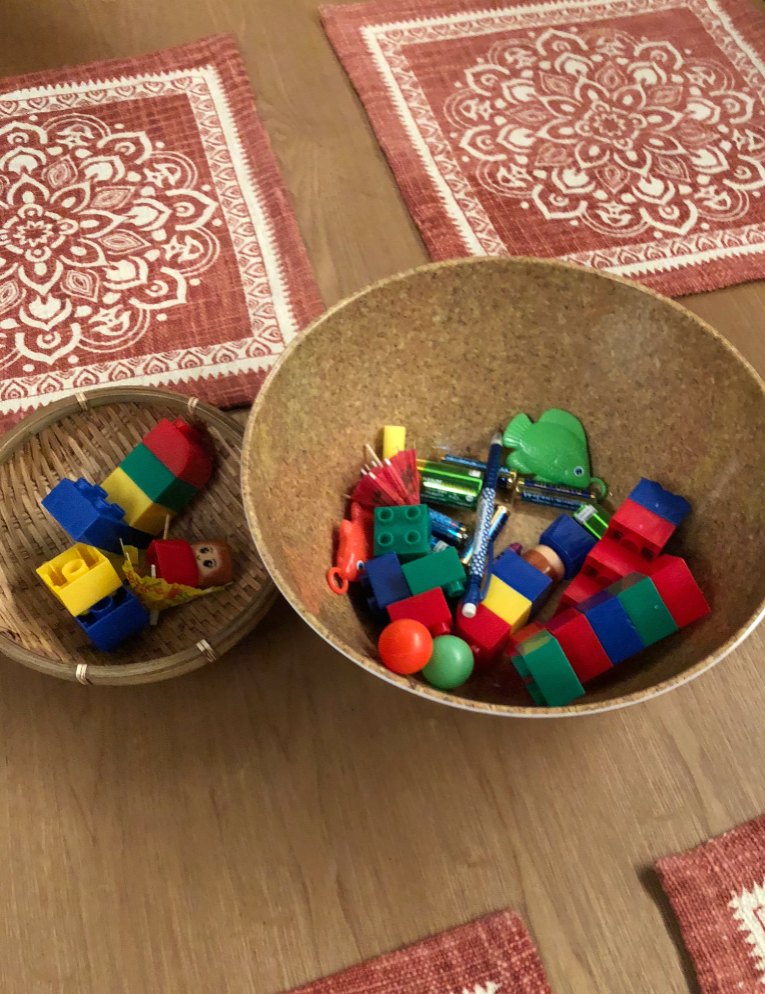 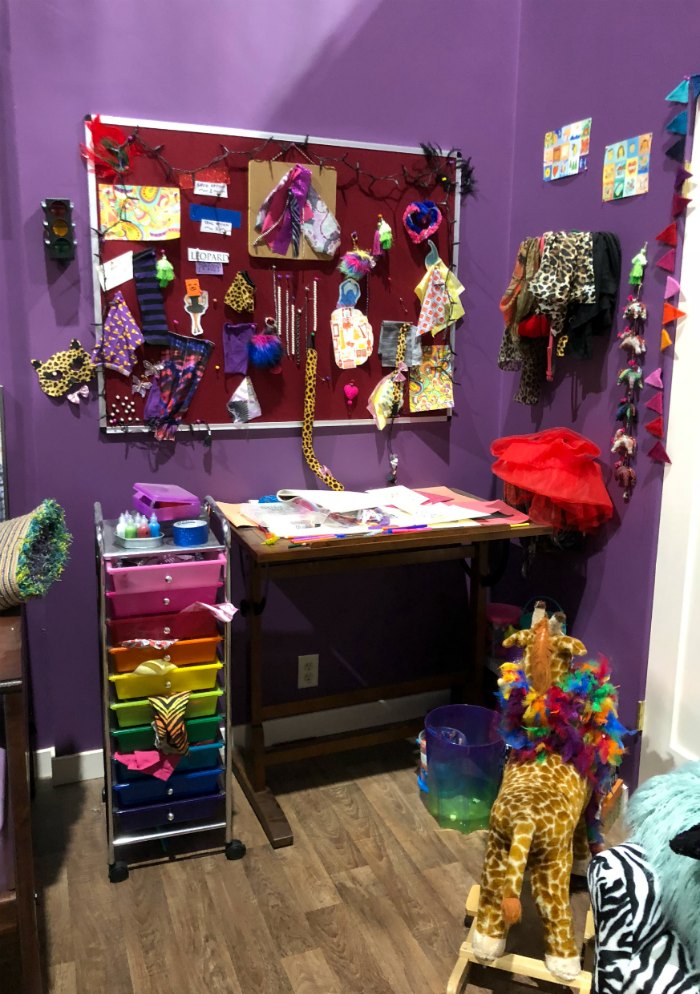 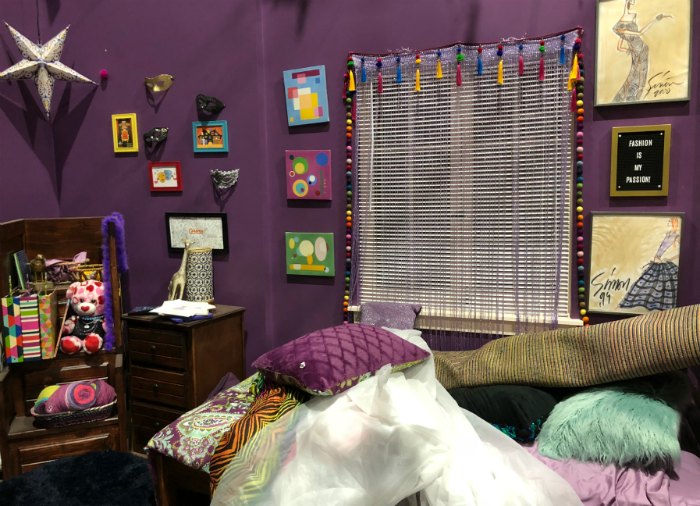 We also got to visit the “Winebrary”! I think every town needs a wine-brary, don’t you?!?! Such a fun concept! 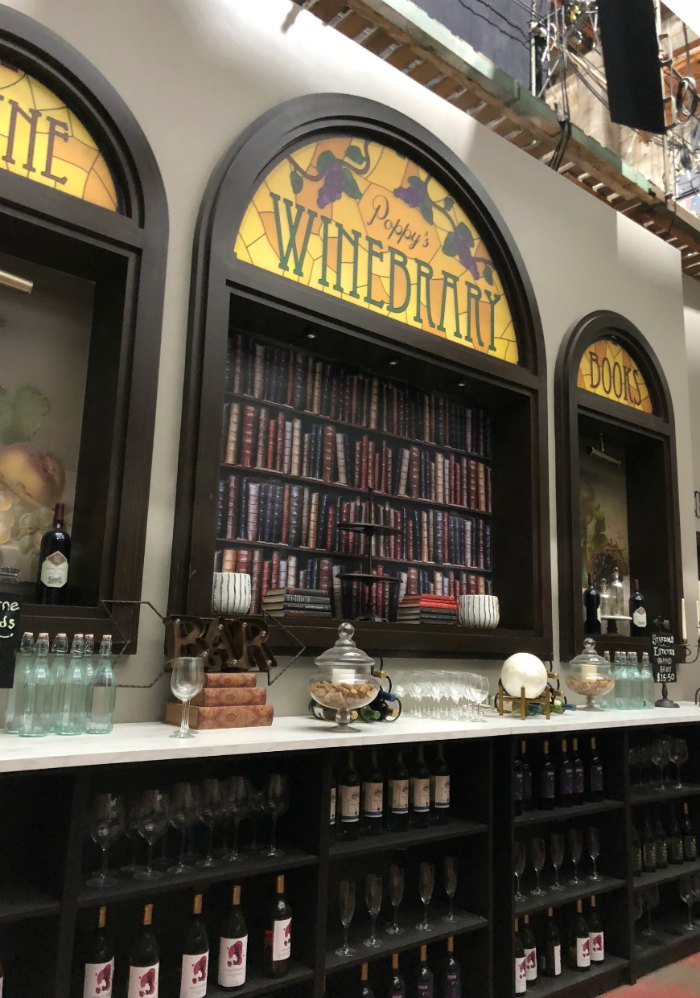 It was a whirlwind of a tour, but so much fun! Thanks to Jake and the Single Parents crew for showing us around! 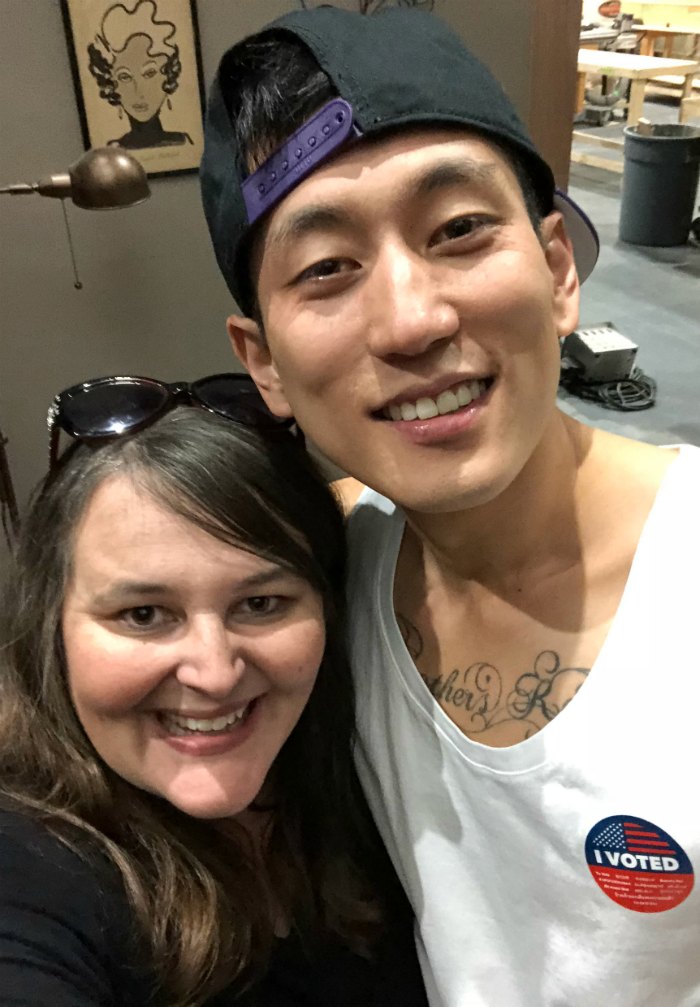 “The Beast” – Will encourages Angie to rediscover her passion for heavy metal music by taking a guitar class, and in turn, Angie insists that Will get back in the field covering weather by driving both of them into a storm. Meanwhile, the rest of the gang explore their romantic passions as Douglas pursues his crush on Big Red with the help of Miggy, and Poppy feels an instant connection with a dreamy musician, on an all-new episode of “Single Parents on The ABC Television Network, streaming and on demand. “The Beast” was written by Lamar Woods and directed by Josh Greenbaum.

Be sure to tune into SINGLE PARENTS on Wednesdays at 9:30|8:30c on ABC (also available streaming and on demand)!