I’m so excited to share this delicious baked apple cinnamon french toast recipe with you today as part of a sponsored campaign with Bays English Muffins! 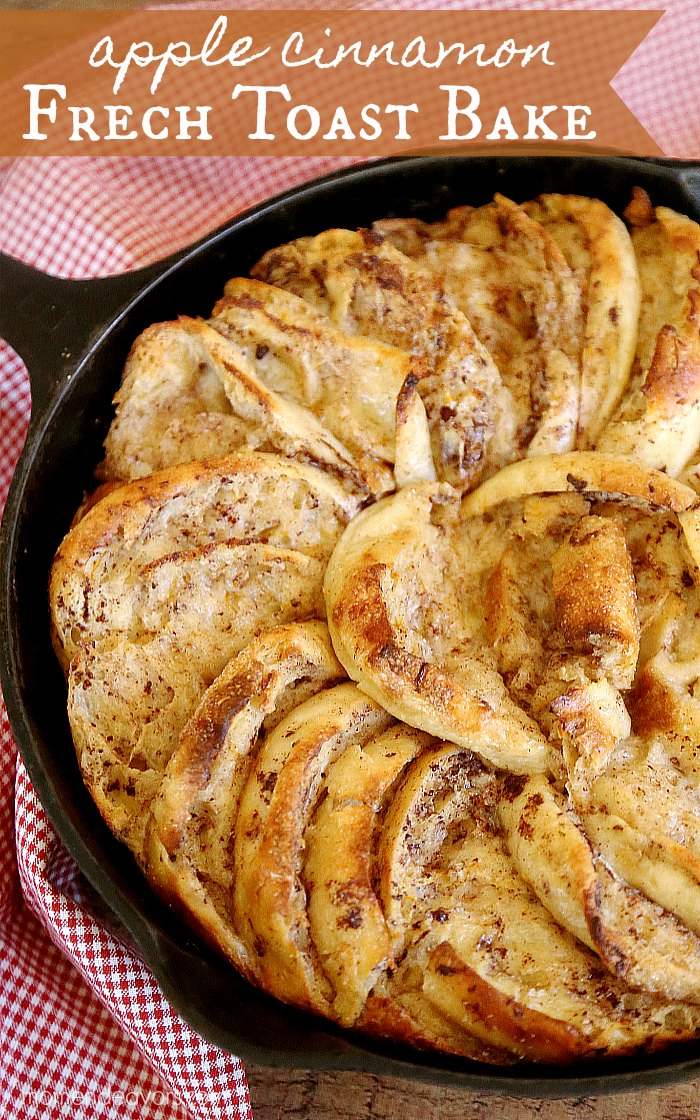 Need a delicious brunch recipe? Or maybe something special for the perfect Christmas morning breakfast? This apple cinnamon french toast bake is a fantastic choice! As a bonus, the house smells SO good while this is cooking! YUMMMMmmmmmmmmmm!!!! 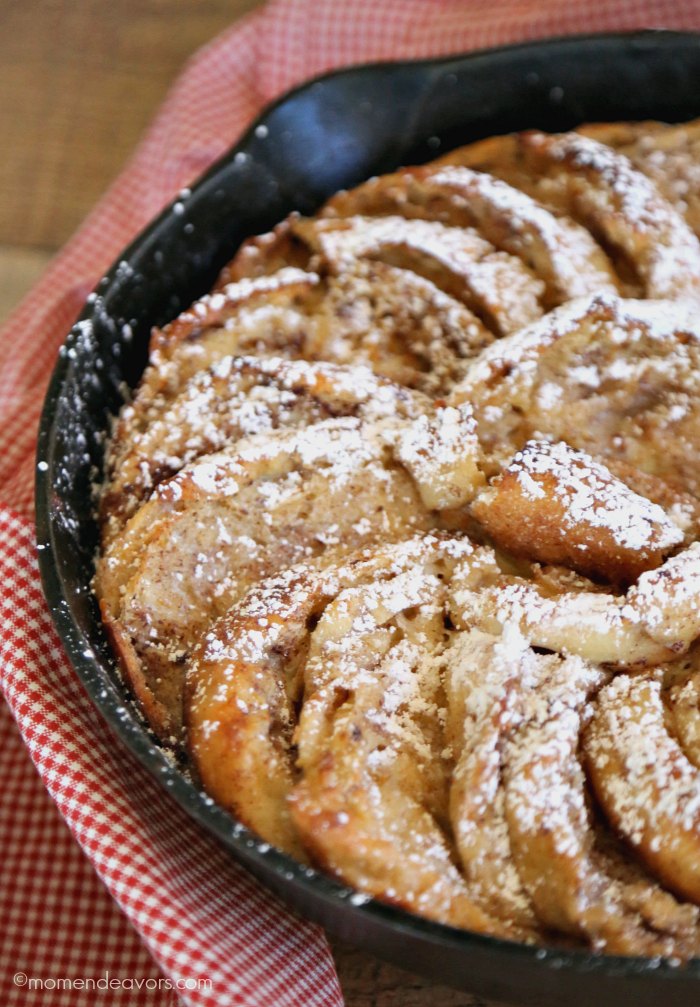 Now, here’s a little secret: I don’t even really like french toast. It’s true. I’ve never really been a fan. But, I am a fan of English muffins and especially Bays English Muffins. So when I was approached to make a recipe with these tasty muffins and saw some different recipes for french toast made with Bays English Muffins, I thought it would be worth trying…and I was right! The whole family loved this dish (even me!!!)- like absolutely LOVED it!!! You guys, this apple cinnamon french toast is SOOOO good! You’ve gotta try it! I think the English muffins make all the difference. Bays really does elevate any meal, even taking french toast to a whole new level this delicious recipe! 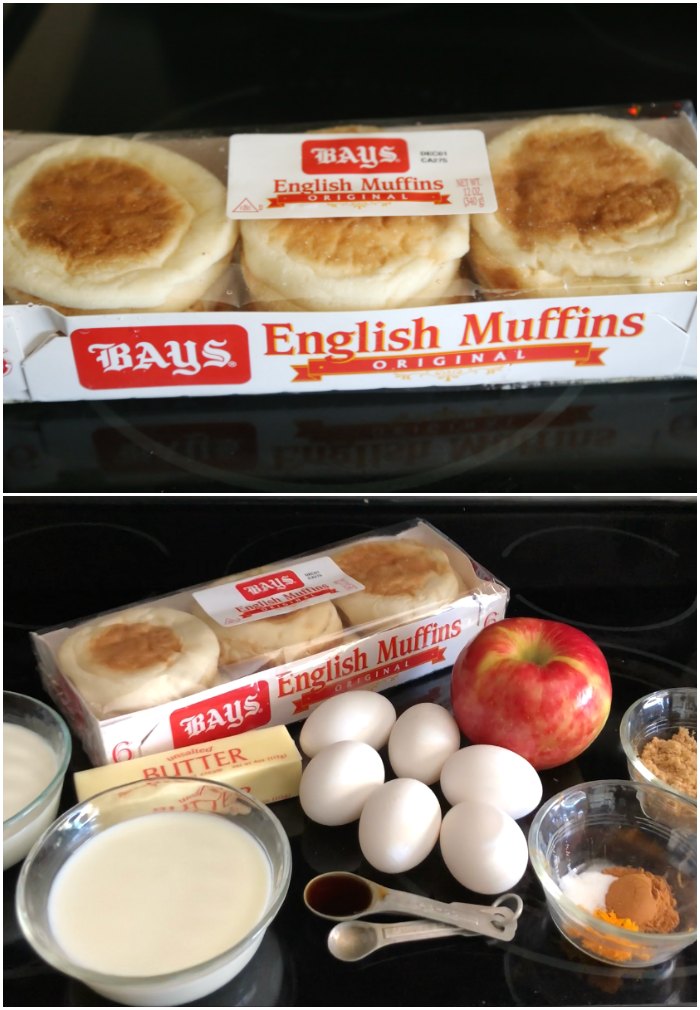 So, obviously the first key ingredient is the Bays English Muffins (found in the dairy case, carefully chilled for freshness). Then you’ll use some standard french toast ingredients, along with a delicious mix of apple, cinnamon, and brown sugar to create this delicious apple cinnamon french toast bake.

You’ll halve and split the muffins (laid out in a pan) and soak the muffins in the custard mix. Then, cook the apples (like a simpler version of skillet fried apples), arrange the muffins in a skillet (sort of like a flower petals look), and bake! That’s really all there is to it! 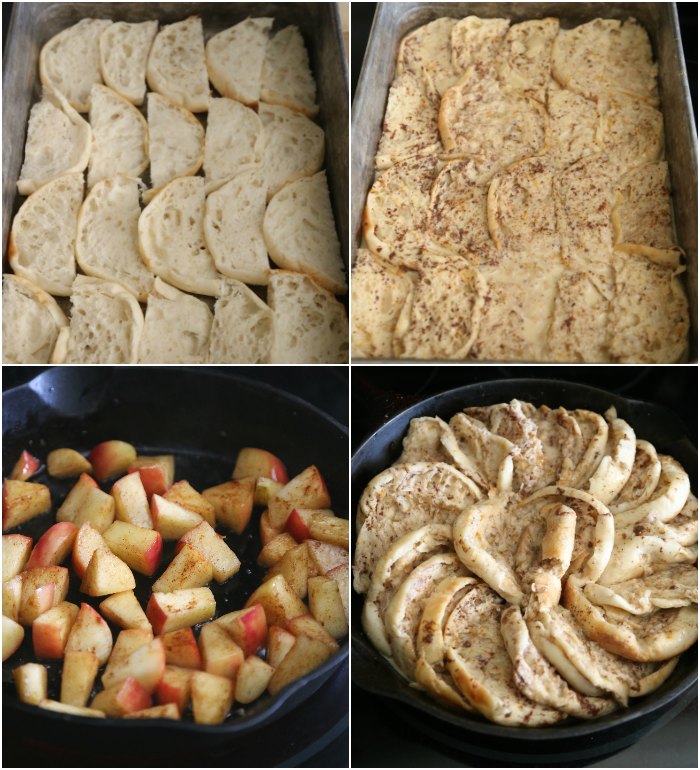 It does take a little bit of time (mainly just to let the muffins soak), but it’s so worth it and really very easy to make. The result looks rather decadent (especially if you dust it in a little powdered sugar), making this french toast bake perfect for a brunch or holiday occasion. With the apple cinnamon flavors, I think it’s especially perfect throughout the fall and over the holidays! 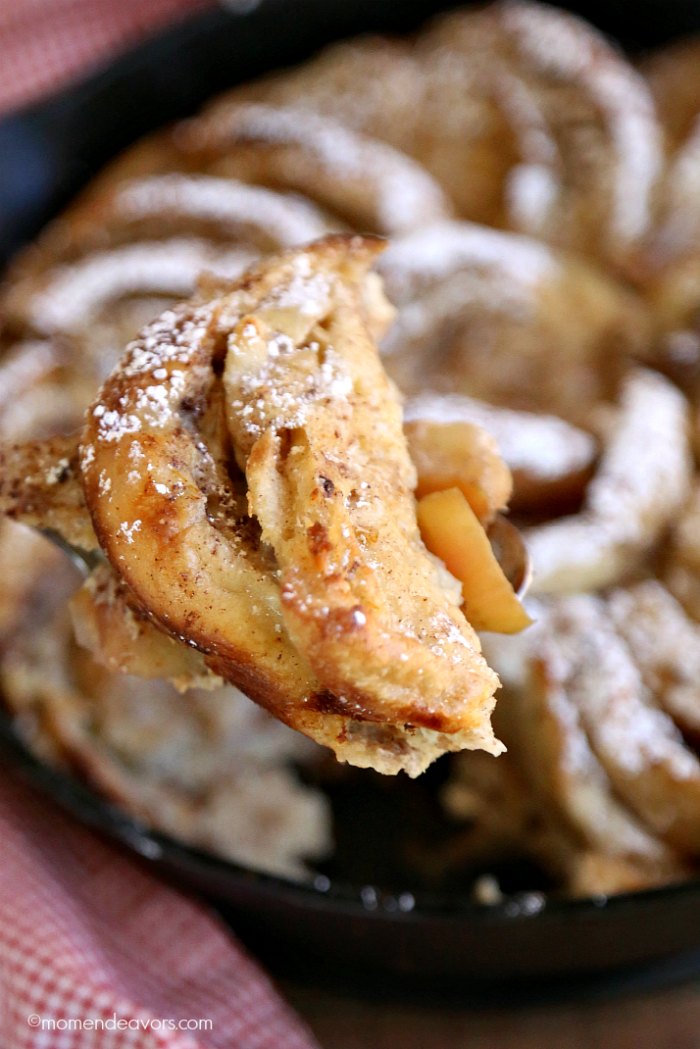 So good! The whole recipe reminds me of a fabulous combination of apple pie, cinnamon rolls, and french toast! So, if you’re looking for a tasty new breakfast recipe for your family (or a special fall brunch, holiday breakfast, etc.), this french toast recipe from Bays English Muffins is definitely worth trying! Definitely a tasty bite! 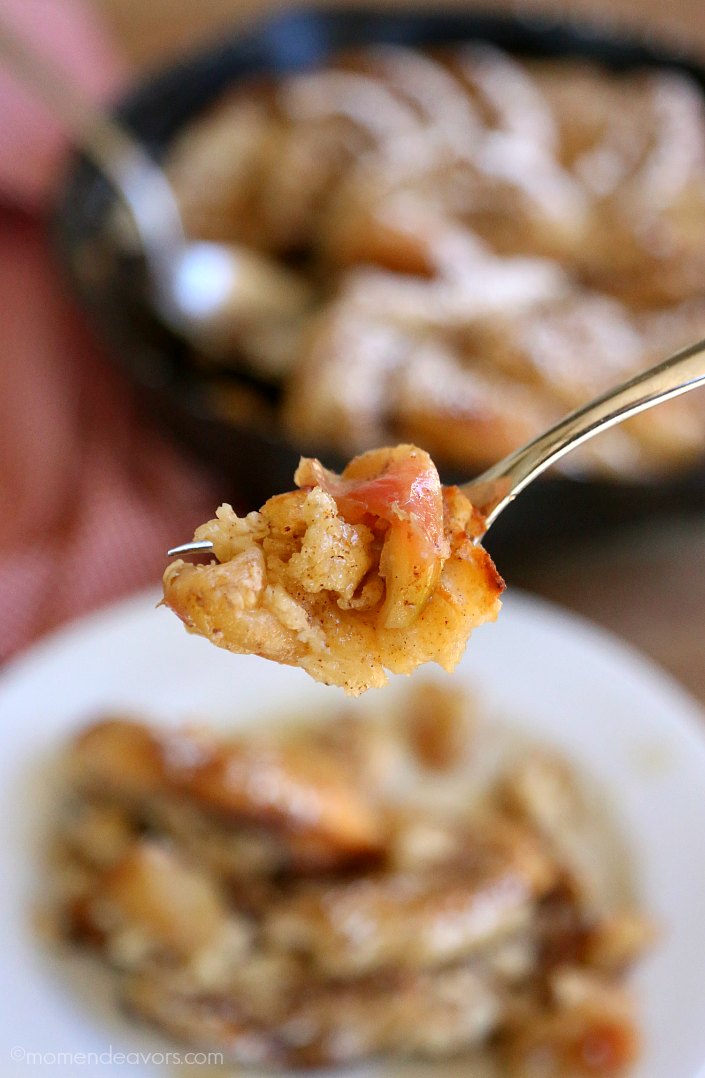 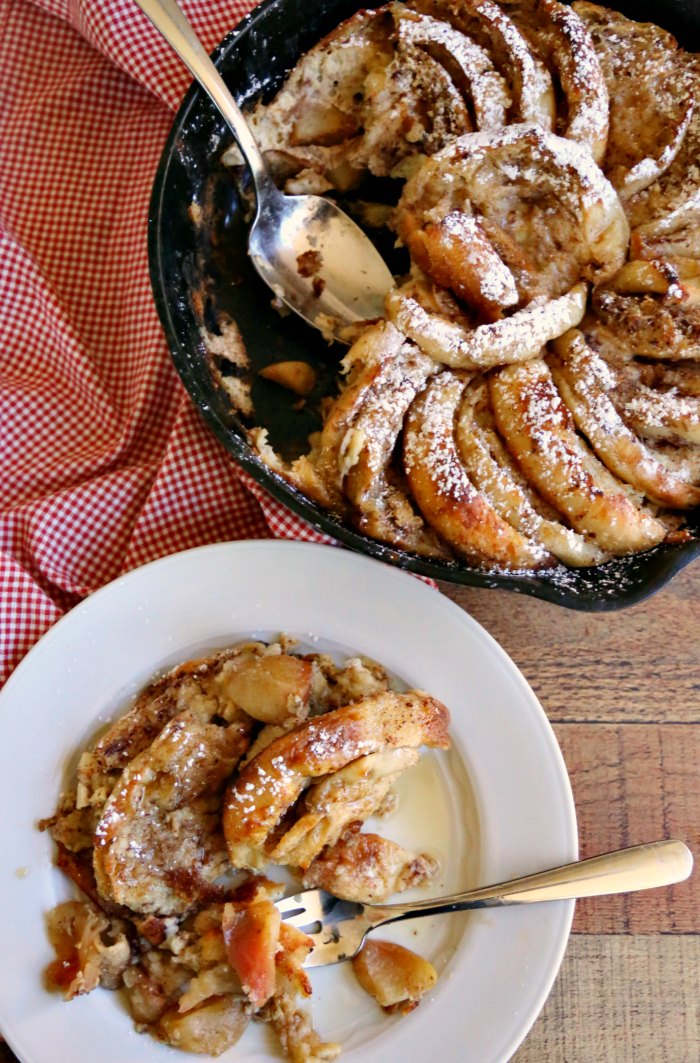 Yum!!! So be sure to pin this recipe to save it and make a plan to go pick up the ingredients on your next grocery store run! Look for the Bays in the Dairy case and stock up! 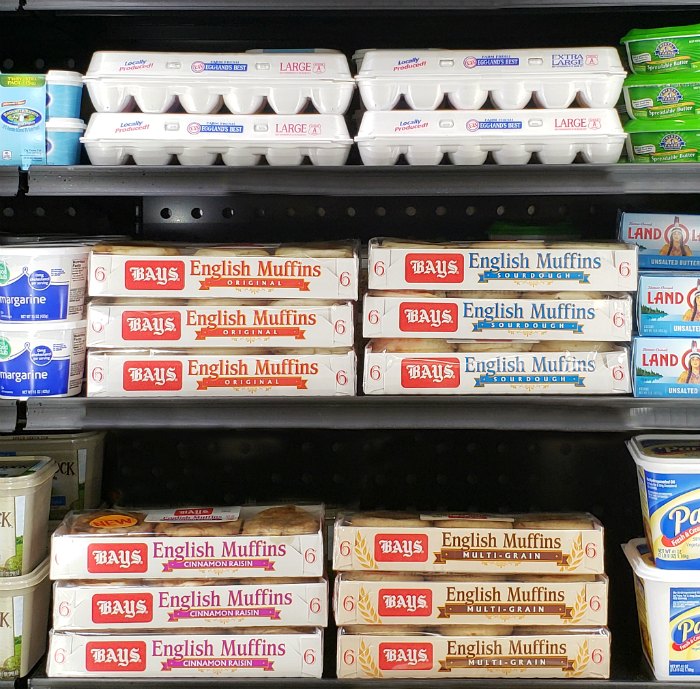 The muffins freeze very well! I love having them on hand because Bays English Muffins are delicious at any time of day! For more delicious recipe ideas with your favorite English muffins, be sure to visit Bays.com and check them out on Facebook!