For our train birthday party bash, I wanted to have some train music and songs that the kids would like (but the adults could stand to listen to also). For many of you, Thomas songs might be what comes to mind, but for us, it’s Dinosaur Train (the show is on PBS & is GREAT if you haven’t seen it!). In fact, Big Brother used to sing the theme song to Little Brother as a little baby. 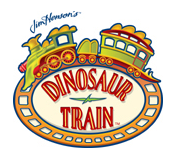 So, I searched itunes for Dinosaur train songs and was excited to find out that the Volume 1 soundtrack was just recently released. FANTASTIC! But, for the party, I just wanted songs specifically about trains. There were 4 Dinosaur Train songs, but I needed more for party music. A LOT of searching and listening led to me finding 11 good train songs. We found quite a few more, but ruled them out for various reasons.

We really like all the songs on this train play list. It was perfect for our train party and now Big Brother loves to listen to it in the car!! If you have little ones who love trains, I definitely recommend these songs!


Have you made any party playlists or just fun playlists for the kids?