See all the major stars of Thor: Ragnarok together, along with Director Taika Waititi and Marvel Presdient Kevin Feige, as part of the Thor: Ragnarok Press Conference! 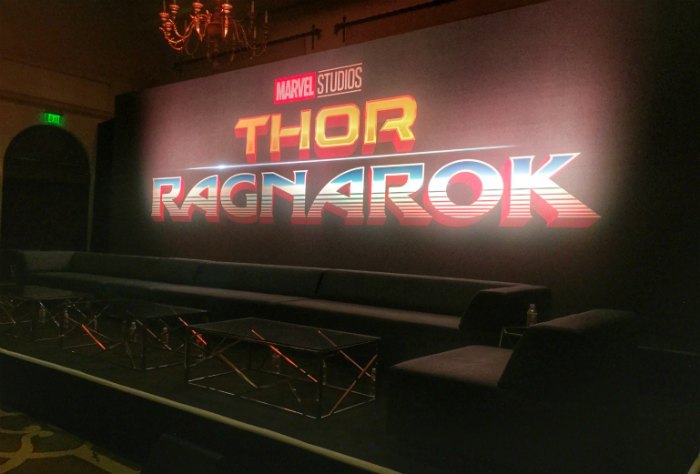 As part of our #ThorRagnarokEvent press trip (invited & hosted by Disney), we had the pleasure of attending the full Thor: Ragnarok press conference with all the main stars of the movie. While our small group interviews are certainly much more intimate, the whole cast press conference is so fun because you get to see the actors interacting and it gives you a sense of what it would have been like on set and working together! I’ve had to pleasure of attending a few of these now and I can definitely say that this cast seemed to all genuinely enjoy being around each other! There was just a really fun energy in the room! 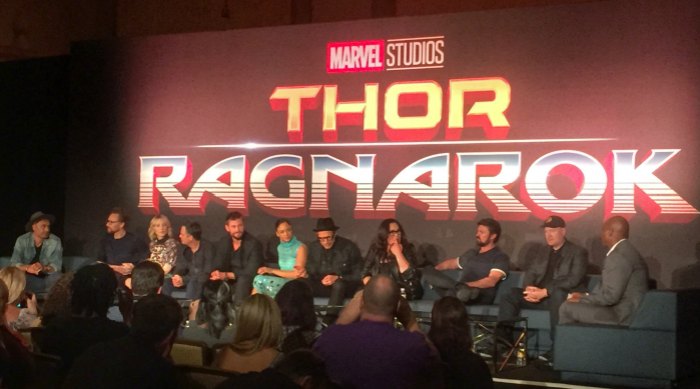 Now, if you’re interested in watching the whole press conference like we did, you can watch it below! But, I’m also sharing some of my favorite moments, quotes, and conversations. So read (or watch) on and enjoy the fun moments and photos!

The host kicked the whole event off by introducing everyone and then asking the first question:

HOST:  Everybody, let’s all sit down together, and enjoy this experience. I want to start – I want to start with Chris.  And Chris, what makes this Thor different from the others?

CHRIS HEMSWORTH:  “Taika Waititi, basically.  I think we all had  a vision, and an idea, and a want to do something vastly different than what we’d done before, and take it to a different place.  That meant kind of doing away with what we knew, and just reinventing it.  It all came from his crazy, wonderful brain, and his inspiration, and him pushing us every day on set, and constantly encouraging us to improvise, and explore, and take risks.  And it was one of the most enjoyable experiences I’ve ever had on a set, and a film that I feel the most proud of, just because of this – this whole team, and the collaboration, and fun we had.”

And did they have fun! There were SO many instances of hilarity just during the press conference! I love everyone laughing in this photo! 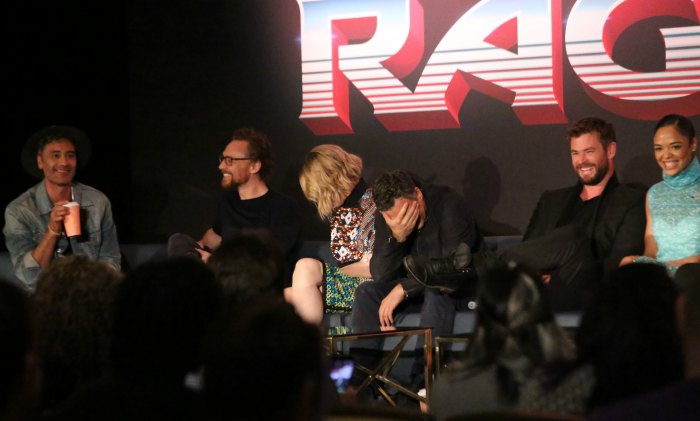 HOST:  People are invested in these franchises, and they love these characters.  So what made Taika and everybody else here the right fit?

KEVIN FEIGE:  “Well, I mean, Chris sort of said it. We wanted a new sensibility. If you look at everything Chris has done as this character, there have been moments of humor – moments of humor throughout.  And we wanted to build on that.  And if you look at the movie, it’s got the epic action.  It’s got Thor arguably more powerful than he’s ever been in any of the films, with his powers going up against the Hulk, but at the same time embracing what Mr. Hemsworth does better than anyone up until now has ever been able to see, which is his acting chops expands to comedy in an amazing way.  And Taika giving them the confidence to explore that, and to try things.  And most of that is in the movie, because it was on story, and yet at the same time expanded each of their characters.”

After the host asked a few questions, they then took questions from the audience. This one was fun (and is SO true)!

PRESS:  My question is for Taika.  This film very early establishes that every shot in the movie could have been a heavy metal album cover. I would love to know to what your thought process was, and how Kevin reacted…

TAIKA WAITITI:  To these guys’ credit, you know, they were very supportive right from the beginning.  You know, they supported me in this – if you look at all the elements in the film, it’s pretty crazy, you know.  If you would describe all of the characters in this film to someone, t deserves to have all of that color, and you know, and all of those crazy, curvy design. It’s a bombastic concept that just – you can’t hold back from this thing.  So you’ve got – you know, it’s either all in, or nothing.

KEVIN FEIGE:  Taika, the first meeting we had…he had a sizzle reel. Filmmakers sometimes will say, using clips of other movies, ‘Here’s what I have in mind.’  And sometimes they’re not good.  Most of the times, they’re okay.  His was amazing, and was scored to that Led Zeppelin song. So from the beginning, that song kind of defined what Taika was going to do with this.  That it’s in the trailer, that it’s in the film – all from that first meeting, and from one of his first instincts of this movie, is very impressive.

The song really is PERFECT in the film!! I even talked about that in my movie review! You can hear the song in the teaser trailer here:

PRESS:  Mark, this is a question for you.  Are you interested in all in doing a full Hulk movie?  This is the first time we’ve seen the Hulk this much.  And if so, what aspect of the character would you be most interested in exploring?

MARK RUFFALO:  I would love to do a Hulk movie, and I think we all would love to do one.  But before I even had this part, or were talking about doing this – it was well over a year ago, Kevin had asked me to come over and have a script meeting.  And basically he sat me down and he said, ‘What would you like to do if you had a stand-alone Hulk movie?’  And I said, ‘I’d like to do this, this, and this; and this and this – and then this.  And then this, and this, and this, and then it would end like this.’  And he’s like, ‘I love that.  Let’s do that over the next three movies, starting with Thor 3 and carry it on through Avengers 3 and Avengers 4.’  And so that’s my stand-alone Hulk movie.

KEVIN FEIGE:  That’s exactly what happened.  And it’s – someday, a stand-alone I think would be great, but for the time being, Hulk’s presence in these movies, and certainly now, as Mark has talked about, what we’re going to be able to do with his character arc over these three movies is super exciting.

PRESS:  This question’s for Jeff.  You’ve been in so many iconic films – what was it like to come into the Marvel universe?

JEFF GOLDBLUM:  Fantastic.  [LAUGHTER]  I like the character, of course, and the opportunities in the character.  Joining a group like this, a cast like this is a dream come true.  Taika – working with Taika, that was my first, you know, connection point to the movie.  We had a meeting, and hit it off, and he said what we were gonna do, and improvise, and have fun.  But then, you know, Kevin Feige and Louis D’Espesito, and Victoria Alonso, and Brad Winderbaum – the whole upper tier of creative leaders, do something unique.  They know how to make these epic productions, and popular movies, but they want to make good movies.  And they somehow uniquely know how to do them, that feels to me like an actorly, workshop-y, character-y, improvisatory, delightful experience – and make a movie that I think skins the cat like this is just – I’m grateful, overwhelmingly grateful. 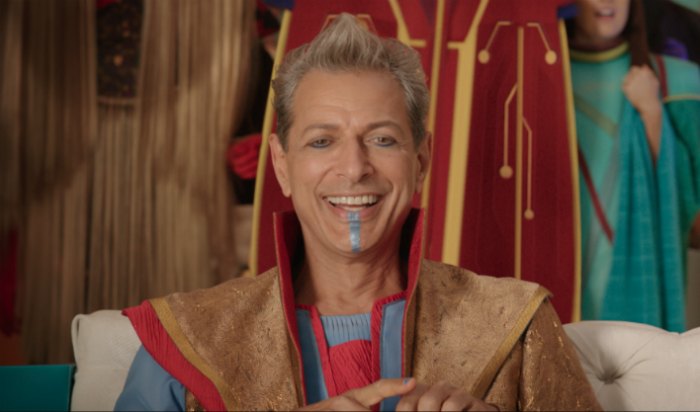 PRESS:  This question is for Chris, and Tom, and anyone else who wants to answer, regarding the Hulk and his dialogue. We hear a lot more dialogue now than we ever have before. Was is that like for you? We don’t really hear him talk a lot in other films.

CHRIS HEMSWORTH: I loved it. I think, this is my favorite version of the Hulk- ‘cause we actually got to act together, you know. We’d only really fought one another on screen in the previous films. And this time around, we got to just sort of improvise our way through it, and sort of invent this chemistry that we hadn’t explored befor –  and to build this new version of the Hulk, which was a little bit more articulate and vocal than he had been prior. And there’s just so much more room for the humor and fun that the character then embodies, that – I think it’s fantastic. I loved it.

MARK RUFFALO: I did, too. 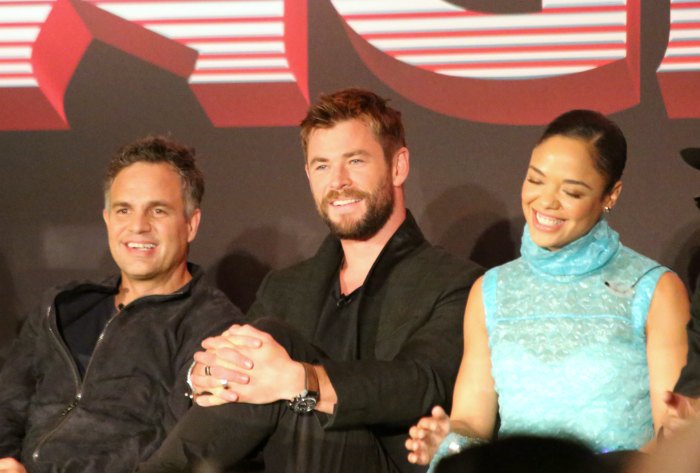 HOST: I want to ask Tom a question real quick.  Tom, do you feel that – there is a change in Thor – Could there be a change in Loki, also? Do you think you could ever change – or is that is just a part of your character that won’t change?

TOM HIDDLESTON: I did ask Taika if I could get a haircut, as well. [LAUGHTER] But, his answer was a quick, ‘No.’ 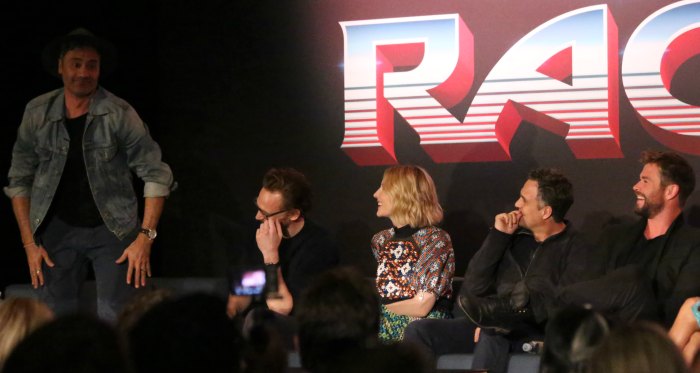 TOM HIDDLESTON:  It’s interesting. I mean, in a way, in this film, it is about, I think – I’m not spoiling anything, but the development of the relationship between Thor and Loki, as brothers, is – Thor has evolved, and grown, and matured; and Loki in a way is stuck in his struggles of the past. And that’s, in a way, that’s the challenge for Loki in this, is that he’s got to confront the fact that time is moving on, and people change, and – so I don’t know. I mean, we’ll see. We’ll see. There’s room to grow, and I’m still here. And we’ll see where he goes next. I’m not going to spoil anything. 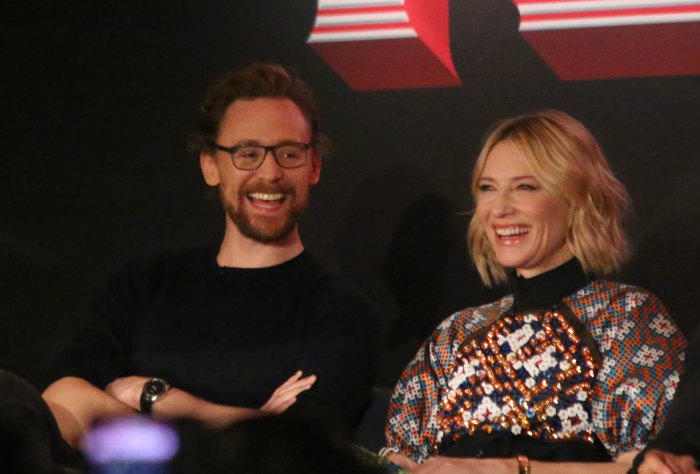 There were all kinds of little moments and funny banter back and forth – like a question about music and hilarity about a Yo Gabba Gabba song! So the whole thing was great fun and it really feels like everyone thoroughly enjoyed themselves making the movie! I certainly enjoyed watching them together not only during the conference, but during the movie! 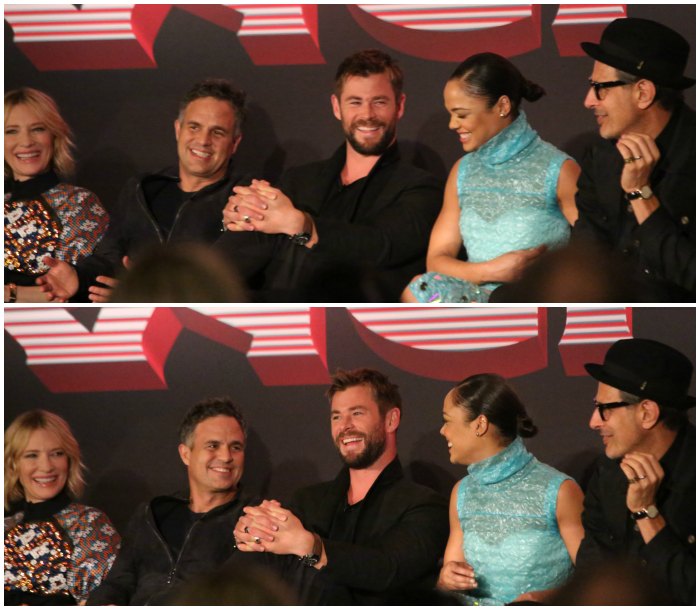 And, speaking of enjoying the movie – it is SO good! You can read my full review of Thor: Ragnrarok here! So be sure to make plans to see it when it opens in theaters everywhere November 3rd!

Disclosure: Disney hosted me in LA in order to attend the film screenings and to participate in group interviews & media events. As always, all opinions, experiences, and love of Disney are entirely my own! All photos above are my own and courtesy of Disney/Marvel. 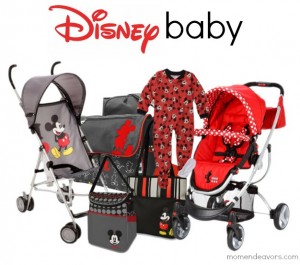 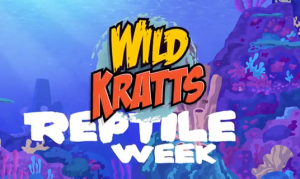 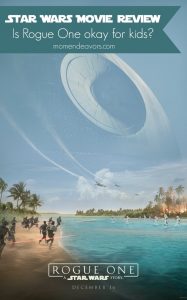