Another Halloween, another year of family-themed costumes! We chose a Star Wars theme this year (which ended up so topical this year with the big Star Wars-Disney buy out that happened the day before). I gave a costume sneak peek before, but promised the full recap and pics of Mr. Mom Endeavors & I in full garb! So, without further ado, here’s what our Star Wars Halloween looked like: 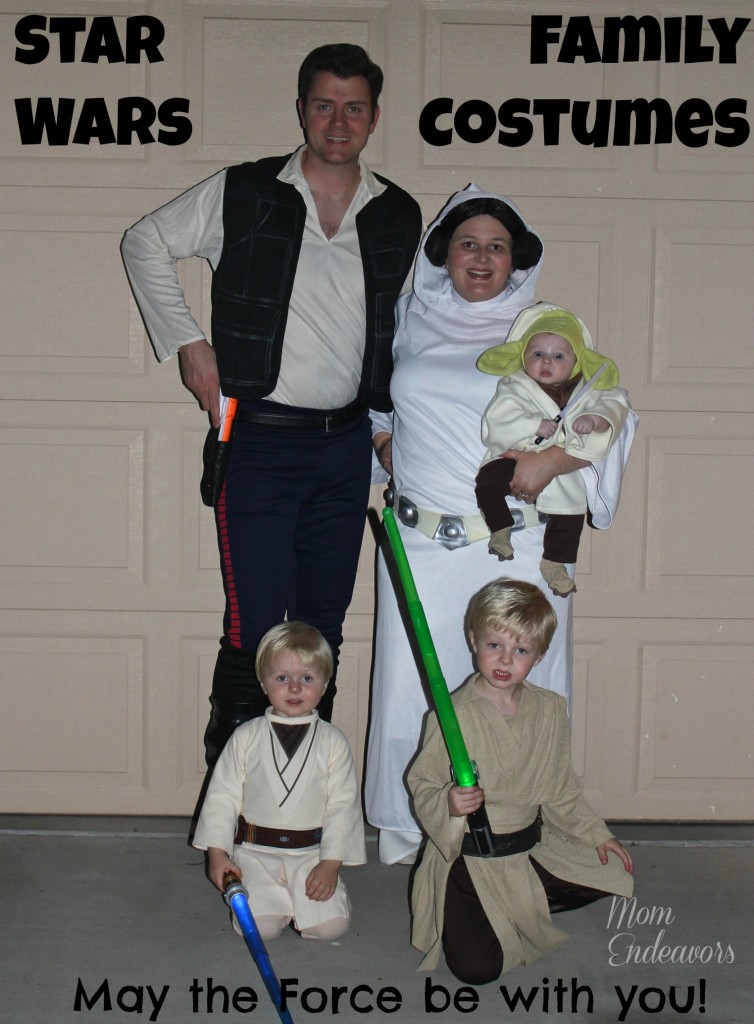 Han, Leia, Yoda, Obi-Wan, and Qui-Gon all represented! 🙂 We started off the night with some photoshoots. It’s SO hard getting good shots at night, but we at least managed a few that are decent. Here’s a better shot of Mr. Mom Endeavors and I: 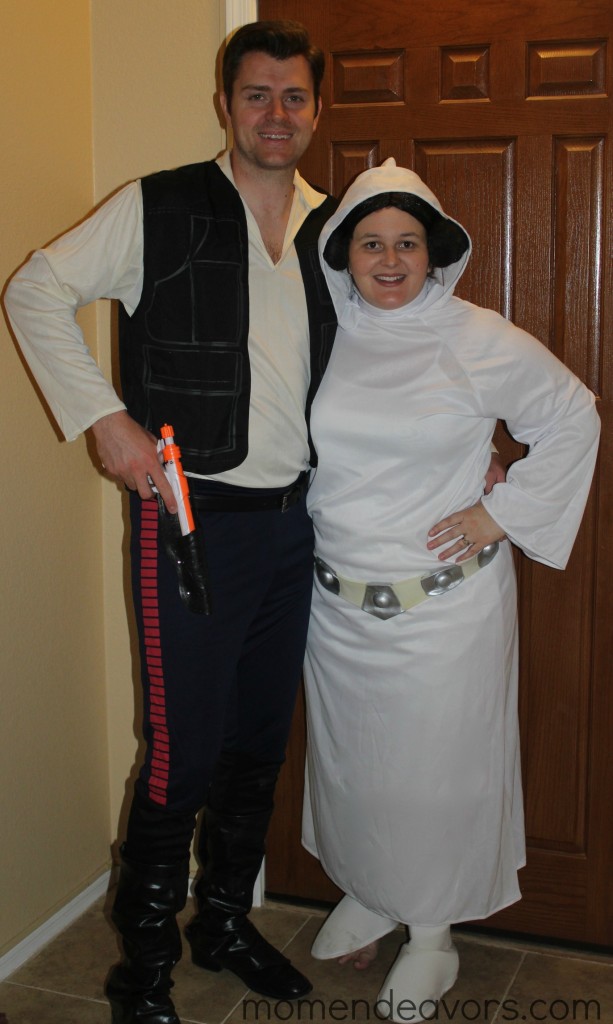 Not too shabby, huh?! We tried finding a better blaster for Han, but couldn’t find anything decent that wasn’t rather expensive. So, we just used one of the boy’s that we already had. And, for me, I had thought about try to do the Leia buns with my own hair. But, it just isn’t long enough. The wig that came with the costume actually worked surprisingly well. Though, I did like it better with the hood up than down.

The kids’ costumes were great! The loved dressing up as their favorite Jedi! 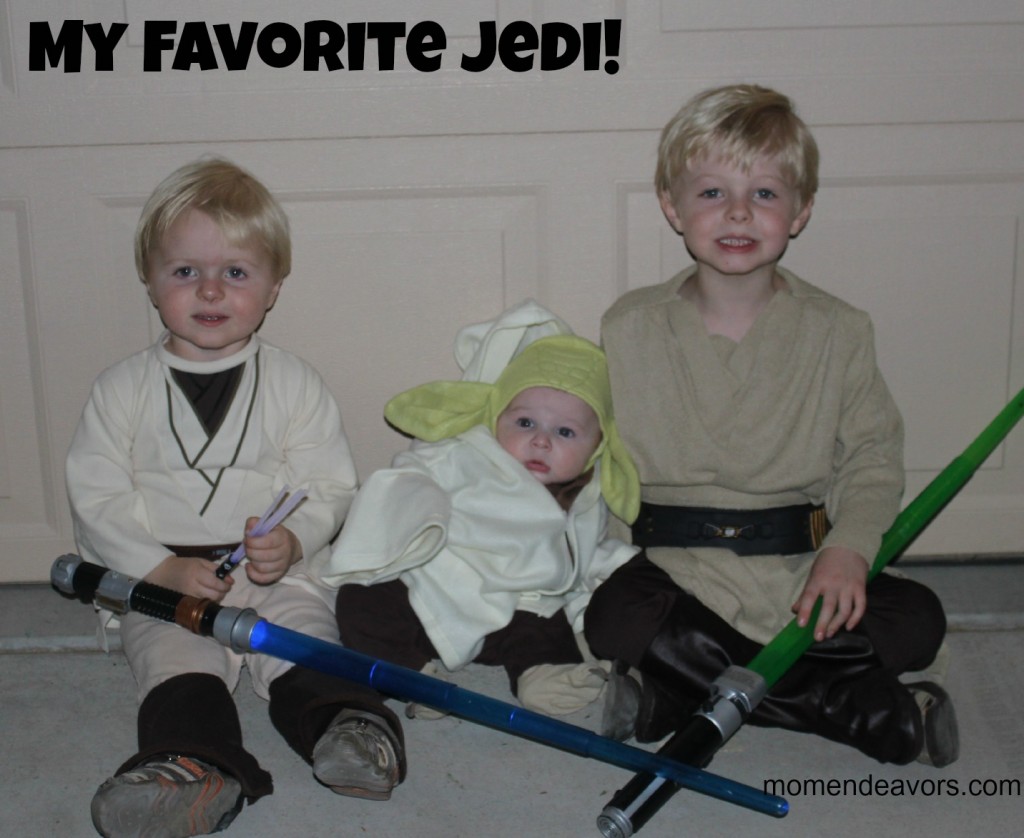 Being a Jedi means wielding a light saber, so there was plenty of that all night long. You can see that the big boys had NO problem getting into character! 😉 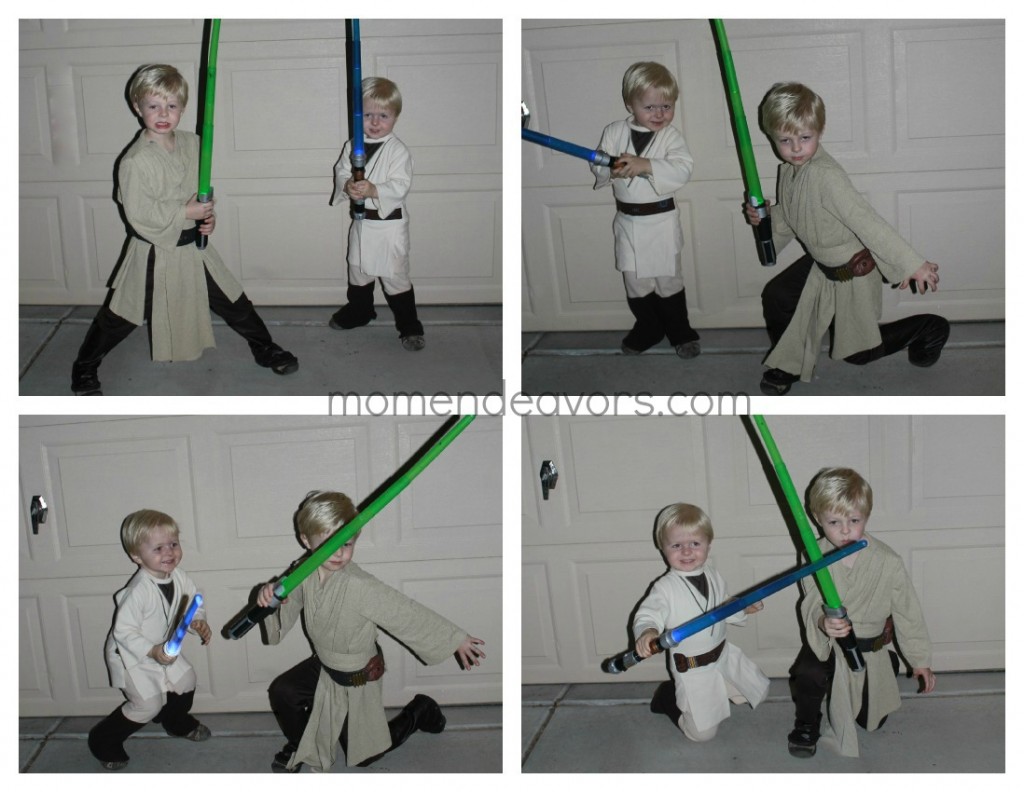 And, of course, we can’t forget the adorable Yoda! The little clawed feet I had from another outfit, plus his glow-stick “light saber” were perfect additions to an already cute costume! 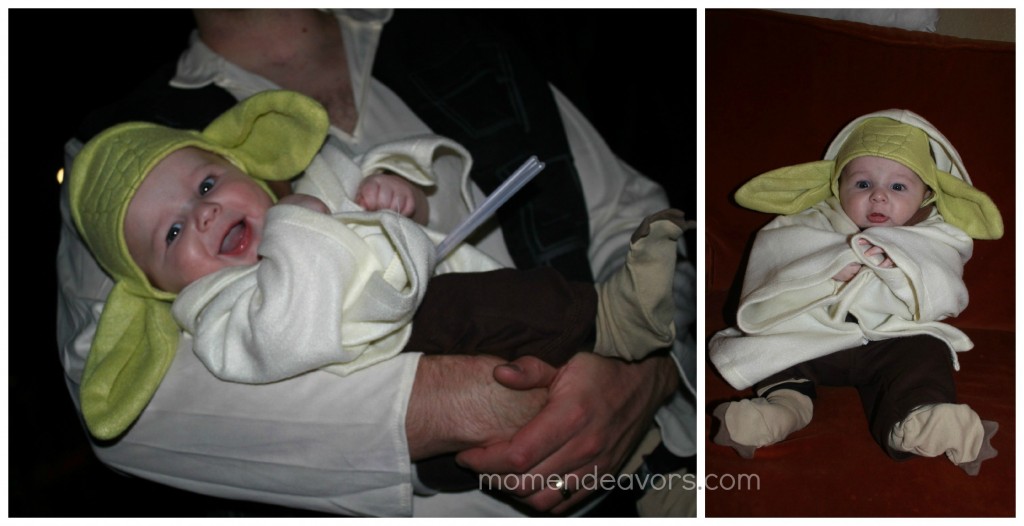 Seriously, that face! LOVE! It was ultra cute when he fell asleep while we were out. When 3 months old you are, fall asleep trick or treating you will! 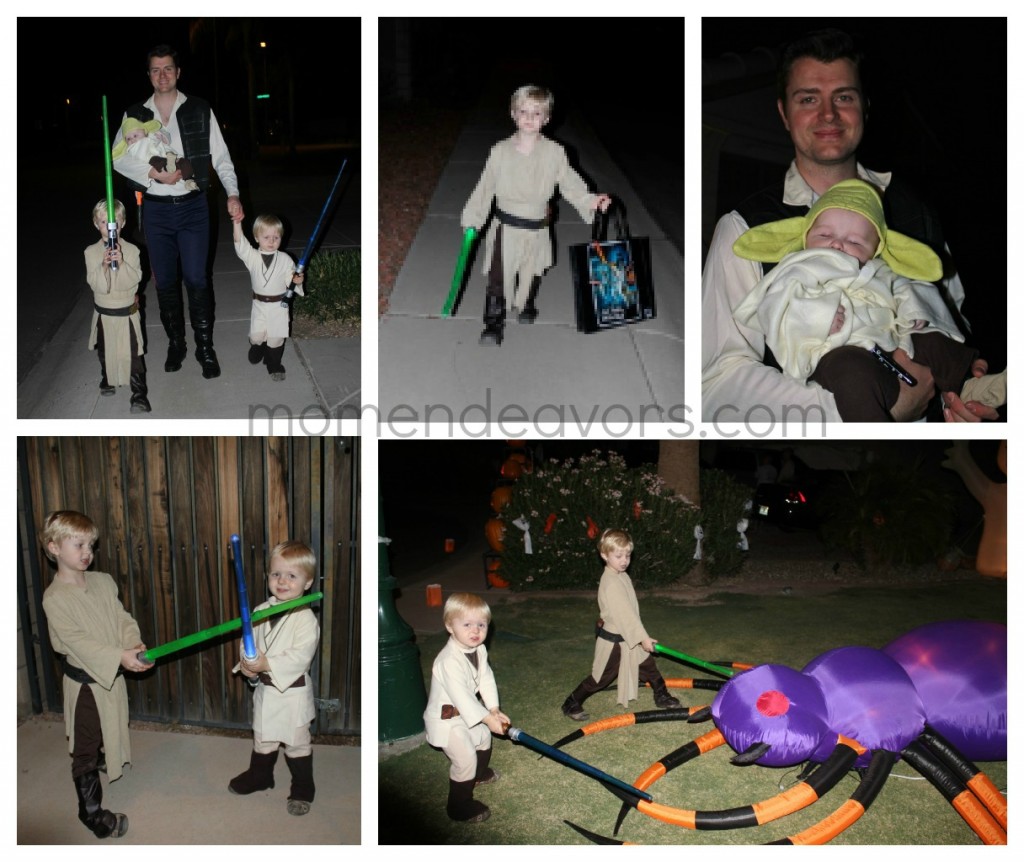 We had a great time trick or treating in our neighborhood. As it seems is the case every year, people are really impressed with the family-themed costumes. But, it was ultra shocking to us this year at how many people had no idea who we were. I know Star Wars isn’t everyone’s thing, but I figured at least the light sabers, Leia hair, & Yoda would give it away. The comments some of the “un-pop-cultured” people made were hilarious! But, whether recognizable to everyone else or not, we had a great time & I wouldn’t be surprised if this Halloween theme makes an appearance another year! 🙂

In case you’re interested in a Star Wars theme, there are tons of ways that you could do DIY costumes, but ours were from Party City. You get more info in the costumes post here.

Hope you had a happy Halloween!

What did you/your kids dress up as?