As I mentioned in the George Lucas interview post, the music in Strange Magic is integral to the whole movie! In fact, Lucas wanted to tell a love story by using only love songs. So, finding actors that could really sing to voice the characters was key! And, I’m pleased to say that they did an excellent job! During our time at Skywalker Ranch, we got to meet Elijah Kelley (voice of Sunny) who has a phenomenal voice…and one pretty awesome personality too! 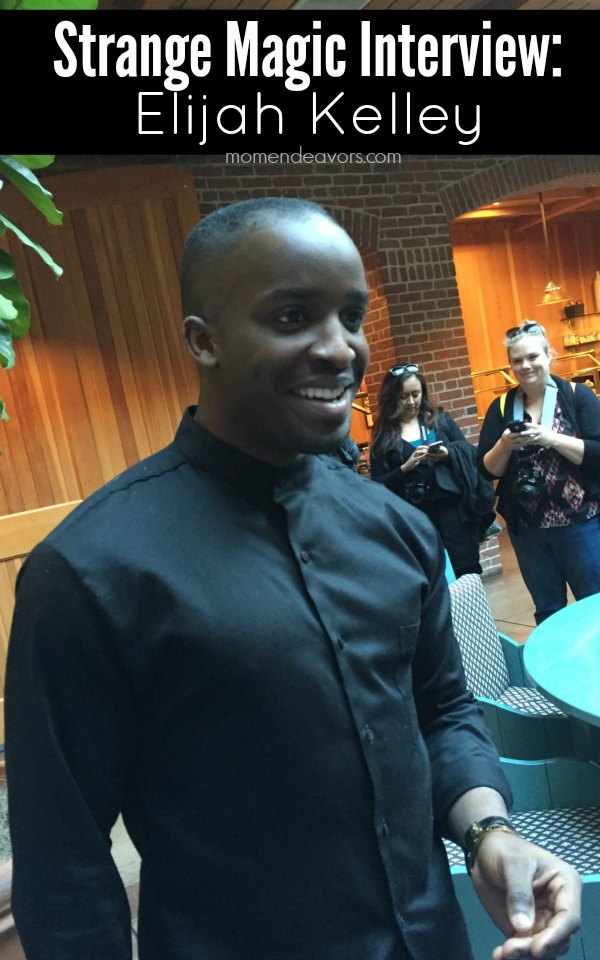 Elijah Kelley was SO awesome. Just after we arrived at Skywalker Ranch, he was one of the first people we saw and what a super nice guy! He came up to every single one of us, giving hugs and willingly taking selfies! Such a great way to start the day! He seemed so genuinely excited to be there talking with us and sharing all about the new movie he stars in! 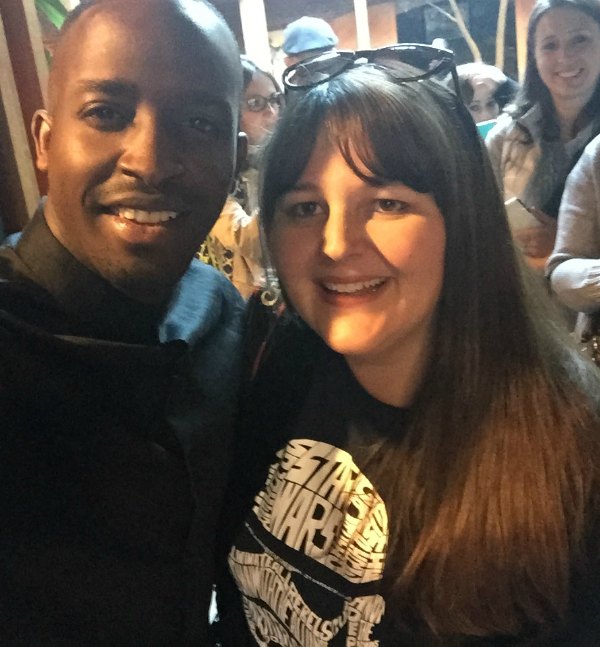 He carried that awesome personality into his character, Sunny. We found out that he actually got to improvise A LOT of the role! He was happy that he had some creative freedom to bring the character to life in his own way. He said, “you wanna put a  little flavor in here and put a little, you know, put a little swag in there; I think Sunny has that.” And, Sunny definitely does have that. He is a GREAT character in the movie – Elijah did a fabulous job with his character!

What’s amazing is that Elijah shared that this was his first time doing any kind of voiceover work – ever! So, he joked that he thought it was going to be SO easy! In reality though, he said, “It was like P90x.” HA! He said he would leave sessions all sweaty & lightheaded from all the energy, running, etc. he was doing to bring the character to life! And, Sunny does do A LOT of running around in the film (he’s a very integral character), so I can imagine that the recording sessions were quite crazy! 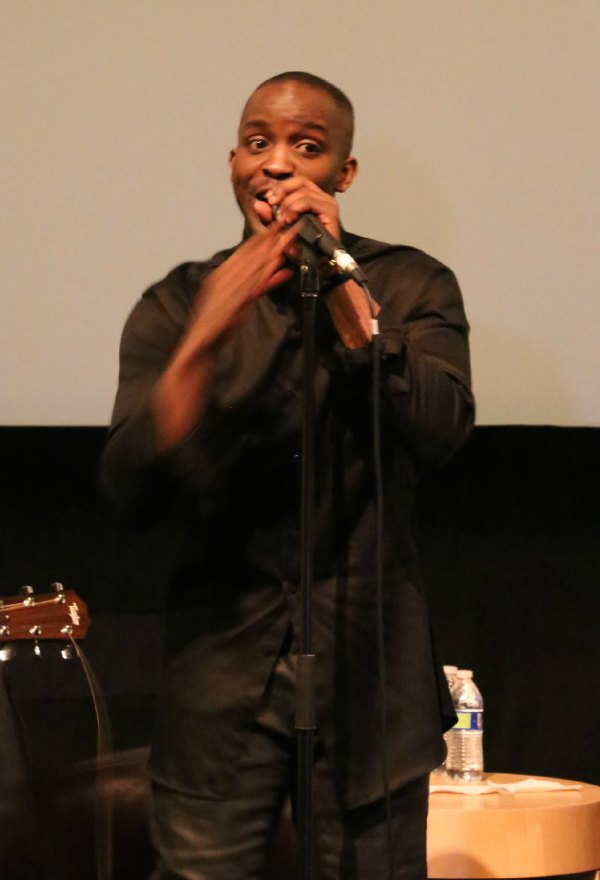 Aside from his great personality though, what of course really sticks out about Elijah is his great voice! I think we’re going to be seeing A LOT more from him in the years to come! He shared that he got his start singing in church as a young kid and just continued doing that (and playing drums)…and now of course he’s gone on to big things! So, we were all thrilled when he said he wanted to sing a song from the movie for us! Here’s a little sample (you can see his great energy)…I love this song too!

And, here’s a little clip of Sunny (the elf voiced by Elijah Kelley) singing the song in the movie:

So great! Elijah Kelley also has some great philanthropic endeavors too…with a Foundation bringing the Arts to underprivileged kids. His passion for music and the arts really shows. I was so impressed with him and know there are big things in store for Elijah!

Since we were at Skywalker Ranch (sitting in the theater at Skywalker Sound WITH George Lucas in the room), I thought this question and answer was especially neat:

Q: What is it that you love working about- working with George Lucas?

I think George, this is the thing- I’m glad you asked that question because, you know, I never really get to tell him, but George is- George has surpassed, I think what we are on Earth. He’s become an idea. It’s like every time I come here, I get so inspired because everything that we’re sitting on, everything that we drove up on was spawned from an idea. And when you have an idea, and when you have an idea that you’re convicted about, and you can change the world from that idea, you don’t stray away from it, and you dedicate your life to that idea.

Talk about inspiring! I felt the same way being at Skywalker Ranch and in the presence of someone who has really shaped the entertainment industry and pop culture for all-time. You can see more of the George Lucas Interview here and take a tour of Skywalker Ranch here.

So, be sure to take the family this weekend for fun music, all kinds of magical creatures…and some strange magic! Everyone will LOVE listening to Elijah sing! 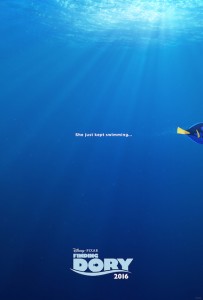 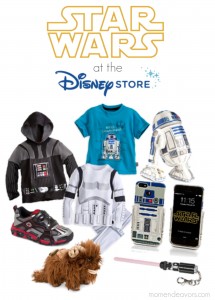 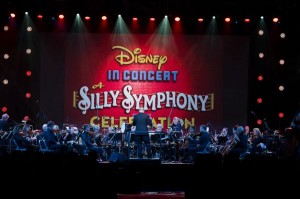 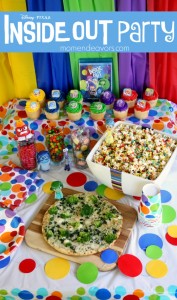 Disney-Pixar Inside Out Party Ideas