Since the pregnancy announcement post, we’ve had a rather eventful 6 weeks. I’ve been extremely lucky (and thankful) to have had two rather simple & uneventful pregnancies with the boys. Other than starting out over weight, I’ve not had any issues or complications–not with the babies nor with me (not even gestational diabetes or high blood pressure). When I saw my Dr. just before posting the announcement, she said…”you’re so easy, I don’t even need to see you for 6 or 7 weeks”. Then, wouldn’t you know, things got interesting.

We had done an NT scan at about 12 weeks to check on baby (the ultrasound is usually done at perinatal centers with more advanced imaging technology, so it wasn’t done at my Dr.’s office). This wasn’t something offered when I was pregnant with Big Brother in 2006 (the only thing then was the first trimester screen blood test, which we opted not to do since it doesn’t tell you anything definitive), so when in 2009 we found out about being about to do a ultrasound at that stage to check on baby–we jumped at the chance! As part of the screening, there is the blood test too. Everything was great for Little Brother back then. So, with this pregnancy we decided to do it again. And, once again, we were thrilled to see our newest little one at 12 weeks. Everything looked great on the ultrasound–no signs that would indicate a problem. 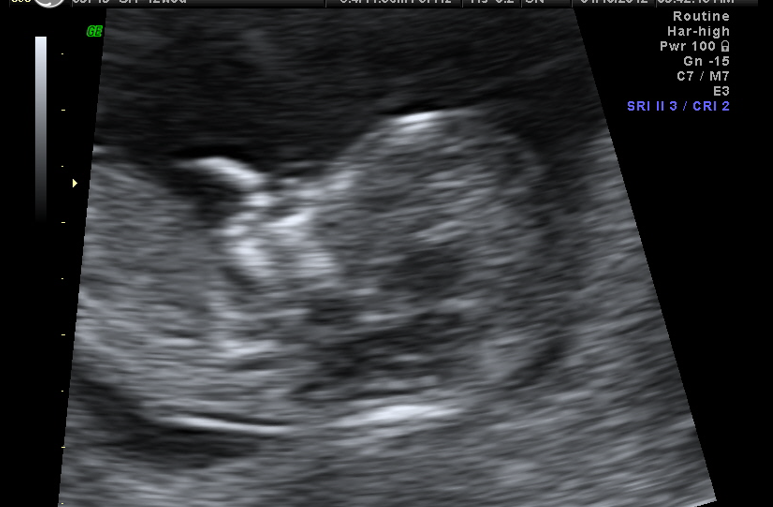 So, on our way out, I gave my few drops of blood & we left feeling really great. I met with my Dr. a few days later where we heard the heartbeat via doppler. Again, everything was great. So, I (naively) just didn’t possibly think that anything could would not look good with the blood work. But, then I got the call. It was the Dr. at the Perinatologist’s office (who had really BAD phone-side manner). Here’s what he said, “So, everything looked fine on the ultrasound, but your blood work came back positive for Down Syndrome. Just based on age alone, your risk for Down Syndrome is about 1 in 450, but based on the results of the ultrasound and blood work, your risk is 1 in 60….”

I was stunned. I asked about the other Trisomies (namely Trisomy 13 & 18–thankfully, those came back normal). The biology person in me wanted to know what they tested in my blood and how the results were calculated. He explained that they test for two chemicals/proteins present during prenancy–HCG and PAPP-A. Apparently, my HCG was slightly high (which is common in babies with Down Syndrome) and my PAPP-A number was quite low (also common for babies with Down Syndrome). So, that’s why my risk was so much higher than just the average risk for age alone. Then, he went on to say…”Low PAPP-A is also associated with pre-eclampsia later in the pregnancy as well as a number of placental issues that can lead to IUGR, preterm labor, miscarriage, etc. so you’re definitely going to be monitored more closely throughout the pregnancy”. WHAT?! After that, he explained options to me (amnio, more blood tests, ultrasounds, etc.), but at that point I couldn’t focus well. There were lots of tears and finally a chat with my Dr. who had MUCH better phone skills and made me feel MUCH better.

We met with a genetic counselor (which was fascinating because had I not become a biology teacher, I was looking into genetic counseling programs) who explained everything & all of the options in detail. Our decision was to do a detailed Level II ultrasound at around 15 weeks to check the baby over in detail for any markers of Down Syndrome (or any other problem). The tech was fabulous and everything seemed to look good as we went through. 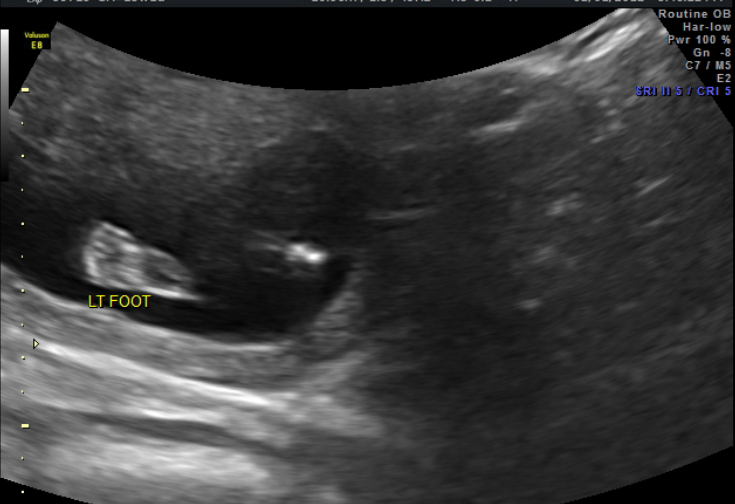 At the end, the Dr. came in and explained that they found no indications of anything related to any Trisomies (it doesn’t guarantee that nothing is wrong with the baby, but it is at least a really good sign). Thank goodness!!! But, then, he said, it looks like something might be wrong that has absolutely nothing to do with Down Syndrome….”it looks like the baby has a single umbilical artery”.

This is more commonly known as a “two-vessel cord”. Normally, an umbilical cord has three vessels–two arteries and one vein. From the ultrasound, it looks like this one is missing an artery. It too can lead to growth issues with the baby. Because 15 weeks is so early & everything is still so very small, they want to do an ultrasound around 20 weeks to check the heart in detail (a fetal echocardiogram) and they will confirm whether or not the cord is indeed two-vessel at that appointment also. If the cord is two-vessel, then I will have at least 3 additional ultrasounds in the 3rd trimester to check on baby’s growth. One of my best friends is actually currently pregnant with a two-vessel cord (and about to give birth), so I’m not super concerned about that. I know things could be so, so much worse. But, it still makes things a bit more nerve-wracking nonetheless. We are praying that everything looks great with the heart in a couple of weeks!

Whew! Have any of you dealt with any similar things?

Other that all of that craziness, everything is proceeding normally for me. I’m 18 weeks right now and have hit that point where I can’t really hide it anymore, but don’t quite have that popped “bump” yet. Maternity clothes are a must though–especially tops. Here’s what I look like now, compared with what I looked like in my other pregnancies at similar stages: 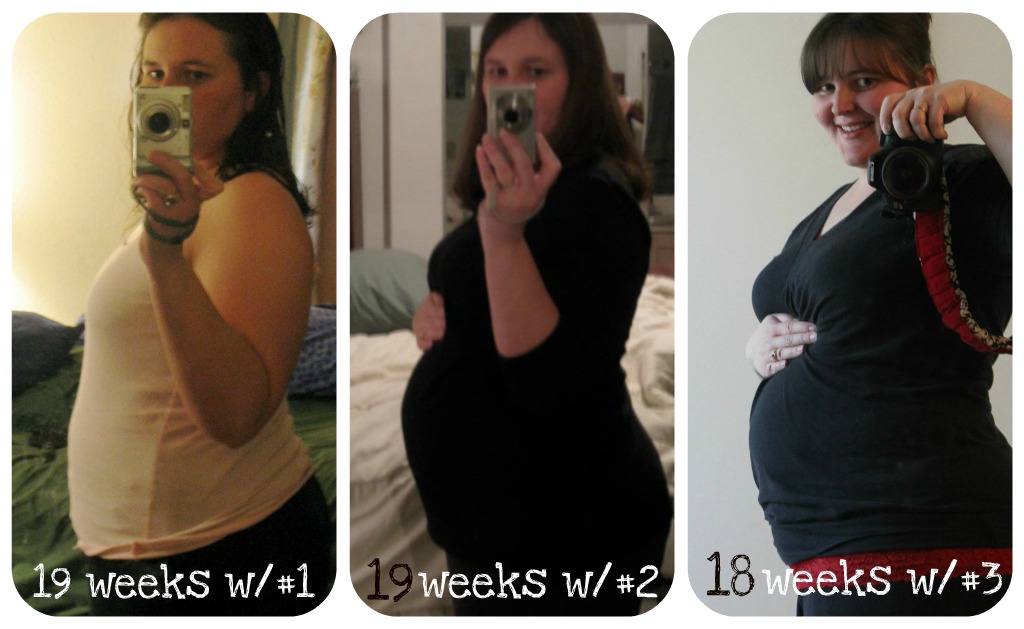 It’s amazing how much slower everything was to “pop” the first time around (and how much worse my photography skills were–nothing like photos in front of a messy bed)!! Given my history, I should definitely be looking clearly pregnant all of the time within the next couple of weeks! Right now, we’re just looking forward to the upcoming ultrasound & I’m eager to start feeling this little one. I have an anterior placenta this time (which from our ultrasounds it is clear that baby likes to snuggle with), so I won’t be able to feel anything until baby’s movements are strong enough to go through the placenta in addition to everything else–my Dr. said it could be as late as 23 weeks before I start feeling anything consistent.

Wow, that was long! Thanks for reading! Hopefully other updates won’t be quite as eventful! And, after the next ultrasound I’ll be able to share baby’s gender (we have a pretty good idea already, but they’ll confirm that at the next appointment also)! 🙂 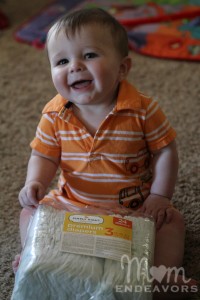 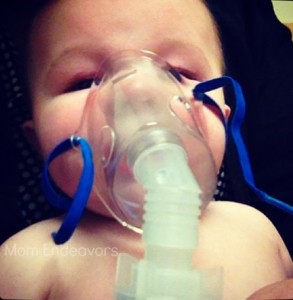 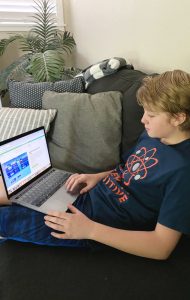 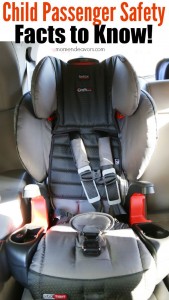