If you follow anything in the entertainment/pop-culture industries, then you probably already know that Marvel’s The Avengers opened today, May 4th! Mr. Mom Endeavors and I had the pleasure of checking it out earlier this week in IMAX 3D! If you’re not already familiar with the storyline and cast, here’s some info:

“Marvel’s The Avengers”—features iconic Marvel Super Heroes Iron Man, The Incredible Hulk, Thor, Captain America, Hawkeye and Black Widow. When an unexpected enemy emerges that threatens global safety and security, Nick Fury, Director of the international peacekeeping agency known as S.H.I.E.L.D., finds himself in need of a team to pull the world back from the brink of disaster. Spanning the globe, a daring recruitment effort begins.

Starring Robert Downey Jr., Chris Evans, Mark Ruffalo, Chris Hemsworth, Scarlett Johansson, Jeremy Renner and Tom Hiddleston, with Stellan Skarsgård and Samuel L. Jackson, and written and directed by Joss Whedon, “Marvel’s The Avengers” is based on the ever-popular Marvel comic book series “The Avengers,” first published in 1963 and a comics institution ever since.

The movie was great! In fact, Mr. Mom Endeavors is already trying to figure out when he can go again! As with many big summer blockbusters, there was some concern about whether or not the movie could live up to the hype. But, we totally think it did! Mr. Mom Endeavors went in with pretty high expectations and was not let down. While I enjoy a good action-packed, super hero flick, I don’t love them the way that he does–so my expectations weren’t nearly as high. But, I really loved the movie too.

We both thought that the writers/director did a really good job with getting all of the characters good screen time. Not only did each main character get decent individual, character-development time, but there were multiple times when all the Avengers were together on screen. As expected, the movie has some great special effects and tons of good super hero action (sometimes even with super heros going at it with other super heros). But, what really surprised us is how funny the movie was in numerous parts! The script was brilliantly constructed with lots of witty comments and some hilarious one-liners! Of all the previous Avengers’ character’s movies, Mr. Mom Endeavors and I think the first Ironman is the best. And, we both argree that The Avengers is just as good, if not better, than that!

Like the other movies in the series, The Avengers is rated PG-13, so the lit­tle guys won’t be see­ing it any­time soon. But, I think older kids would love it! We haven’t quite decided yet at what age the non-animated super hero, live action movies will be appropriate for Big Brother. But, after seeing the movie, Mr. Mom Endeavors and I think the “magic” number for us is around age 9 or 10. With that said though, I was pleased at the family-friendly feel to the movie–especially for a PG-13 rating. There really wasn’t very much bad language or innuendo; the main reason for the PG-13 rating is just the expected action & violence. So, as soon as we feel like they’re old enough, they’ll definitely be seeing it! In fact, with a soon-to-be house of 3 little boys, I think there will be many, many super hero movies in our future! 🙂

Marvel’s The Avengers hits theaters everywhere TODAY, May 4th! And, it’s starting off the summer blockbuster season with a hulk-sized BANG!

Dis­clo­sure: We saw this movie at a free press screen­ing at the invi­ta­tion of Dis­ney.  Thank you, Dis­ney! All opin­ions and expe­ri­ences are my own and your opin­ion of the movie may dif­fer from mine. 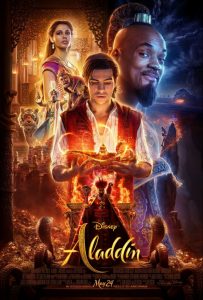 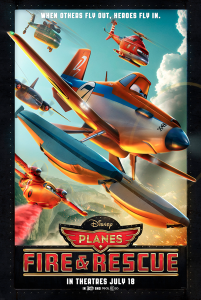