Your superhero fans will love this easy-to-make Guardians of the Galaxy Groot Snack! 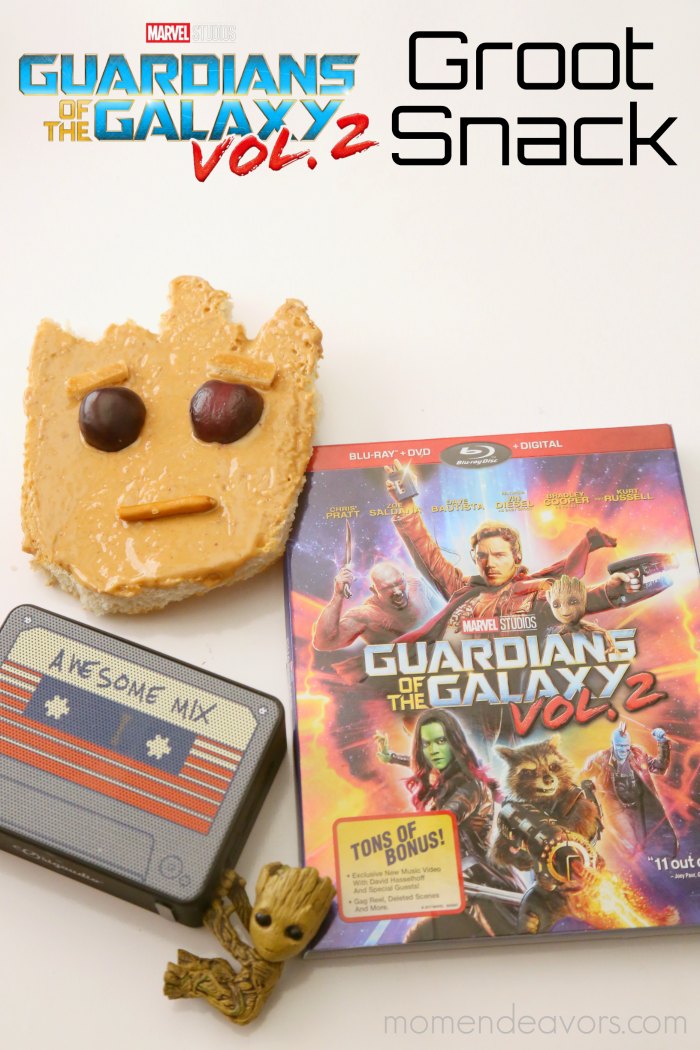 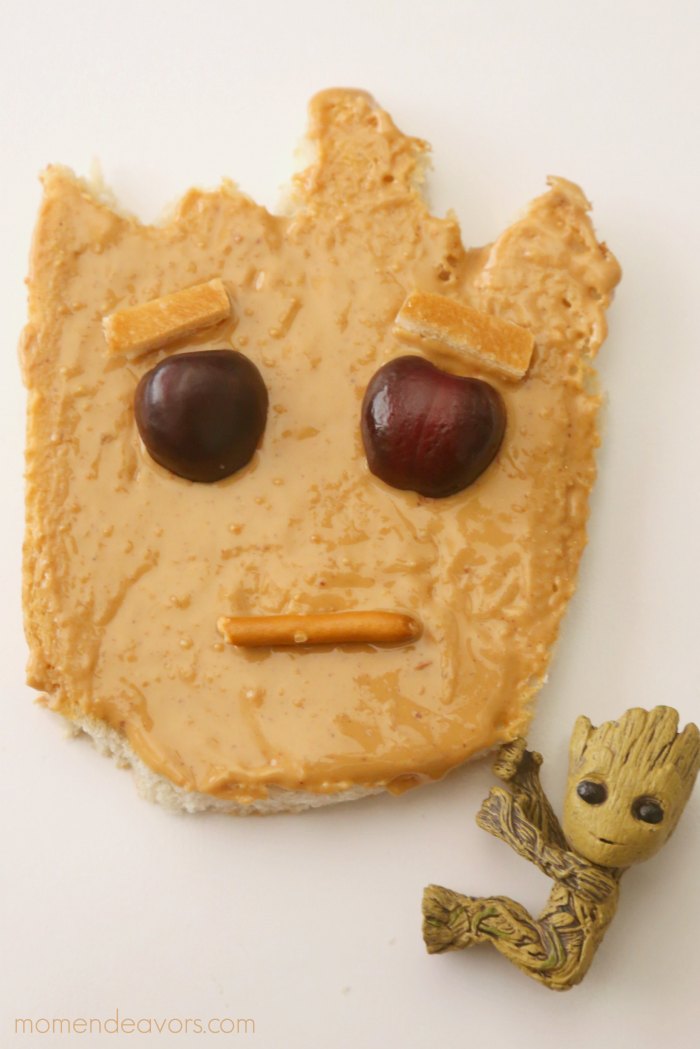 Isn’t it cute?! HA! Even though my boys haven’t see the movie, they know all about Groot and love him! And you just have to love some Groot bread – we just recently got some at Disneyland!

You know we couldn’t resist the #GrootBread during Summer of Heroes at @Disneyland! Not so sure Groot approves or not! 😉 Would you eat Groot bread?!

SO fun!!!! So, I decided it would be fun make them some “Groot bread” here at home for a snack and it’s SO easy to make! You’ll just need some bread (I used some sourdough that already had a good Groot face shape), peanut butter (sun butter or other nut butters could also work), a cut pretzel stick for the mouth, and fresh or dried cherries for the eyes! You just cut the bread to make a Groot face shape, toast, butter, then add face details. 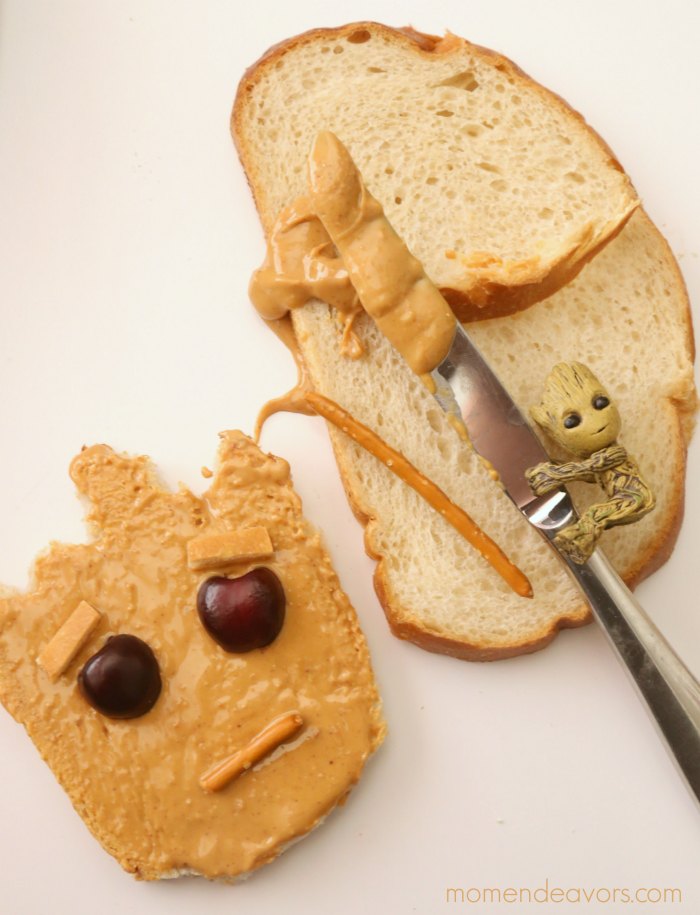 The end result is tasty and yummy! My boys enjoyed this as a fun after school snack. But, it could be a fun breakfast or a fun snack to make for a Guardians of the Galaxy movie night! 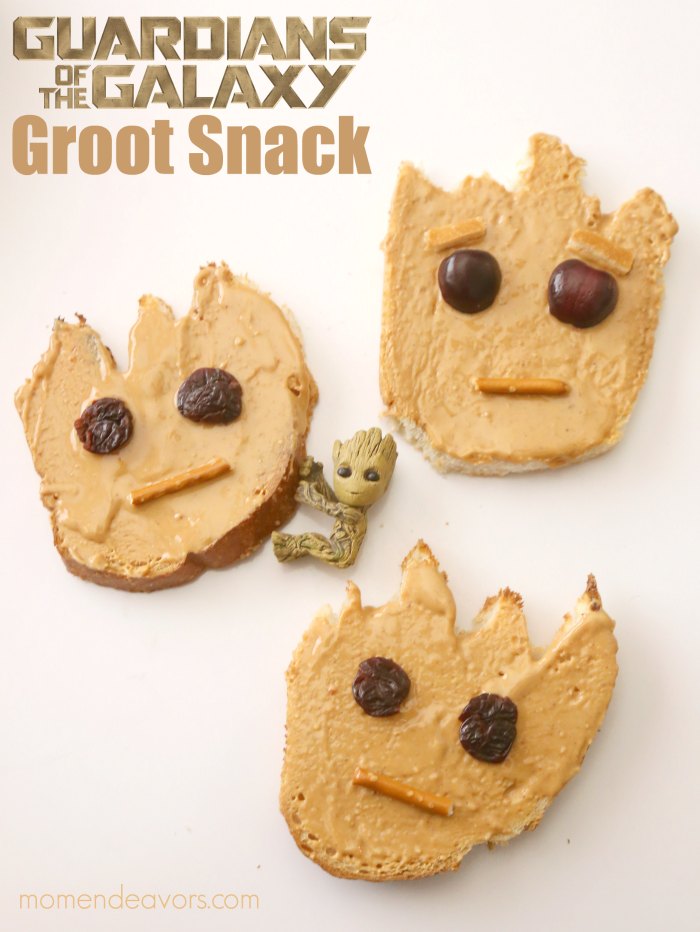 Cute, fun, & tasty! So, I recommend picking up a copy of Guardians of the Galaxy Vol. 2 and having some movie fun at home! There’s some super fun bonus features on the Blu-ray too (gotta love a gag reel!!)!

All the features listed above plus four extra exclusives: