Marvel Universe LIVE! is taking the live entertainment experience to a whole new groundbreaking level, with a mind-blowing stunt show unlike anything experienced before! Watch your favorite Marvel Super Heroes including Spider-Man and The Avengers (Iron Man, Black Widow, Hulk and more) plus menacing Villains come to life in an action-packed arena extravaganza.

So, essentially the show is like little boy heaven! We surprised our boys with show and they were beyond excited!! 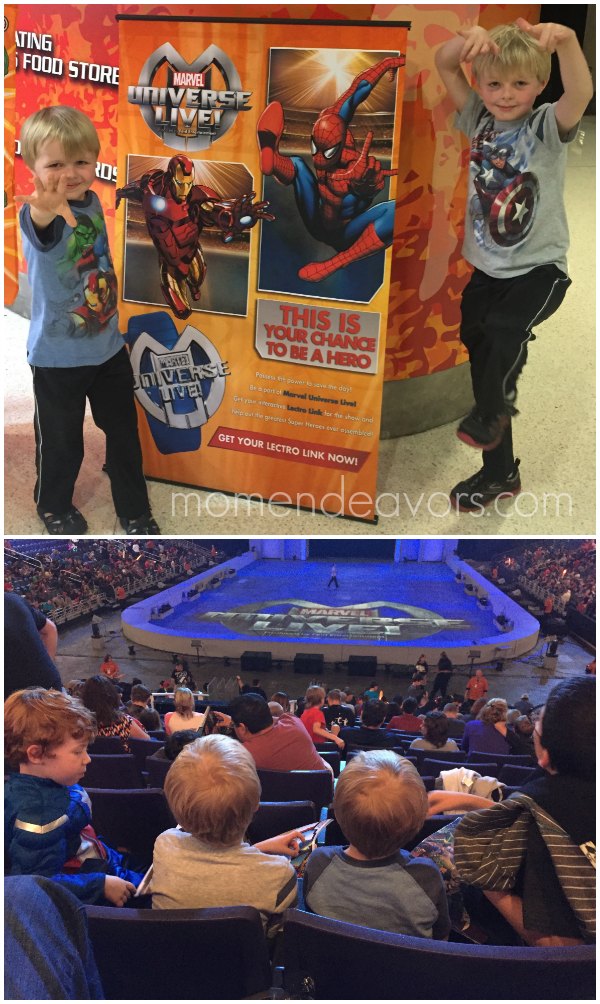 It was SO fun watching how engrossed the kids were in the show! Superhero shirts & full costumes were seen throughout the crowds (on both kids AND adults). Such a great, fun family atmosphere! And, the show overall was really well done. Honestly, I wasn’t quite sure what to expect, but the adults in our crew were pleasantly surprised (and the kids pretty much thought it was the greatest thing ever)!

There were a lot of different stunts in the show – lots of action going on! You’ll see some cool projection technology, lots of wire stunts & superheroes flying in from high above the arena, motorcycle stunts, villain fighting, car flipping, and pyrotechnic effects! There was even a villain ON FIRE!!!

Here’s a little glimpse at what you can expect:

So, be sure to check the tour schedule and the next time Marvel Universe Live is in a city near you, get tickets for your favorite superhero fans. You’re sure to have a Marvelous time!

Disclosure: I received media tickets in exchange for this coverage. As always, all opinions are entirely my own.