This post was sponsored by SanDisk as part of an Influencer Activation for Influence Central and all opinions expressed in my post are my own.

Looking for a great technology gift for yourself or your favorite phone photographer? The Ixpand Wireless Charger Sync from SanDisk is a great option, doubling as a wireless charger and automatic backup! 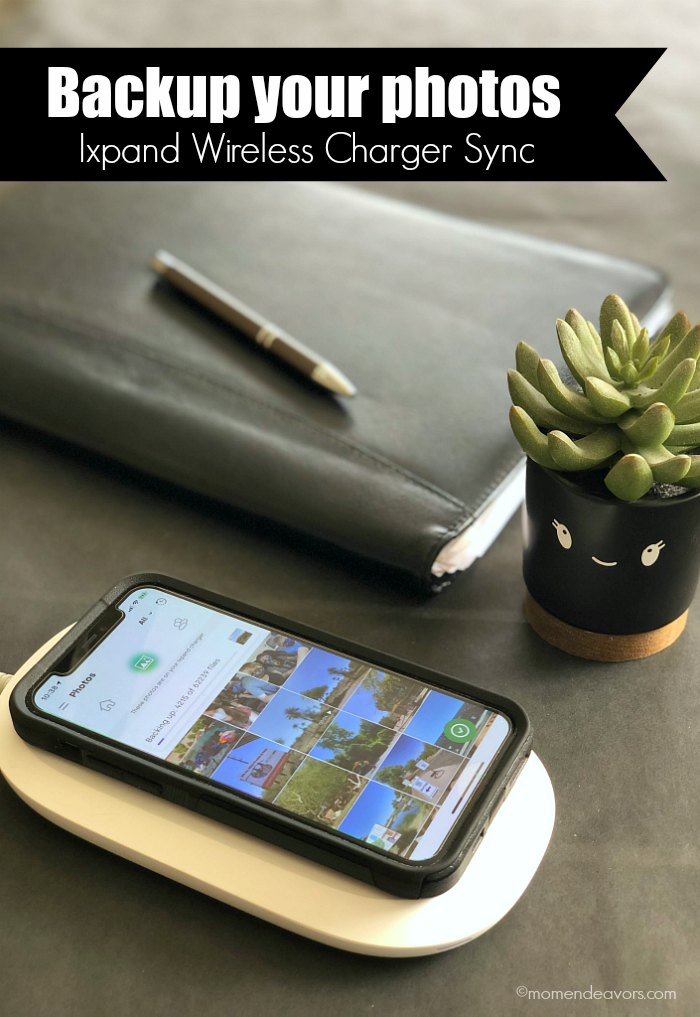 Given my job here as a content creator and my penchant for memory keeping, I tend to be a bit of a digital photo hoarder. As phone storage has gotten bigger, so too has the number of photos I have on my phone (it’s over 50,000). So, if follow me on social or know me in real life, then you might know that one of my projects this year has been to be better organize and backup my photos. And one tool that I’m loving to help do that is the Ixpand Wireless Charger Sync from SanDisk.

What is the Ixpand Wireless Charger Sync?

The Ixpand Wireless Charger Sync from SanDisk is the world’s first wireless charger with automatic local back up. This means that you can charge your phone while simultaneously backing it up. So, you can wake up to fully charged and fully backed up phone! 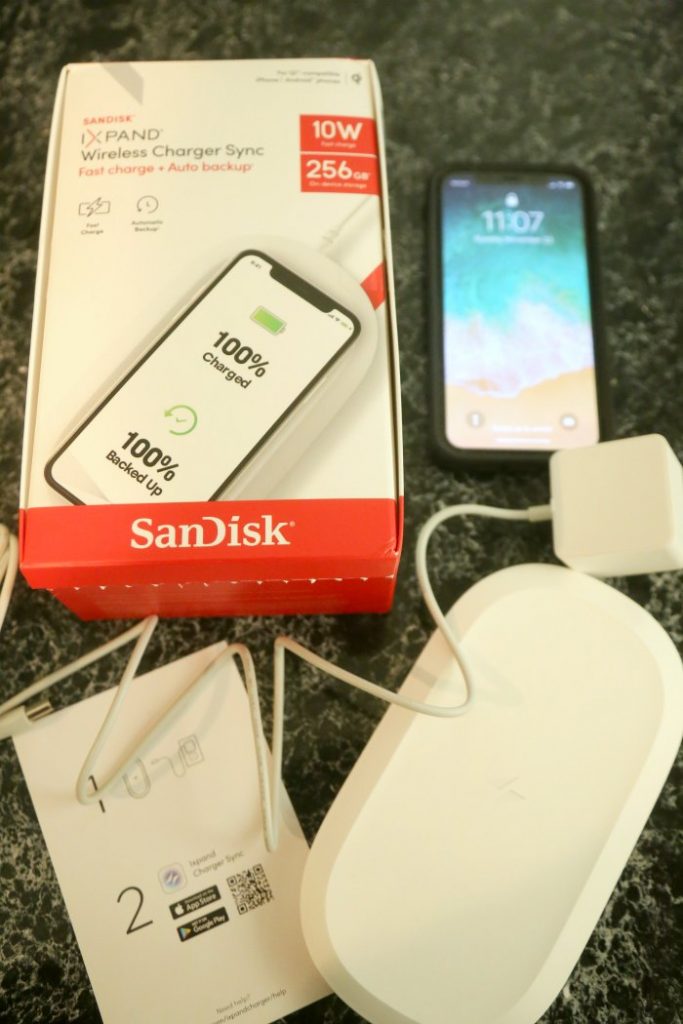 See that white pad? That’s the device. It supports fast wireless charging for AirPods Pro, iPhone 8 and up, Samsung Galaxy S7 and up, Samsung Galaxy Note 5 and up and other Qi-compatible phones even through most cases. I have a pretty “heavy-duty” case on my iPhone and it works great. The Ixpand also comes with a high-efficiency power plug with 6-foot cable for fast, convenient charging, right out of the box. I LOVE tech items that are easy and convenient!

Once you’ve got everything out of the box and the device placed where you’d like it, you’ll want to download the Ixpand App. The intuitive app will help you set everything up and then let’s you confidently free up space on your phone, knowing your photos are backed up in full resolution. 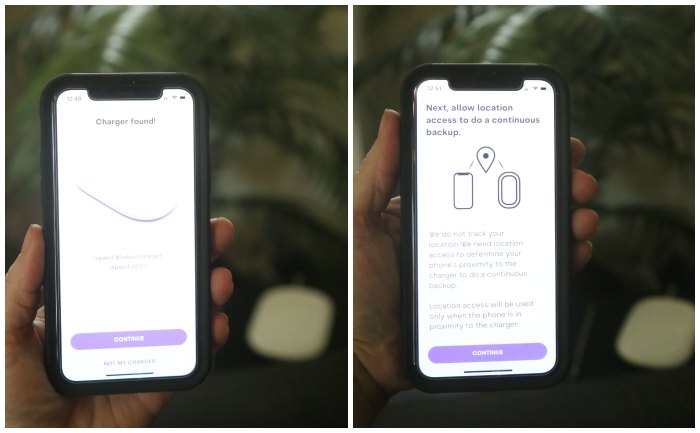 The setup was really easy through the app! You can even create multiple backup profiles if you’d like, allowing you to share the charger with everyone in your family. And, in addition to backing up your photos & videos, Ixpand also has the ability to backup your contacts as well. So, you don’t have to worry about losing the most important stuff from your phone.

Another great feature is that the backup is full-resolution. Right in the app, you can see everything that’s already been backed-up. And, you can also easily restore your photos to your phone through the app at any time. So, this helps you confidently free up space (helping with the issue of running out of memory on the phone) and that’s a huge win-win for me! Plus, there’s no monthly recurring fees and no internet needed to charge and backup! 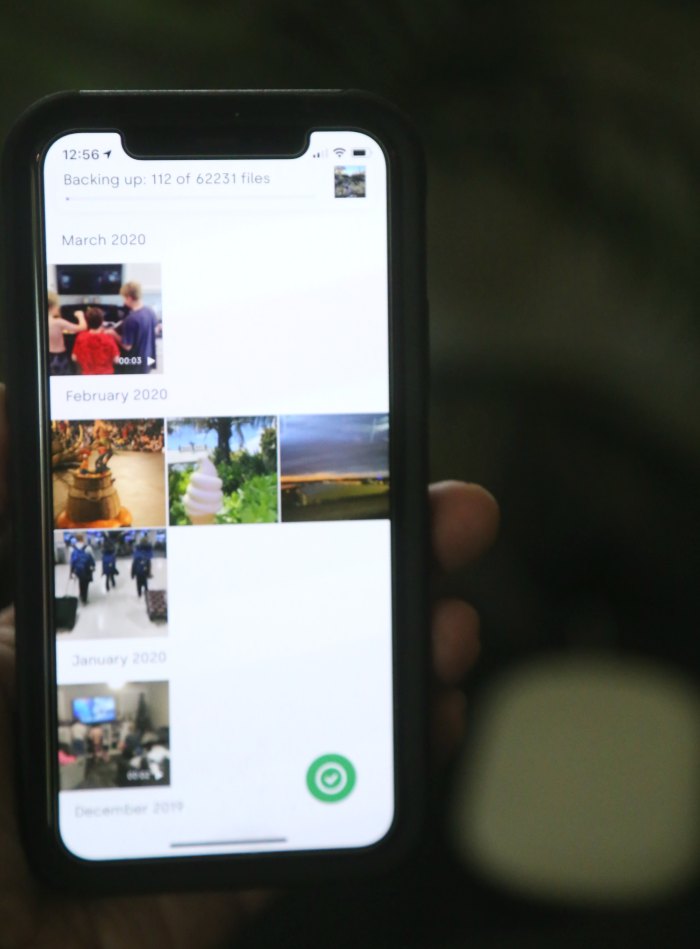 So, the Ixpand Wireless Charger Sync from SanDisk really is such a great option for those that have Qi-compatible phone since it’s a 2-in-1 device. You have to charge your phone anyway, so why not have it also backup your photos at the same time?! A win-win, especially if you’re a digital photo hoarder like me. And for an extra win, ordering through this blog post (click here: Ixpand Wireless Charger Sync from SanDisk) will get you 15% off!!! 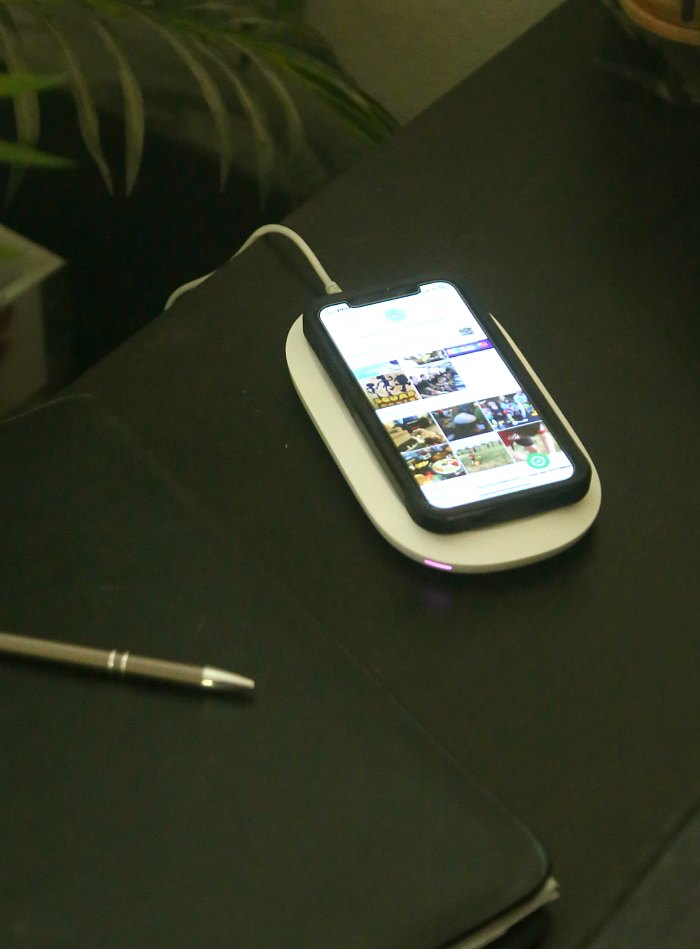